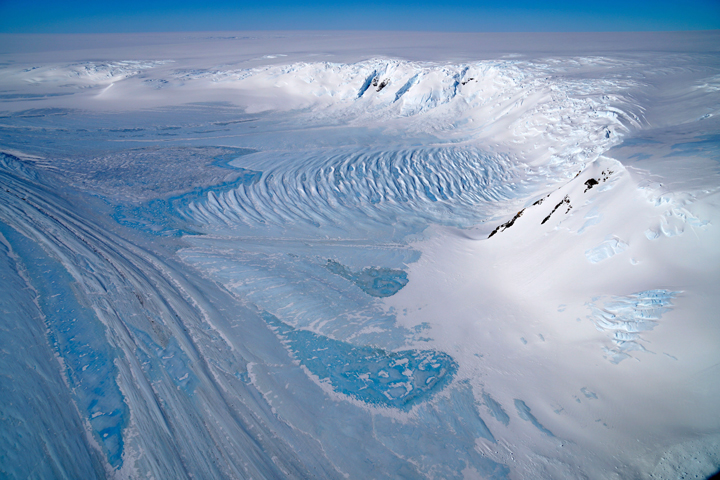 Vast expanses of a stark-white landscape in Antarctica are interrupted with patches of blue.