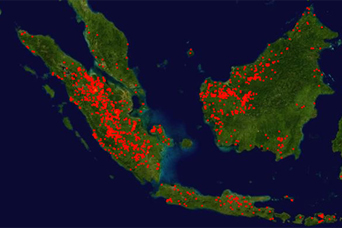 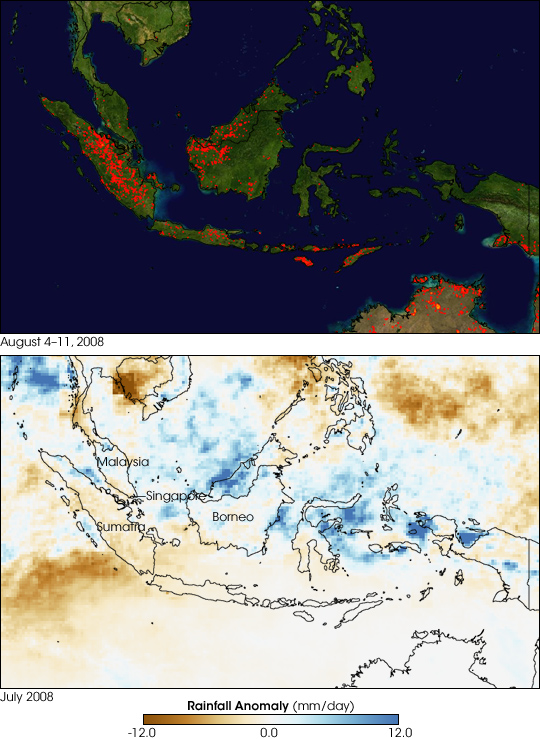 During the May-October dry season, fire often smolders through Indonesia’s tropical forests. The challenge is to keep track of the fires set in remote regions, a task perfectly suited to satellite imagery. Fire locations from MODIS for the week of August 4, 2008, are marked with red dots here. Officials were concerned that fires during the 2008 season could be more intense than normal because the dry season had been especially dry.

This image originally appeared in the NASA Earth Observatory story Fires in Indonesia.