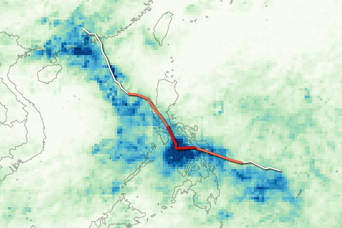 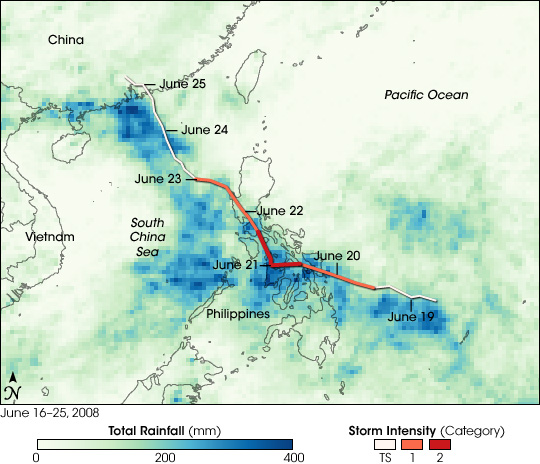 As the typhoon passed over the central Philippines, it reached Category 2 intensity, dumping heavy rain and causing flooding and landslides. Similarly heavy rains fell on the southeast coast of China as the storm made landfall.