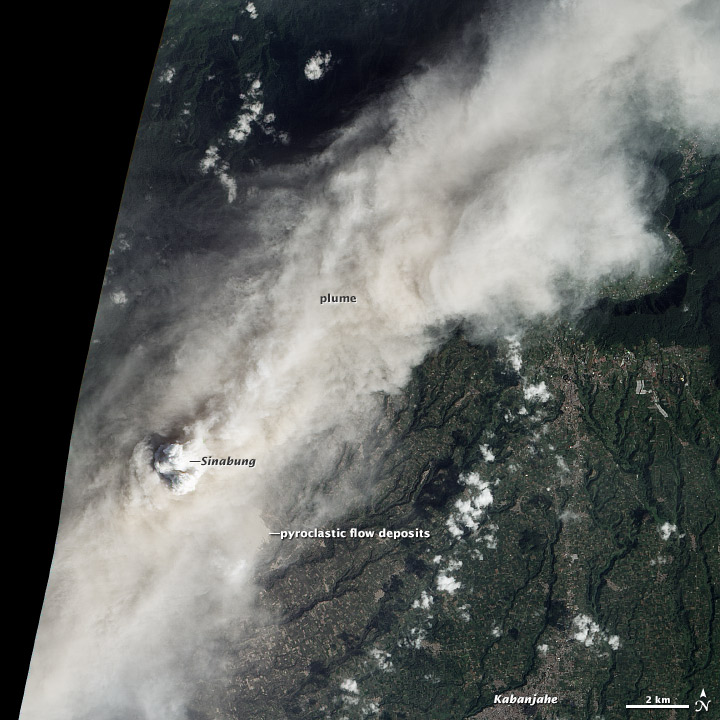 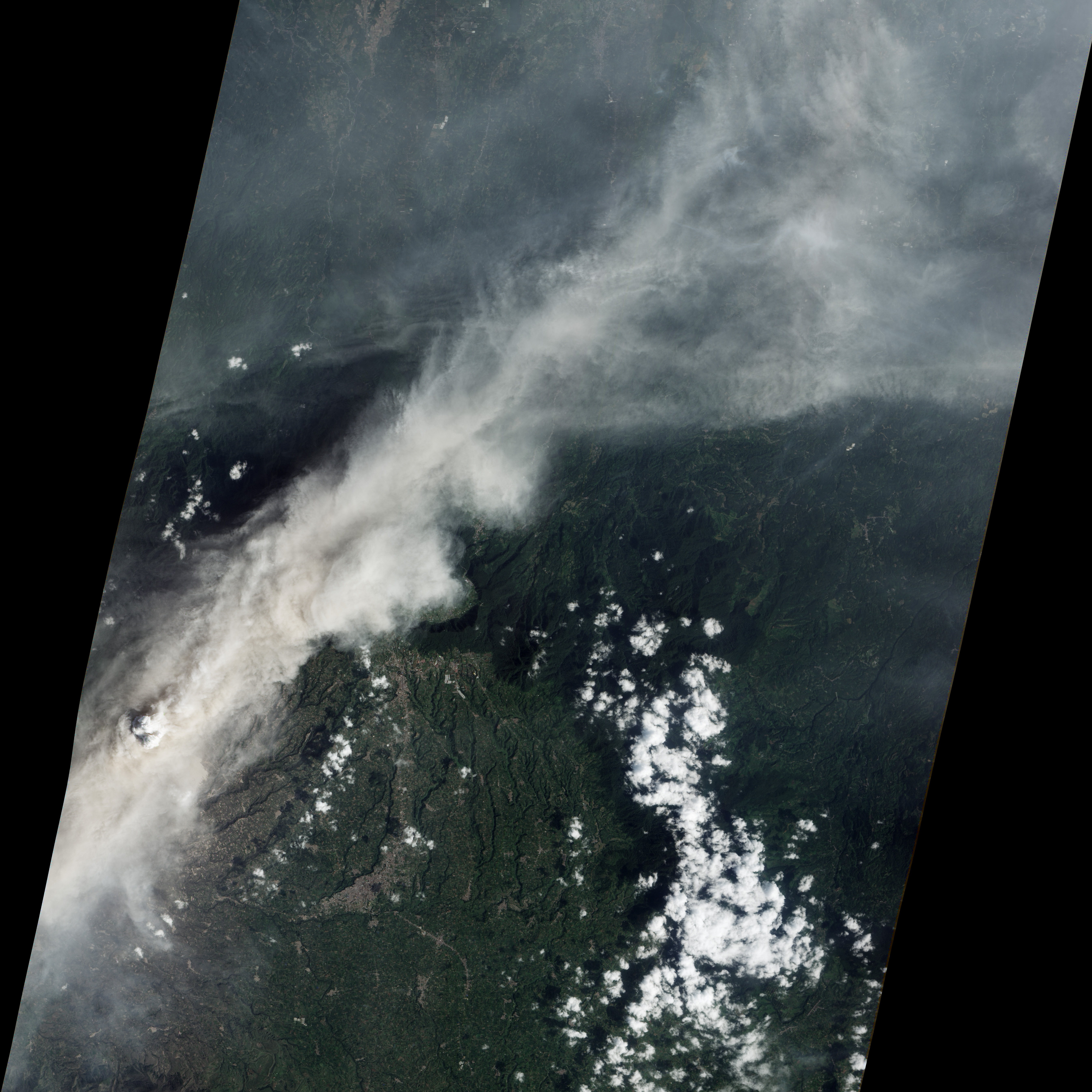 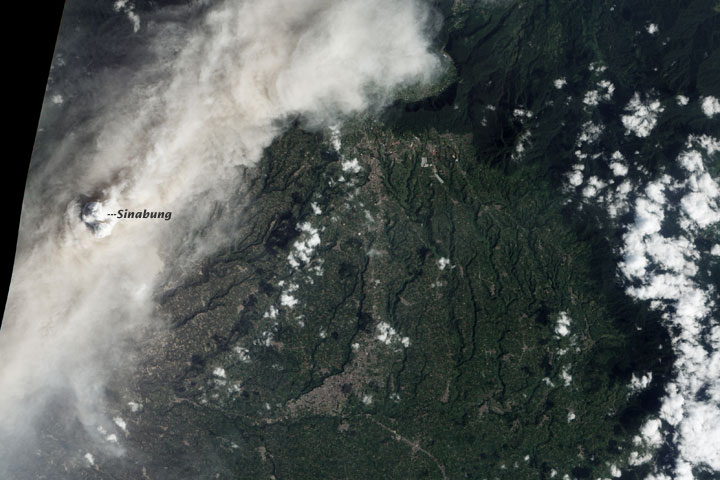 An intense eruption in Indonesia has covered the surrounding landscape in ash.