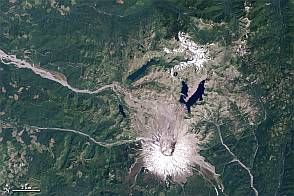 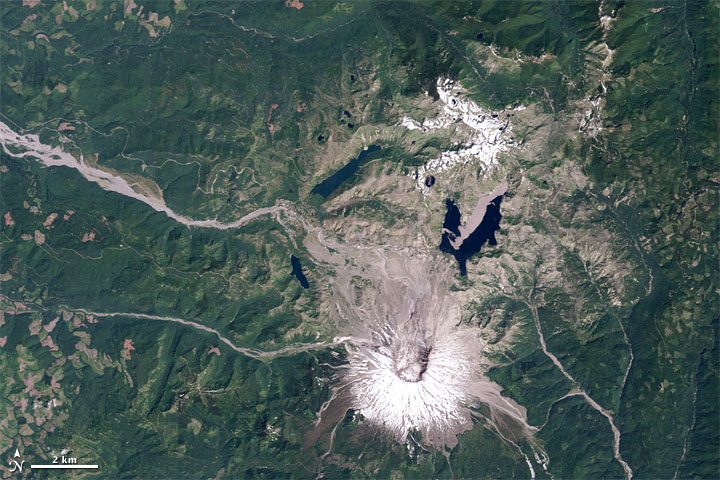 The 1980 eruption of Mt. St. Helens, which began with a series of small earthquakes in mid-March and peaked with a cataclysmic flank collapse, avalanche, and explosion on May 18, was not the largest nor longest-lasting eruption in the mountain's recent history. But as the first eruption in the continental United States during the era of modern scientific observation, it was uniquely significant.

In the three decades since the eruption, Mt. St. Helens has given scientists an unprecedented opportunity to witness the intricate steps through which life reclaims a devastated landscape. The scale of the eruption and the beginning of reclamation in the Mt. St. Helens blast zone are documented in this series of images captured by NASA's Landsat series of satellites between 1979 and 2011. The older images are false-color (vegetation is red) because earlier Landsats could not "see" blue light. To make a photo-like satellite image, you need red, green, and blue wavelengths of light.

Read more at World of Change: Devastation and Recovery at Mt. St. Helens