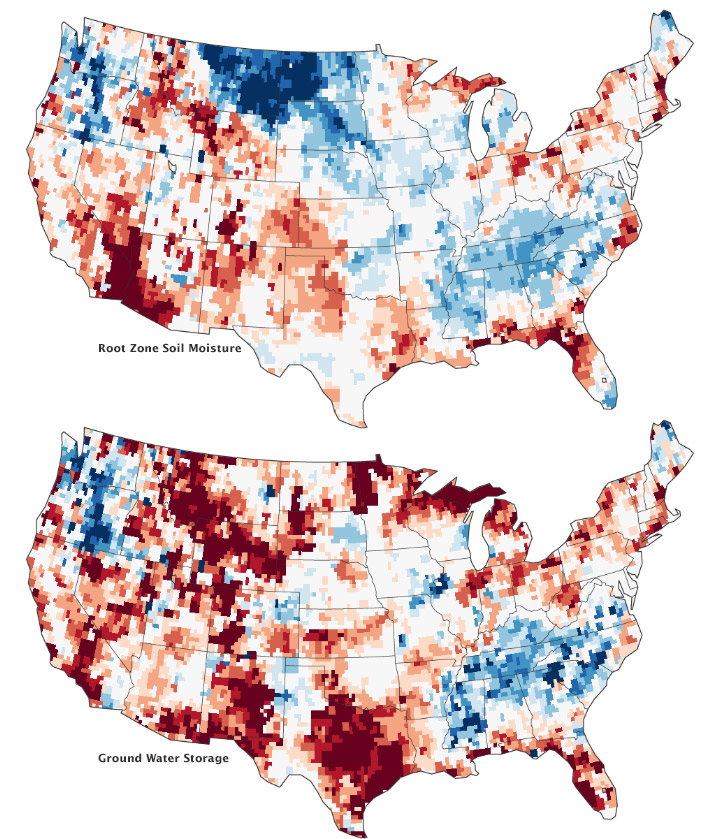 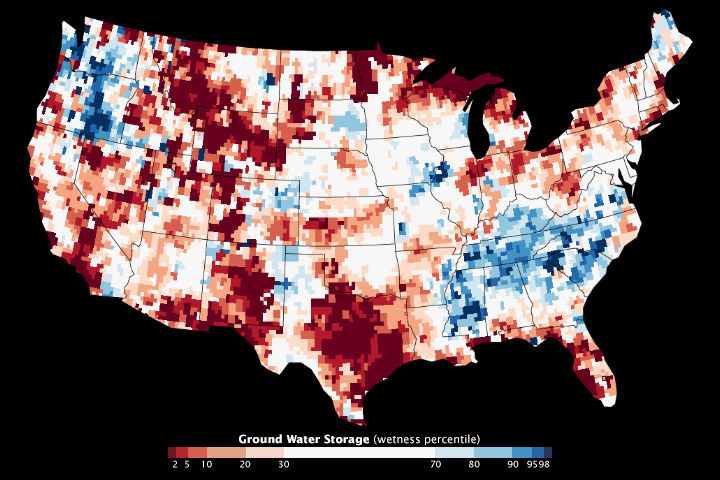 At the surface, moisture is more abundant than in 2012. But time will tell if it seeps down to restore aquifers parched by drought.

Maps by Chris Poulsen, National Drought Mitigation Center at the University of Nebraska-Lincoln, based on data from Matt Rodell, NASA Goddard Space Flight Center, and the GRACE science team. Caption by Mike Carlowicz, with assistance from Matt Rodell and Chris Poulsen.