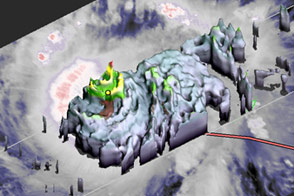 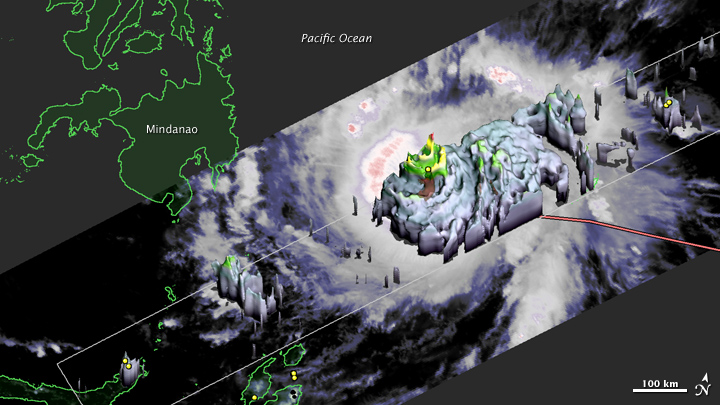 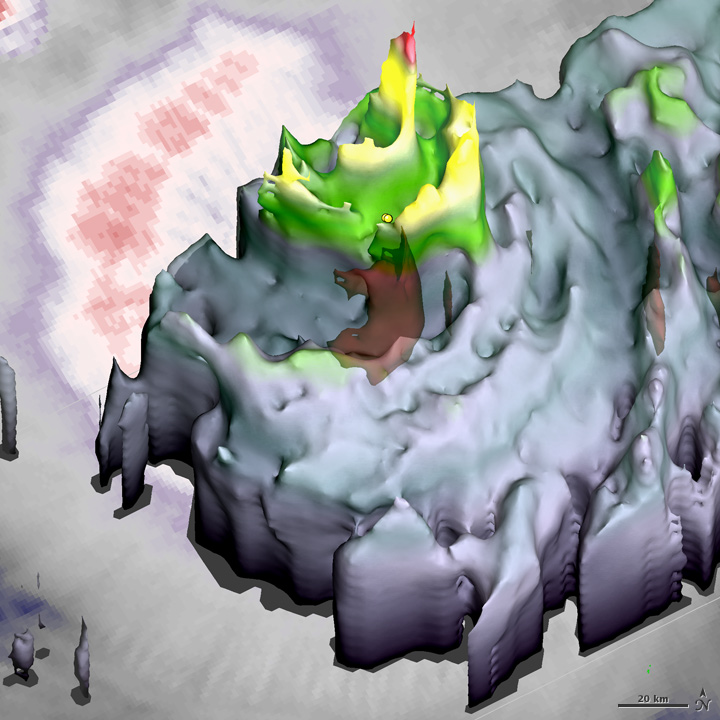 The TRMM satellite observed in 3D the eyewall of Supertyphoon Bopha shortly before noon on December 3, 2012.