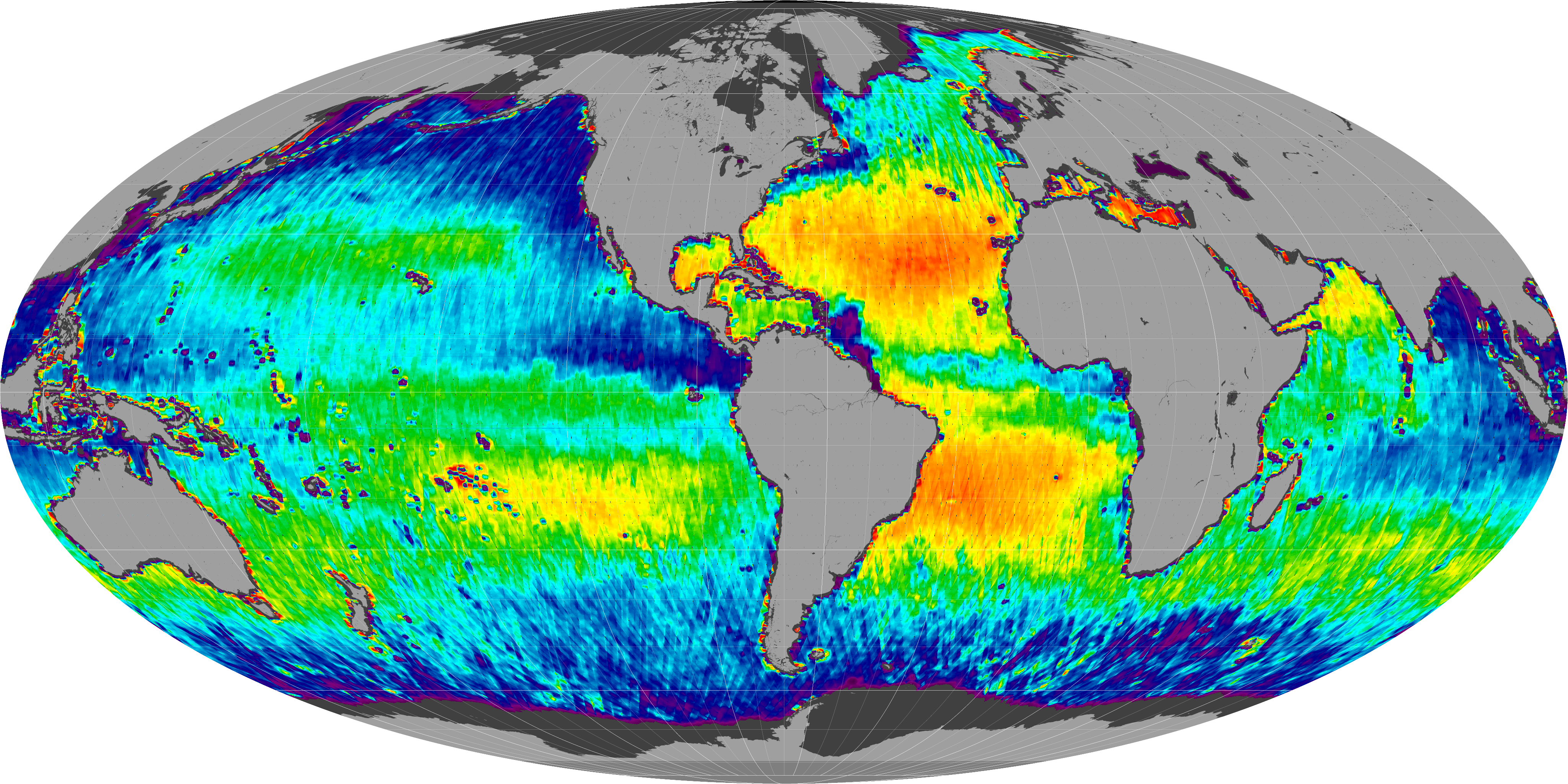 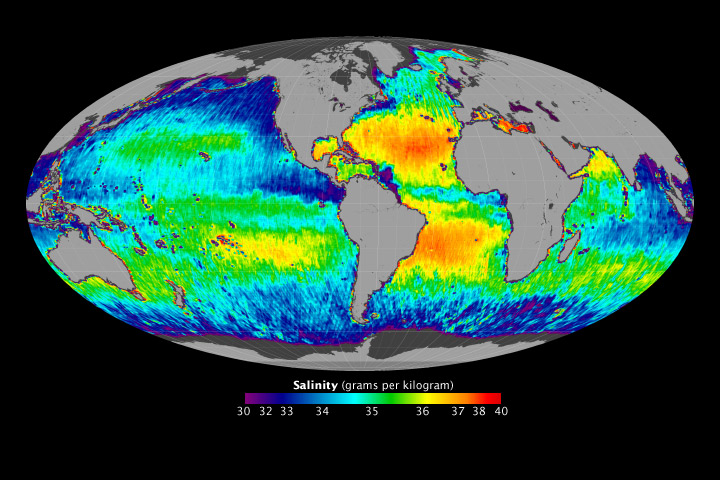 A Measure of Salt

One year after its launch, the Aquarius instrument is giving ocean sciences its first global view of sea surface salinity.

This image originally appeared in the NASA Earth Observatory story A Measure of Salt.