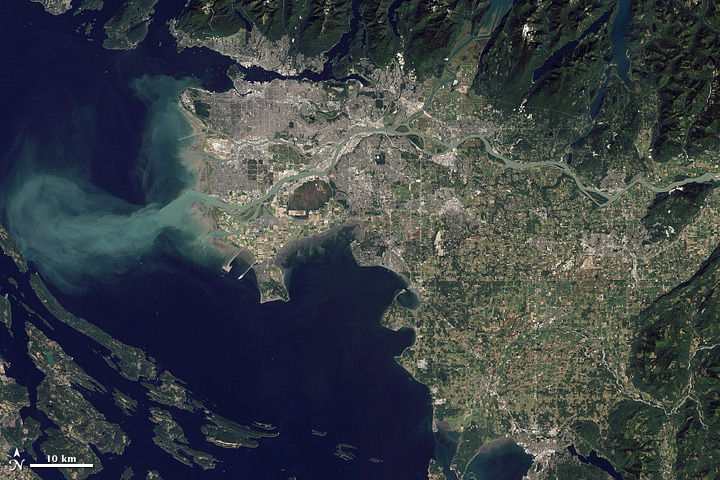 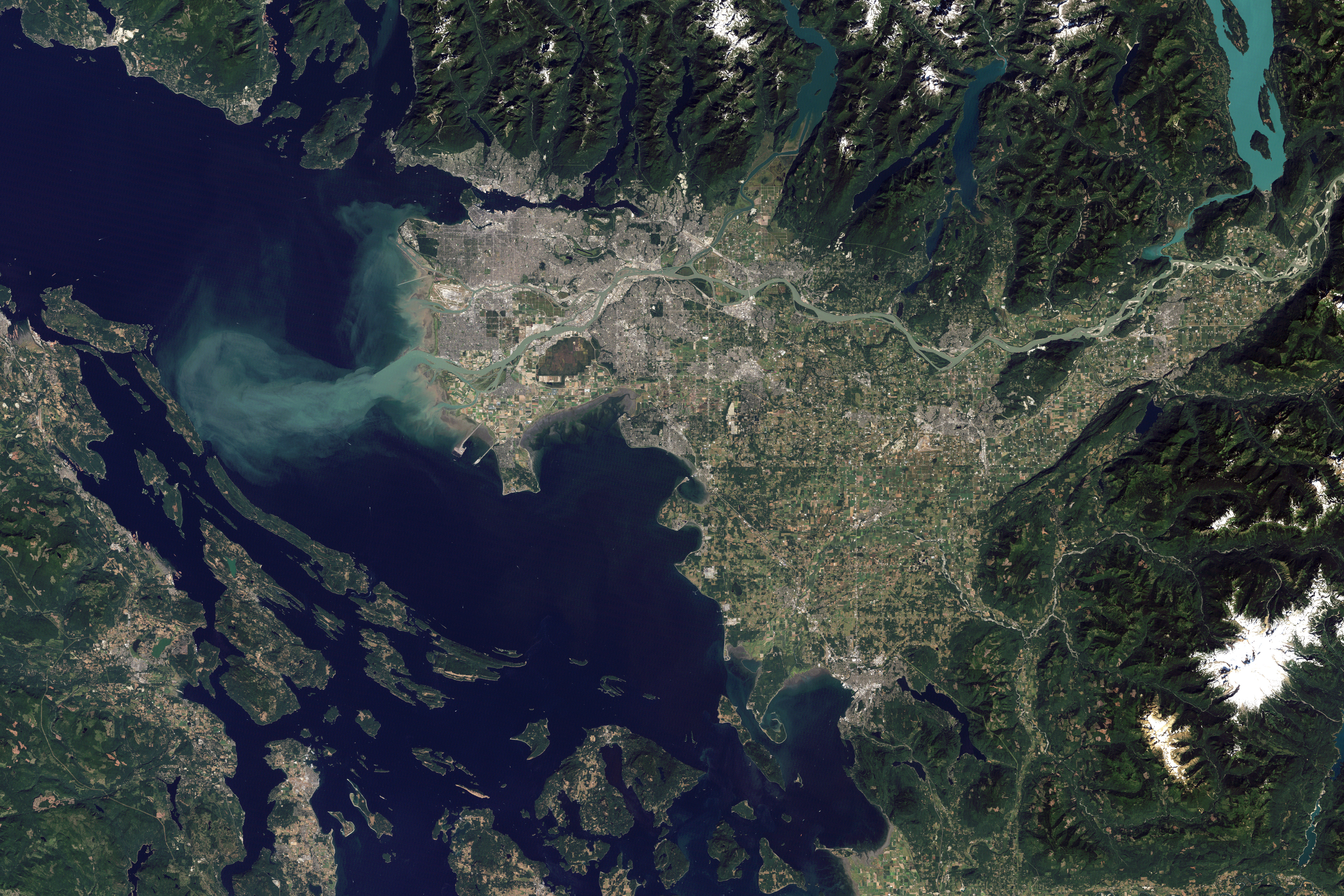 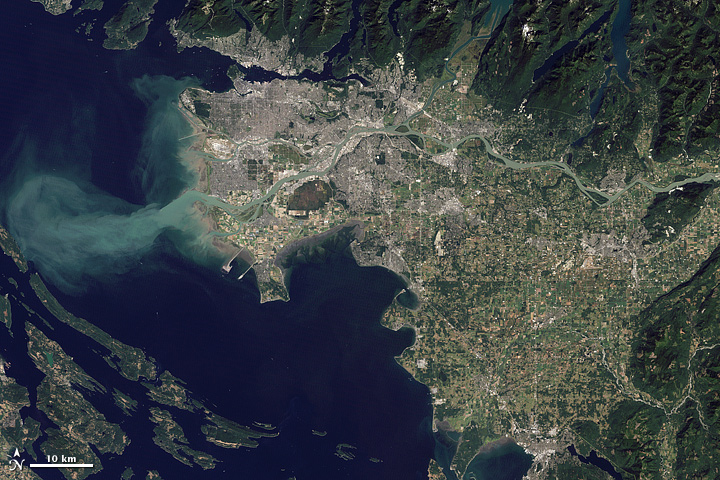 Flowing past the city of Vancouver, the Fraser River delivers a thick plume of sediment to the Strait of Georgia.