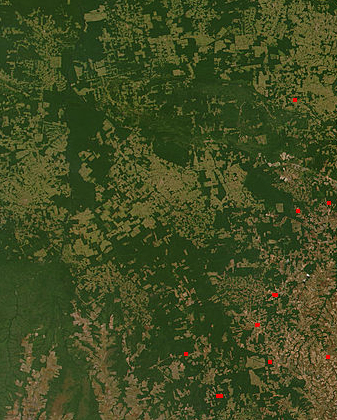 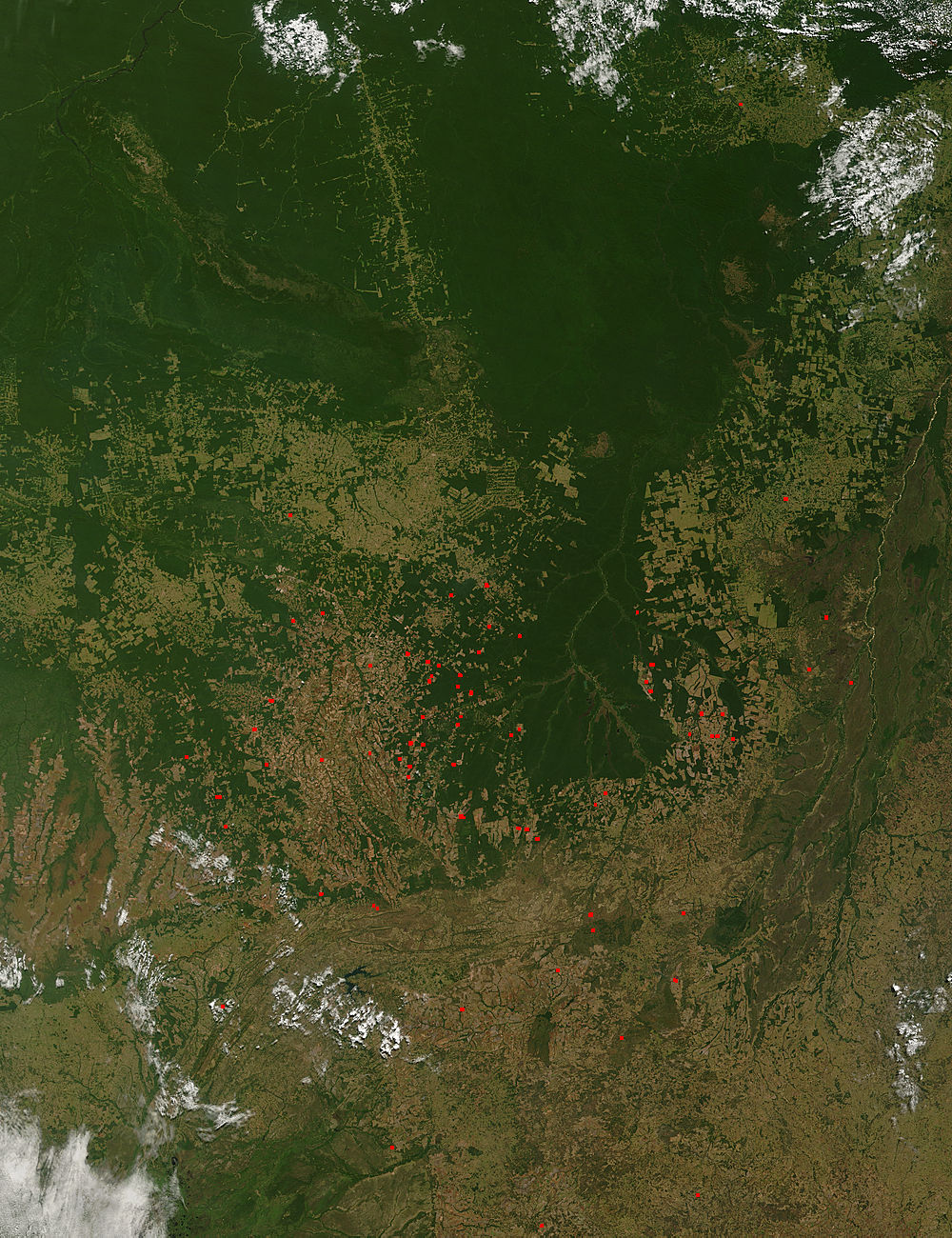 In the Brazilian state of Mato Grosso, verdant green Amazon Rainforest is broken up by broad tracks of pale green and tan deforested land. In 2005, the government of Brazil said that 48 percent of Amazon deforestation that took place in 2003 and 2004 occurred in Mato Grosso.

The transformation from forest to farm is evident in this pair of photo-like images (rollover the image to see an earlier image of the same area), taken by the Moderate Resolution Imaging Spectroradiometer (MODIS) on NASA’s Terra satellite. The top image was taken on June 28, 2006, while the rollover image is from June 17, 2002.

Although some deforestation is part of the country’s plans to develop its agriculture and timber industries, other deforestation is the result of illegal logging and squatters. The Brazilian government uses MODIS images such as these to detect illegal deforestation. Because the forest is so large and is difficult to access or patrol, the satellite images can provide an initial alert that tells officials where to look for illegal logging.