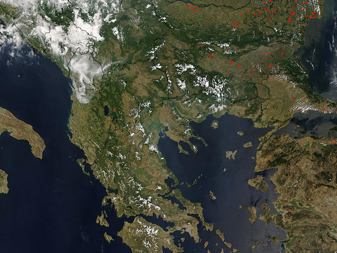 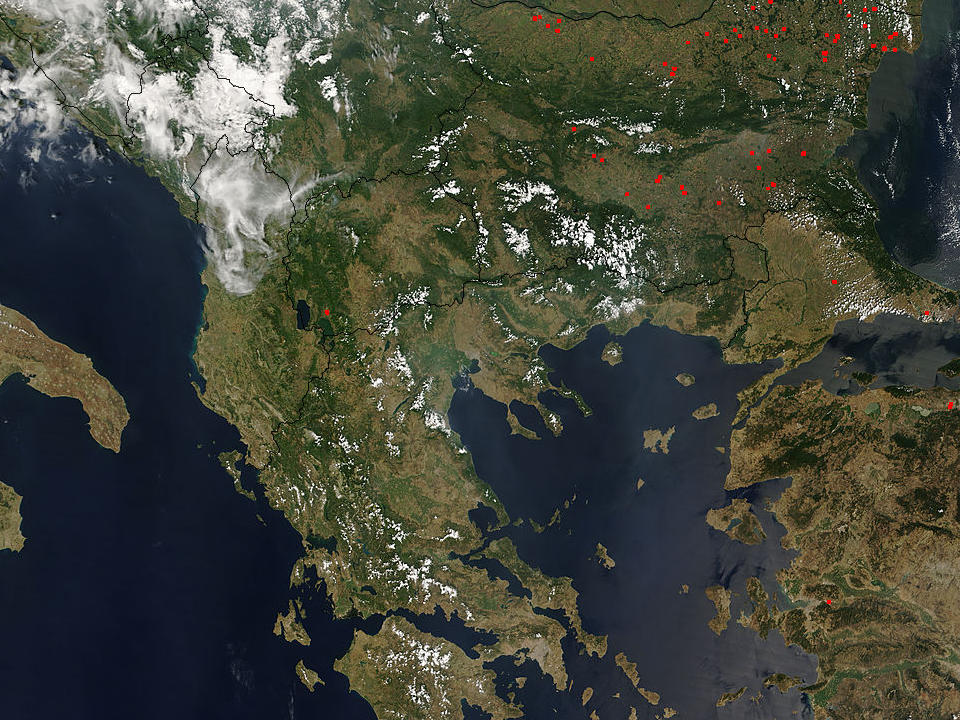 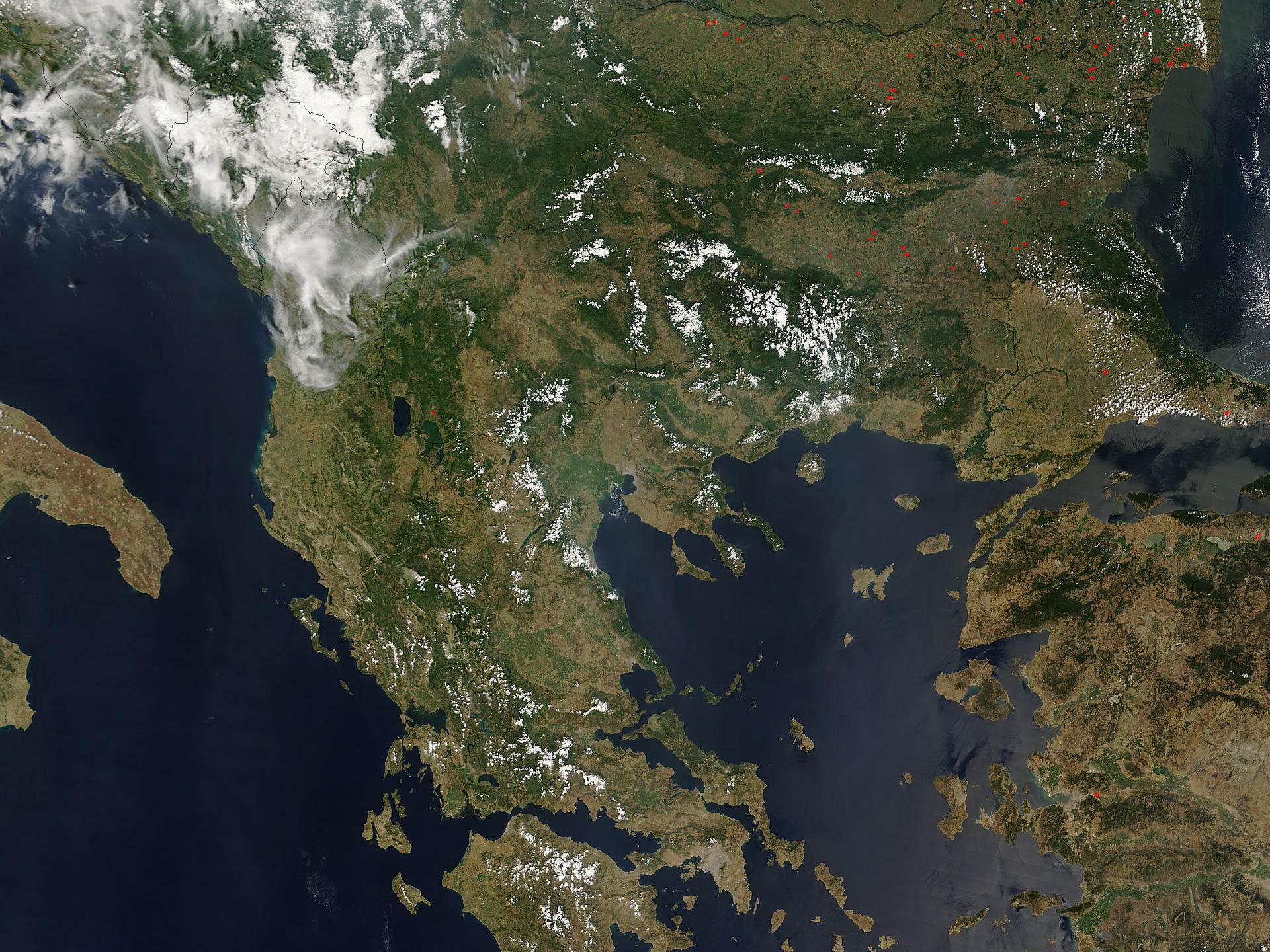 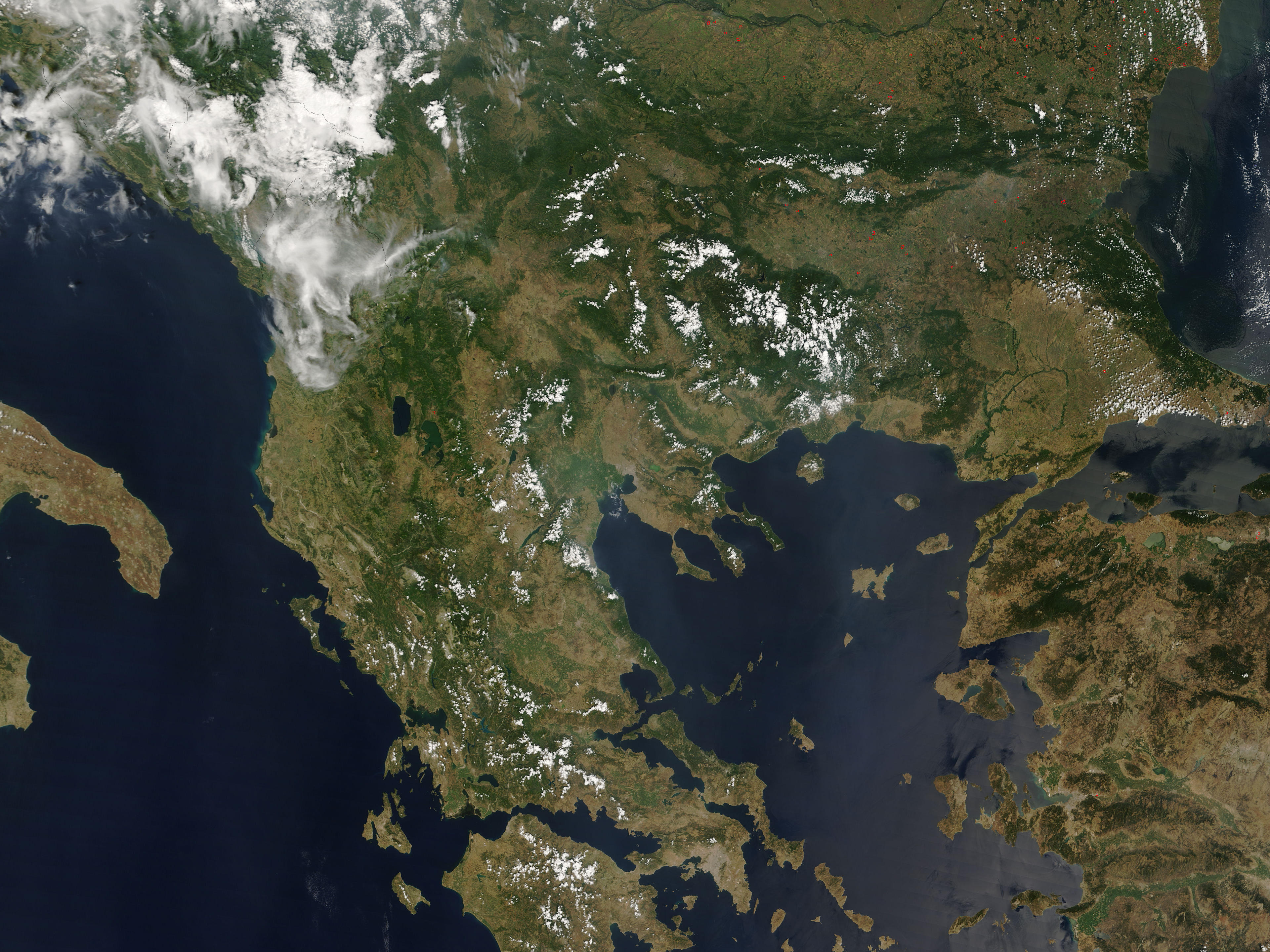 This MODIS Terra image, acquired August 2, 2006, shows most of Greece, with its jagged coastline, and many islands and peninsulas. Also shown are the countries surrounding Greece to the north - from left to right they are Albania, Macedonia, Bulgaria, and Turkey. The red dots on the image denote active fires, which appear to be mostly in Bulgaria.

The Peloponnesus peninsula (separated from the mainland by the Isthmus of Corinth), is at the bottom center of the image - the bottom part of it is cut off. To the east of it, at the very bottom of the image, is a small bay, and a gray patch, which is the city of Athens. Near the very center of the image is a three-pronged peninsula - the city of Thessalonica is located at the north end of it. The Ionian Sea is the west of Greece, and the Aegean Sea to the east.