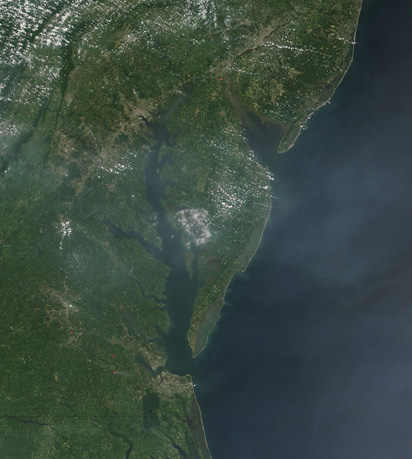 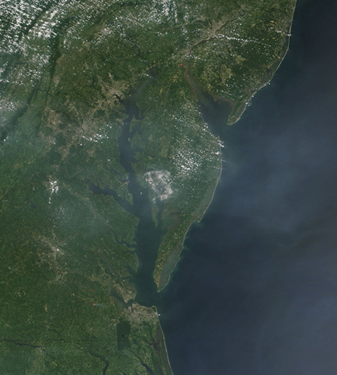 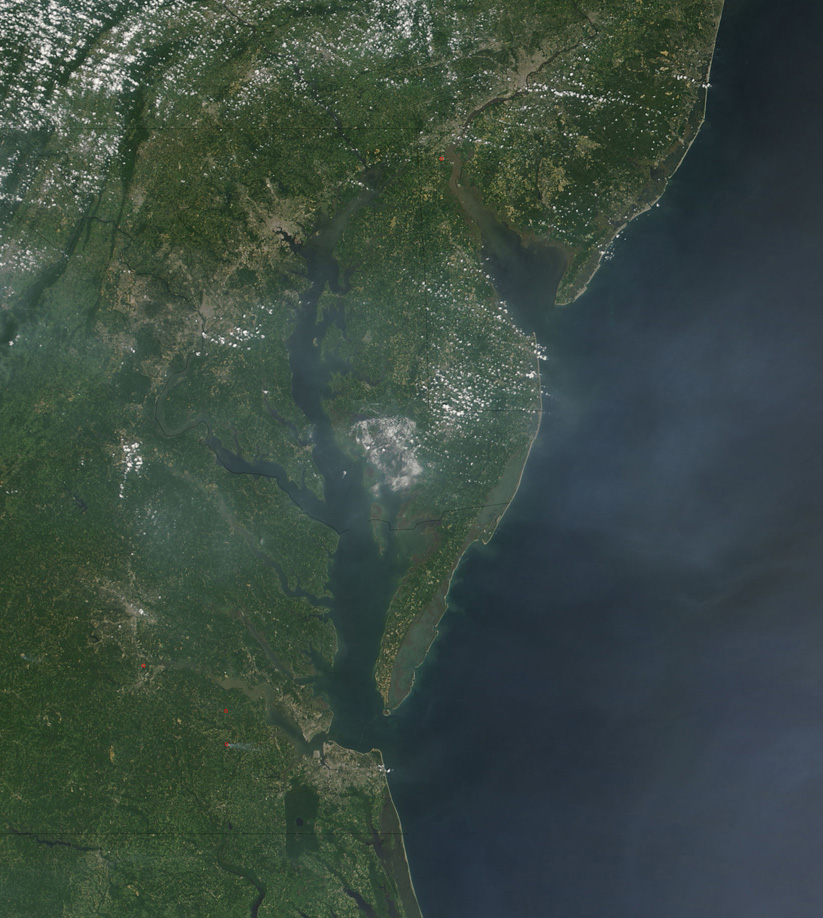 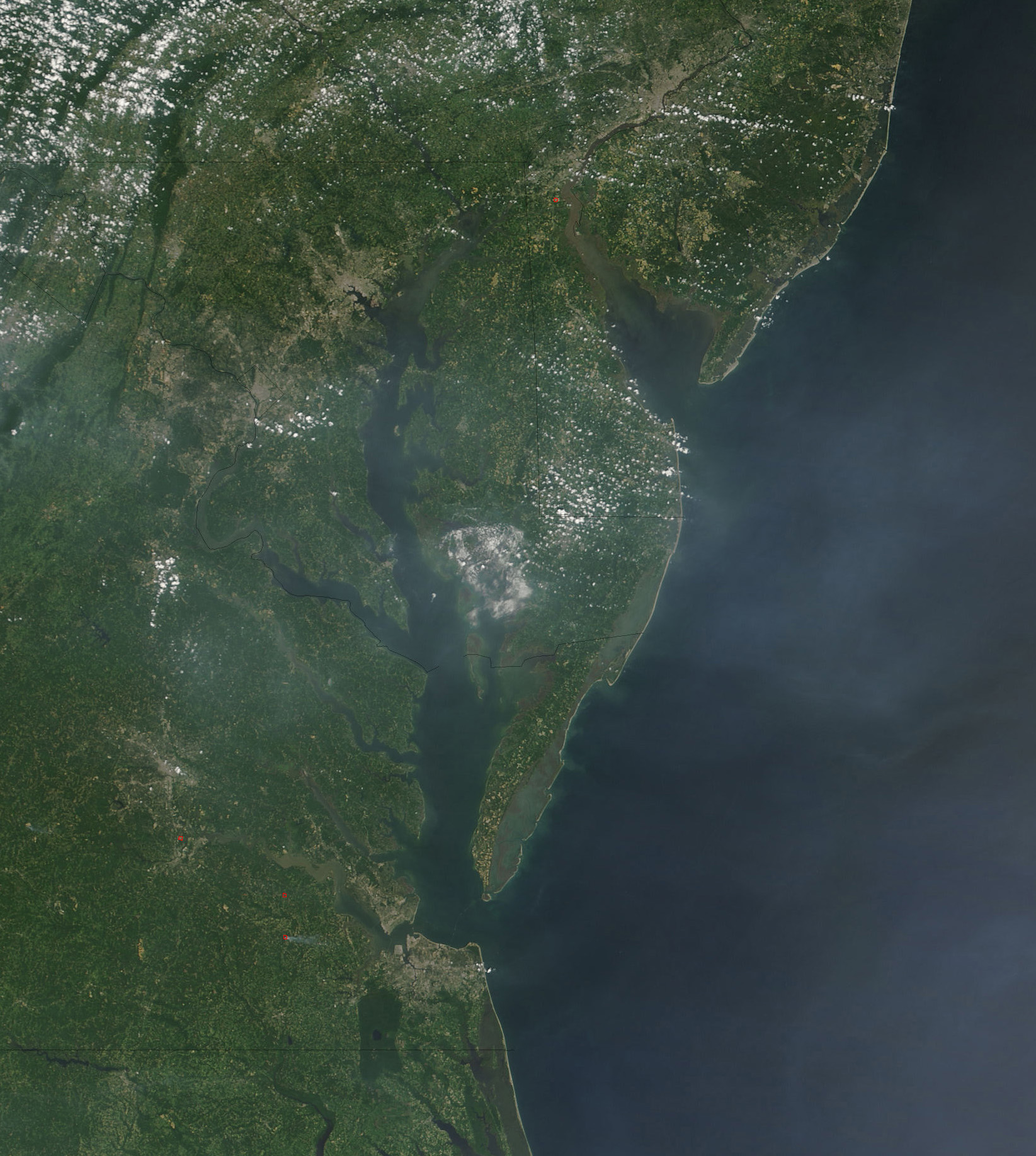 Haze over the Eastern United States

The MODIS on NASA’s Terra satellite captured this image on the morning of August 2, 2006, as temperatures were beginning to climb, on the east coast of the US. At the time, a high heat advisory was in effect for the region. In addition to trapping particulate pollution near the Earth, high heat, stagnant air, and humidity generate more ground level ozone, probably contributing to the filmy haze seen in this image.

The haze appears to be concentrated over the Atlantic Ocean east of Washington, D.C., but this may be an illusion. The white-grey air is easier to see against the dark blue water than over the green and tan land. A string of cement-grey cities, the most probable source of the pollution, line the coast in an arc from Philadelphia in the north to Virginia Beach in the south. However, like weather systems, air pollution can travel across the country, and some of this haze may come from locations farther west. Smoke from a few fires (red dots) may also be adding to the haze.