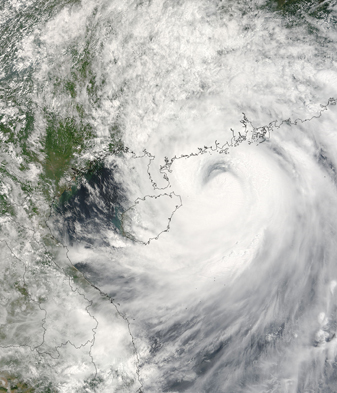 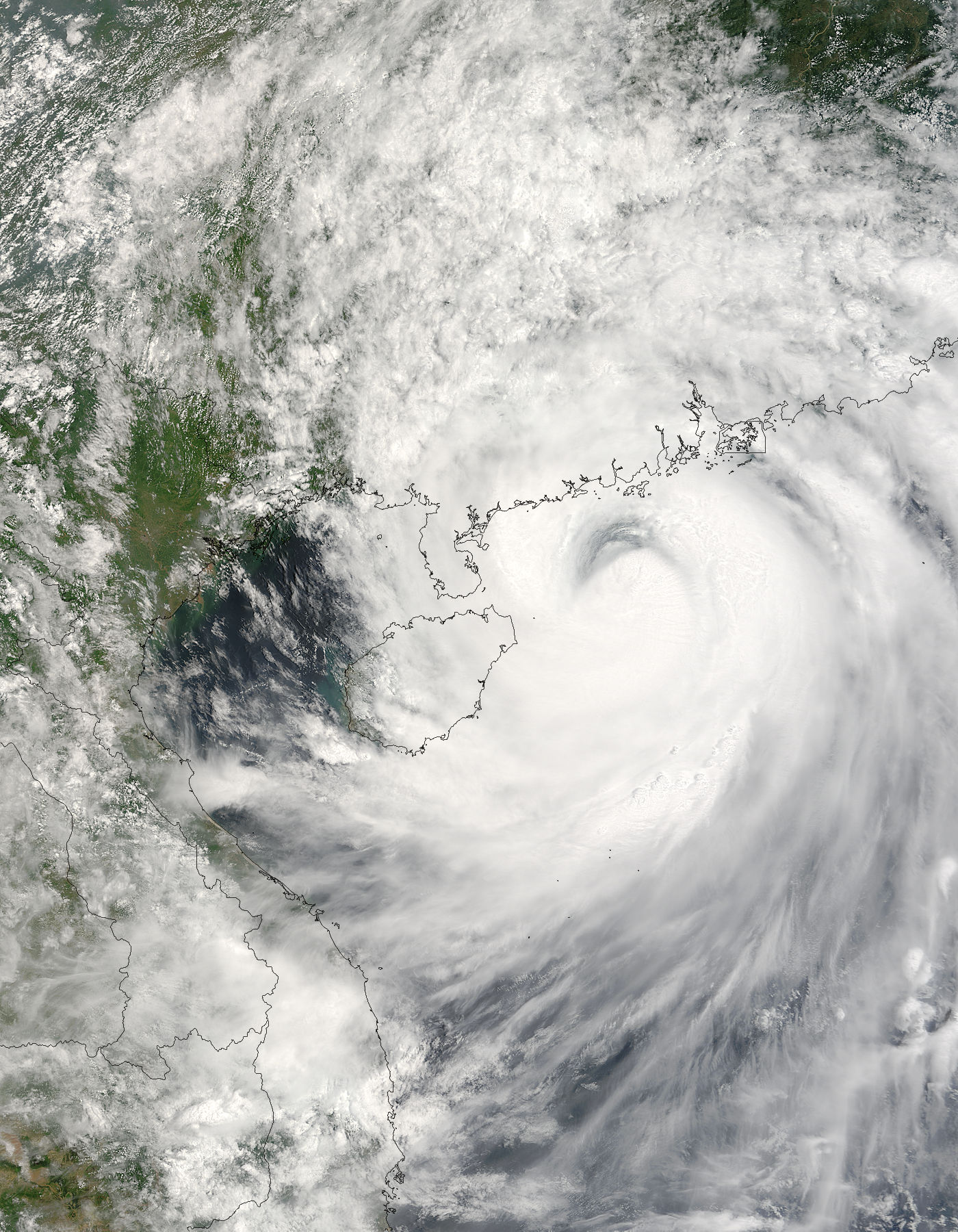 Typhoon Prapiroon formed in the eastern Pacific on July 31 2006, off the coast of Luzon, the northernmost of the Philippine Islands. The tropical depression strengthened to storm status in the next day after crossing Luzon, and reached typhoon status by early August 2, as it continued east-northeast across the South China Sea towards the Asian mainland. The storm system was blamed for some six deaths in the Philippines as it crossed the island. As of August 3, it was predicted to make landfall in southern China not far from Hainan Island, packing forecasted winds around 115 kilometers per hour (73 miles per hour). The typhoon did make landfall on August 3, near Yangjiang in western Guangdong.

This MODIS Terra image was acquired August 3, at 3:30 UTC. Prapiroon had a very well-defined spiral shape and active thunderstorm systems close to the eyewall, just one day prior, as you can see in this image. In this August 3 image, the spiral shape seems less distinct, and the eye closed - the edge of the storm is already over land, and the eye of the storm very close to making landfall itself.