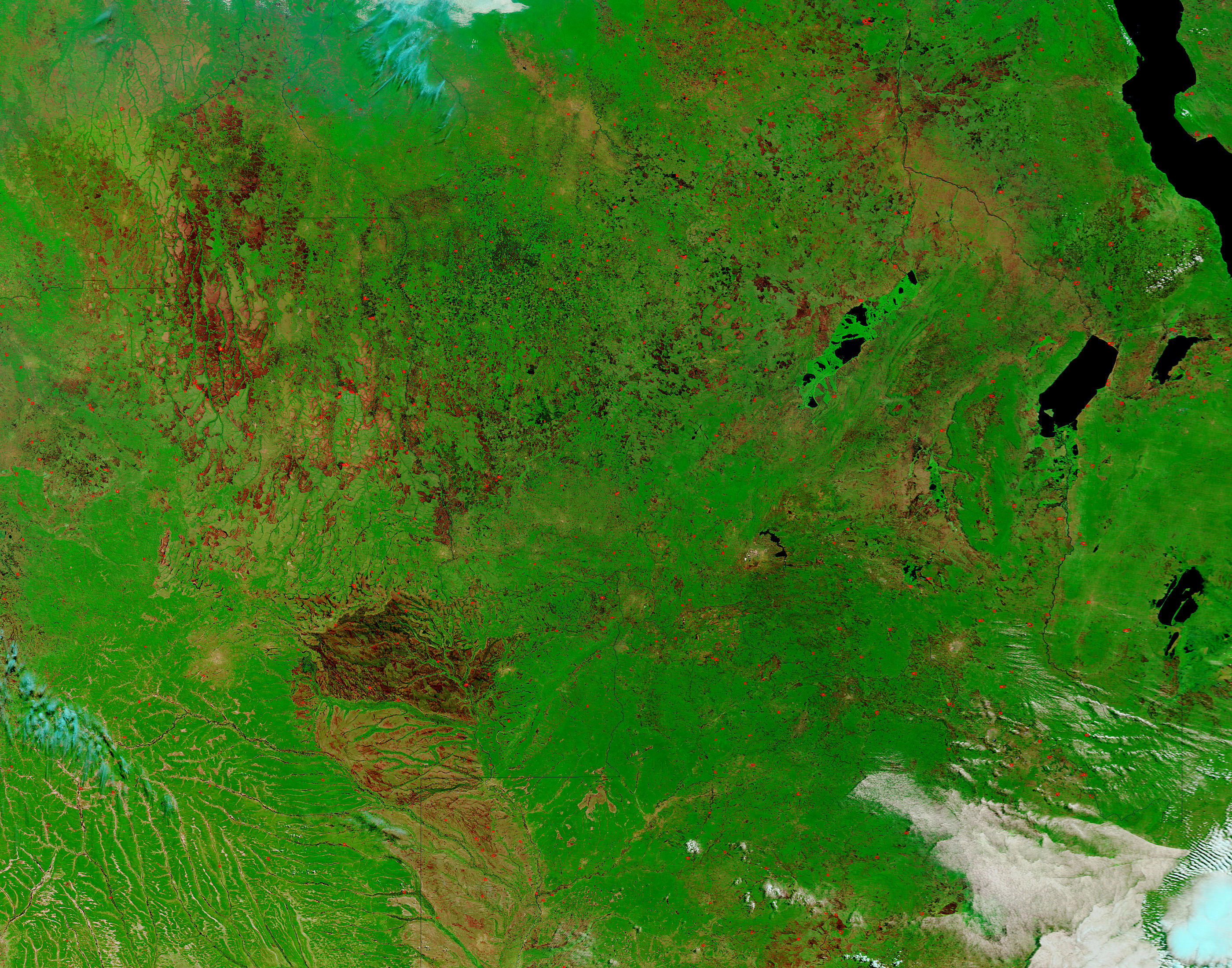 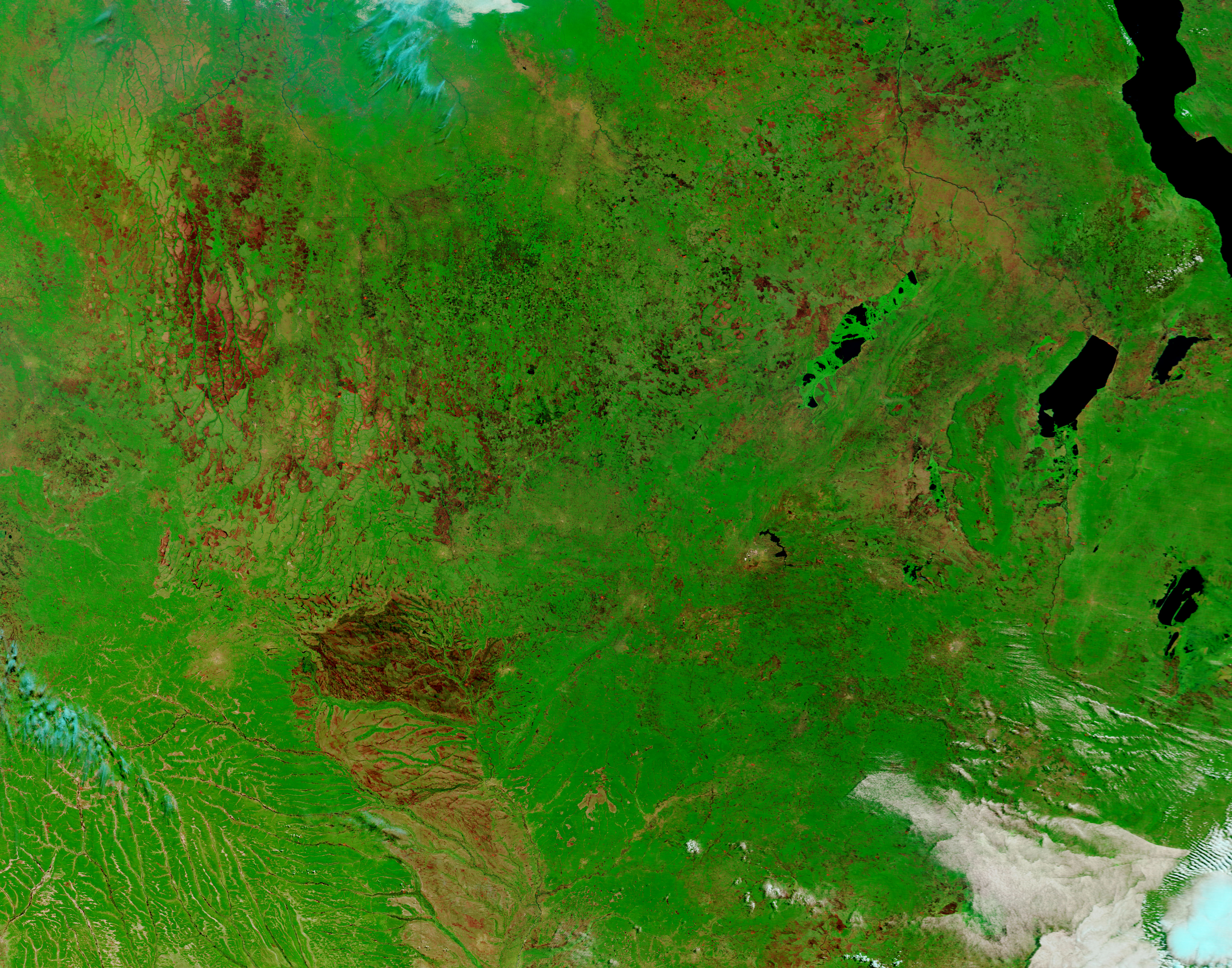 South of the Sahara Desert, agricultural burning dominates the savanna landscape in Africa in the dry season. Vast areas of the continent burn every year as people set fire to range and crop lands to clear or renew them for the next growing season. A clear day over central Africa on July 30, 2006, revealed the widespread areas burned by agricultural fires so far this season.

The image was captured by the MODIS on the Aqua satellite, and it uses MODIS’ observations of shortwave and near-infrared light along with visible light to make the burned areas stand out from unburned vegetation. Across Angola, Democratic Republic of Congo, and Zambia, deep red burn scars mingle with the unburned bright green vegetation. Water is dark blue, and naturally bare or sparsely vegetated ground appears light (sometimes pinkish) tan. Places where MODIS detected actively burning fires are marked in red.