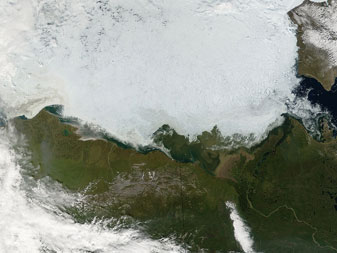 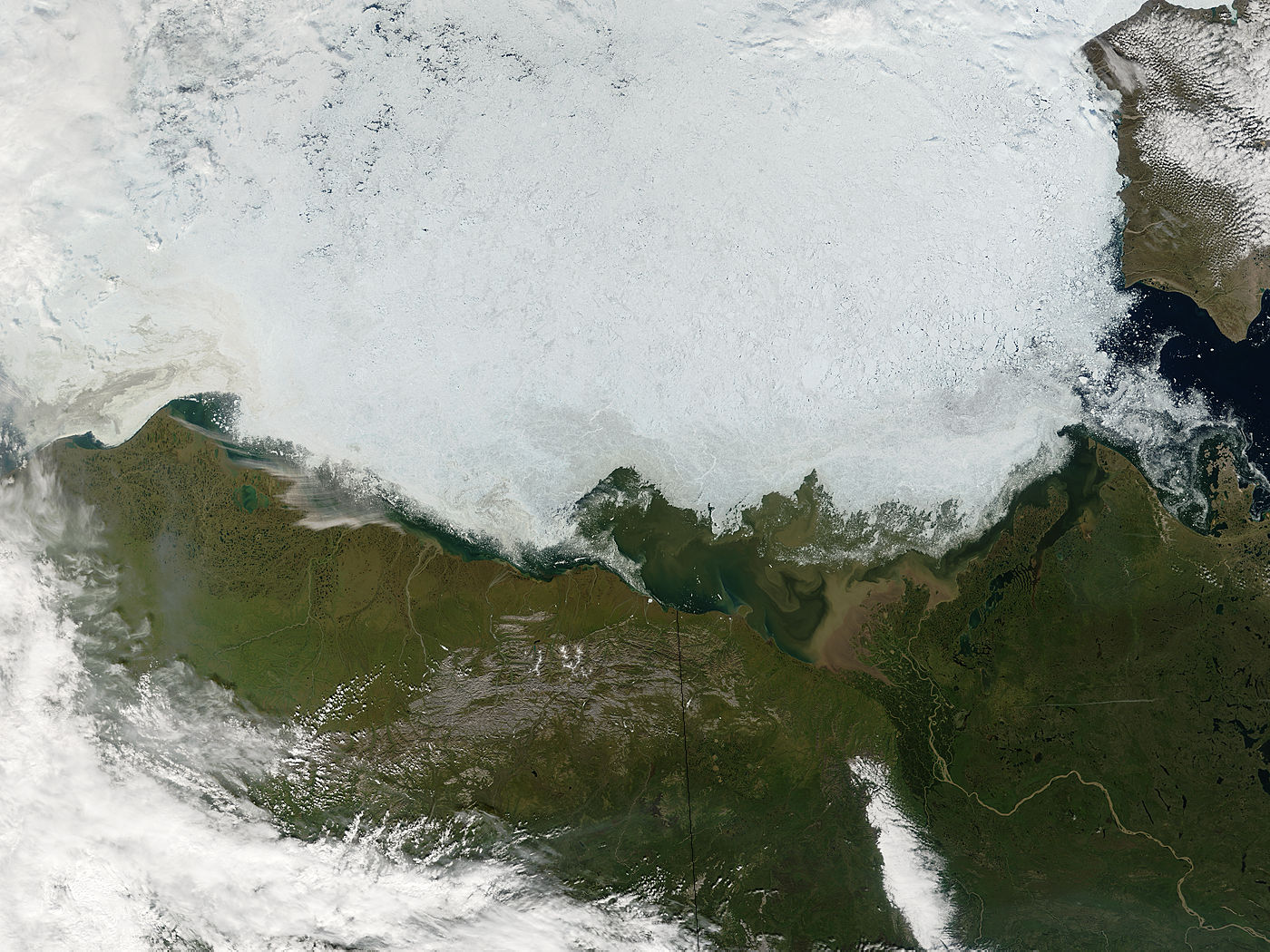 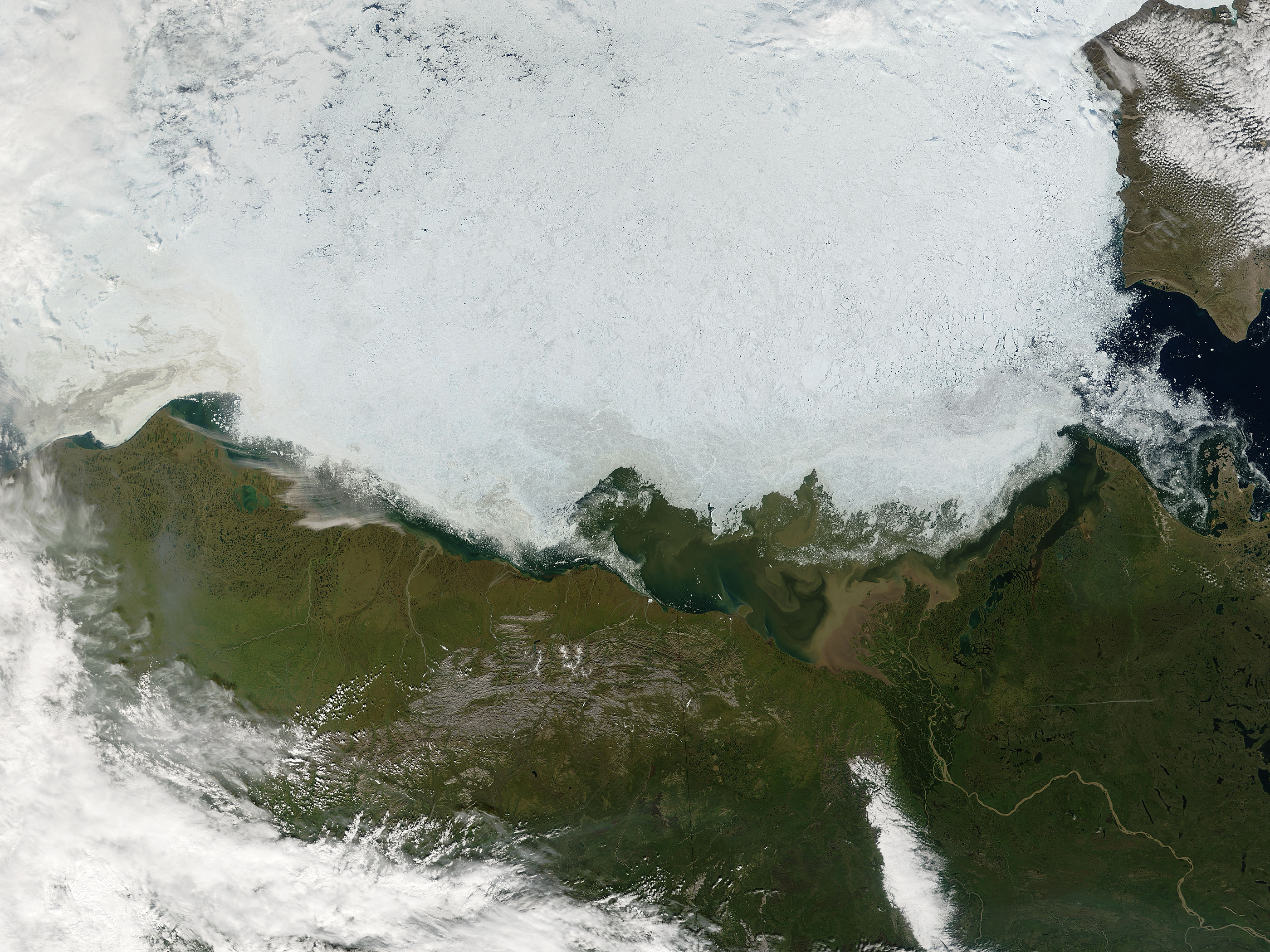 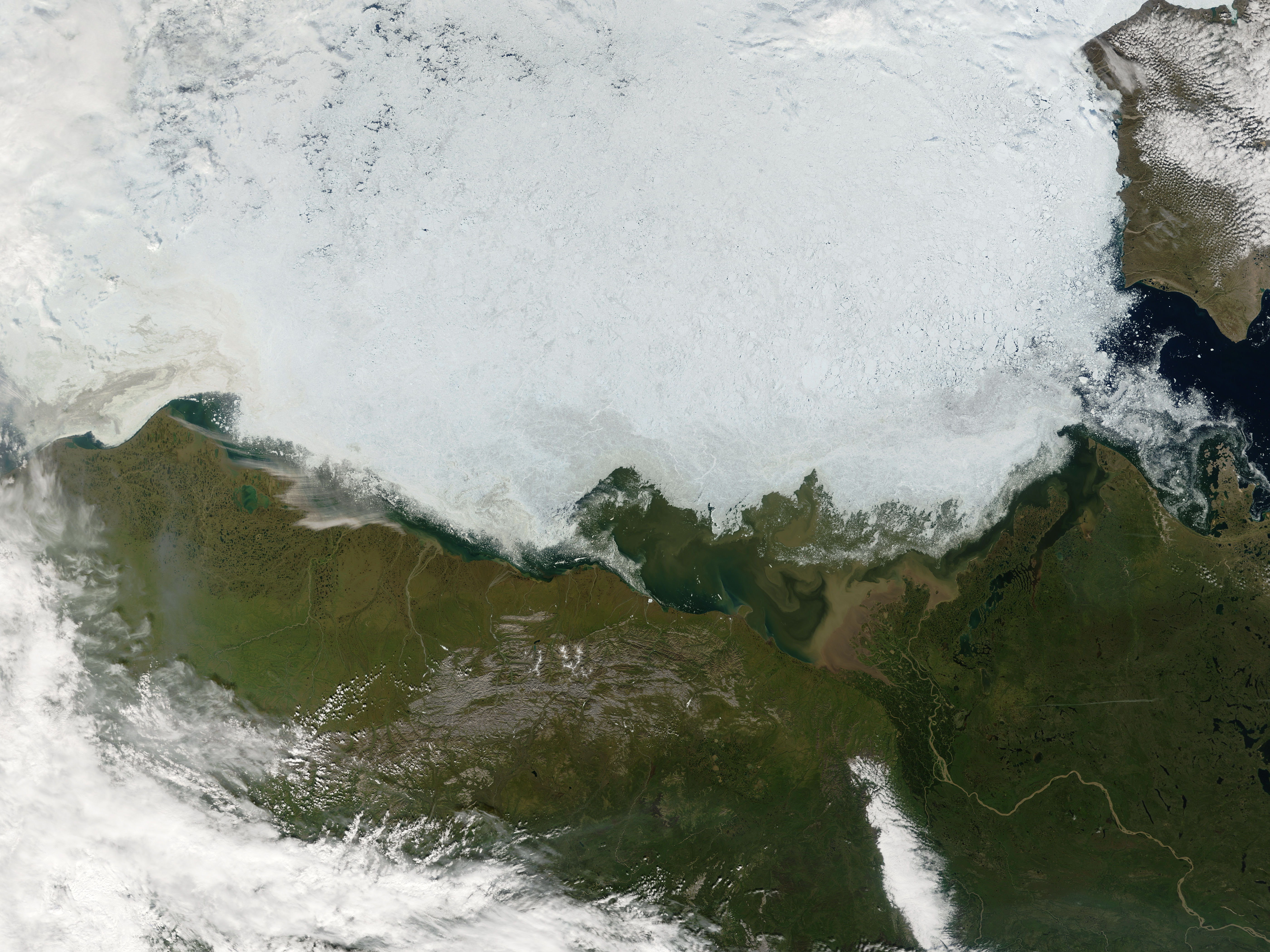 This MODIS Terra image, captured July 25, 2006, shows the Beaufort Sea, a large body of water which is actually part of the Arctic Ocean. Located north of the Northwest Territories, the Yukon, and Alaska and west of Canada's Arctic islands, its northwestern boundary is defined by a line connecting Point Barrow, Alaska, and Lands End, Prince Patrick Island. It is about 450,000 square km in area. The entire Beaufort Sea is totally frozen during much of the year. The permanent ice-pack covers the northern edge of it year-round. The sea is named after British hydrographer Sir Francis Beaufort.