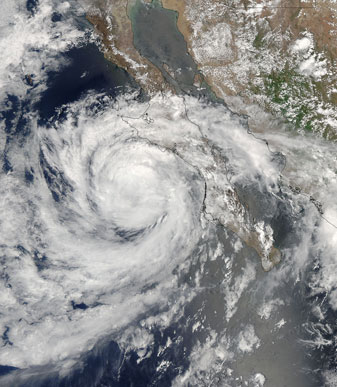 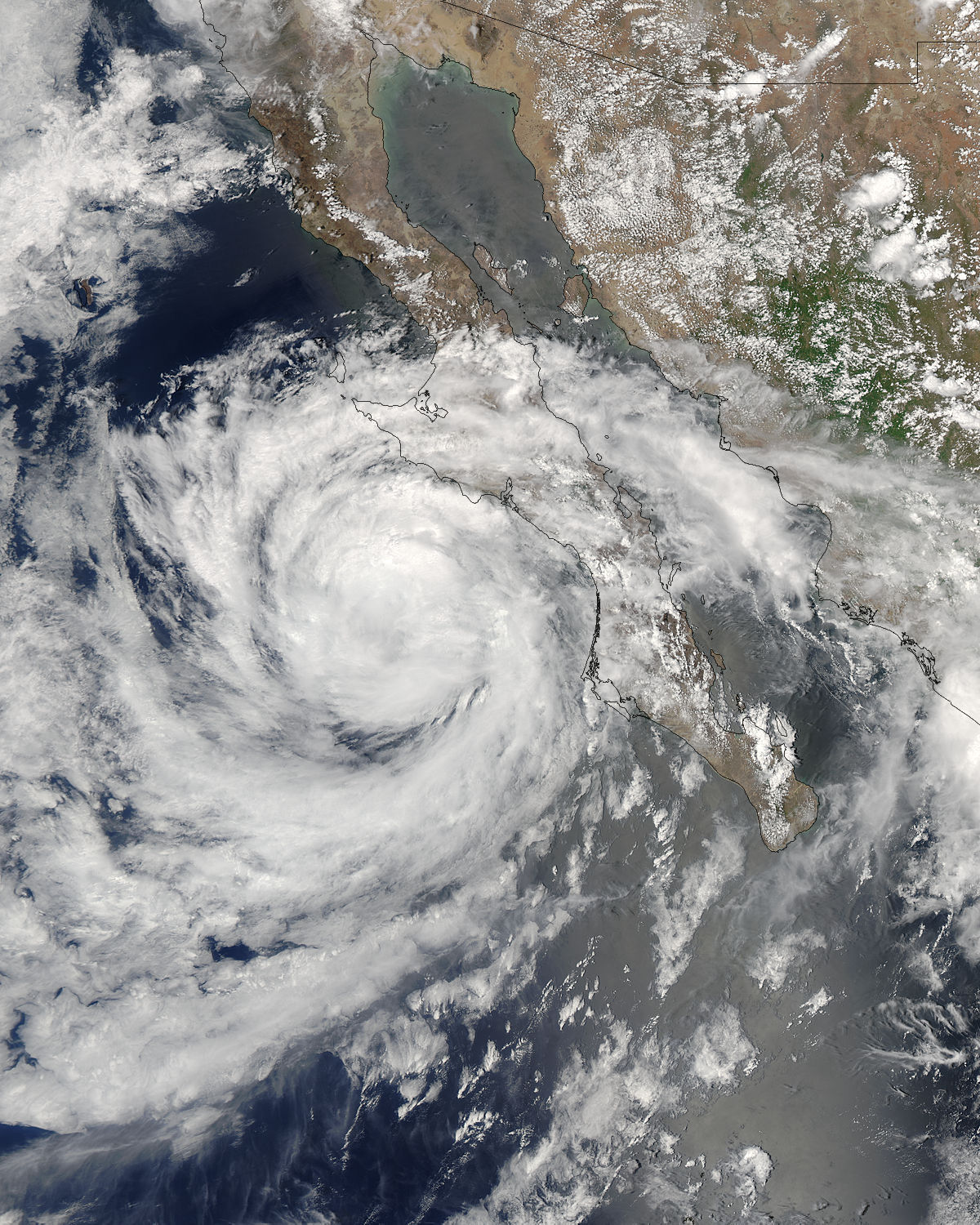 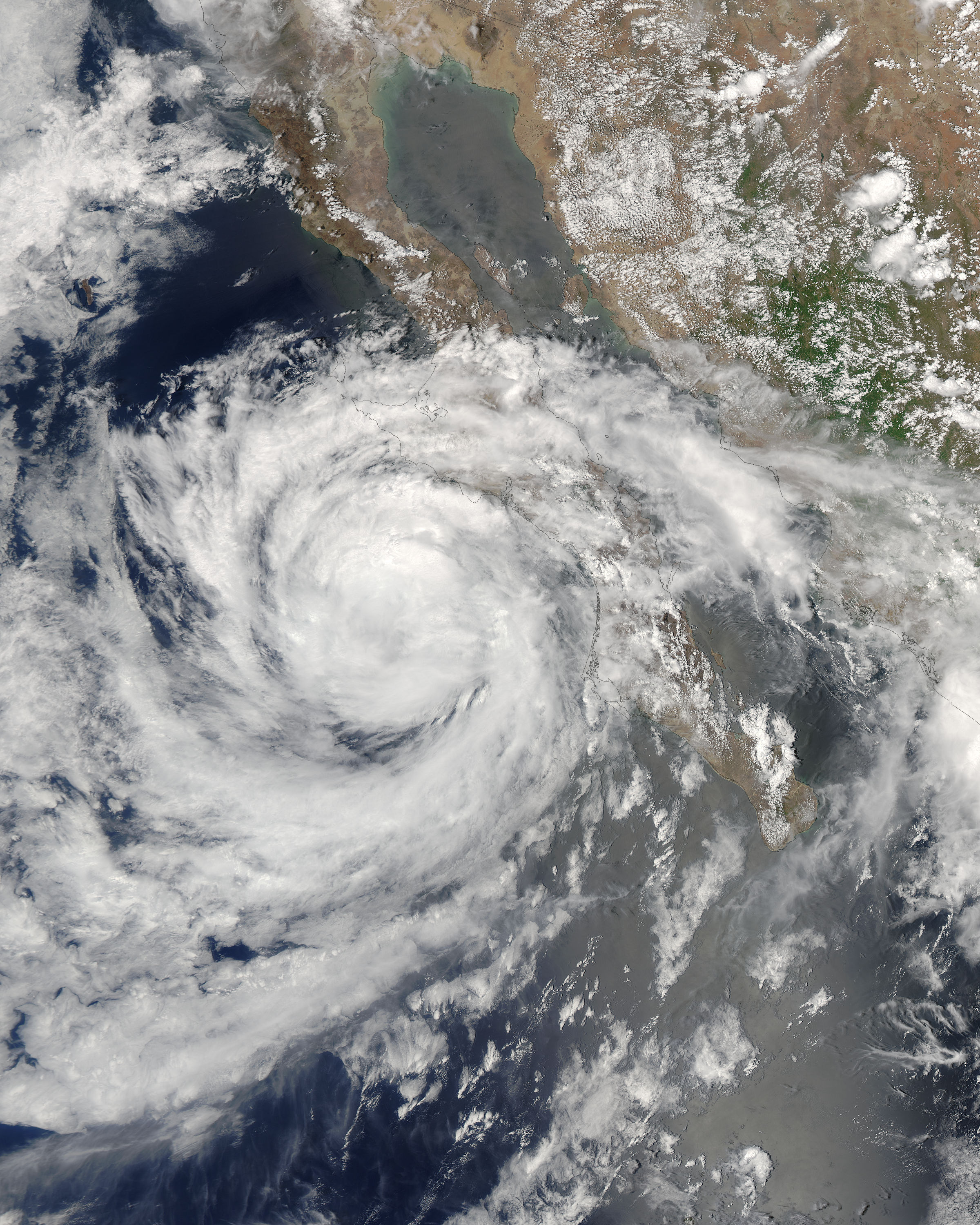 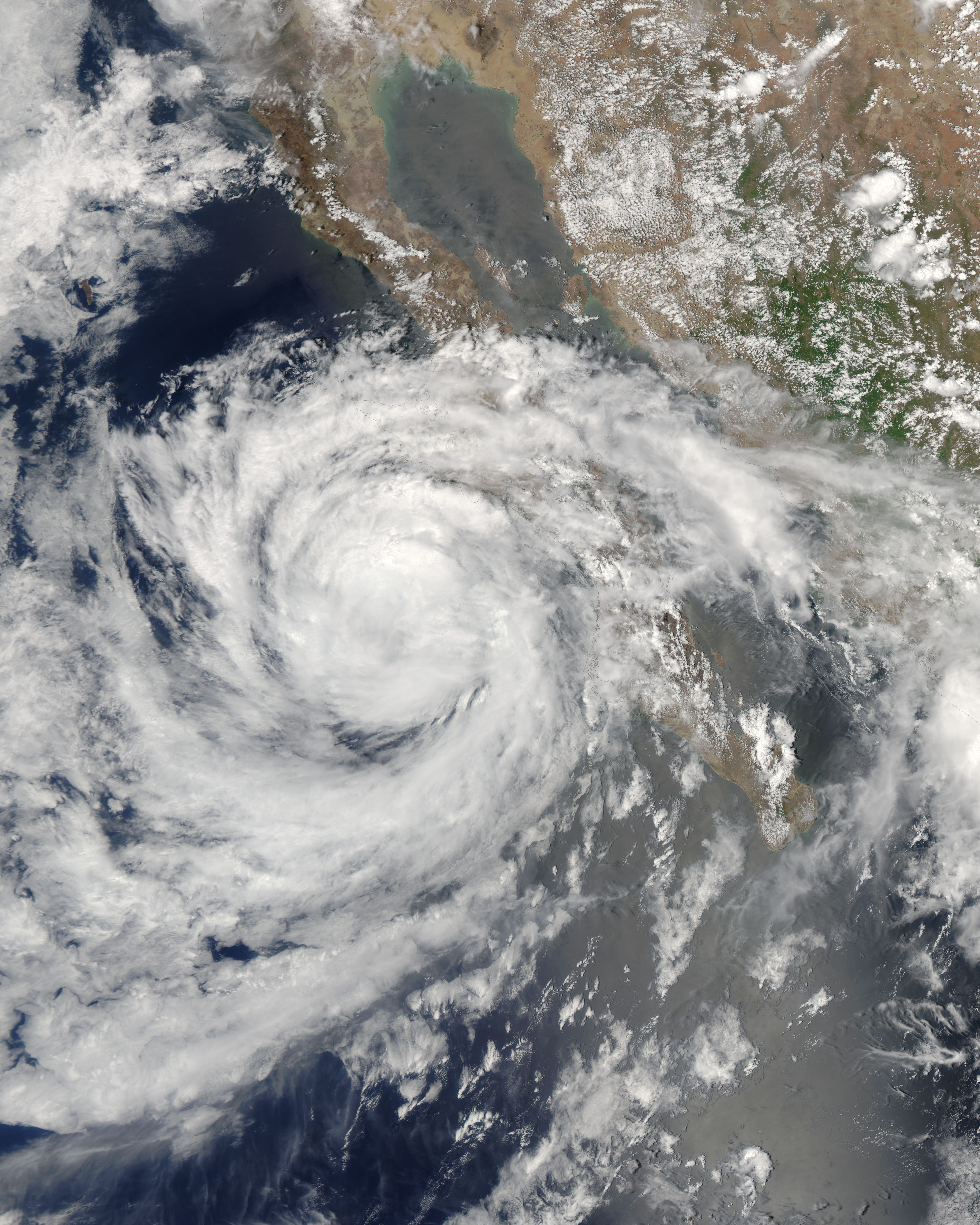 Tropical Storm Emilia skirted the coast of Baja California as it moved northwest into the Pacific Ocean on July 26, 2006. When the MODIS on NASA’s Aqua satellite captured this image at 1:35 p.m. Pacific Daylight Time, the storm had sustained winds of 100 kilometers per hour (65 miles per hour) with stronger gusts. Though these winds were still about ten miles per hour under hurricane status, Emilia has the distinct spiraling clouds and round shape that mark a hurricane. In the hours after this image was taken, Emilia moved out over the Pacific Ocean and degraded into a tropical depression, said the National Hurricane Center.