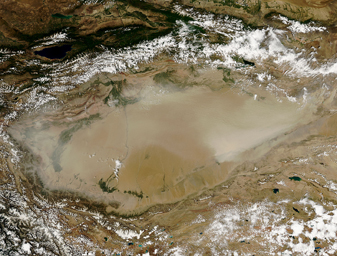 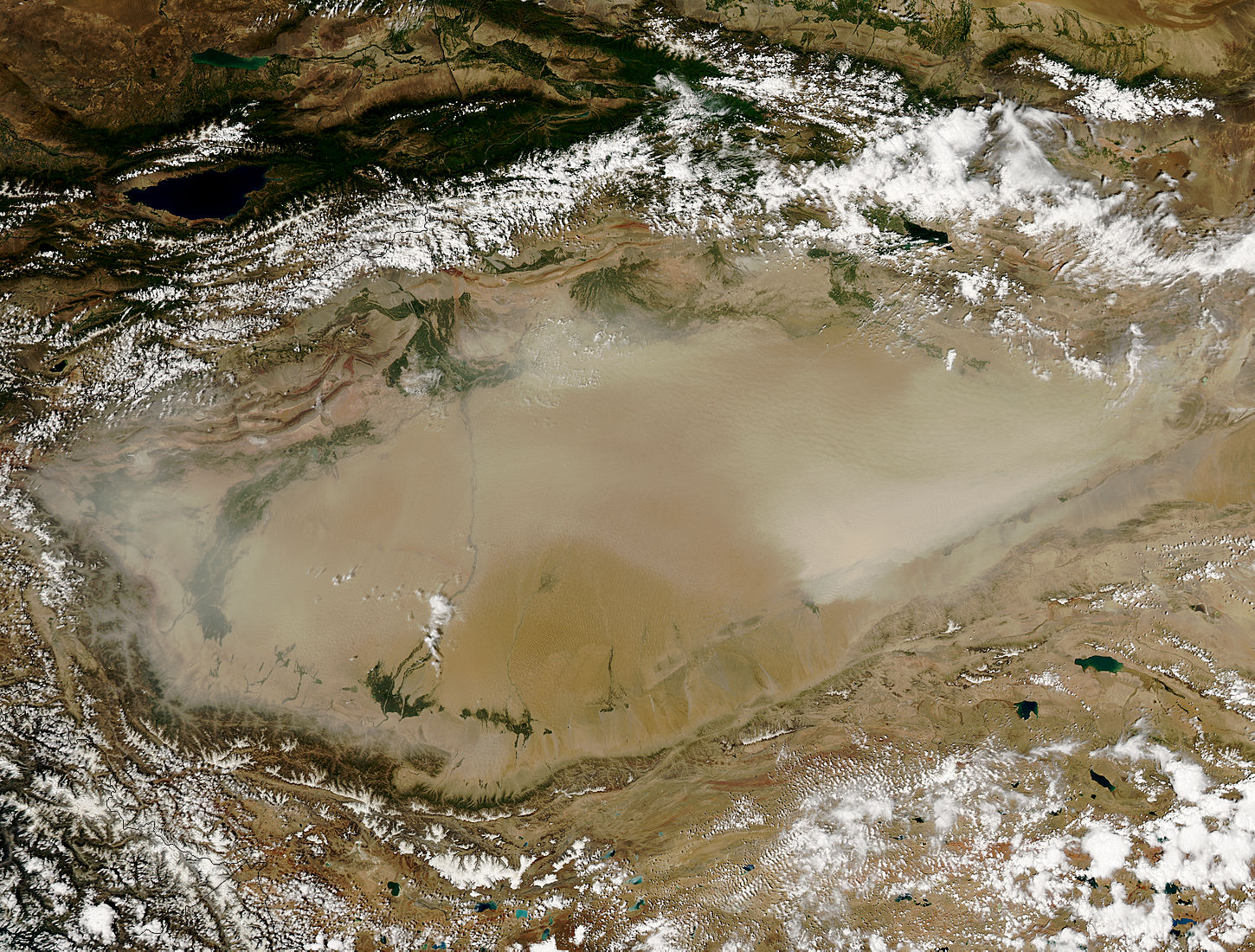 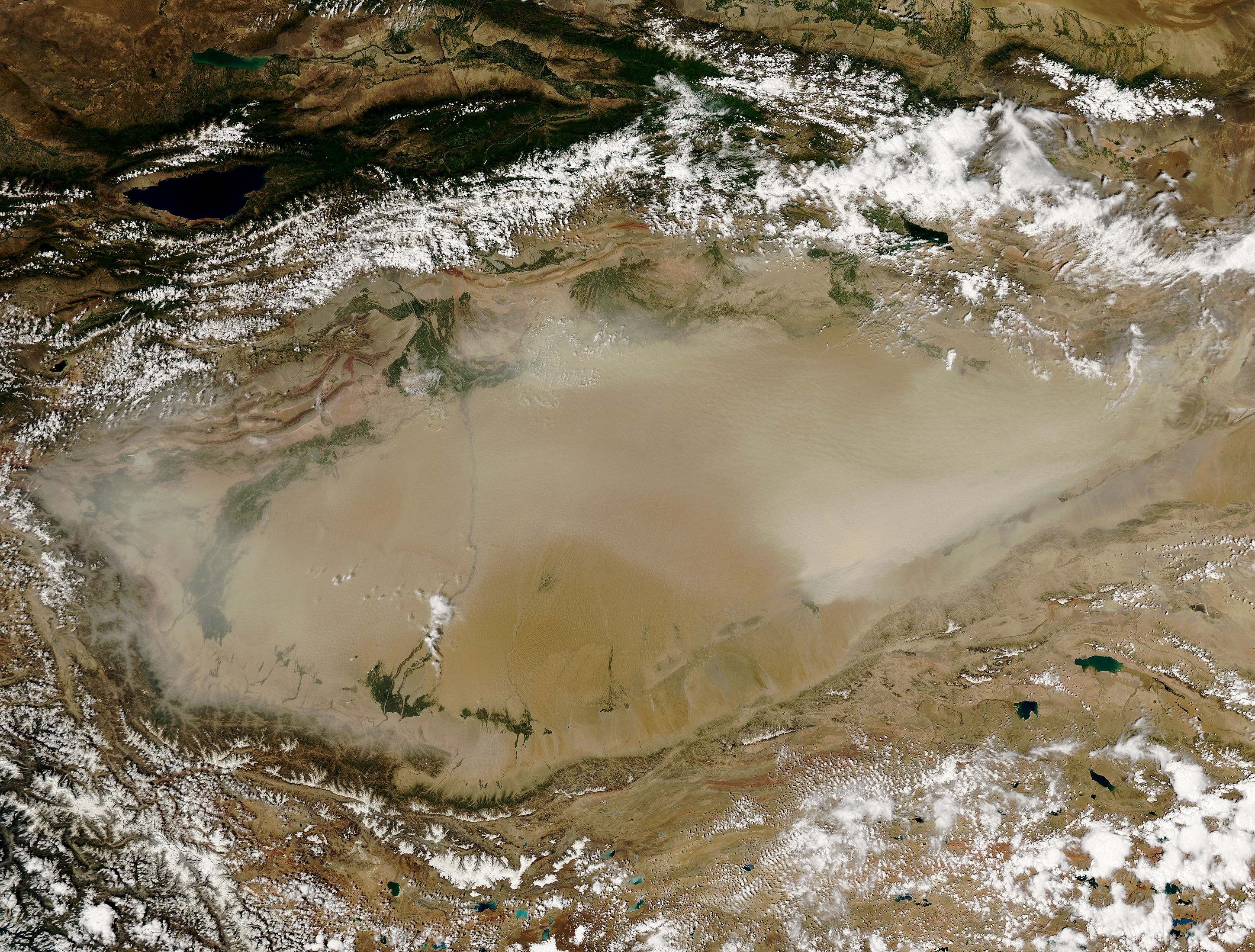 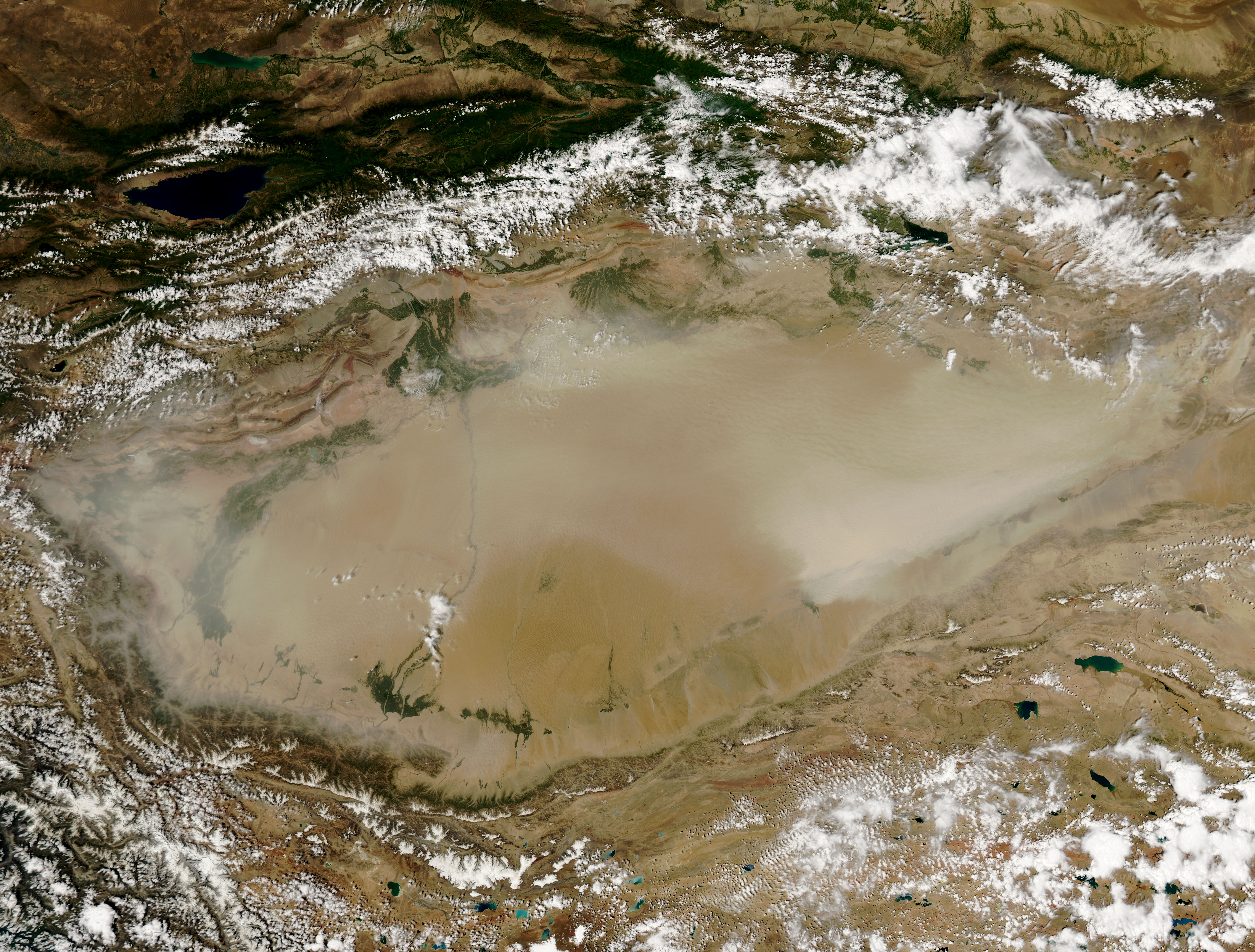 Dust Storm in the Taklimakan Desert

This MODIS Aqua image, captured July 26th, shows an active dust storm in the Taklimakan Desert in Western China! A sandy haze covers most of the oval shaped desert, which sits in a depression between two high mountain ranges. Some of the desert's sand dunes are visible in a gap in the swirling sand.

Taklimakan's rolling sand dunes stretch out over several hundred thousand square miles in the Xinjiang Region of China. The Desert is bordered to the north by the Tian Shan Mountain range and to the south by the Kunlun Mountains. At the lower left corner of the image is the Karakoram Mountain range, where the world's second highest mountain, K2, is located. At the bottom of the image lies the Tibetan Plateau.