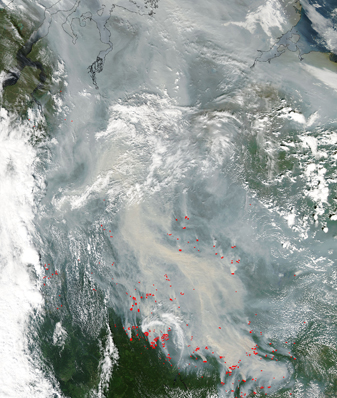 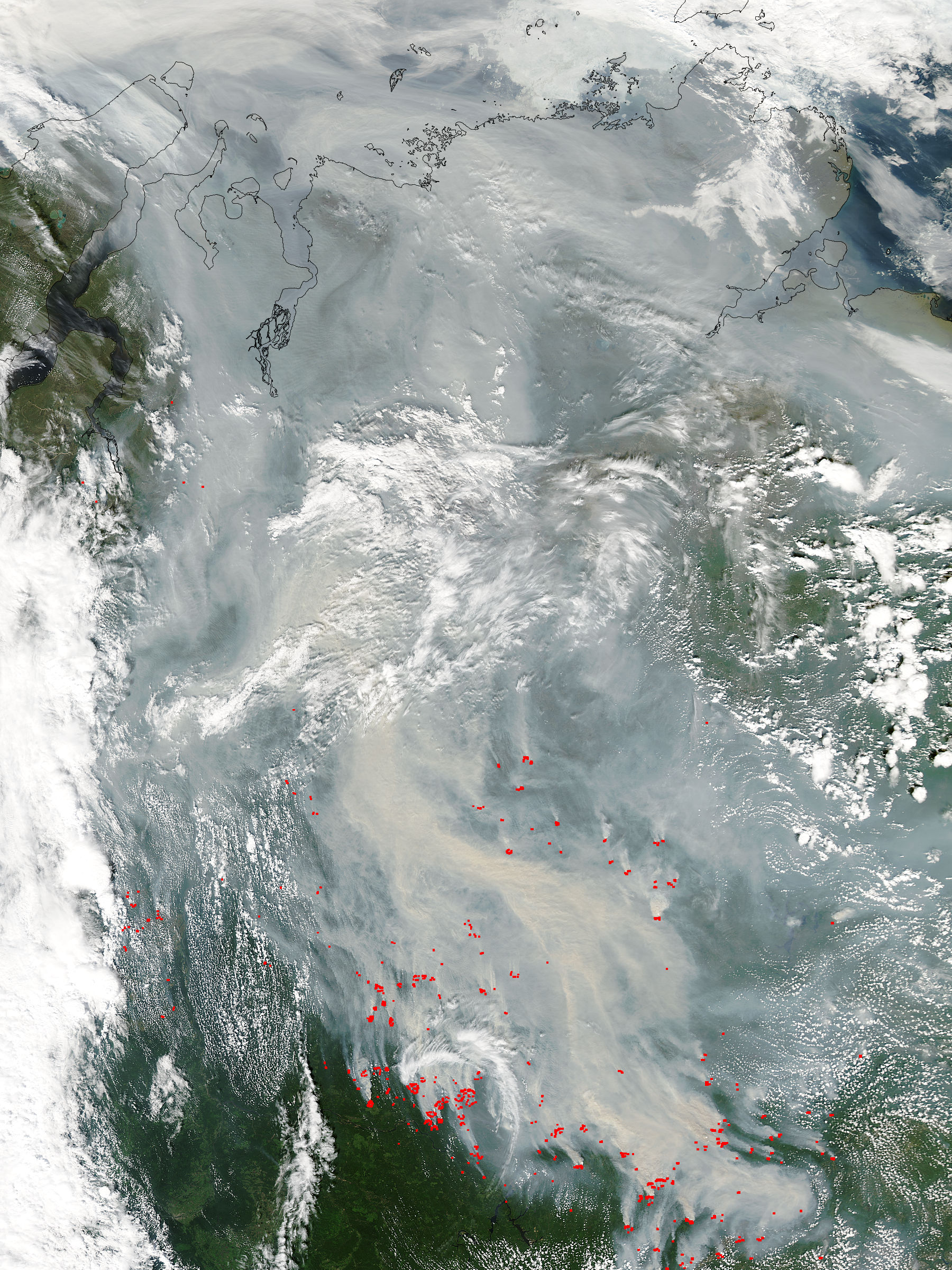 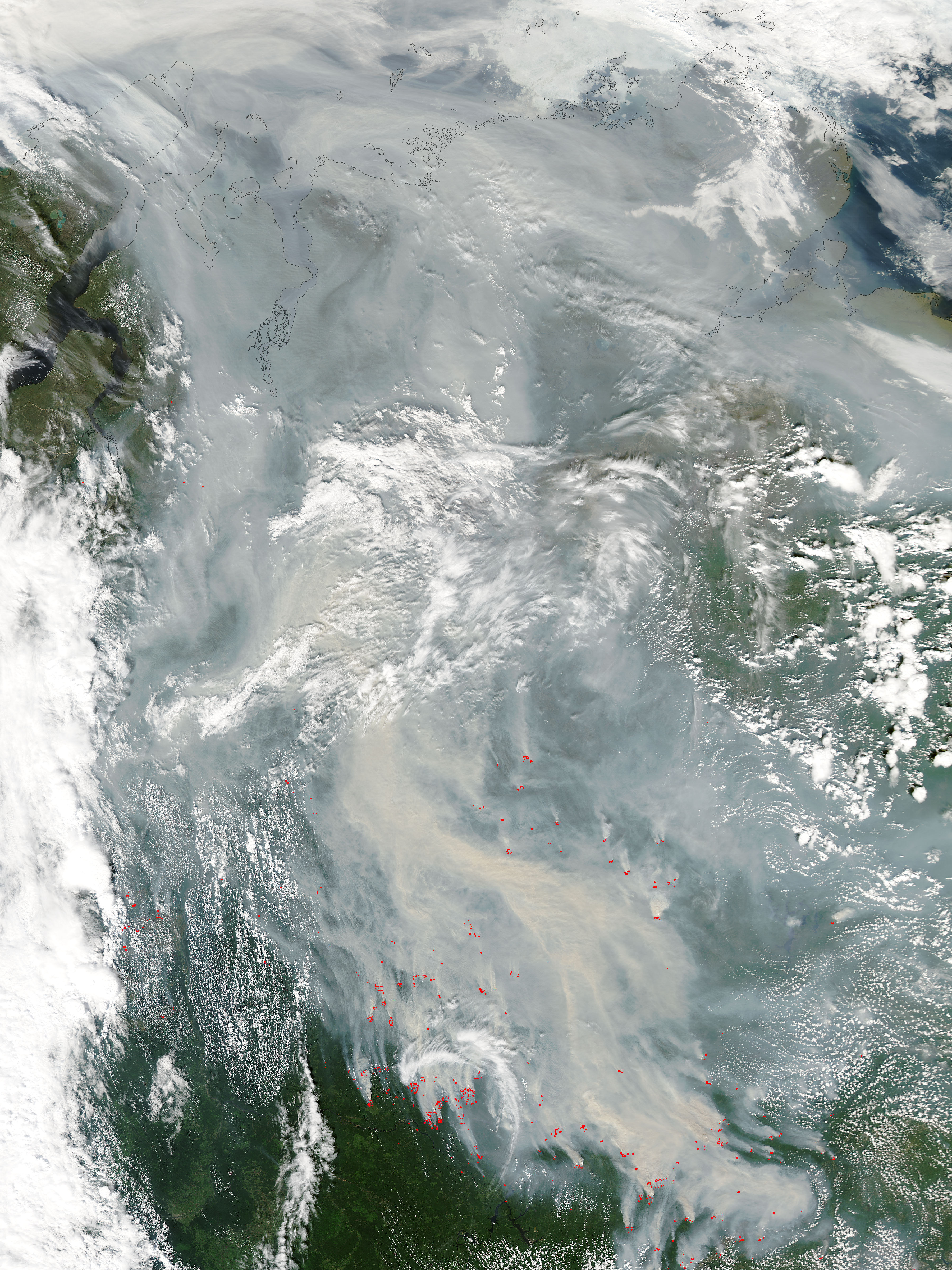 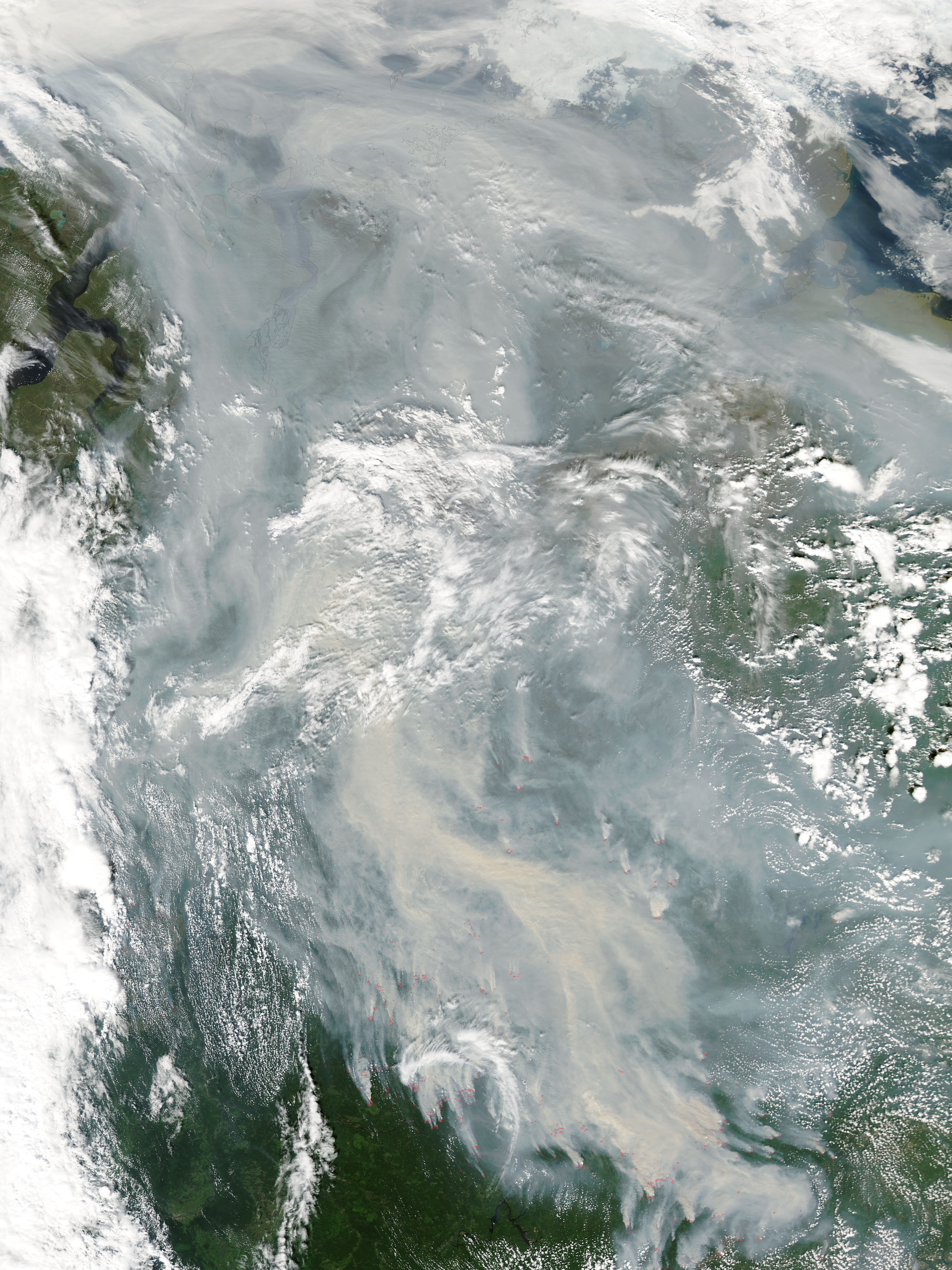 Smoke and Fires Across Western Siberia

This MODIS Aqua image of the Central Siberian Plateau shows the forest fires burning on July 24, 2006. The red dots represent the active fires in the region, mostly in the bottom of the image. The smoke from these fires, however, spreads nearly across the whole image, and over thousands of square kilometers of Russia. In the center of the image, the smoke has a brownish tinge. The city of Ust’-Ilimsk, normally visible as a tan spot along the Angara River, is completely hidden by smoke.

Geographically, this image covers Russia’s Irkutsk region in the south to the Arctic Ocean in the north. Lake Baikal would be just outside the lower right corner of the scene. In the north, outlined in black, is the Kara Sea (left) and the Leptev Sea (right). To give an idea of scale, if the above image covered the United States, the scene would stretch from California to the New Mexico-Texas state line, and it would reach more than a hundred miles both north and south of the borders of the United States.