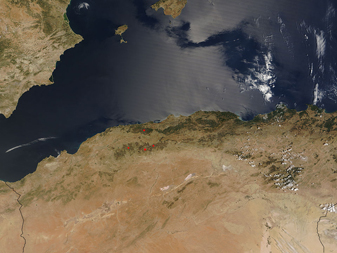 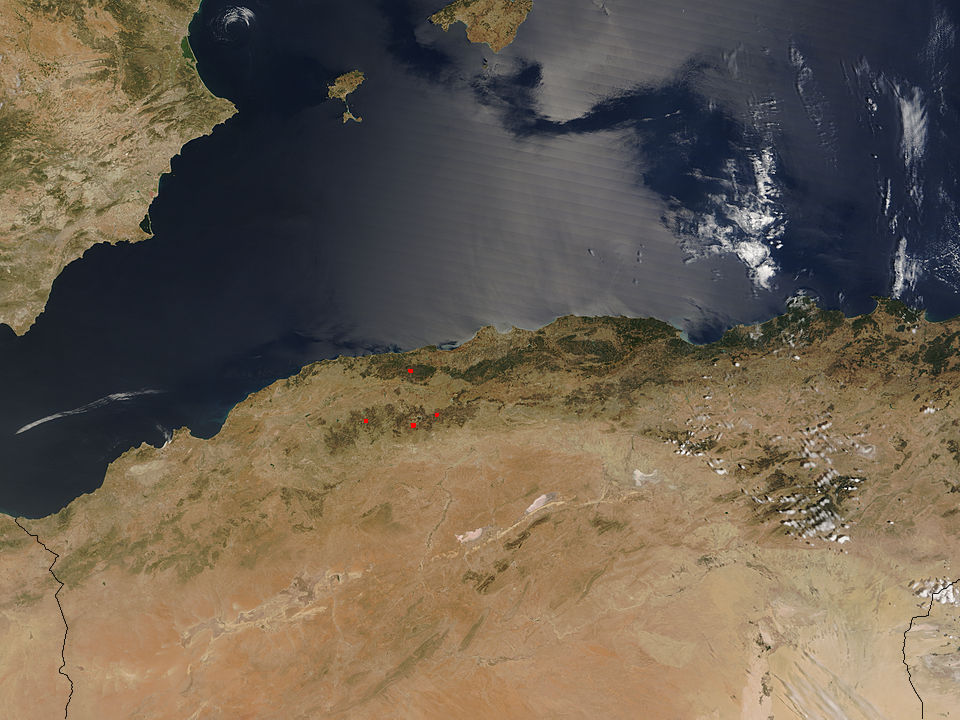 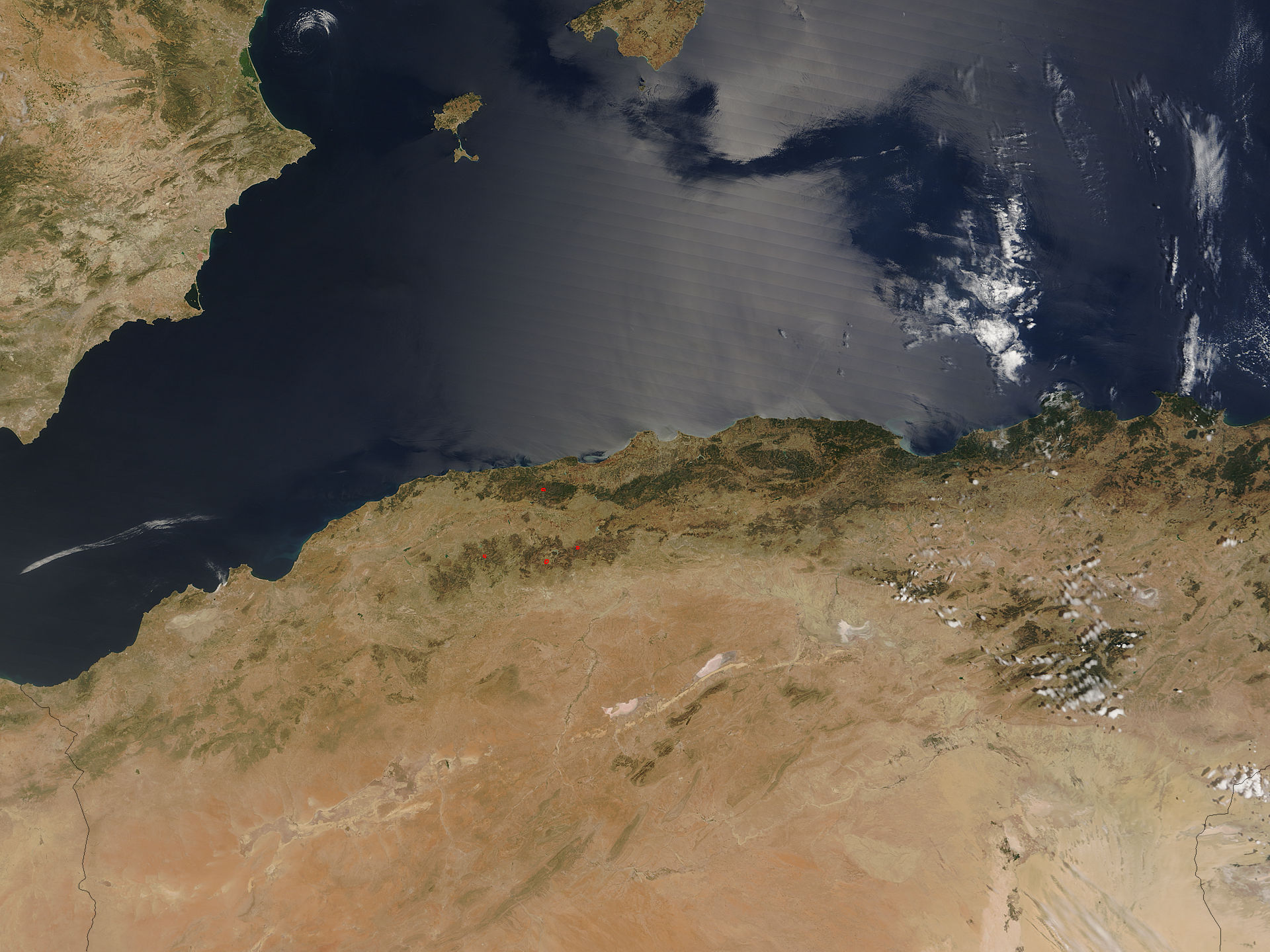 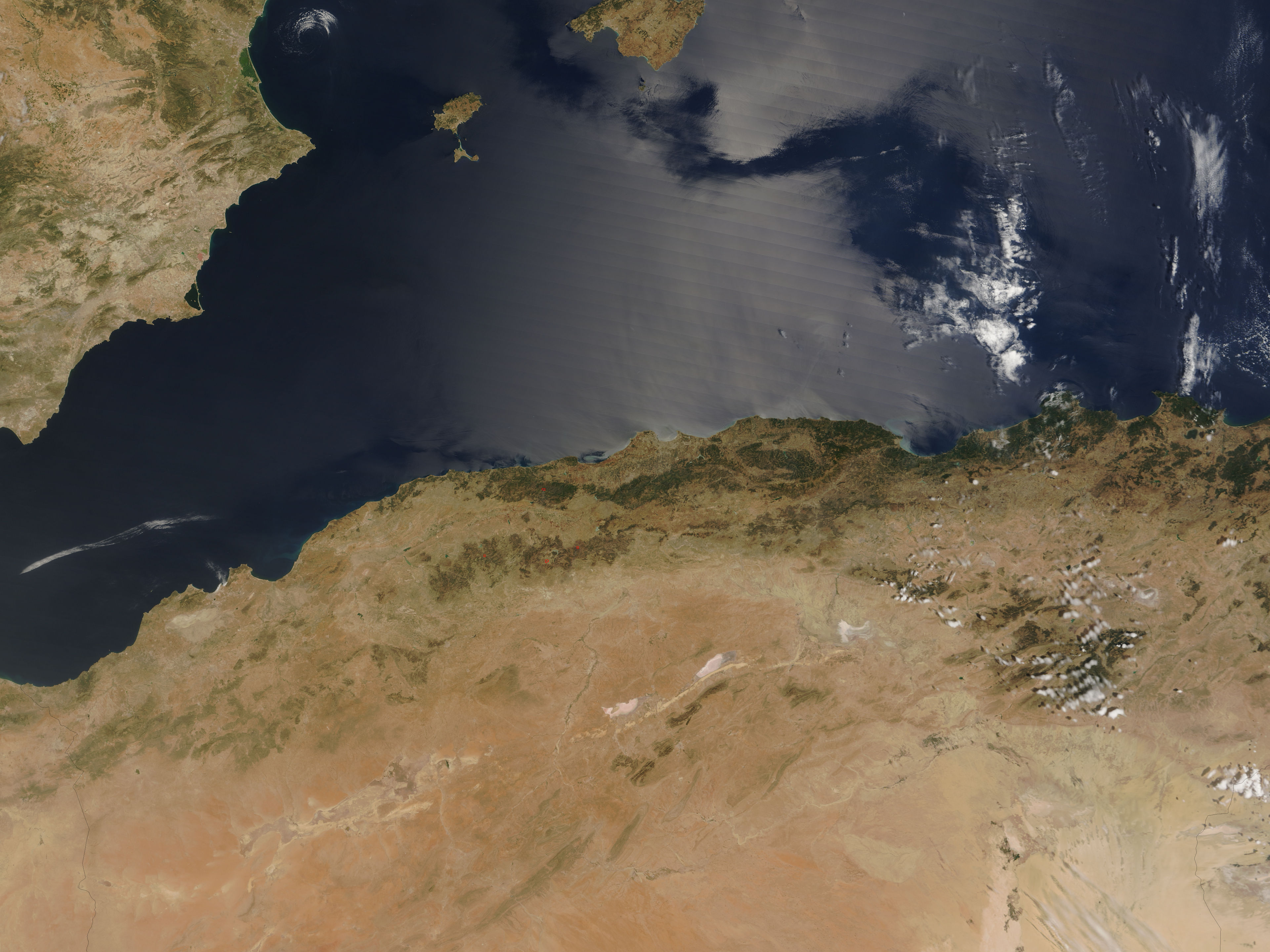 This MODIS Terra image, acquired on July 10th, shows southern Spain, and separated from it by the Mediterranean Sea, the African country of Algeria. Just off the image to the left would be the straights of Gibralter, where Spain nearly touches Morocco, Algeria's neighbor to the west.

Most of the coastal area of Algeria is hilly, sometimes even mountainous, and there are few good harbours. The area just south of the coast, known as the Tell, is fertile. Further south is the Atlas mountain range and the Sahara desert. The cities of Oran and Algiers are on the coastline. Algiers is just south of the little island, which is Ibiza. The bigger island is Palma.

The visible regions of Spain that we can see are Murcia, and to the northeast, Valencia.