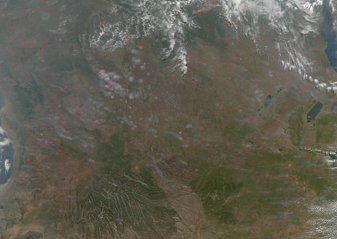 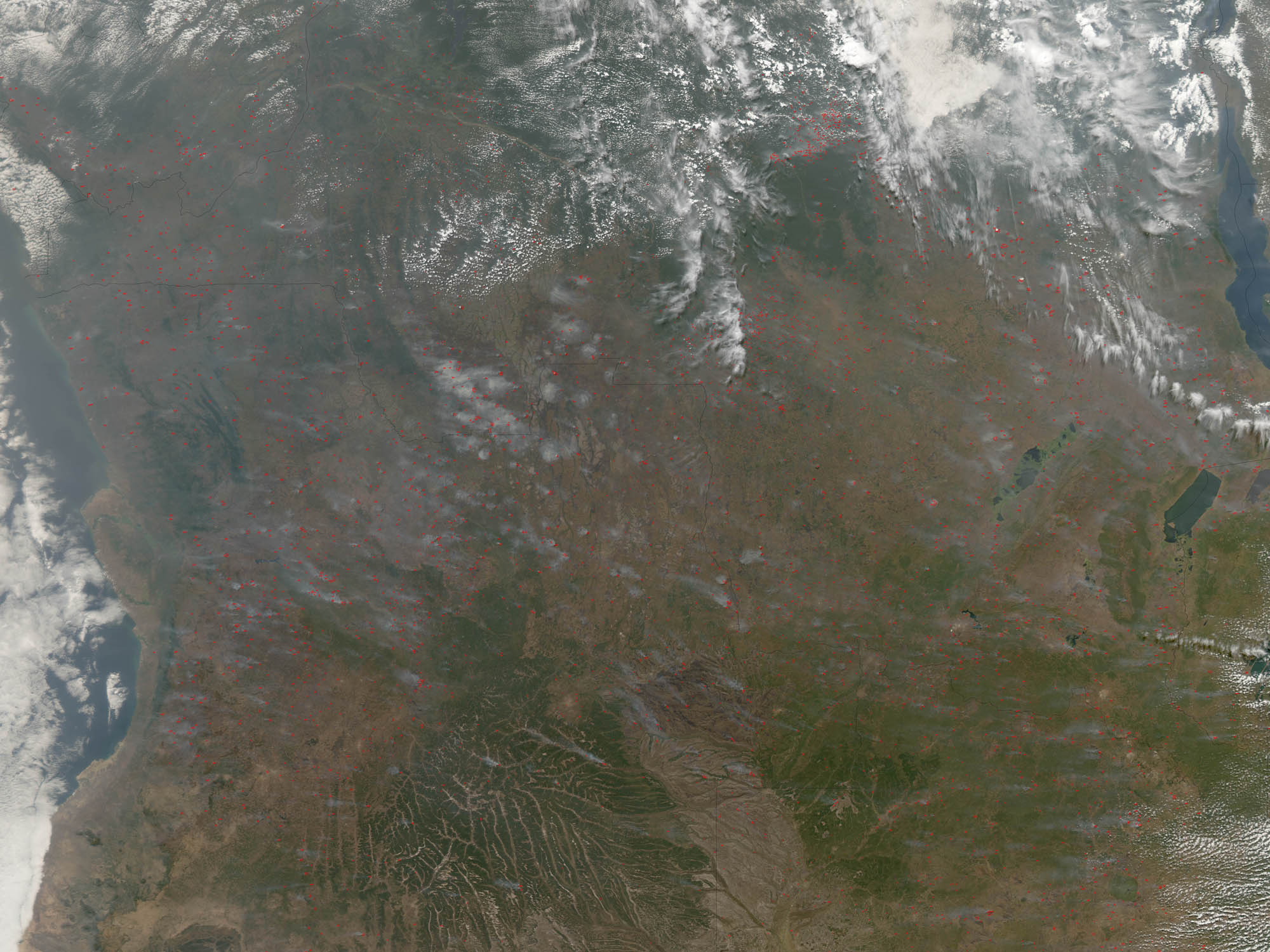 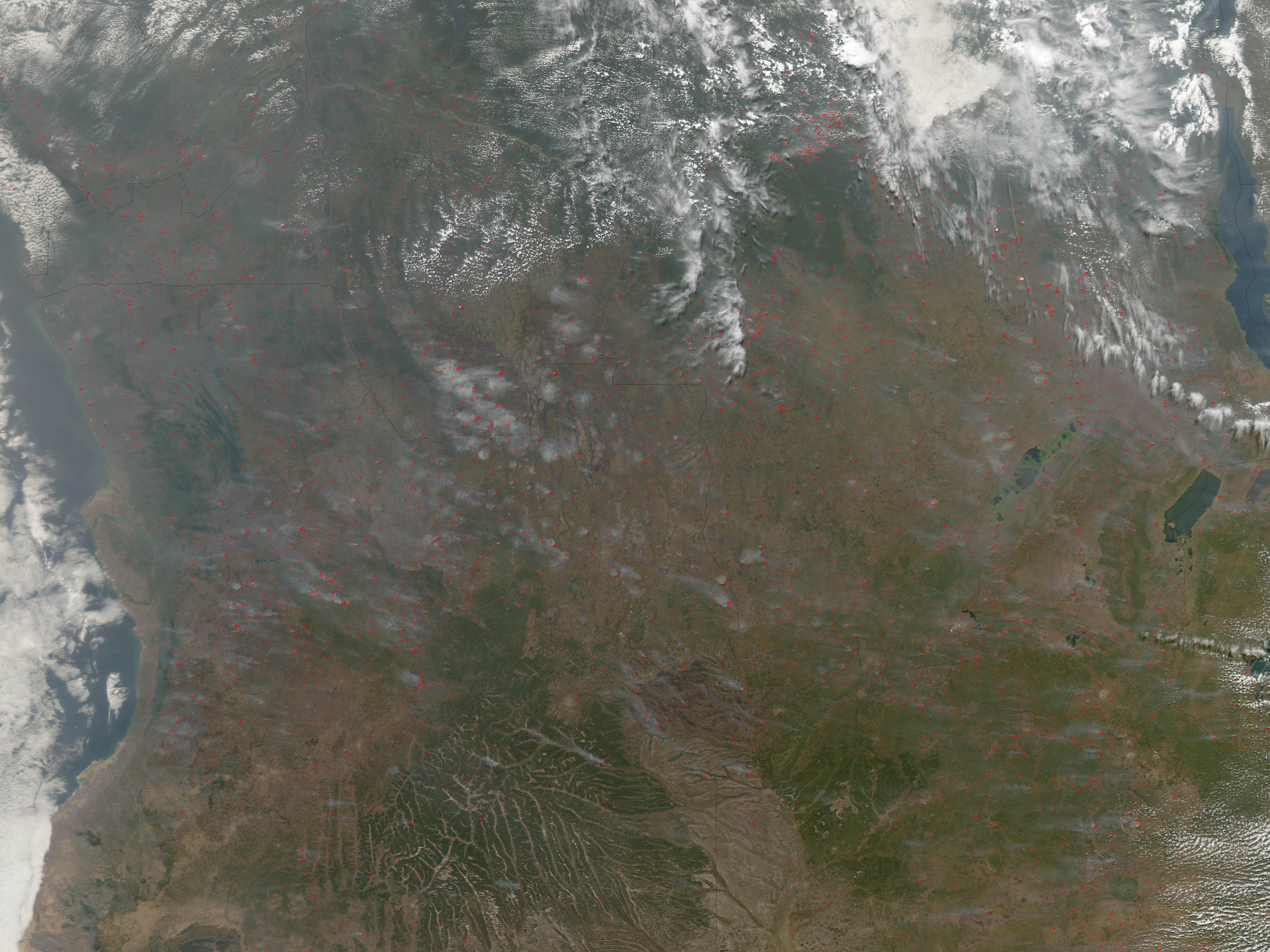 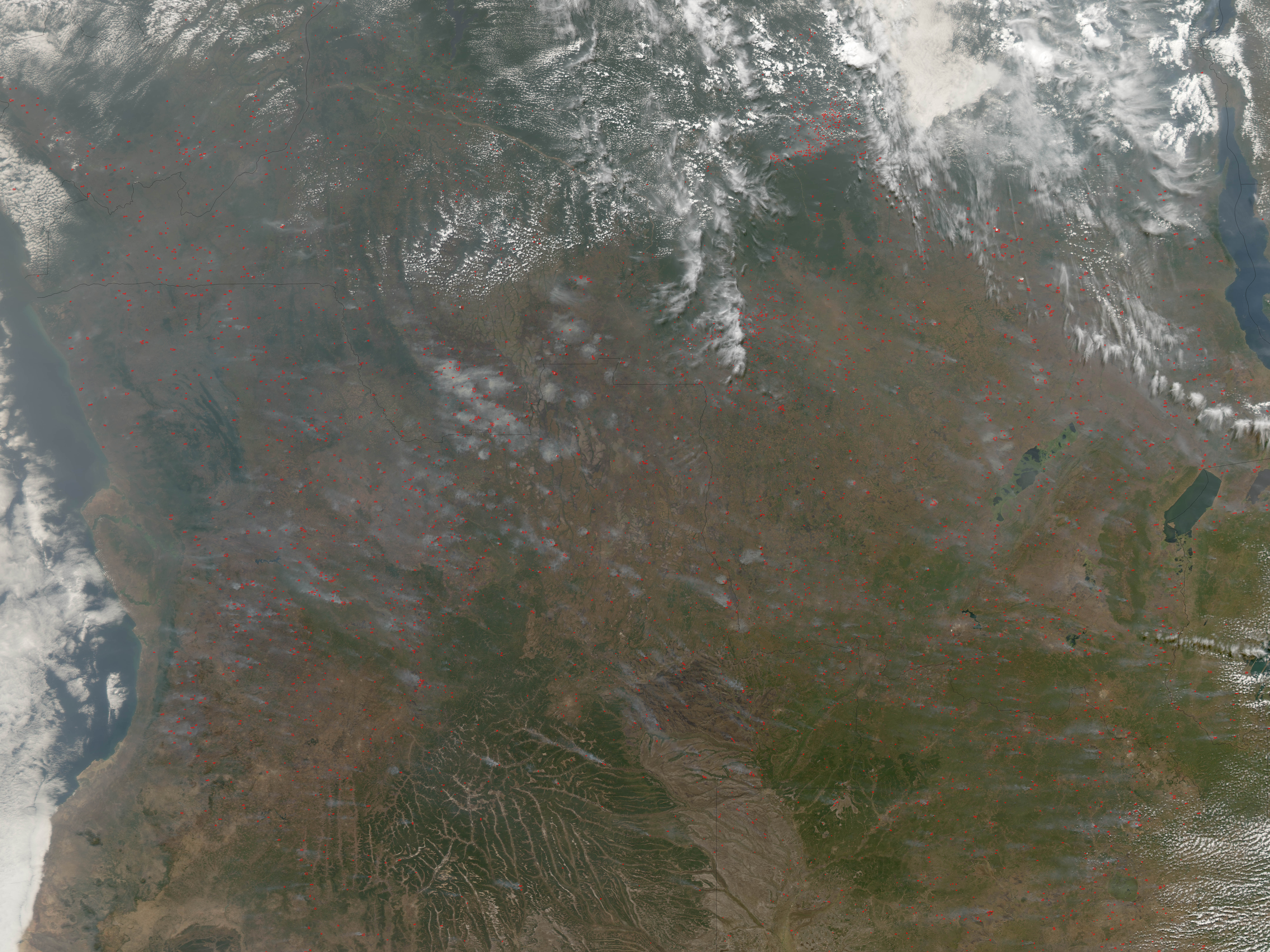 Fires in Central and Southern Africa

On July 10, 2006, thousands of fires were burning across the savannas of central and southern Africa when the MODIS on NASA's Aqua satellite passed overhead. Each place where MODIS detected an actively burning fire has been marked in red in this scene, which spans parts of Angola, Democratic Republic of Congo, and Zambia. Some of the fires had distinct smoke plumes, which winds were blowing northwest. At upper left, the skies are so smoky that the features of the landscape below are indistinct. Even the clouds in the scene at left and upper right appear dirty.

No landscape on Earth experiences such extensive burning as the savannas of Africa. For thousands of years, people in Africa have used fire in their agricultural activities. They burn grassland to clear it for crops, to keep woody plants and trees from invading pasture areas, and to renew pasture grass. People have also used fire to drive game and facilitate hunting. Although fire has been integral to the ecosystems of southern Africa for millennia, increasing populations and demands on the landscape may change the frequency and intensity of burning. Such widespread burning, while not necessarily immediately hazardous, can have a strong impact on climate, human health, and natural resources.