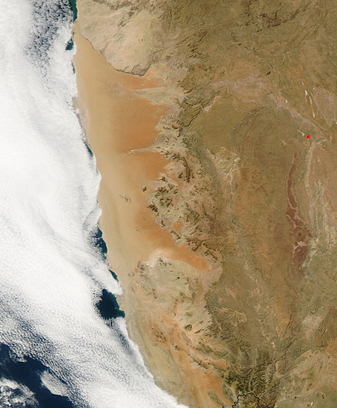 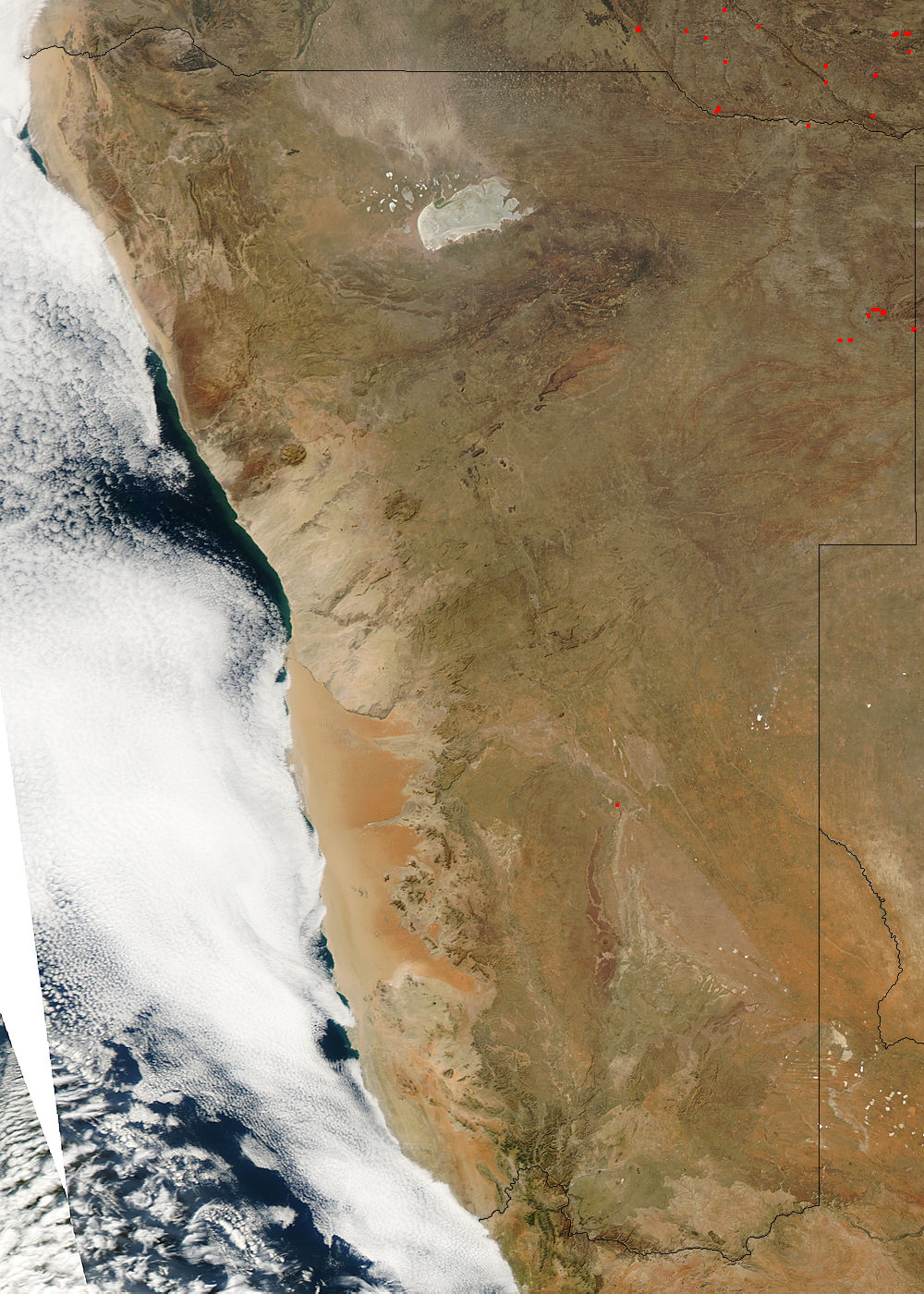 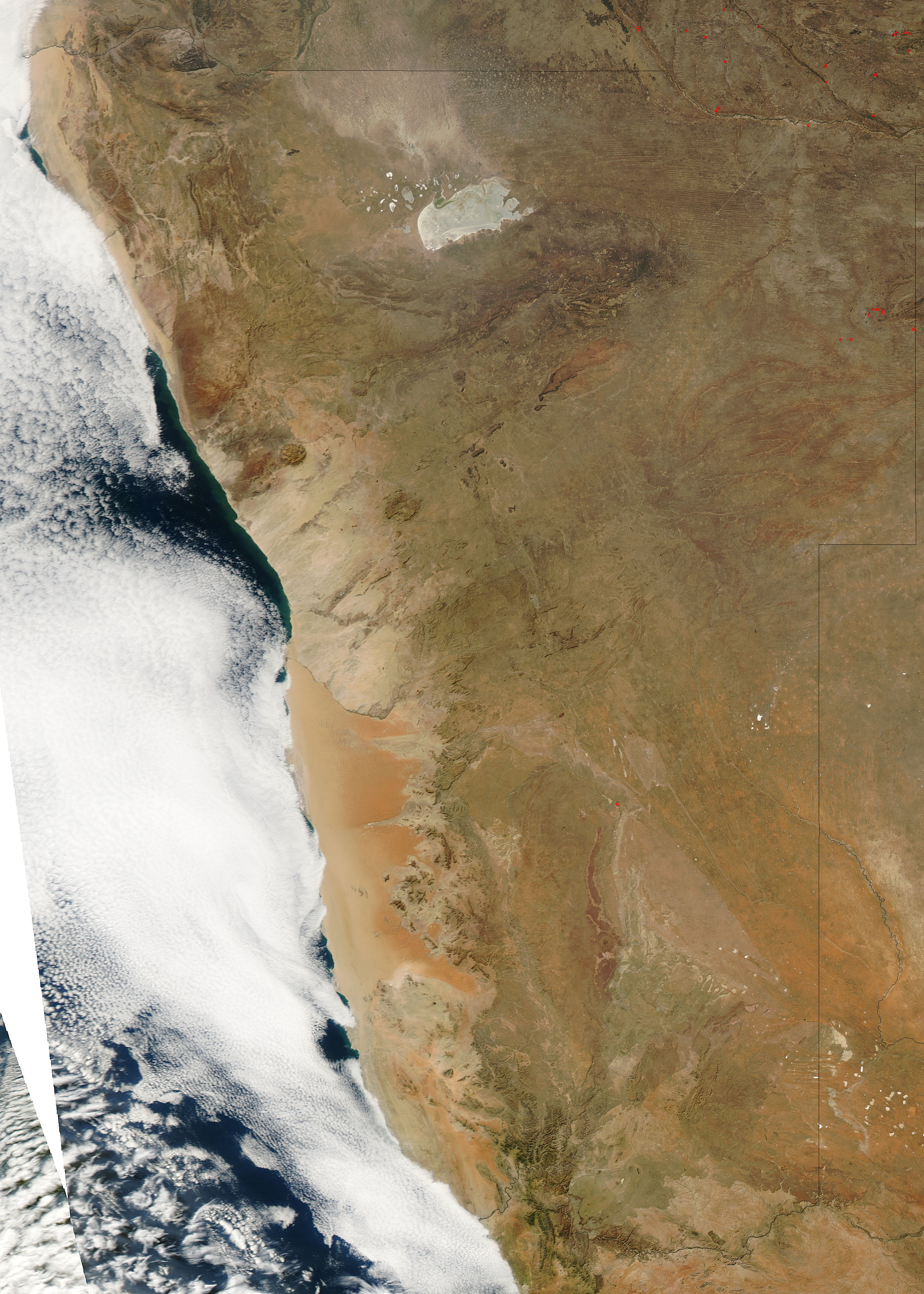 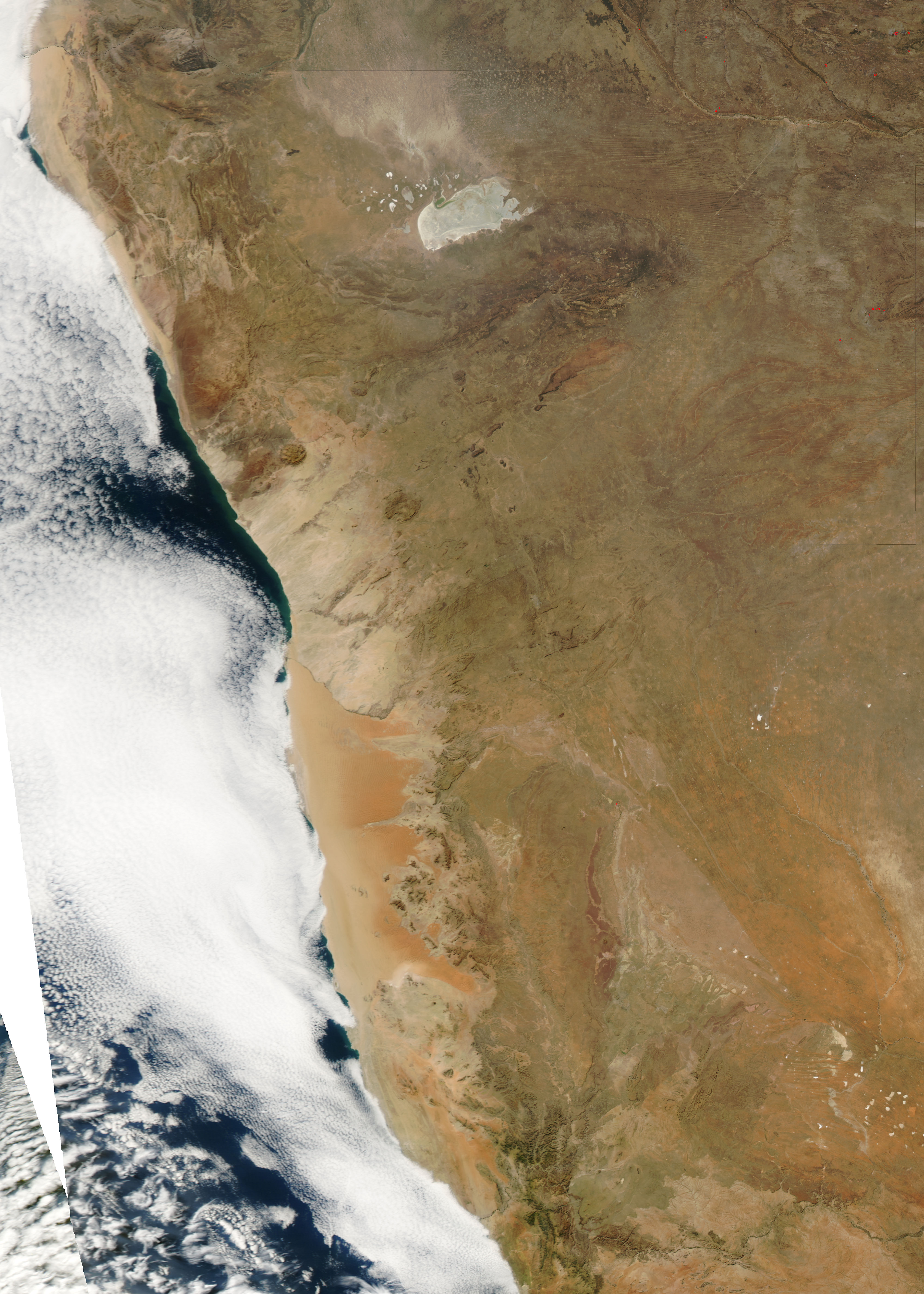 Namibia and the Namib Desert

Featured today, in this MODIS Aqua image, captured July 17, 2006, is the country of Namibia, particularly the Namib Desert. Namibia is a country in southern Africa, on the Atlantic coast. It's bordered by Angola, and Zambia to the north, Zimbabwe to the north-east, Botswana to the east, and South Africa to the south.

Namibia has several notable deserts, most particularly the Namib Desert, stretching over some 1000 miles of coastline. It's 100 miles at its widest point. There are several national parks along the Nabim desert, the largest of which is in the south, called Namib-Naukluft Park. This section of the Namib Desert contains the Sossusvlei Sand Dunes, the largest sand dunes in the world. Dune 7, at approximately 383 meters is the highest sand dune in the world. By comparison, Arabian sand dunes are over 100 meters lower than this.

Please also note the red dots, which mark active fires in the region.