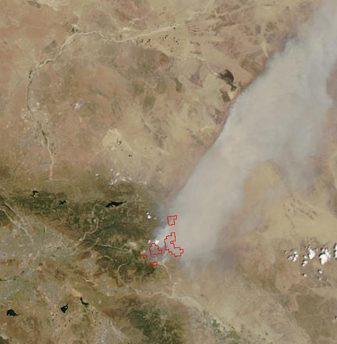 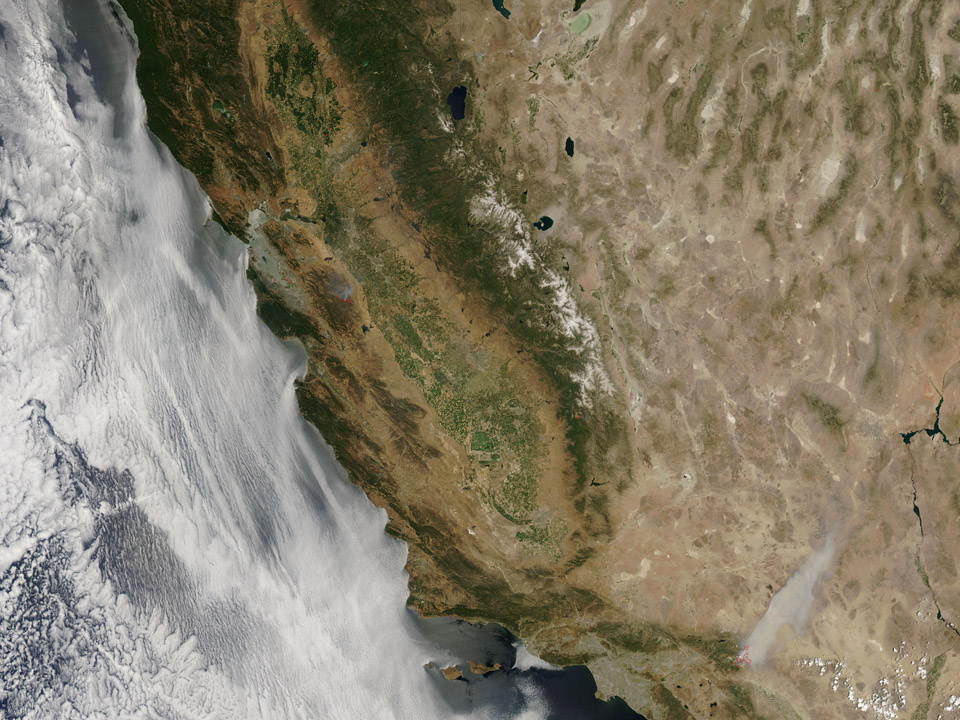 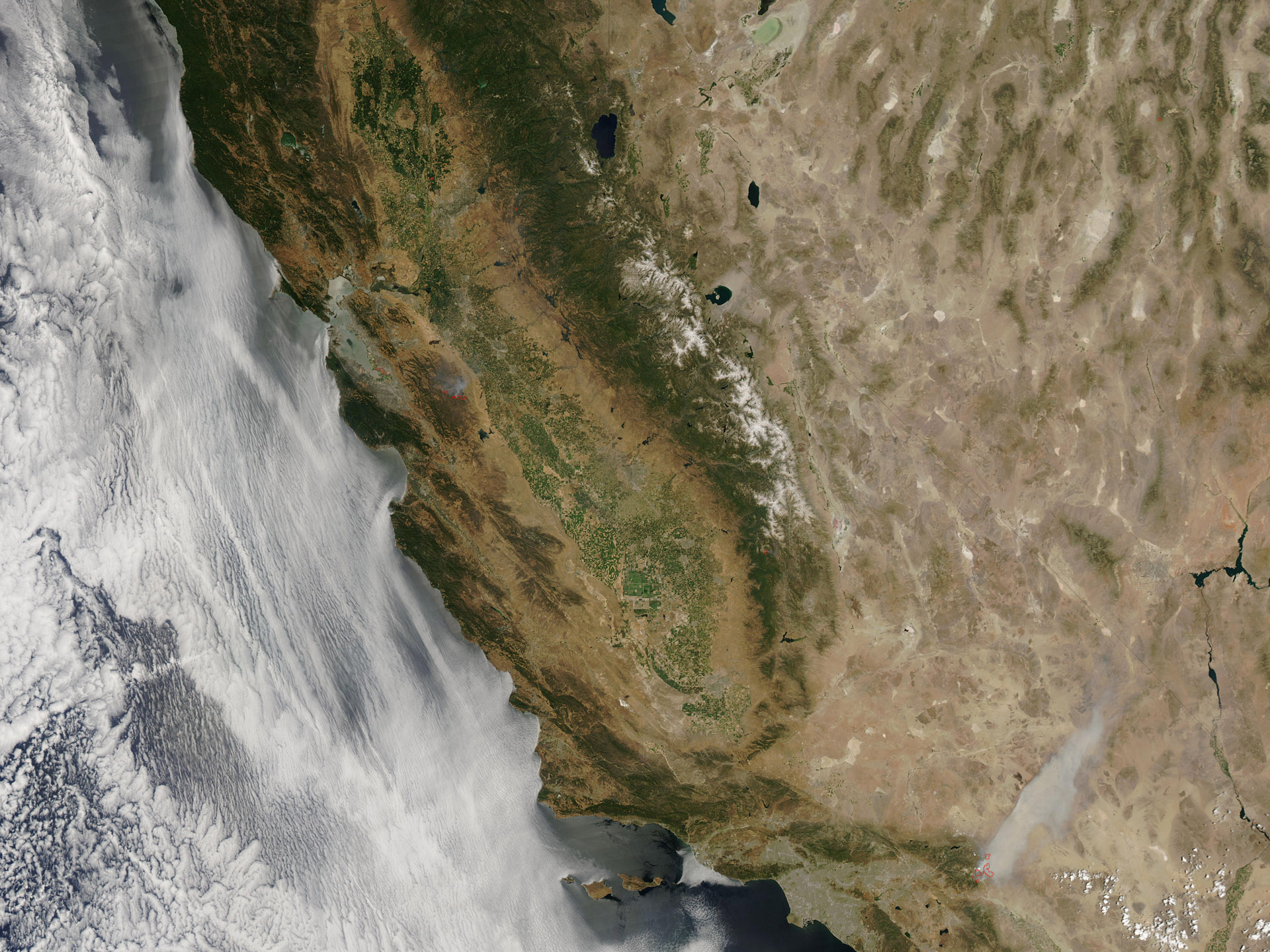 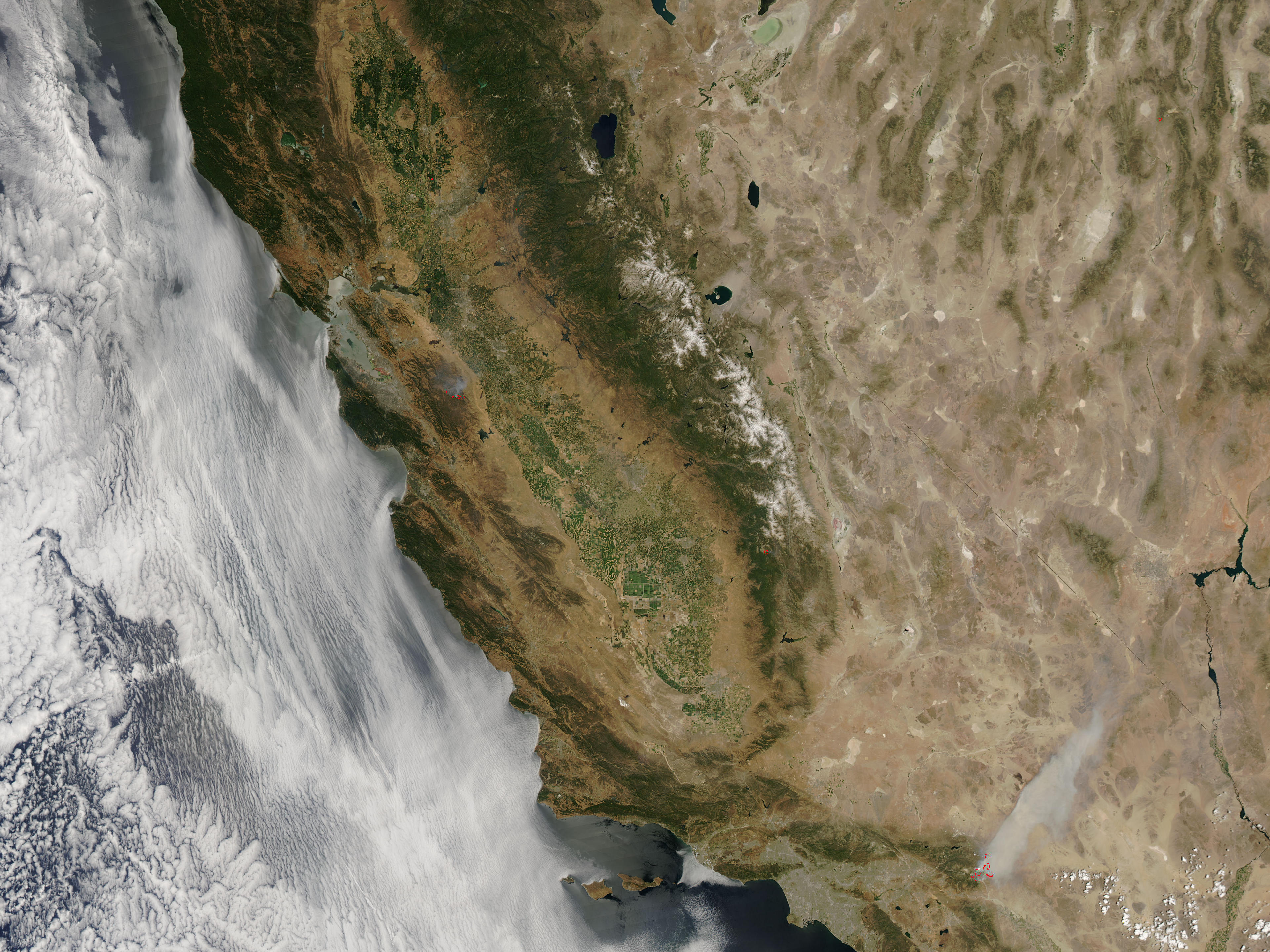 Two wildfires burning in the Mojave Desert at the foothills of the San Bernardino Mountains in southern California continued to spread and threatened to merge into a single large blaze in mid-July 2006. At just over 8,000 acres as of July 14, the Millard Complex Fire is the smaller of the two, and it is located farther west. To the east is the larger Sawtooth Complex Fire, which was about 48,000 acres. The MODIS on NASA’s Aqua satellite captured this image of the area on July 13, 2006, at 2:10 p.m. local time. Locations where MODIS detected actively burning fire are outlined in red.

The Sawtooth Fire is burning mostly in chaparral, an ecosystem dominated by dense thickets of low-growing, drought-adapted shrub. Part of the fire has invaded the San Bernardino National Forest. The Millard Fire is burning in chaparral and conifer forest. Both fires are threatening homes in the region. As of July 14, the National Interagency Fire Center estimated the Sawtooth Fire was 20 percent contained; the Millard Fire was about 5 percent contained.

Northwest of the fires is Big Bear Lake, visible as a small black patch. Directly west of the fires, in the bottom left corner of the image, is the city of San Bernardino. North of the city, running north-south, is the Mojave River, which looks like a pale line arcing up from the city towards the top center of the image.