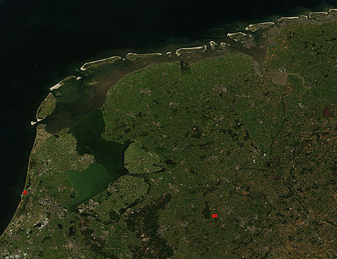 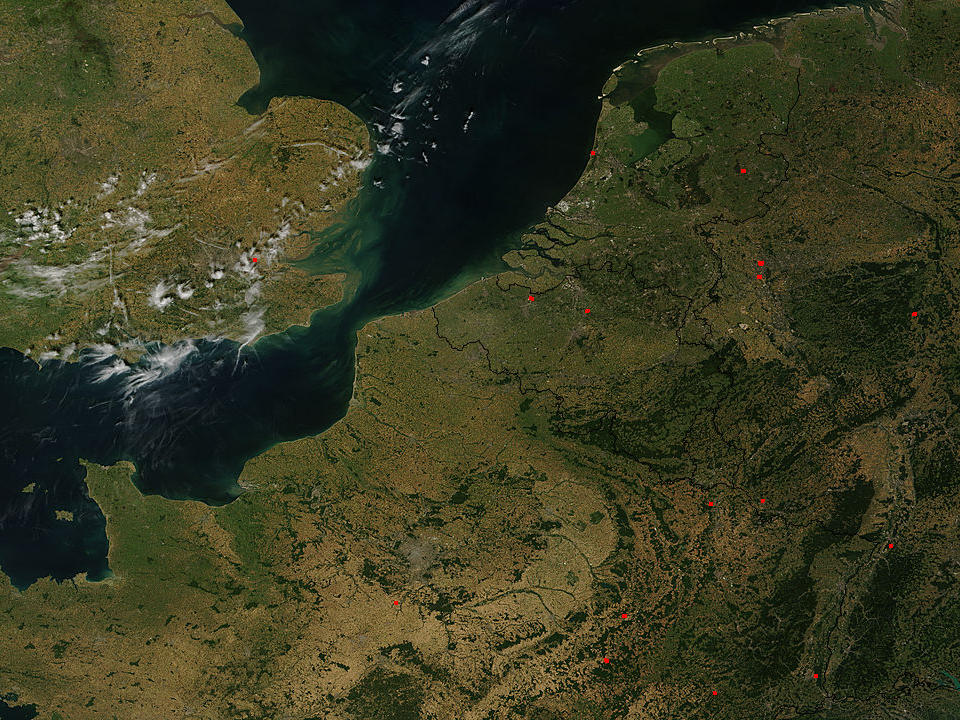 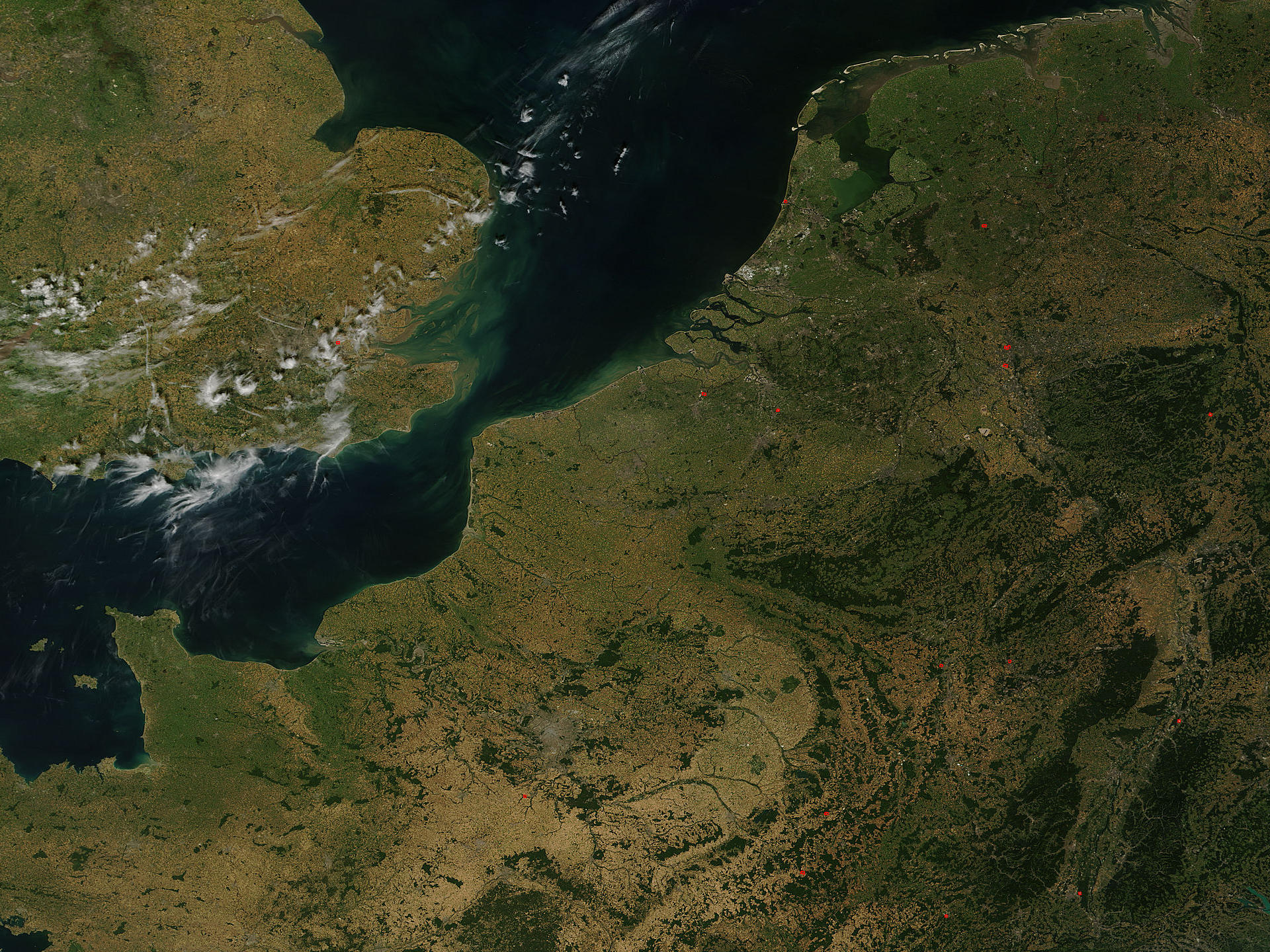 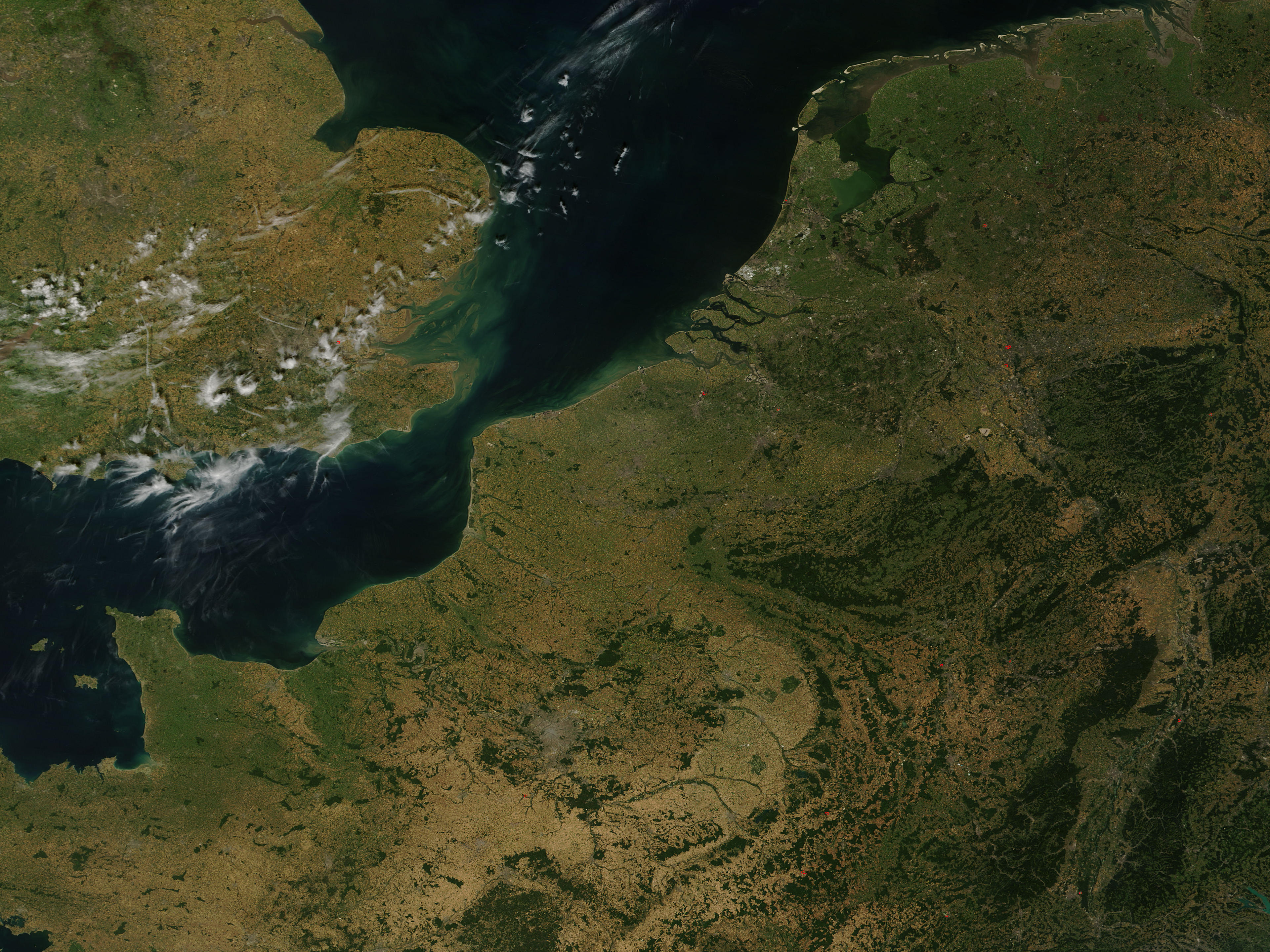 The Netherlands are featured in this MODIS, Terra image from July 17, 2006. The Netherlands, which means, literally 'low lands' is very flat. About half its surface area is less than 1 meter above sea level, and large parts of it are below sea level! A system of dykes and dunes and water pumping stations protect these areas from flooding and keep the ground water level in check. Storms and human intervention have affected the coastline of the Netherlands for centuries, with land being both created, and claimed by the sea.

The country is divided into two main parts by three rivers: Rhine, Waal, and Meuse. The south-western part of the Netherlands is actually one big river delta of these rivers. There are 12 provinces. In the north of the Netherlands is the Wadden Sea, and a chain of islands, known as the West Frisian Islands.

For more information about the historical geography of the Netherlands, check out this Wikipedia entry.