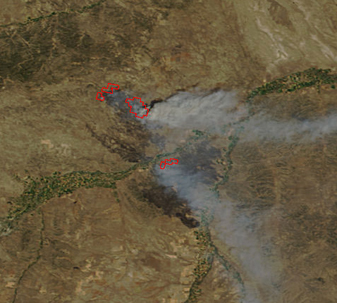 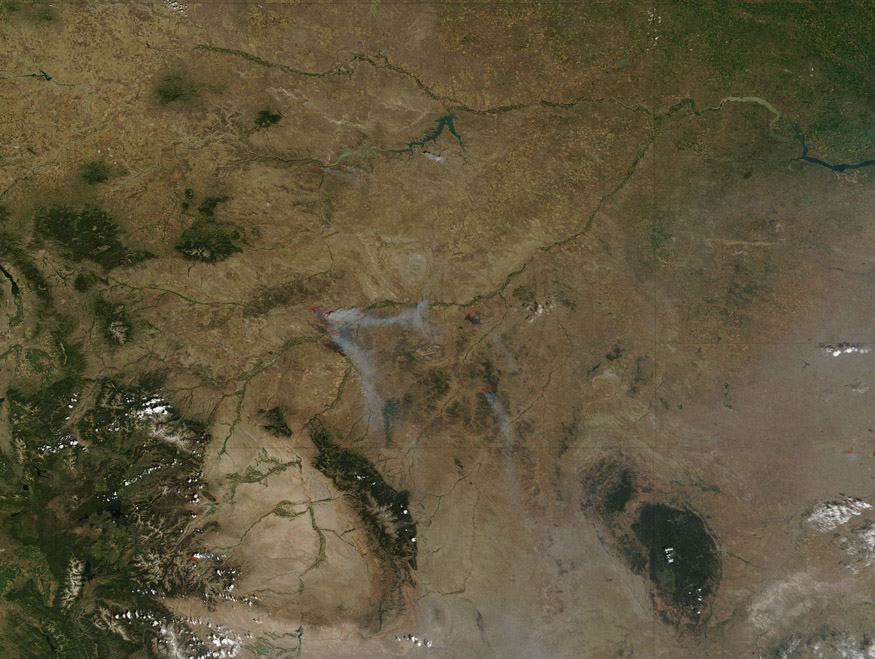 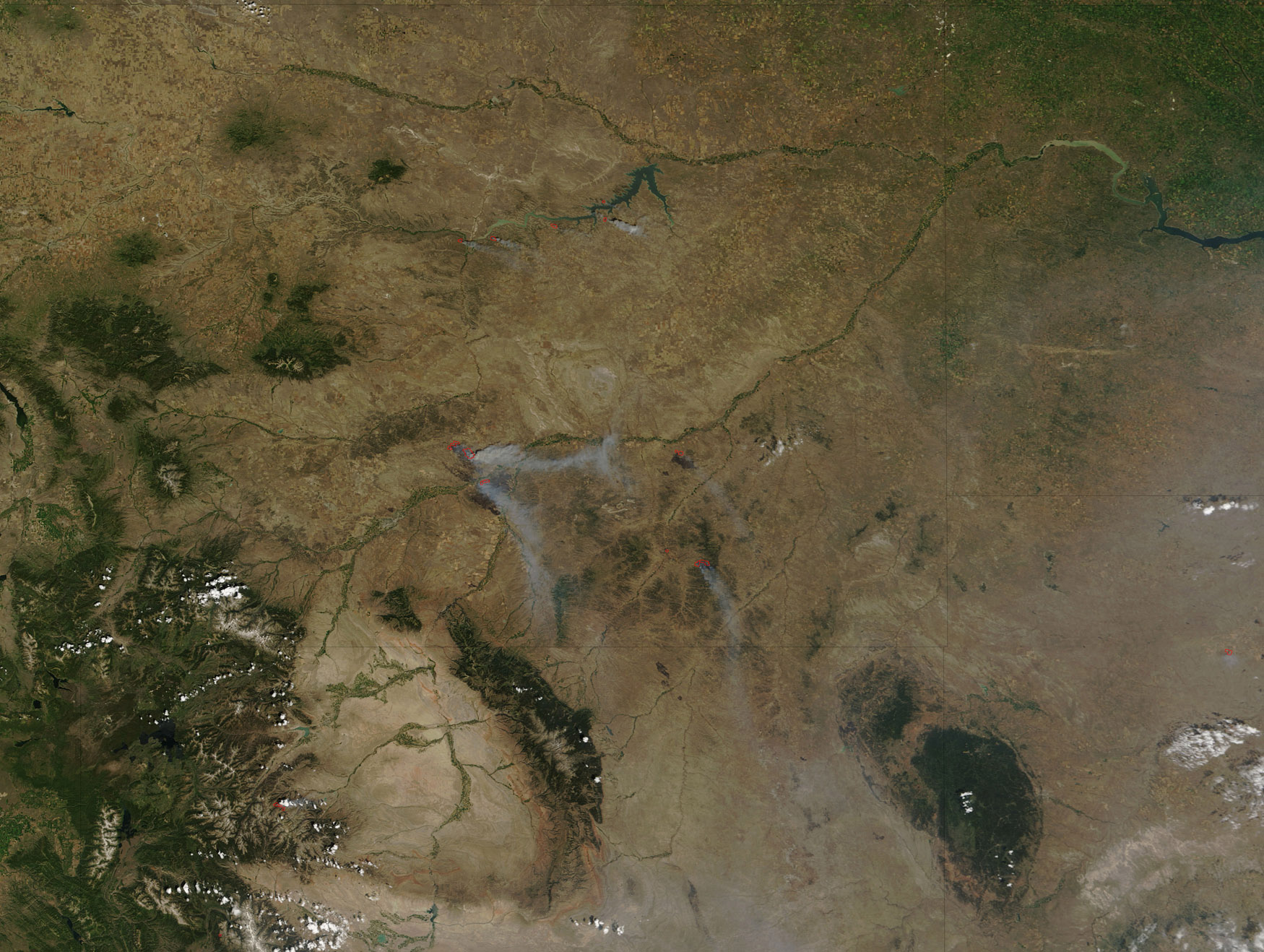 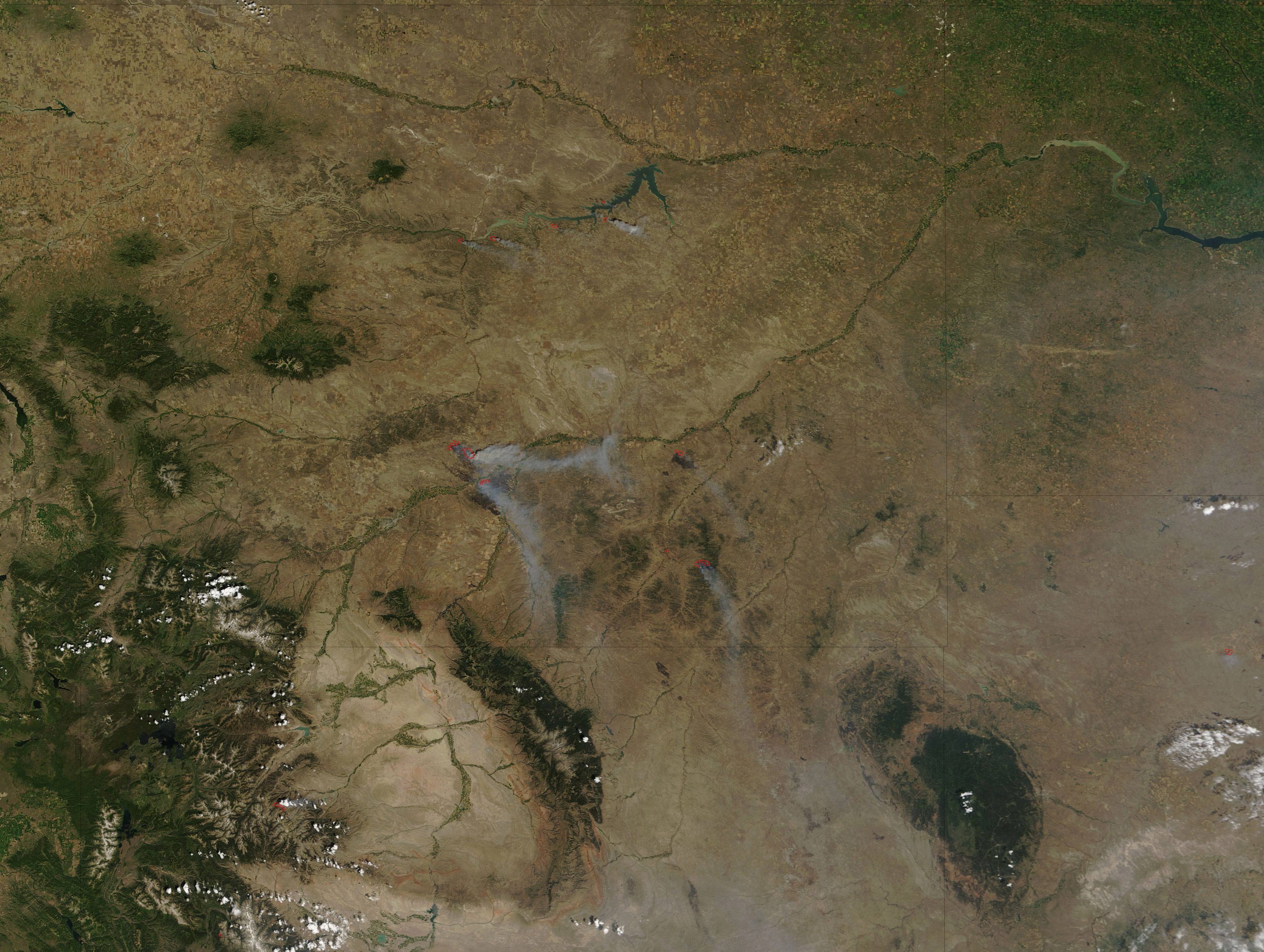 Wildfires in Montana and Wyoming

In Montana, two large fires were burning along the Yellowstone and Bighorn Rivers east of Billings in mid-July 2006. The Bundy Railroad Fire threatened structures, powerlines, rangeland and livestock, and timber. Voluntary evacuations were underway in the region as of July 17, according to the National Interagency Fire Center. The fire was about 80,000 acres. To the south, the Pine Ridge Complex Fire was about 100,000 acres, and it was threatening numerous residences, agricultural property, and a highway rest area.

This image of the fires was captured by the MODIS on NASA’s Terra satellite on July 16, 2006. Places where the sensor detected active fire are outlined in red. The burned areas appear dark brown and are partially hidden by smoke.