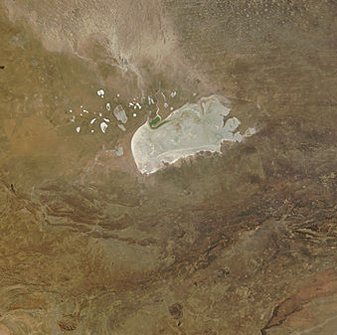 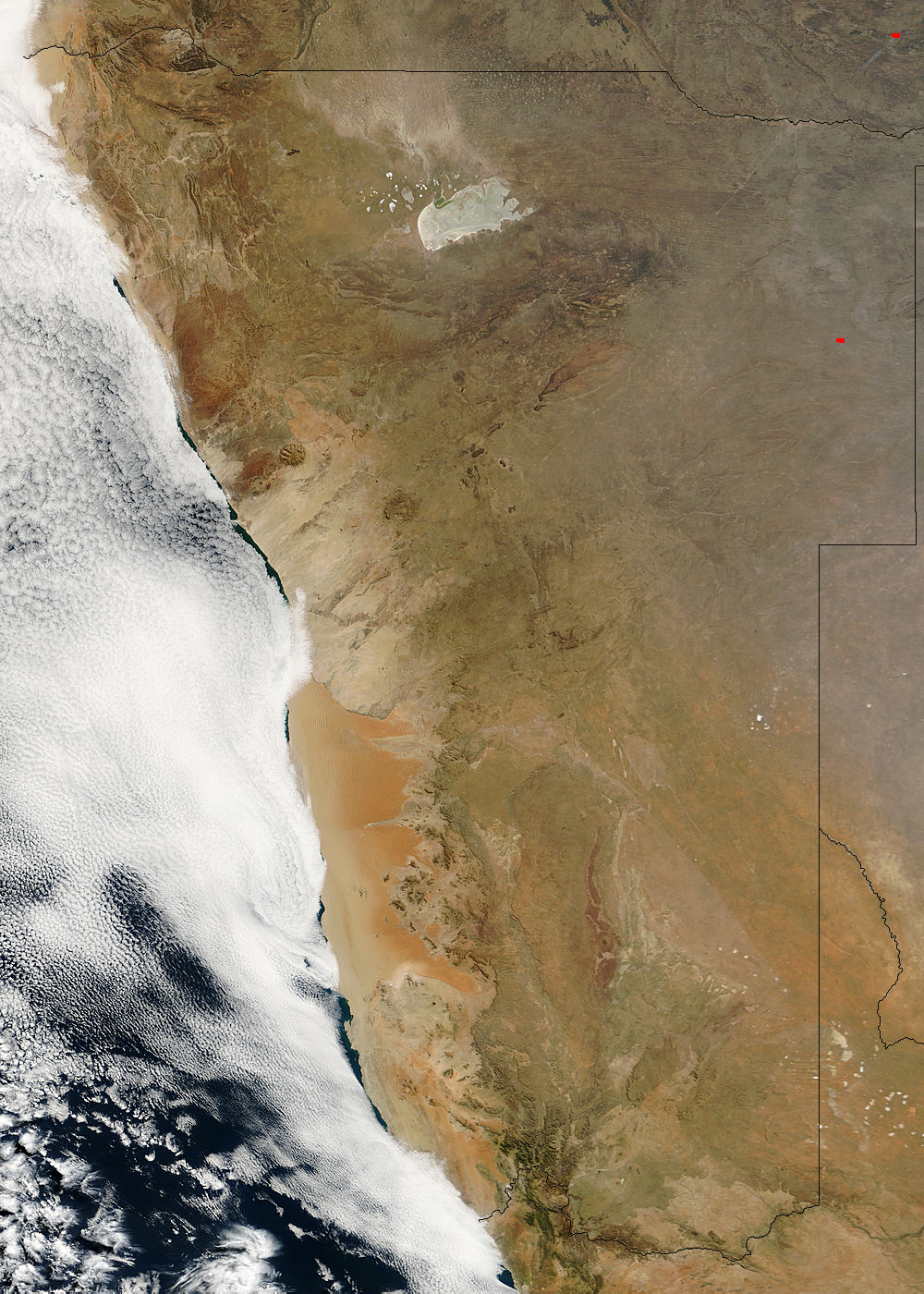 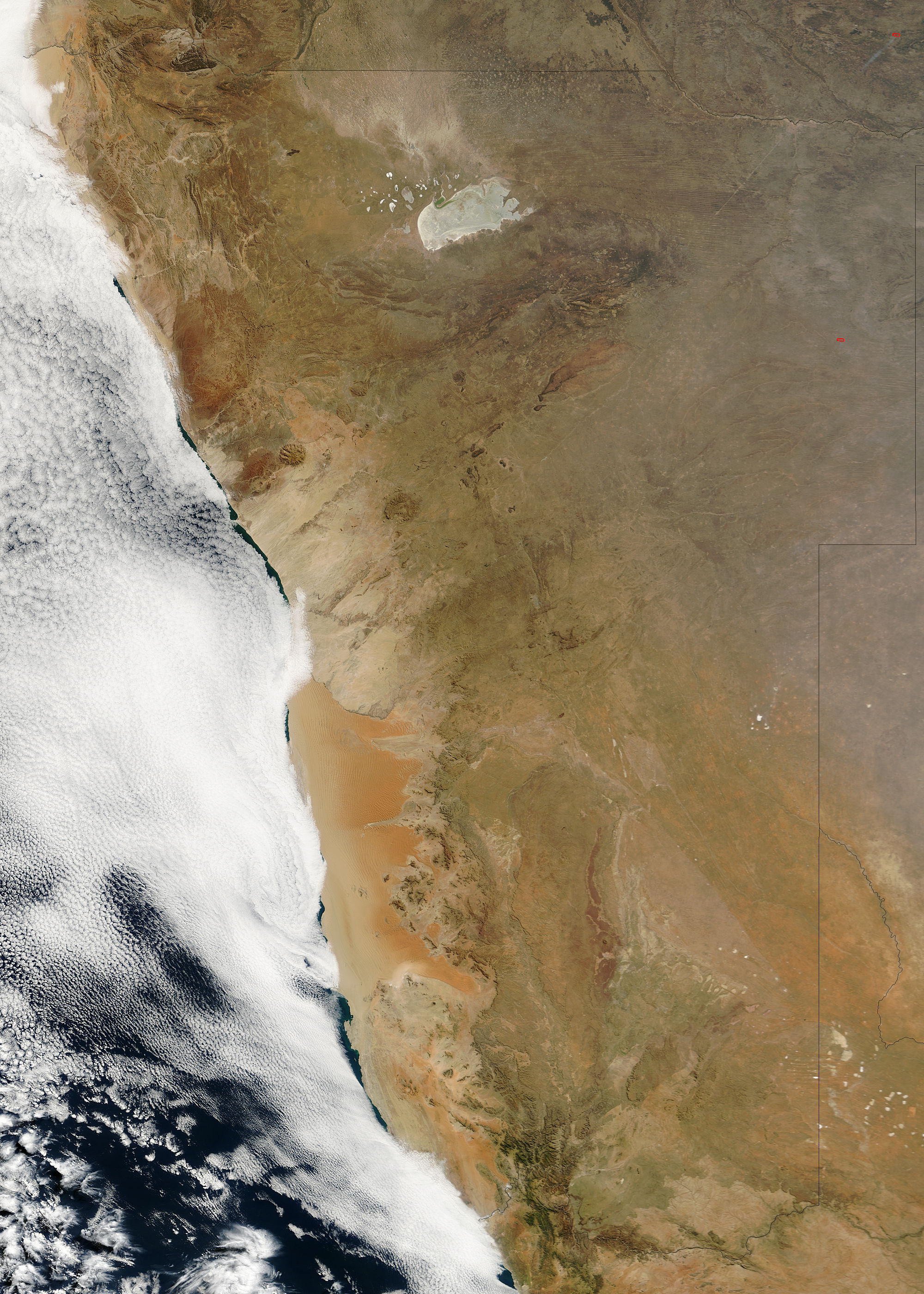 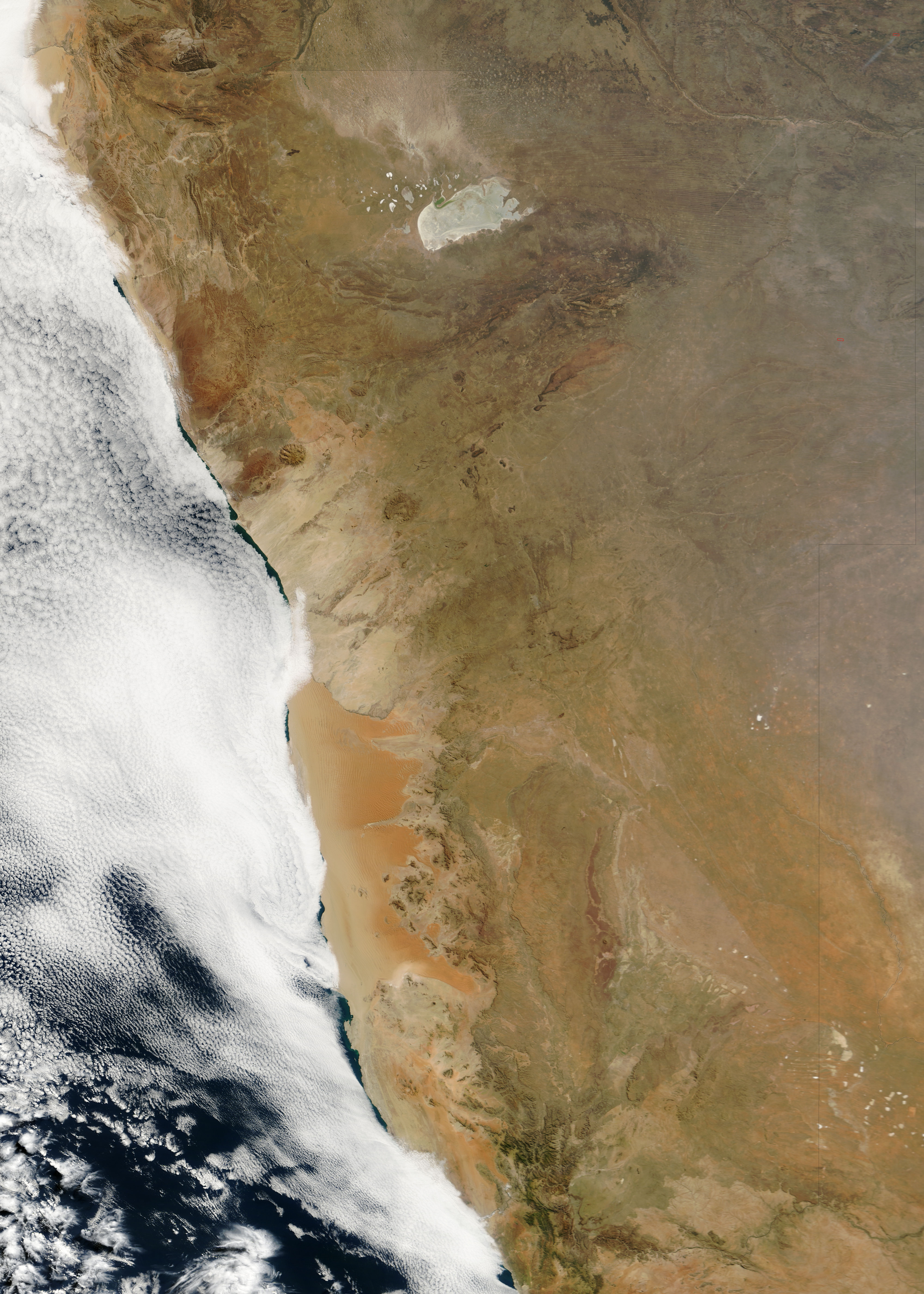 Etosha National Park, in Namibia, was first established in 1907, when Namibia was still a German colony called South West Africa. Though the park is smaller now, than in those days, it is still a large and significant wildlife preserve.

The Etosha Pan, shown in this July 17, 2006 MODIS Terra image, dominates the park. The Etosha Pan is a salt pan desert about 130 km long and 50 km at its widest. It usually dry, but can fill with water briefly in the summer months. When ther is water, pelicans and flamingos can be attracted to it! In the dry seaason, winds can blow the saline dust from the salt pan across the country out over the southern Atlantic. The land downwind of the salt pan is also salt enriched, which can be good for some of the wildlife, but can cause difficulties for agriculture.