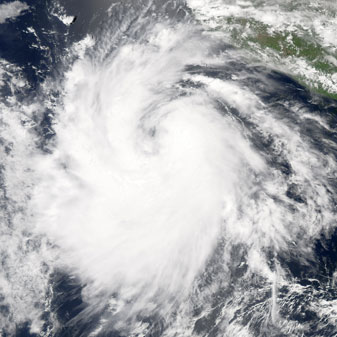 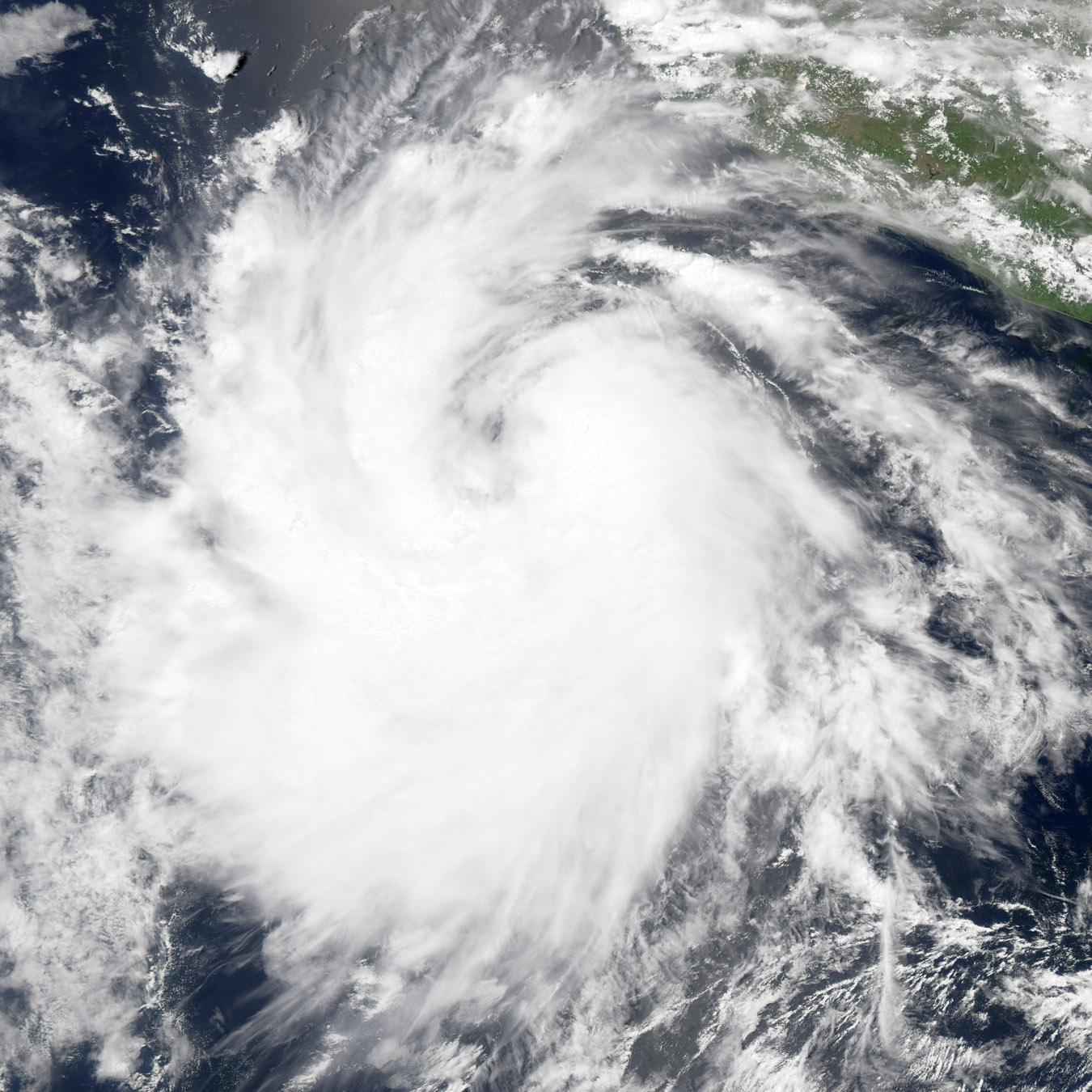 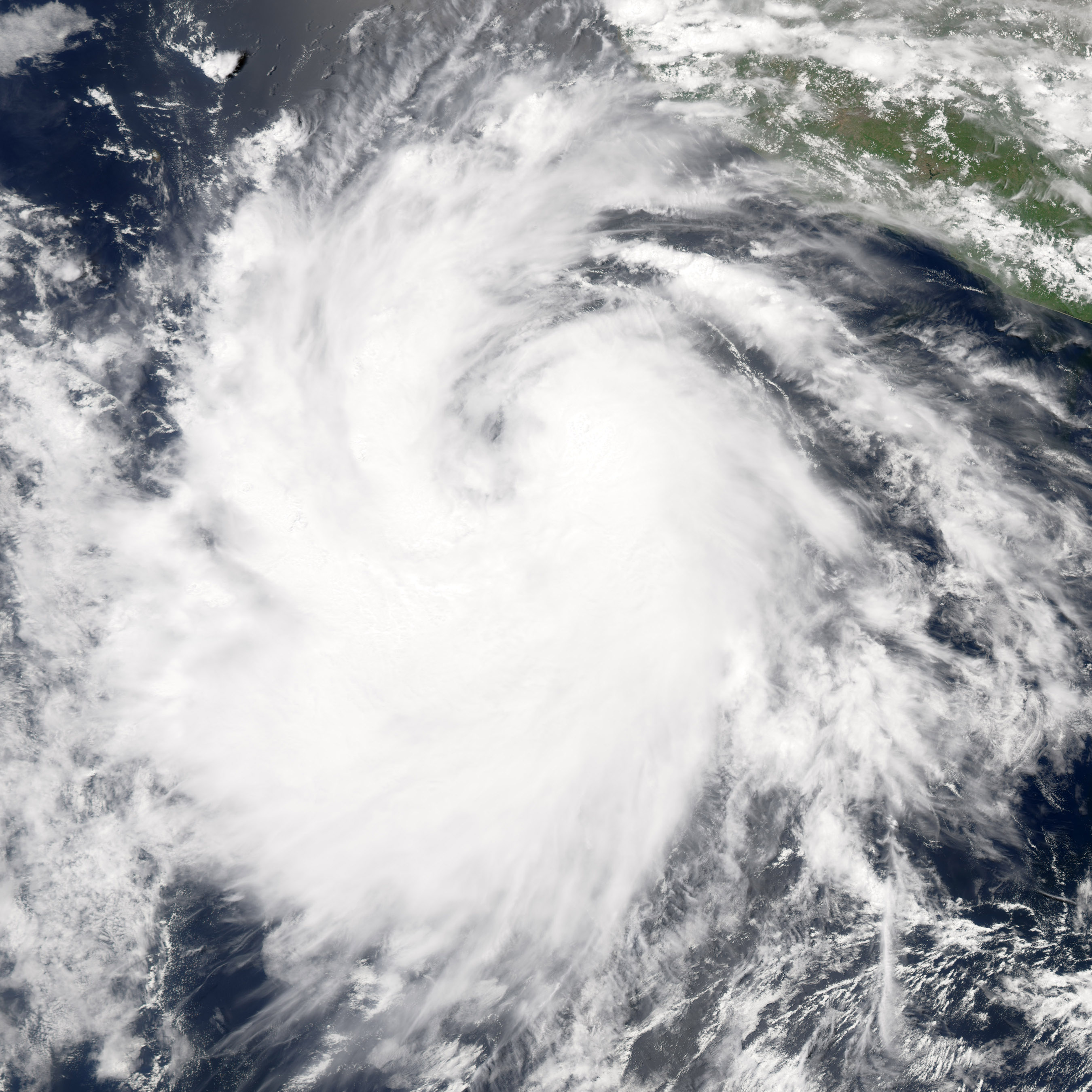 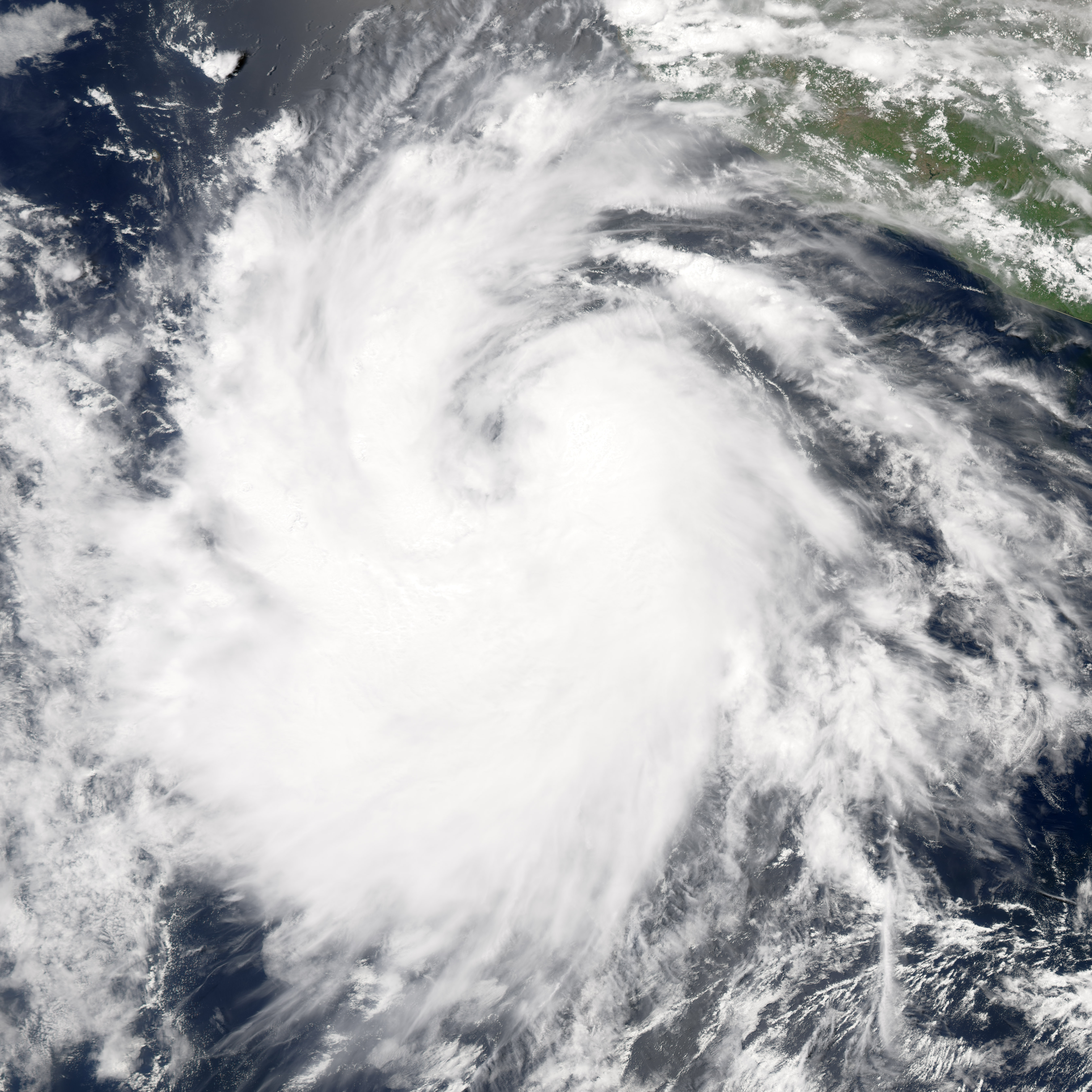 Hurricane Carlotta formed in the eastern Pacific on July 11, 2006 off the Pacific coast of Mexico. The tropical depression gradually gathered power and size as it traveled northwesterly over the next several days, roughly parallel to, but well away from, the Mexican coast. The tropical depression was upgraded to tropical storm status and given the name Carlotta on July 12, and the storm was upgraded again to hurricane status the morning of the next day. Forecasts as of July 13 predicted that Carlotta would continue to intensify and track westerly to northwesterly out further from the Pacific coast of Mexico without making landfall or posing any significant storm threats on land. The track of the hurricane roughly mimics that of Hurricane Bud nearby which formed a day earlier and is also tracking westerly out to sea.

This photo-like image was acquired by the MODIS on the Aqua satellite on July 12 2006, at 2:20 p.m. local time (20:20 UTC). The tropical storm had a developing spiral structure in this image, hinting that its intensity was climbing towards the hurricane status it achieved some 12 hours later. Sustained winds in the storm system were estimated to be around 100 kilometers per hour (55 miles per hour) around the time the image was captured, according to the University of Hawaii’s Tropical Storm information center.