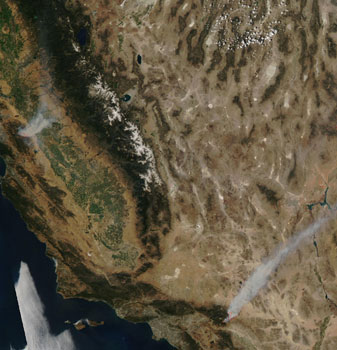 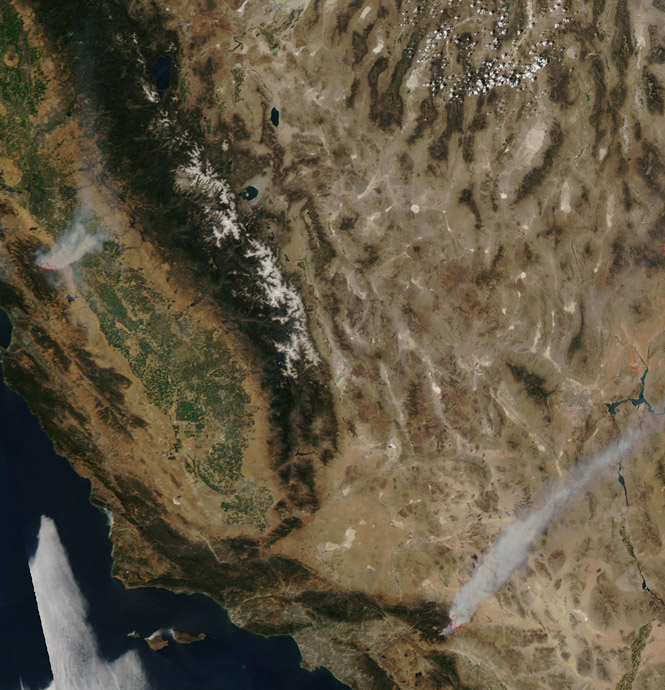 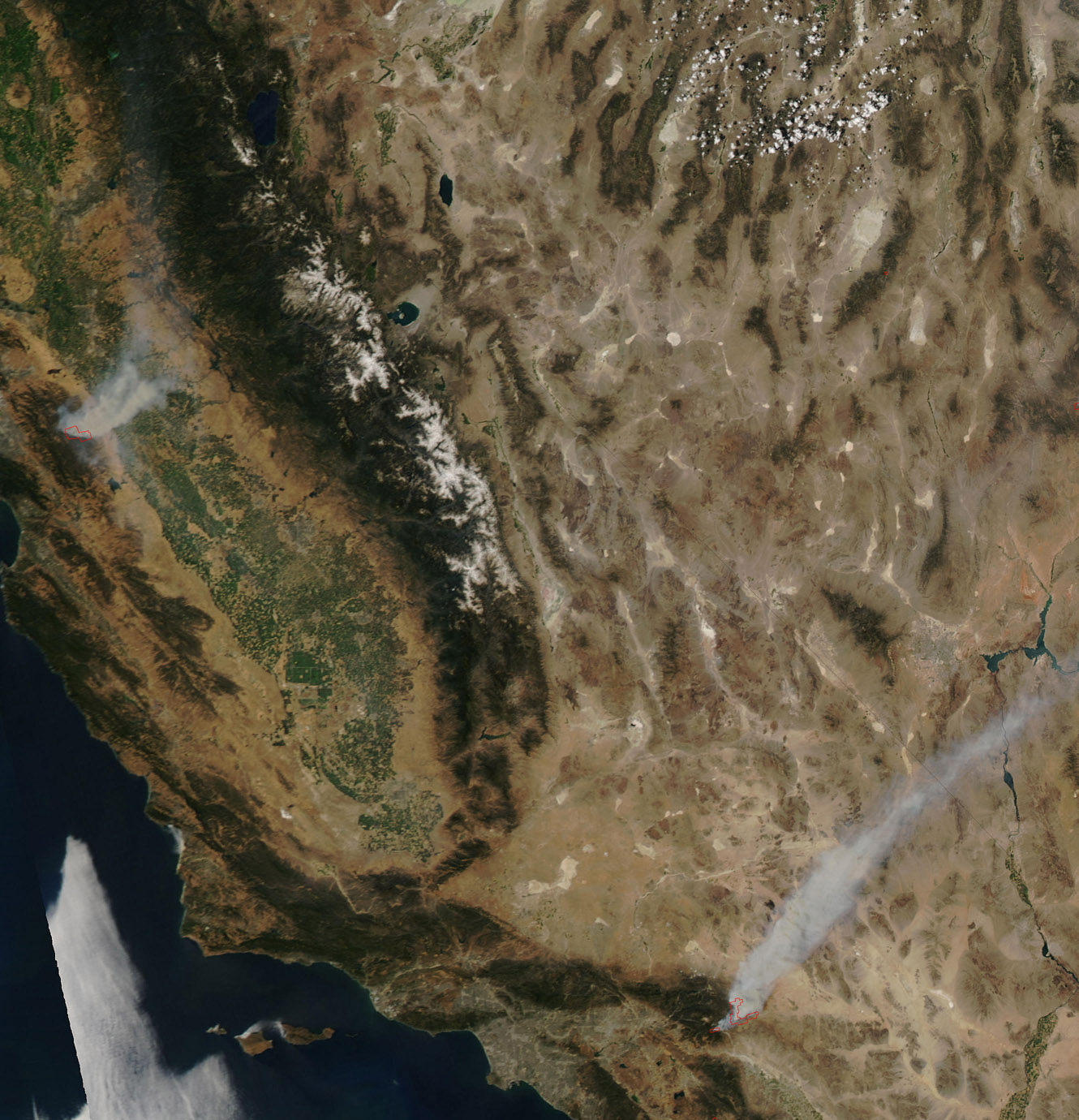 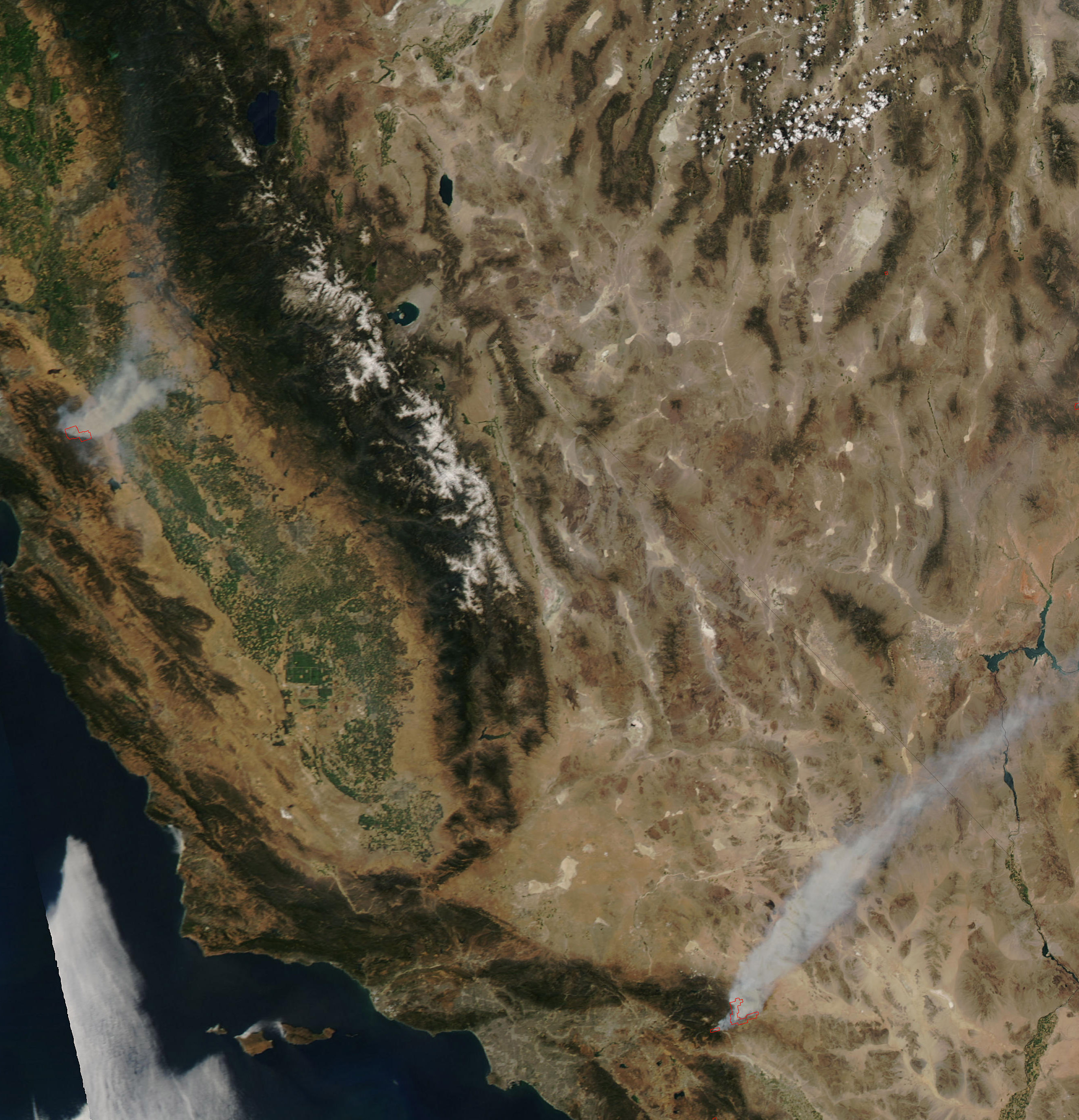 Several fires were burning in California on July 12, 2006, when the MODIS on NASA’s Aqua satellite passed overhead and captured this image. The places where MODIS detected active fire are marked in red. In the south, the Sawtooth Fire and the Millard Fire are burning close together at the foothills of the San Bernardino Mountains at the margin of the Mojave Desert. To the north, the Canyon Fire is burning to the east of San Jose in the Diablo Range Mountains.