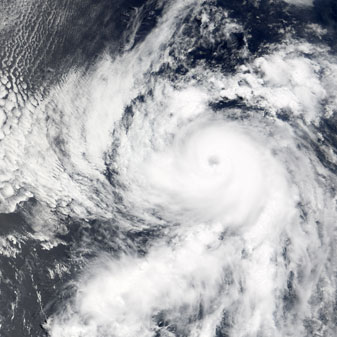 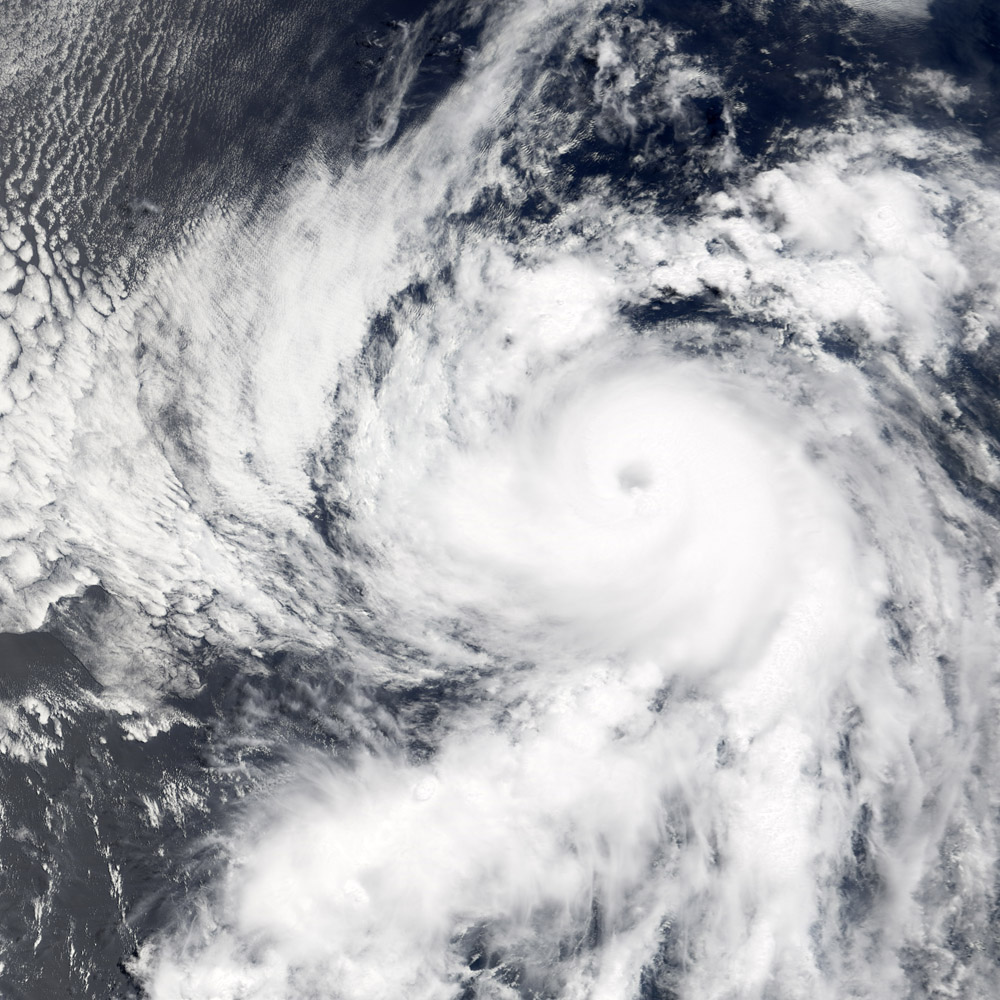 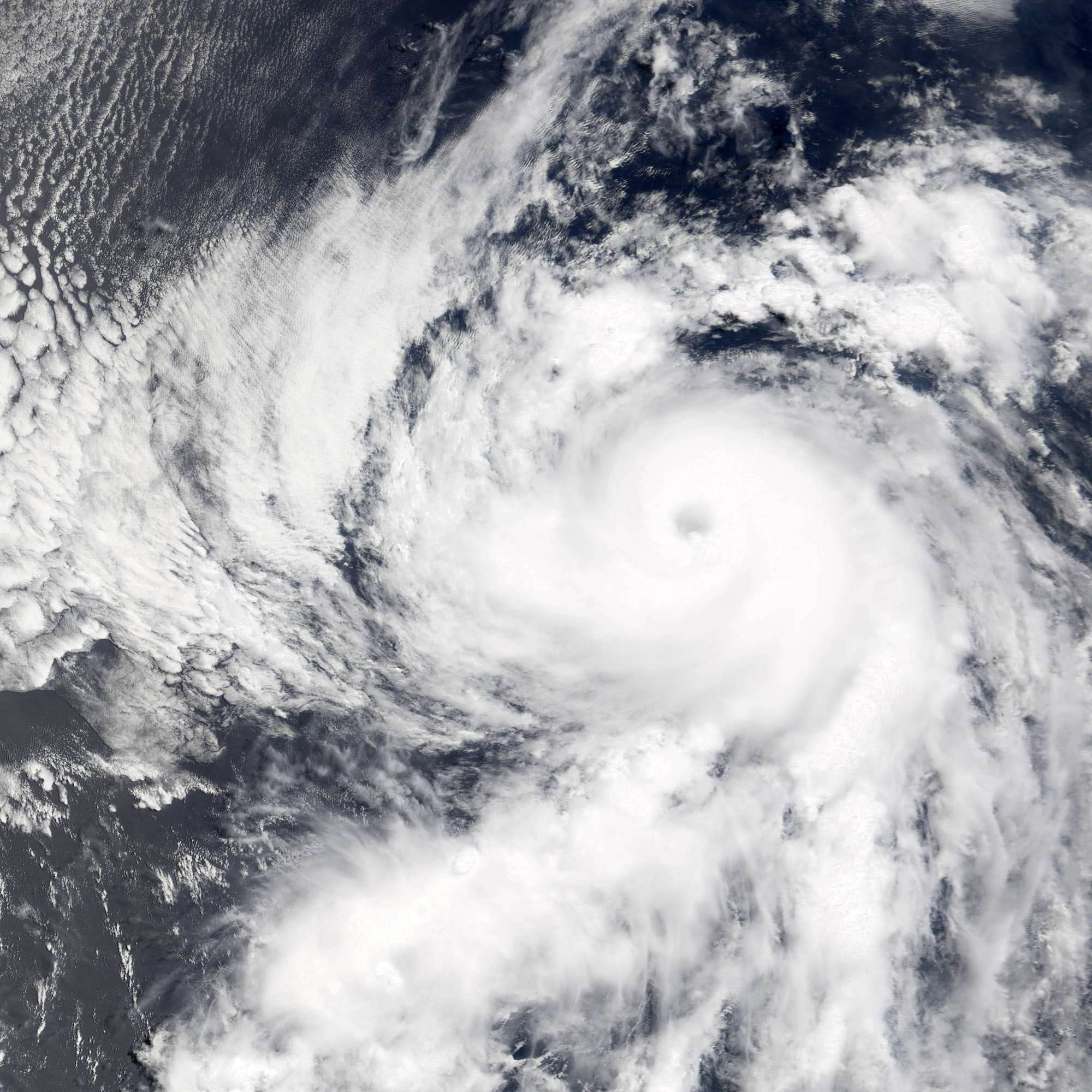 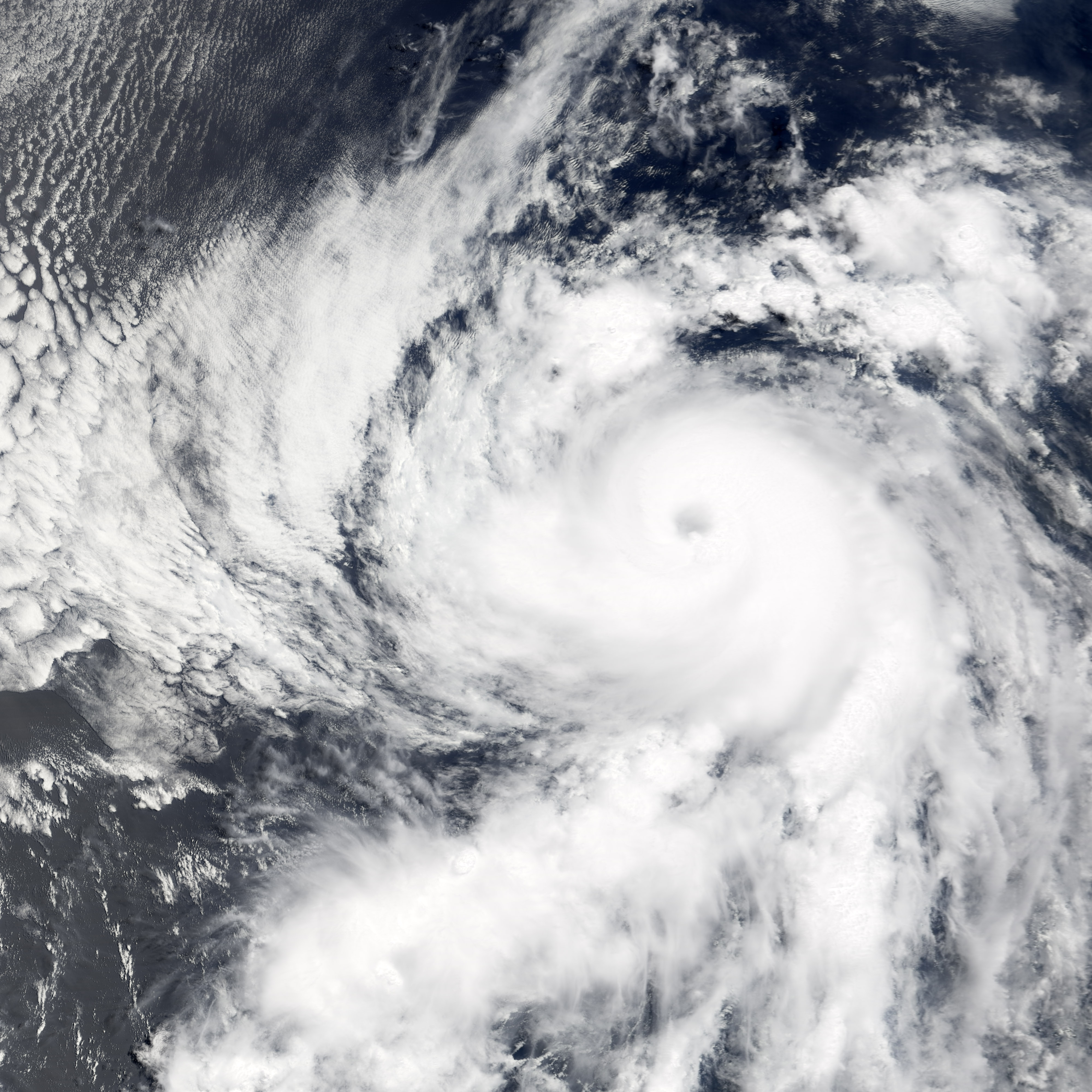 Hurricane Bud formed in the eastern Pacific on July 10, 2006 off the Pacific coast of Mexico. The tropical depression gathered power and size rapidly as it traveled northwesterly over the next several days, roughly parallel to, but well away from, the Mexican coast. The tropical depression was upgraded to tropical storm status and given the name Bud around midnight (local time) on July 11, and Bud was upgraded again to hurricane status only a few hours later. After a brief hiccup when it lost power and slipped back to storm status, Bud intensified over the next several days, reaching Caterogory Three status on the Saffir-Simpson Hurricane Scale by the morning of July 13.

This image was acquired by the MODIS on the Terra satellite on July 12 2006, at 12:55 p.m. local time (18:55 UTC). The hurricane was quite compact, but had a well defined spiral structure and a distinct eye. Sustained winds in the storm system were estimated to be around 160 kilometers per hour (100 miles per hour) around the time the image was captured, according to the University of Hawaii’s Tropical Storm information center.