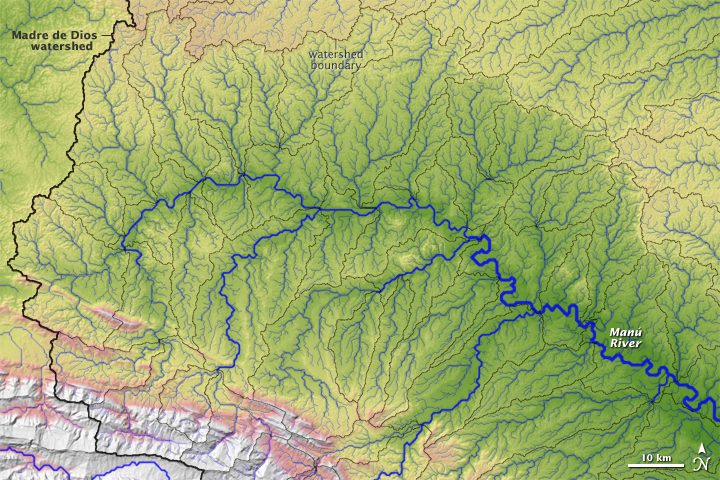 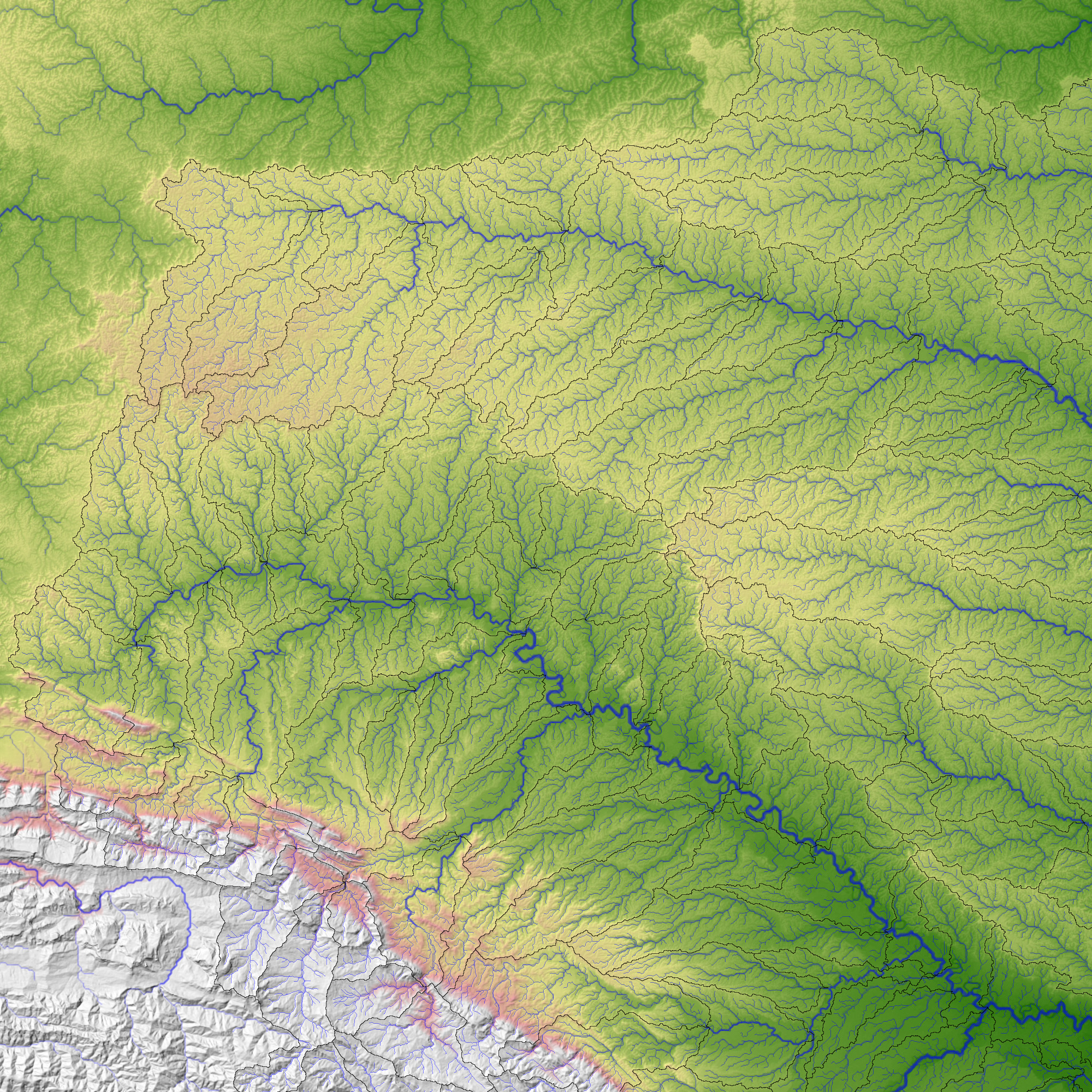 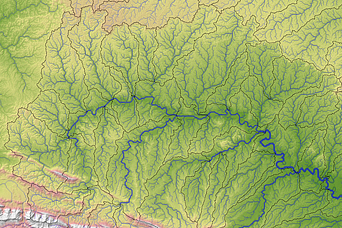 In 2004, a small group of freshwater conservation biologists at World Wildlife Fund who were studying the Madre de Dios River in the southwestern Amazon found a creative way to locate rivers. The team used high-resolution topographic maps based on radar data collected by the Space Shuttle Endeavour in 2000 to map how water would flow across the landscape. This image shows the result of their efforts, including elevation, river channels, and watershed boundaries.