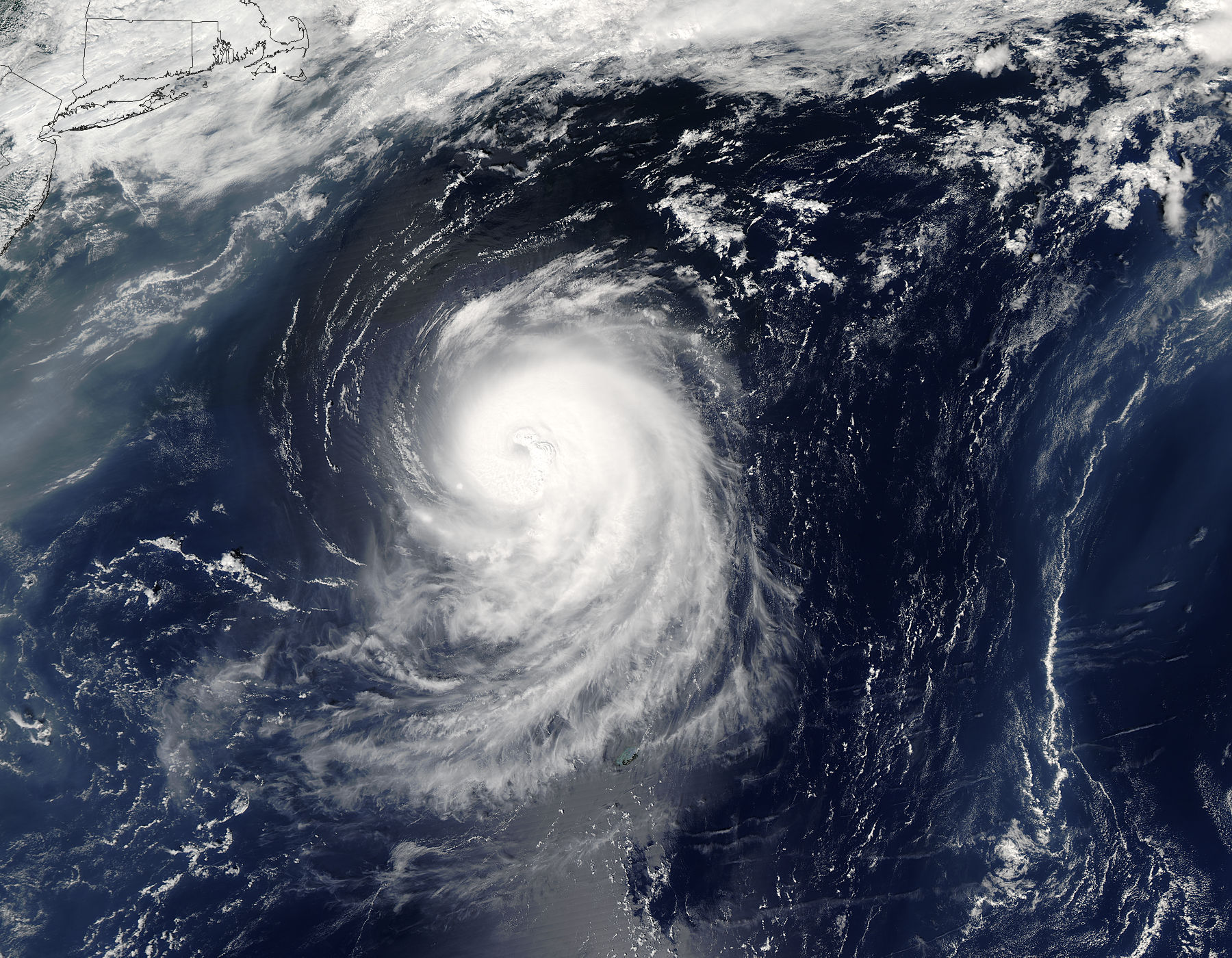 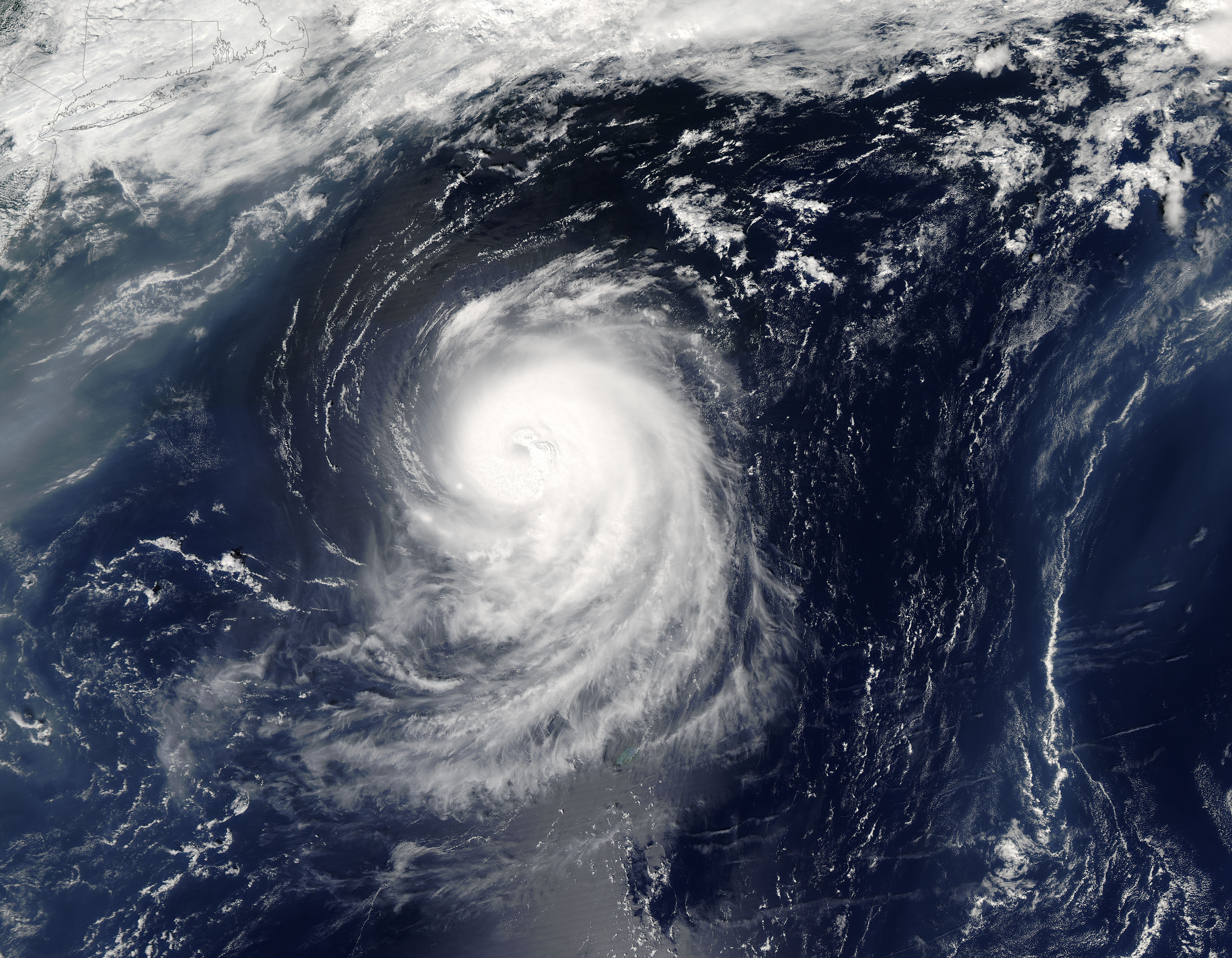 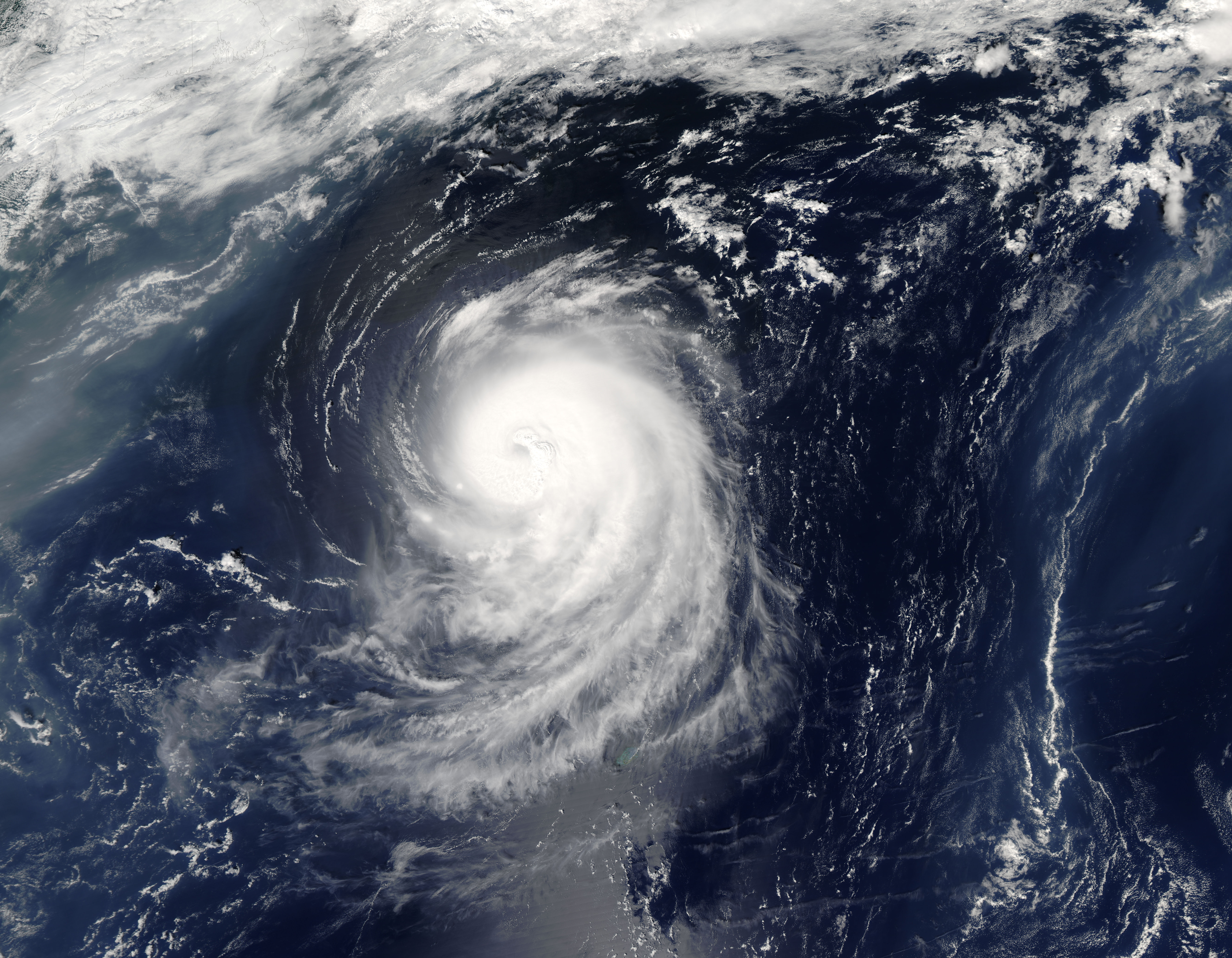 Hurricane Irene off Eastern US

As of 5 a.m., August 18, Irene was classified as a “tropical storm”. At that time, Irene was located about 625 km (385 miles) south-southeast of Newfoundland, Canada. When this image was acquired on August 15, Irene was considerably further south, having not yet passed New England. The storm is moving at a speed of about 56 km per hour (35 miles per hour), with maximum sustained winds of about 61 knots or 70 miles per hour (1 knot = 1.15 mph). In order to be classified as a hurricane, Irene´s maximum sustained winds would have to exceed 63 knots or 73 mph; this was the case on August 15. Hurricanes are large, rotating regions of wind, clouds, and thunderstorms formed over warm tropical oceans. As Irene continues to move over cold water, it will keep gradually losing strength. Hurricanes are given names in order to make communication about them easier. During World War II, Army and Navy meteorologists would often name them after their wives or girlfriends. In 1979, the National Weather Service began to use men´s names as well as women´s. If a name becomes well known, usually because the hurricane was particularly destructive, it will be retired to prevent confusion; examples include Agnes (1972) and Andrew (1992).