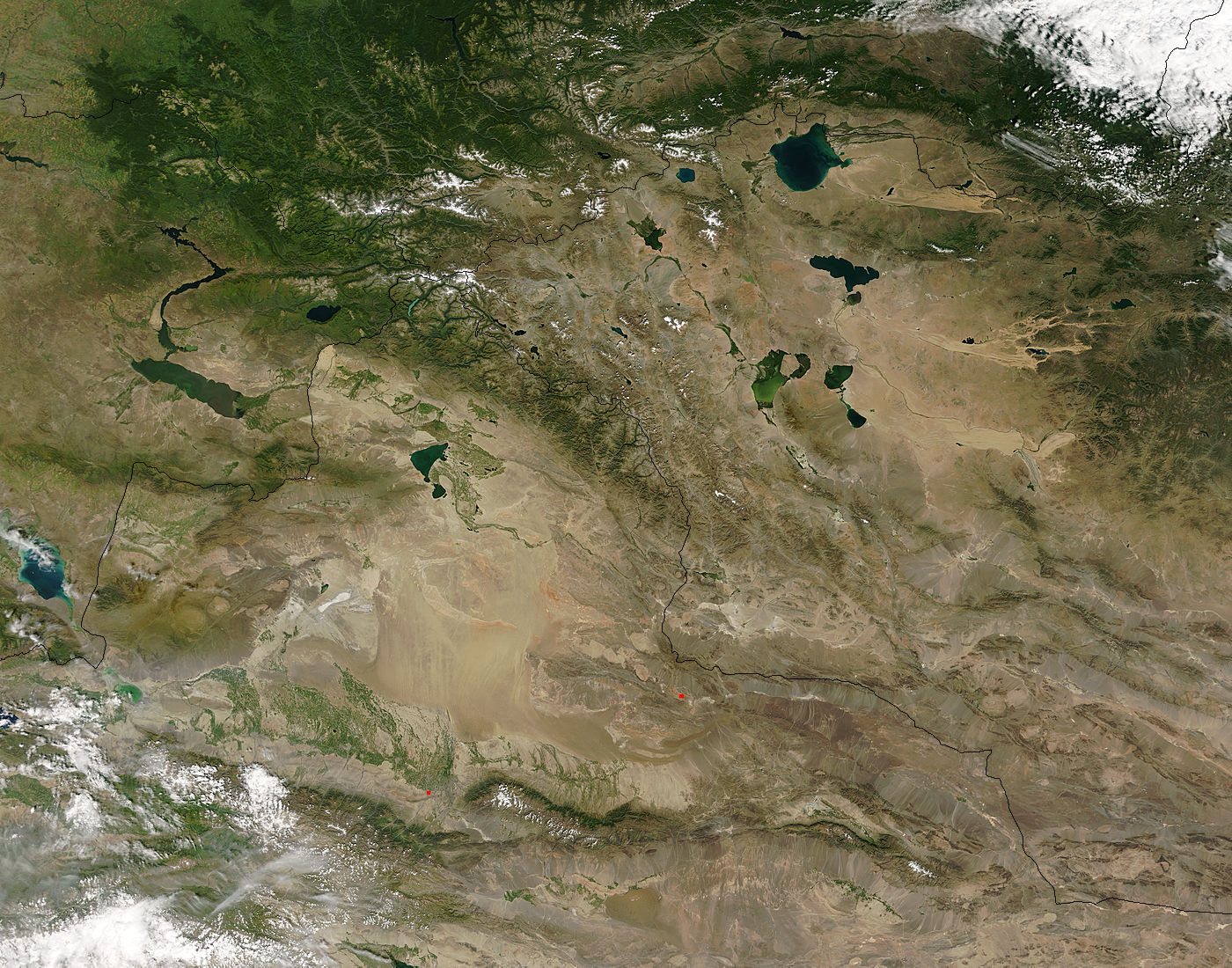 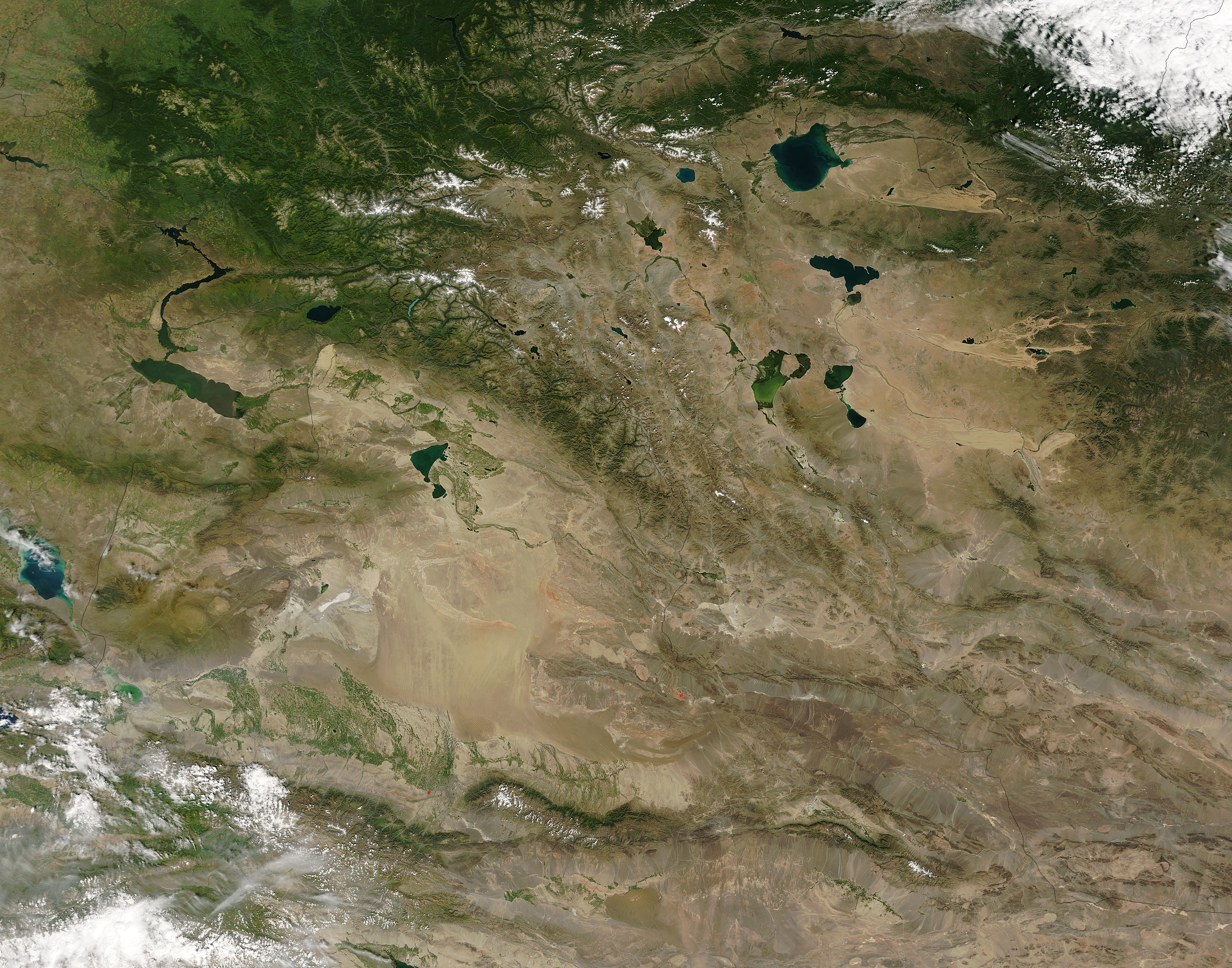 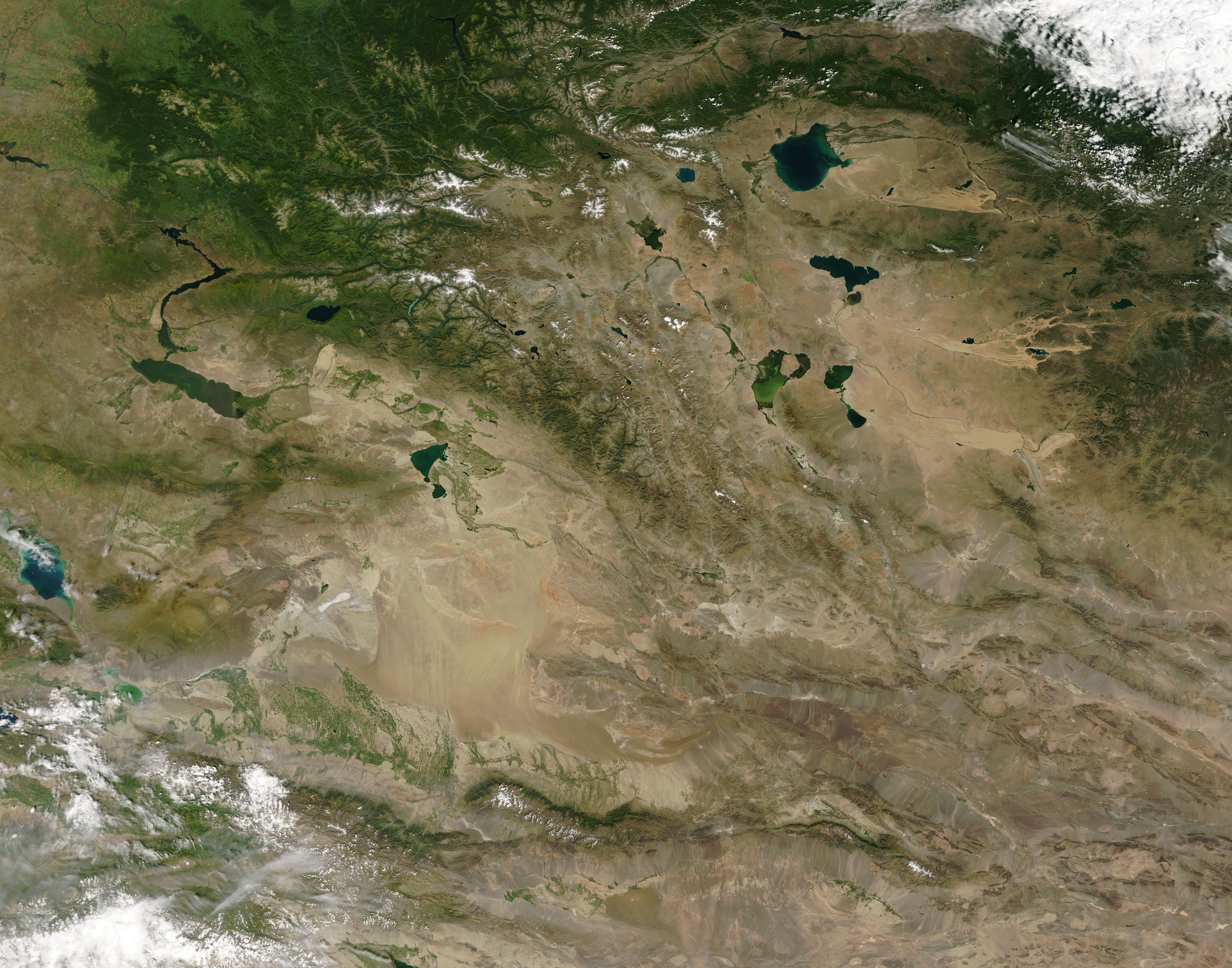 The rugged and remote Altai Mountains (running diagonally from the upper left to lower right of the image) tower over the surrounding basin of desert, steppe, forest, and taiga ecosystems. The large lake at the top of the image is Uvs Nuur, which is approximately the size of Rhode Island. This part of the country is sparsely populated inhabited mostly by Kazakhs, who are Muslim and speak a Turkic language; the majority of the population of the rest of Mongolia are Buddhists who speak Mongolian and Russian. Most Mongolians that live outside of the few cities are nomadic and live in gers (sometimes called yurtas), or large tents with wooden frames. Western Mongolia is renowned for its endangered and rare species, including lynx, argarli sheep and snow leopards. The region is seismically active, with numerous hot springs and frequent earthquakes. The two red dots in this image signify grassland fires just over the border in Northern China.