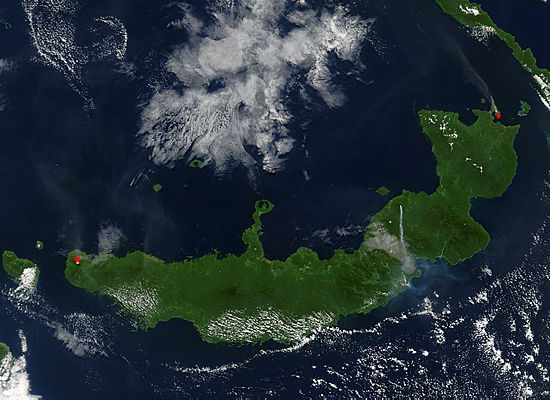 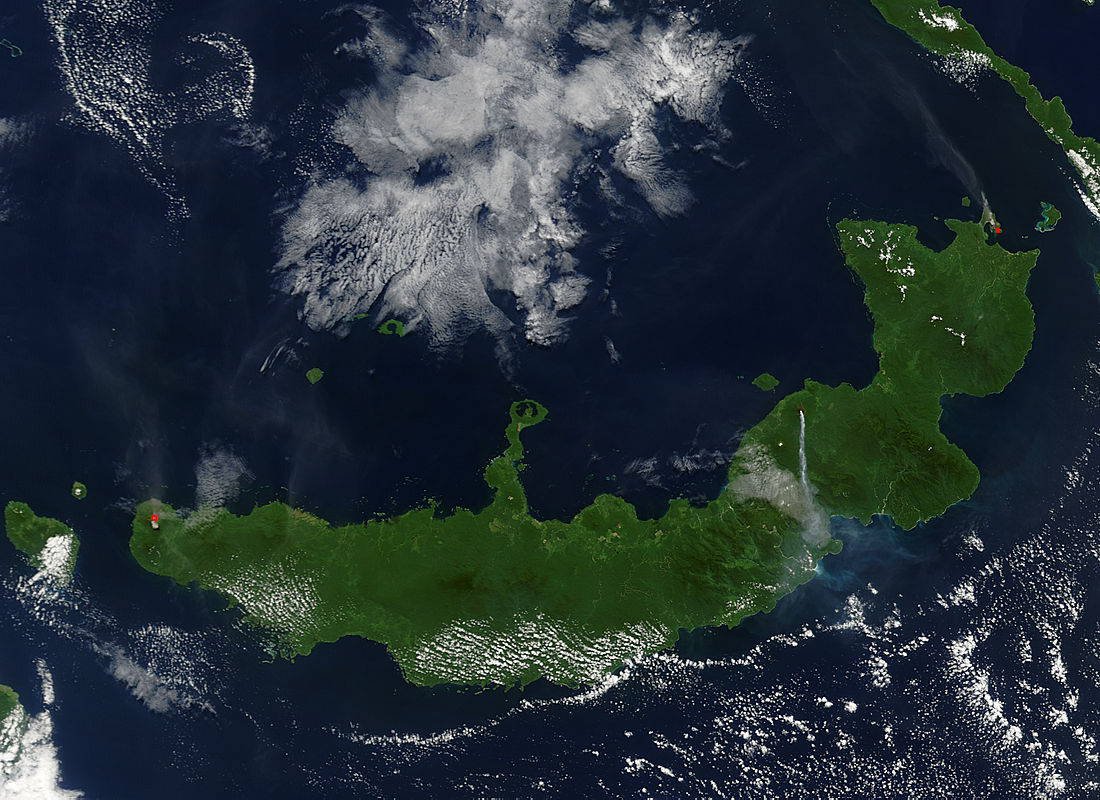 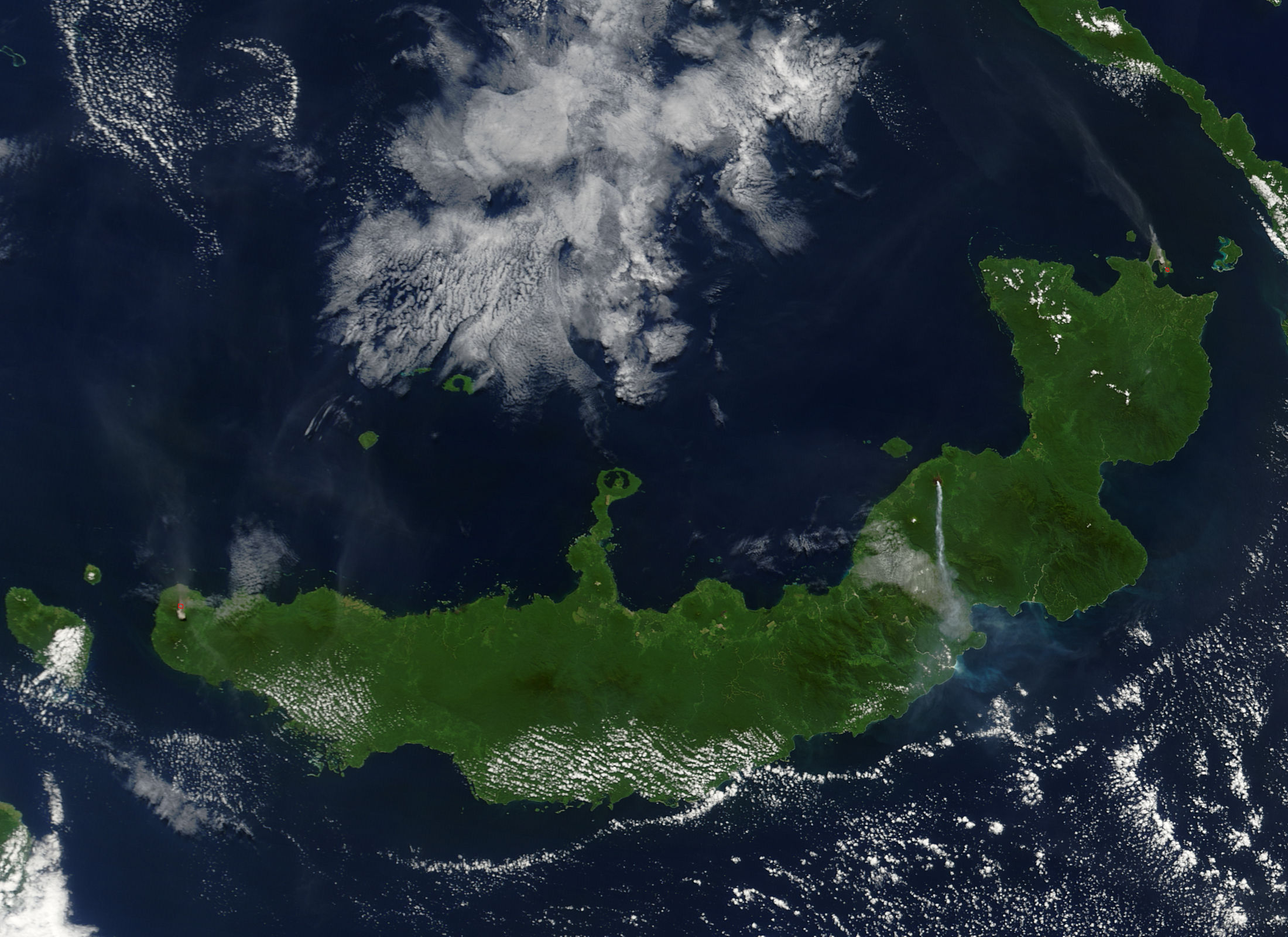 Three volcanoes are simultaneously erupting on the island of New Britain, Papua New Guinea. The first, Ulawun (located in the center-right of the island), is a stratovolcano, which is a steep, conical volcano built by thick lava flows. It is very active, erupting once every few years on average. It is part of an island arc, a string of volcanoes that forms over a “subduction zone” where two plates collide. The second, Langila (on the far left of the island), is a complex volcano, consisting of a group of four overlapping cones. It is also highly active. The third, Rabaul (on the far right side of the island), is classified as a pyroclastic shield. This means that it was created from fluid lava flows, producing a flat, dome-like shape. Volcanoes can be highly destructive; however, volcanic soils are highly rich in minerals and in some places, geothermal energy has been tapped from young volcanoes.