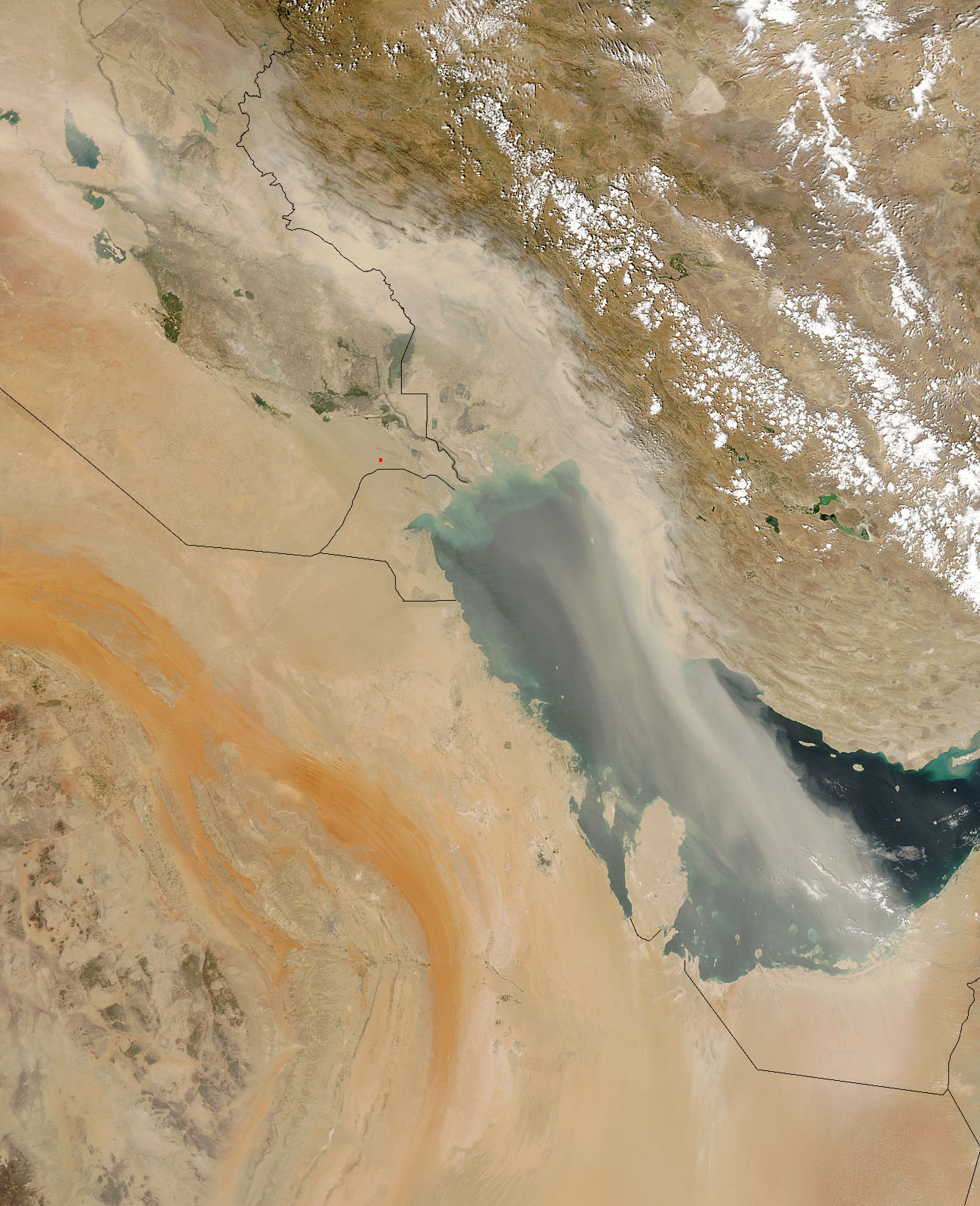 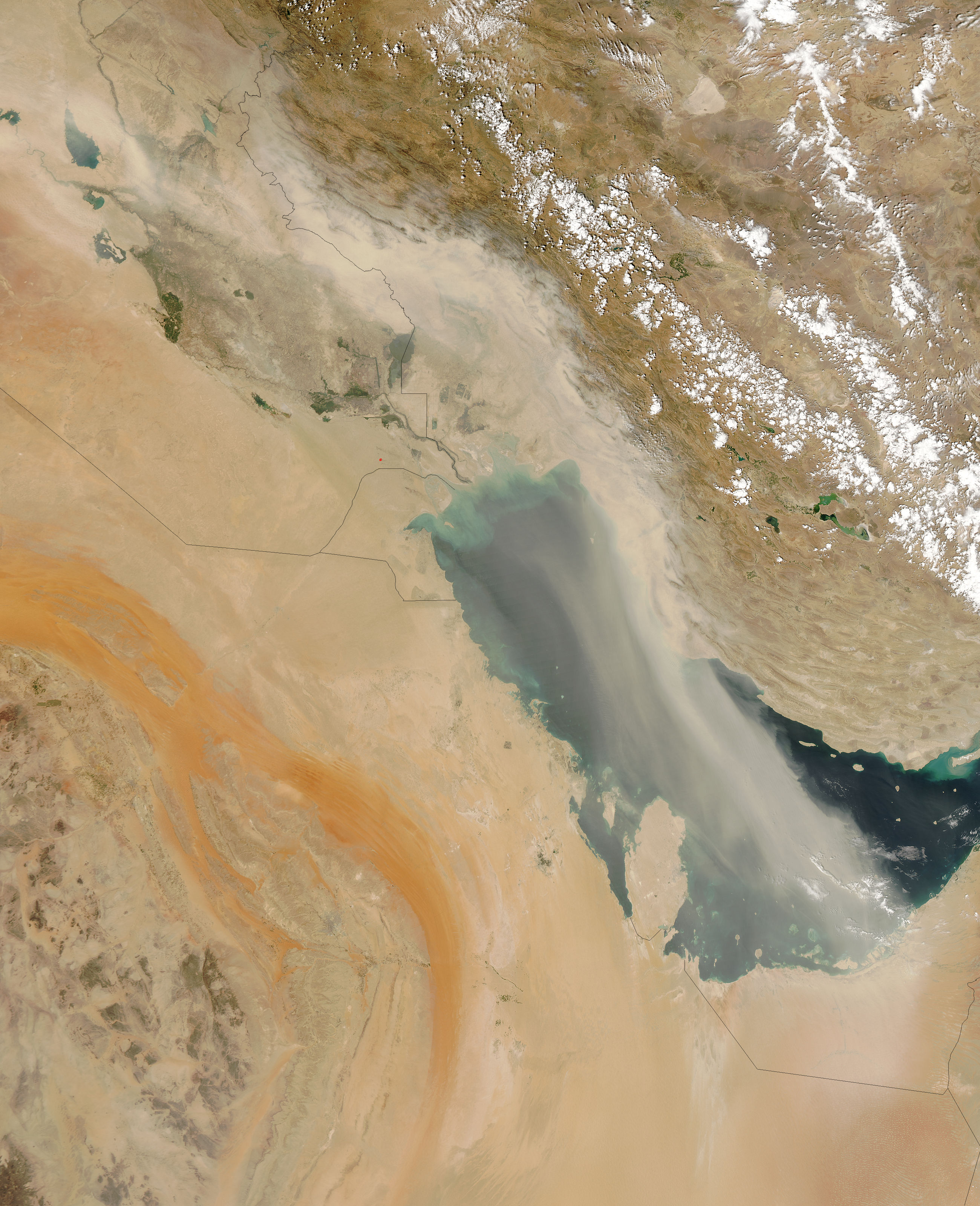 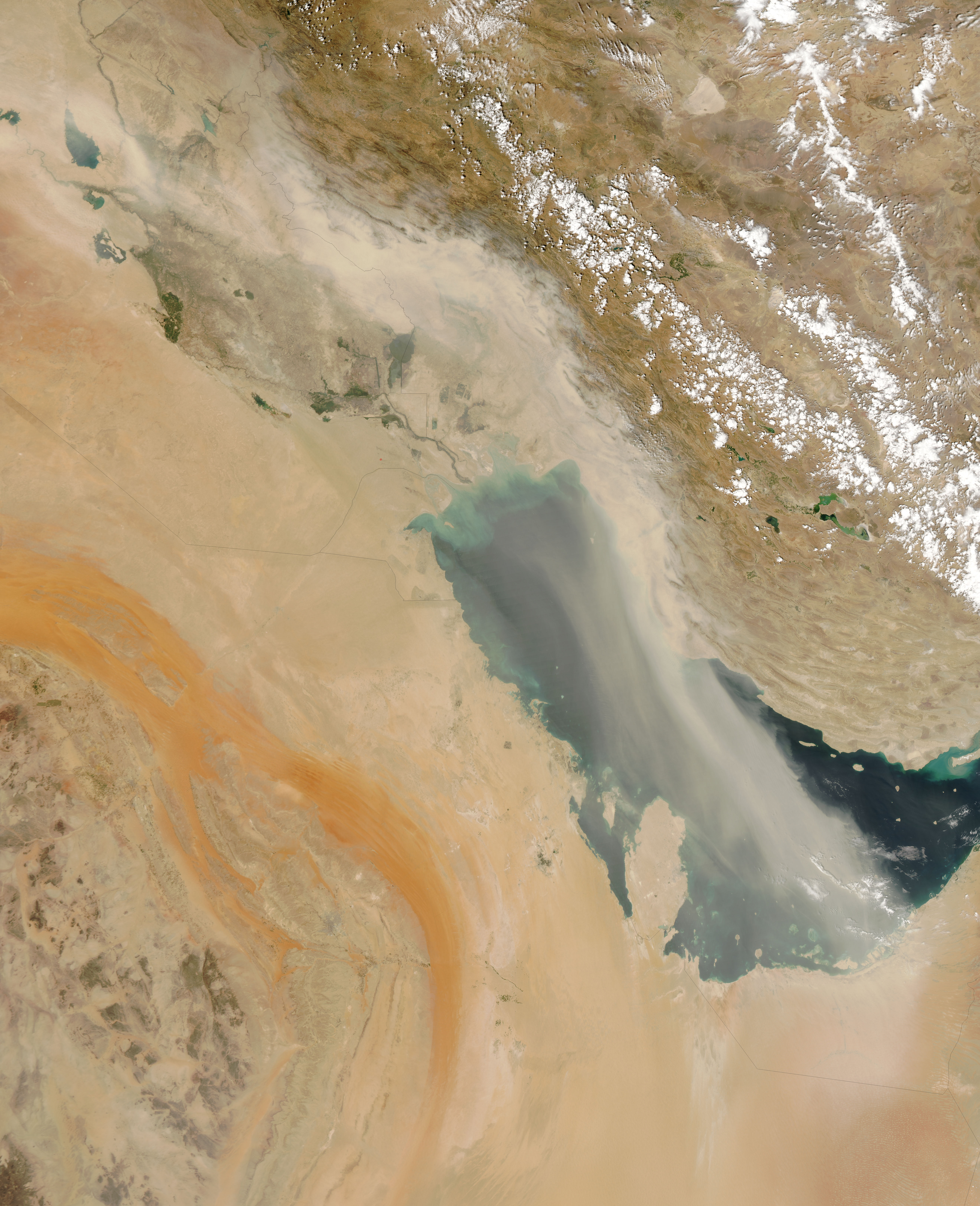 On August 8, 2005, a cloud of dust struck the city of Baghdad, Iraq. Over 1,000 cases of suffocation and other respiratory ailments were reported at local hospitals. The storm looked a like a thick, orange-brown fog that forced traffic to a standstill and residents to seek shelter; visibility was reduced to about 15 meters (49.2 feet). Dust is lifted into the air by wind currents. If the particles are small enough and the upward current is strong enough, dust can rise thousands of meters (1 meter = 3.28 feet) into the air and travel thousands of kilometers (1 kilometer = 0.62 miles). A summer dust storm in this region is called a Shamal, which comes from the Arabic word for north; typically, dust storms are carried by northerly winds.