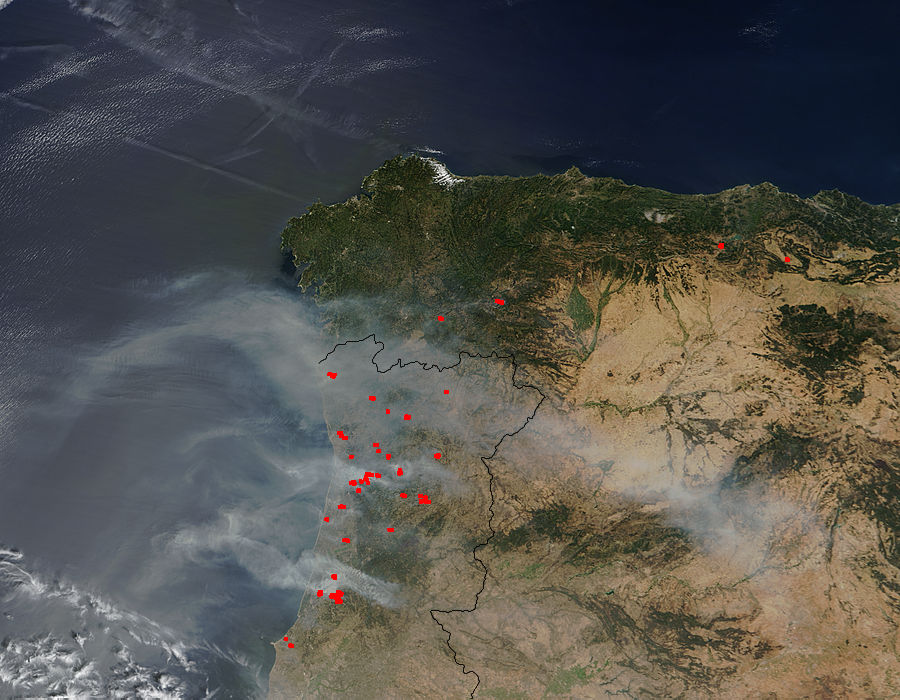 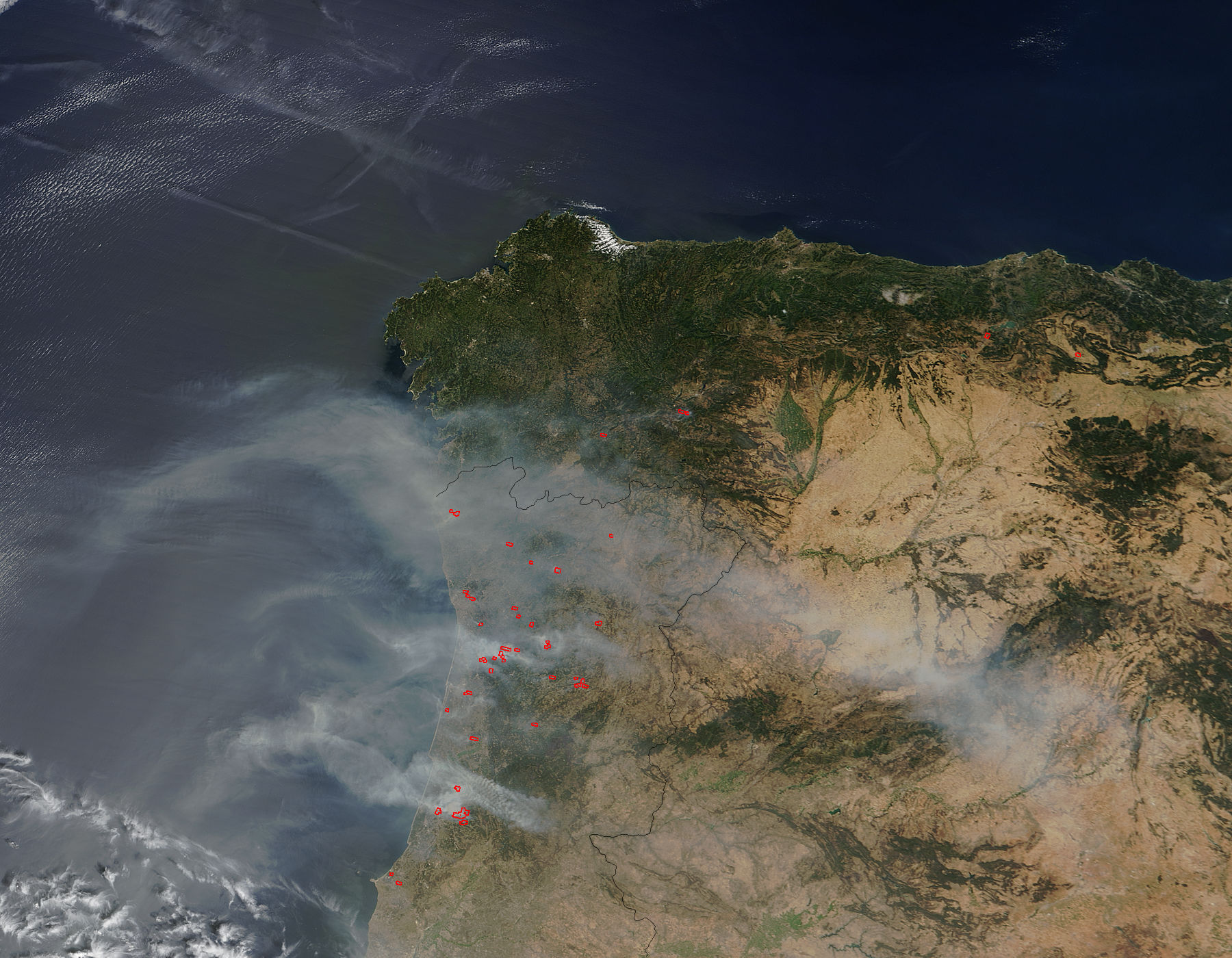 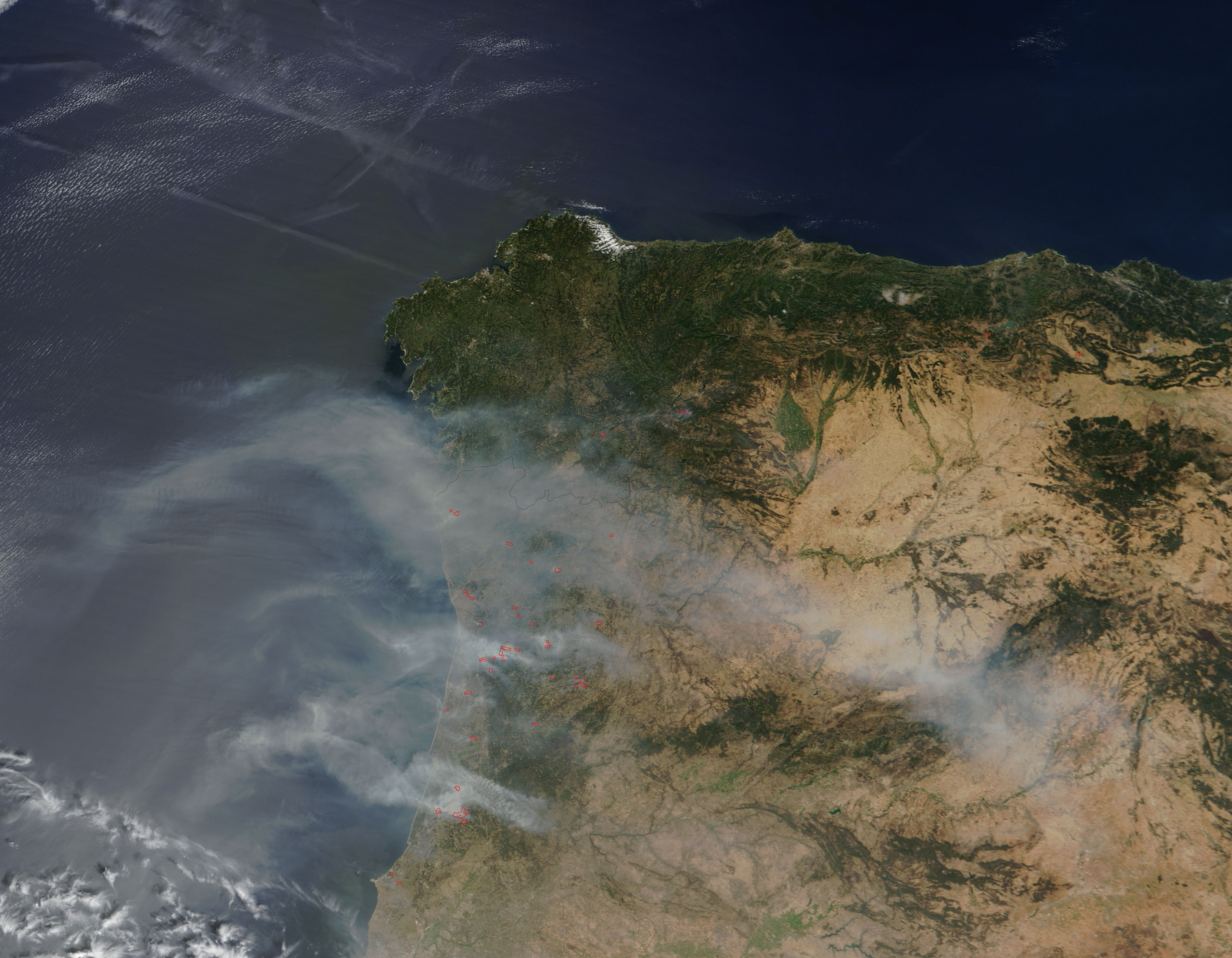 On August 4, 2005, the Terra MODIS instrument captured this image of fires blazing in Portugal around the coastal city of Porto. Portugal has been struggling with forest fires off and on throughout much of the summer as a multi-year drought continues to plague the country. High winds and extreme heat are making the job of thousands of firefighters dangerous and difficult. More images of fires throughout the summer are available on the Earth Observatory: July 25.