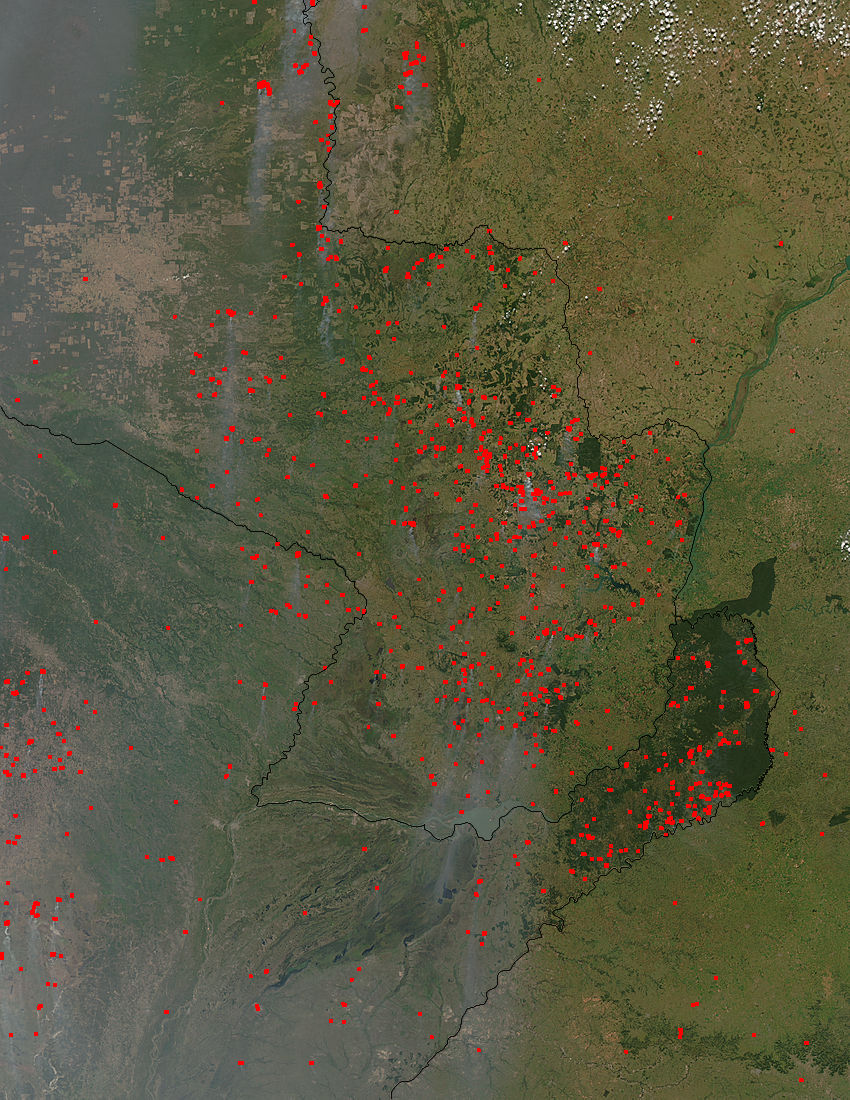 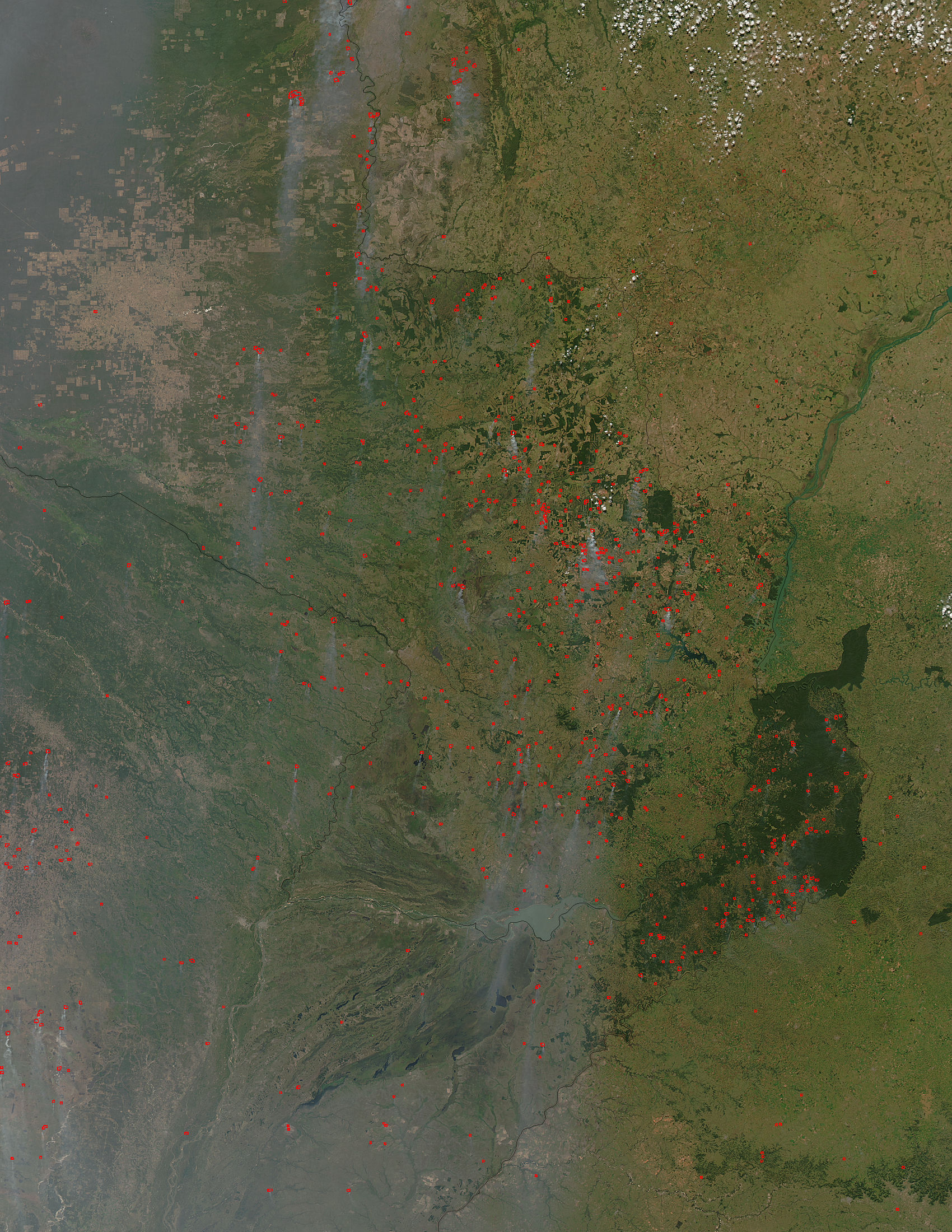 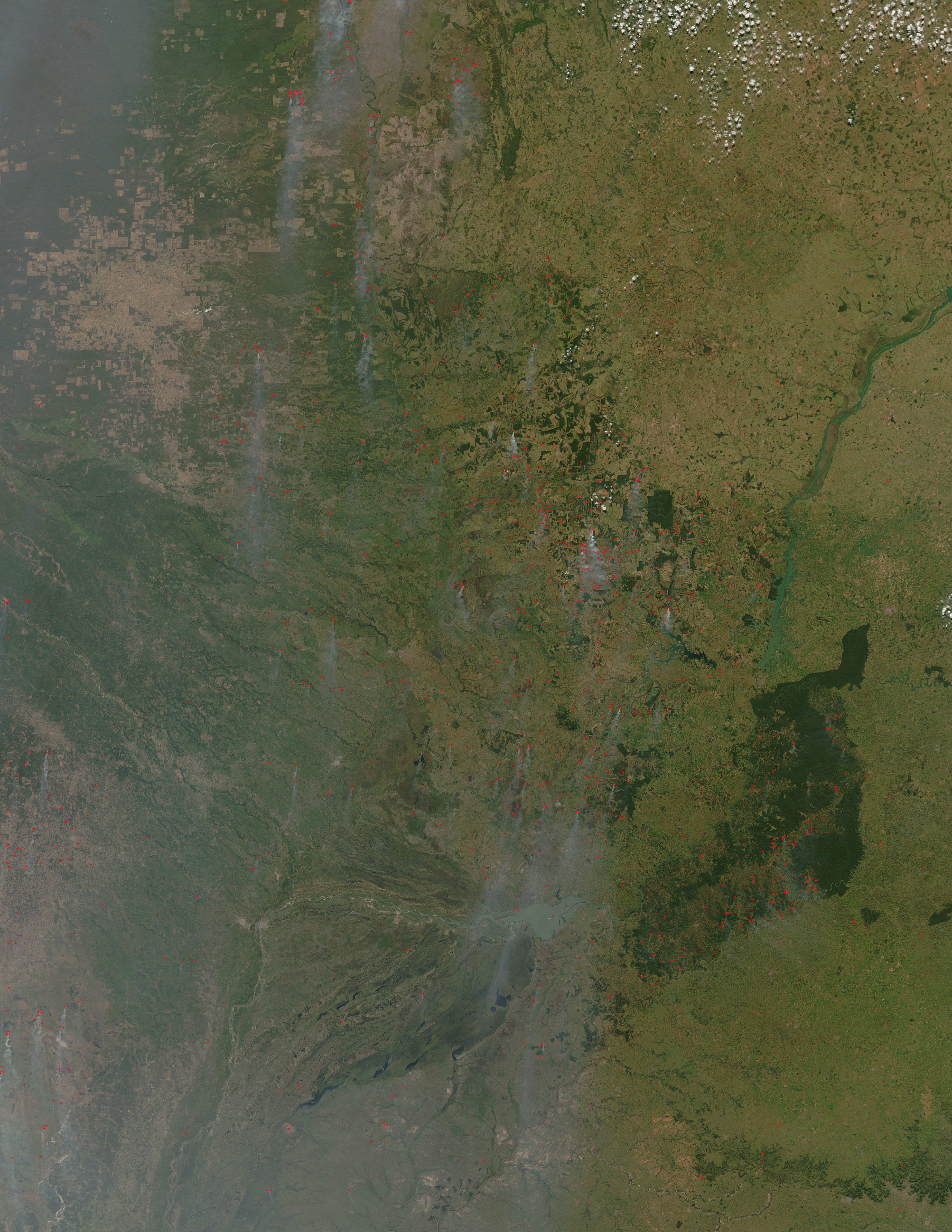 In central South America on August 2, 2005, hundreds of active fires were detected by the Aqua MODIS instrument when it flew overhead. The active fire locations are marked in red on the scene. Fires, probably agricultural fires, are scattered across Brazil, Paraguay, and Argentina, including the peninsula-like Misiones province of Argentina, where some of the last remnants of the rainforest ecosystem known as “Atlantic Forest” are found. Scientists believe the ecosystem, distinct from the Amazon, once stretched thousands of kilometers along the coast of South America and reached inland several hundred kilometers. Like the forests of eastern North America, most of the “Mata Atlantica” fell to European settlers hundreds of years ago.