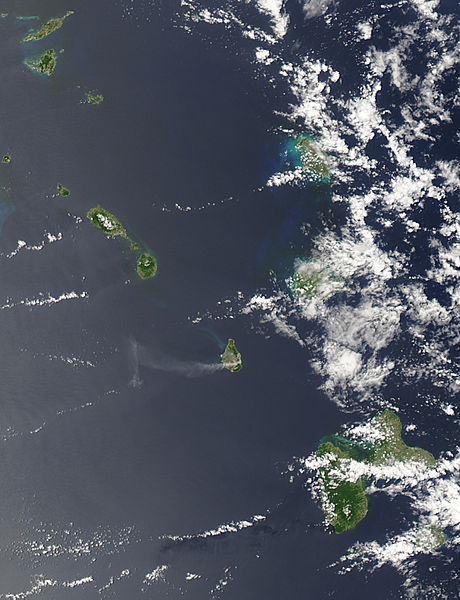 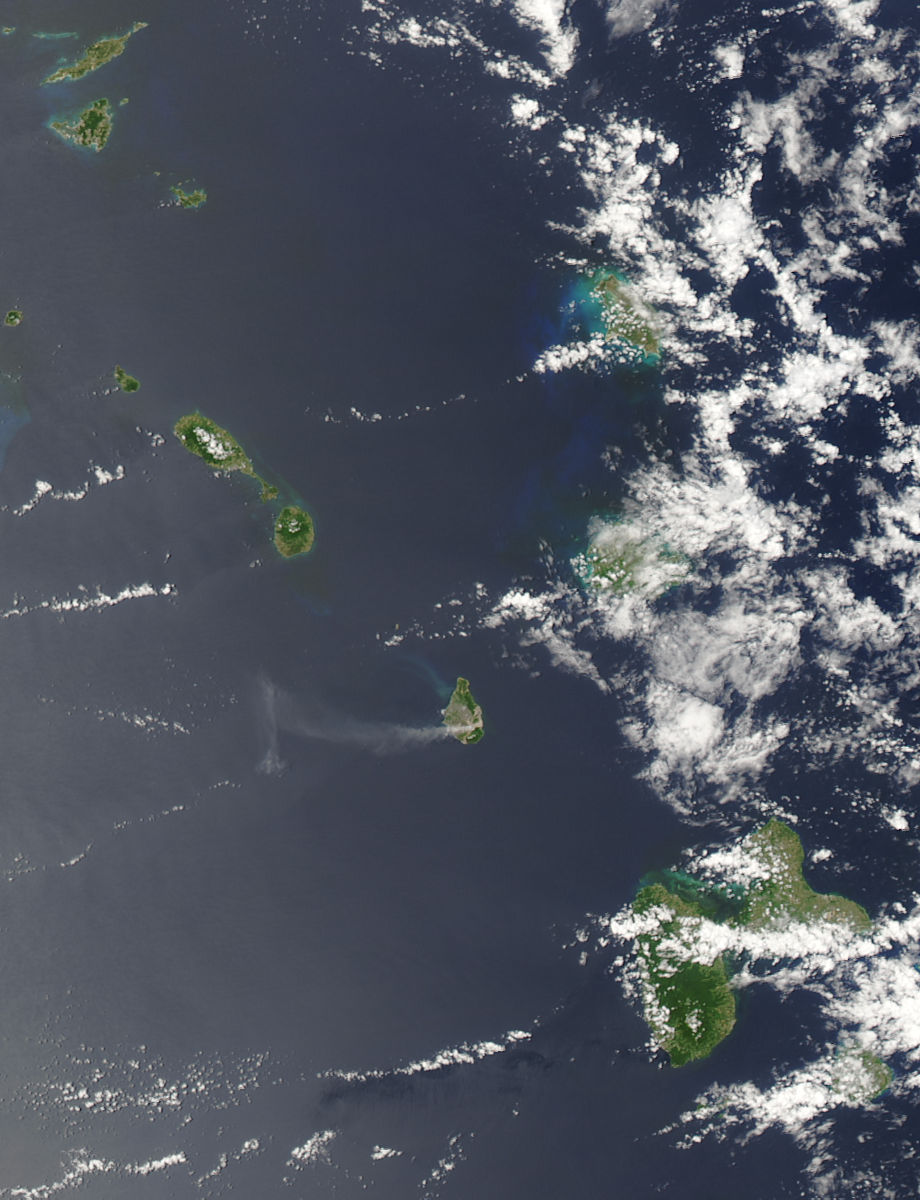 On July 28, 2005, the Aqua MODIS instrument took this picture of a delicate plume of volcanic ash drifting westward from the Soufriere Hills Volcano on Montserrat. Montserrat appears in the middle of the image. Surrounding the island are its neighbors, several of them ringed in bright blue-green. A few things can cause this color: coral reefs covered by shallow water, sediment, and phytoplankton. Toward the lower left corner of the image, the ocean appears lighter. This lighter color is caused by sunglint, the reflection of the sun´s light into the satellite sensor.