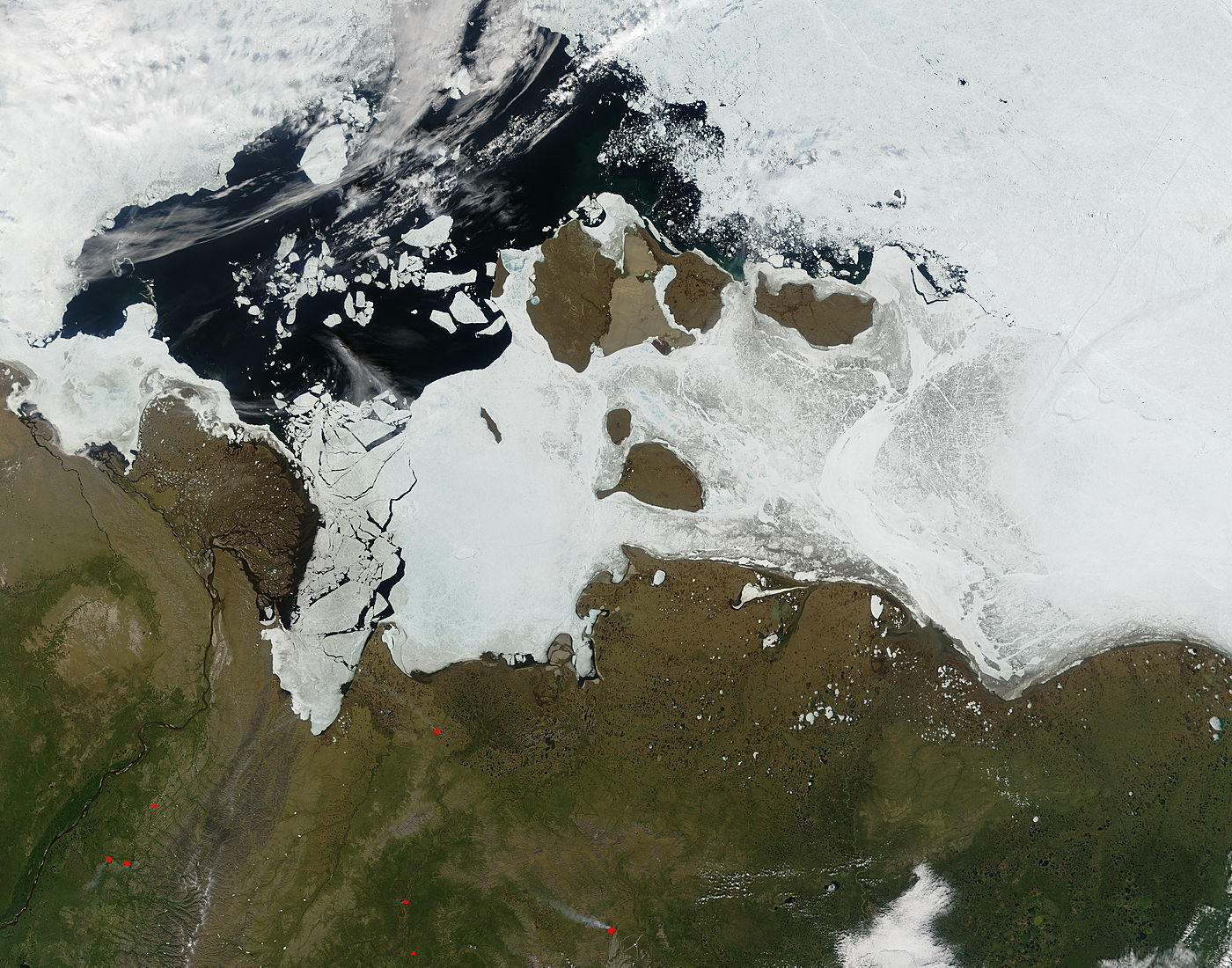 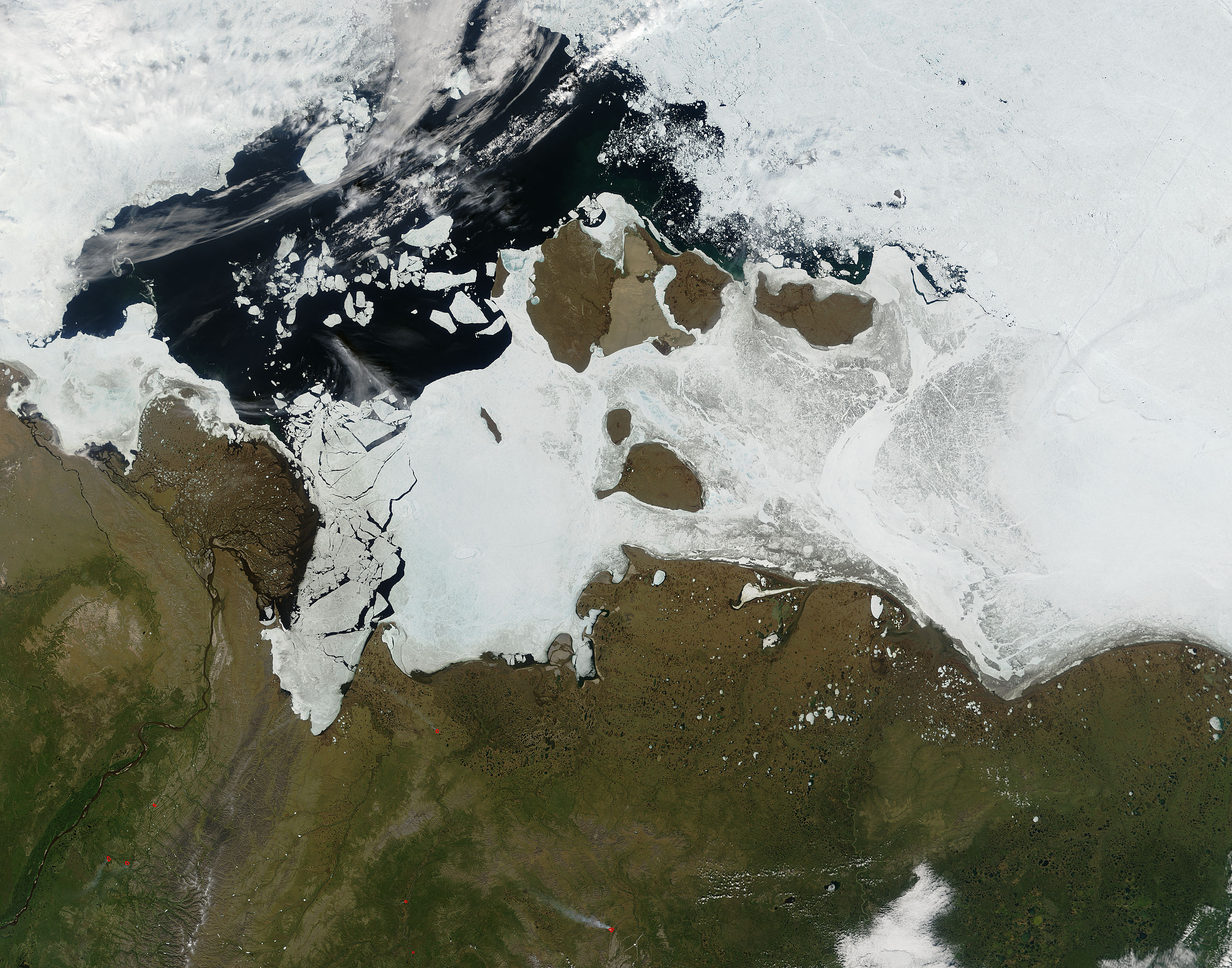 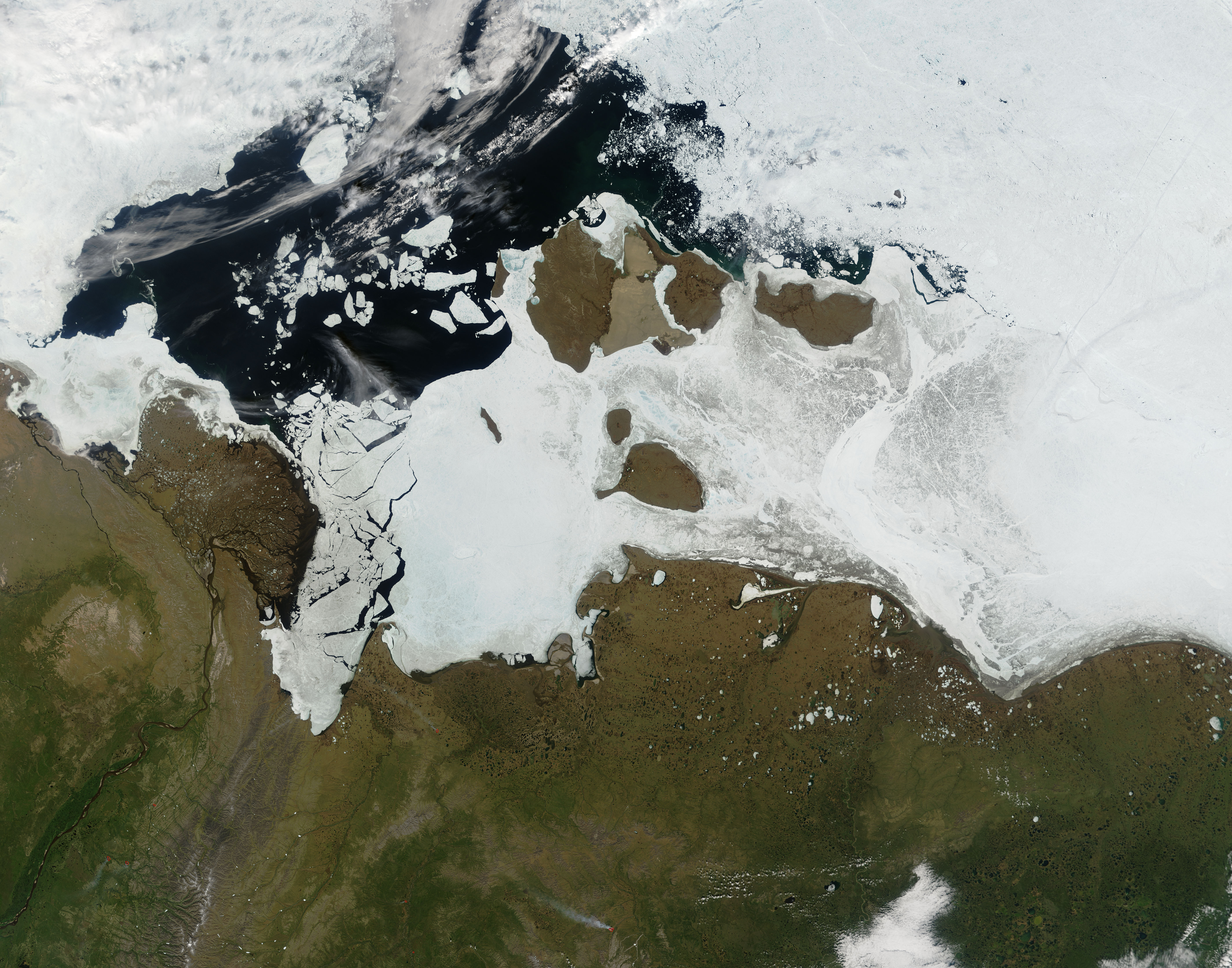 Sea ice breaks up and drifts away into the Laptev Sea in this true-color Terra MODIS image of northern Siberia from July 1, 2005. Summer temperatures are finally reaching the northernmost climates, causing thick sea ice to break up as the land blooms into the rich green of vegetation. This part of Siberia is sparsely populated - most of Russia's Siberian population lives in cities farther south and west - yet rich in natural beauty and mineral wealth. The bright red dots in the image are locations where MODIS detected active fire signatures, and indeed some of them are producing smoke plumes that stream away to the northwest. In this image, Lena River flows north along the left side of the image, while the Verkhoyanskiy and Cherskogo mountains cradle smaller Yana River.