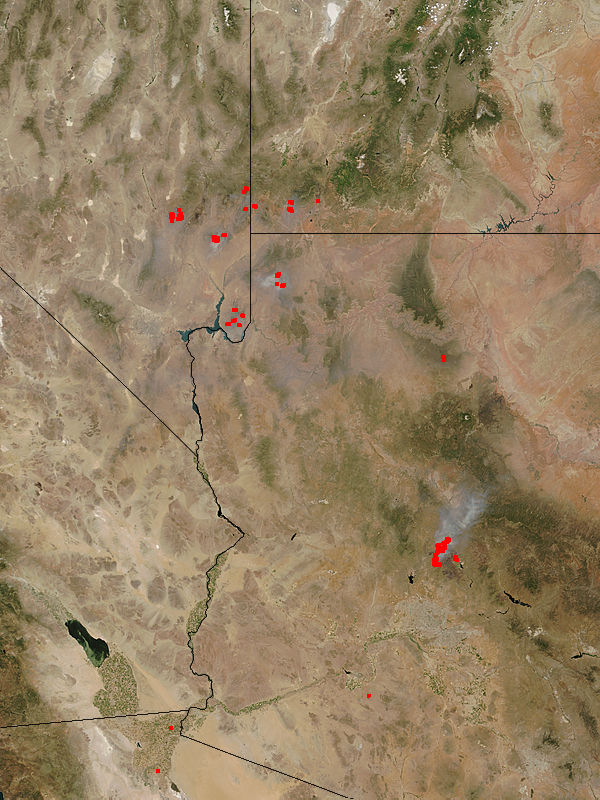 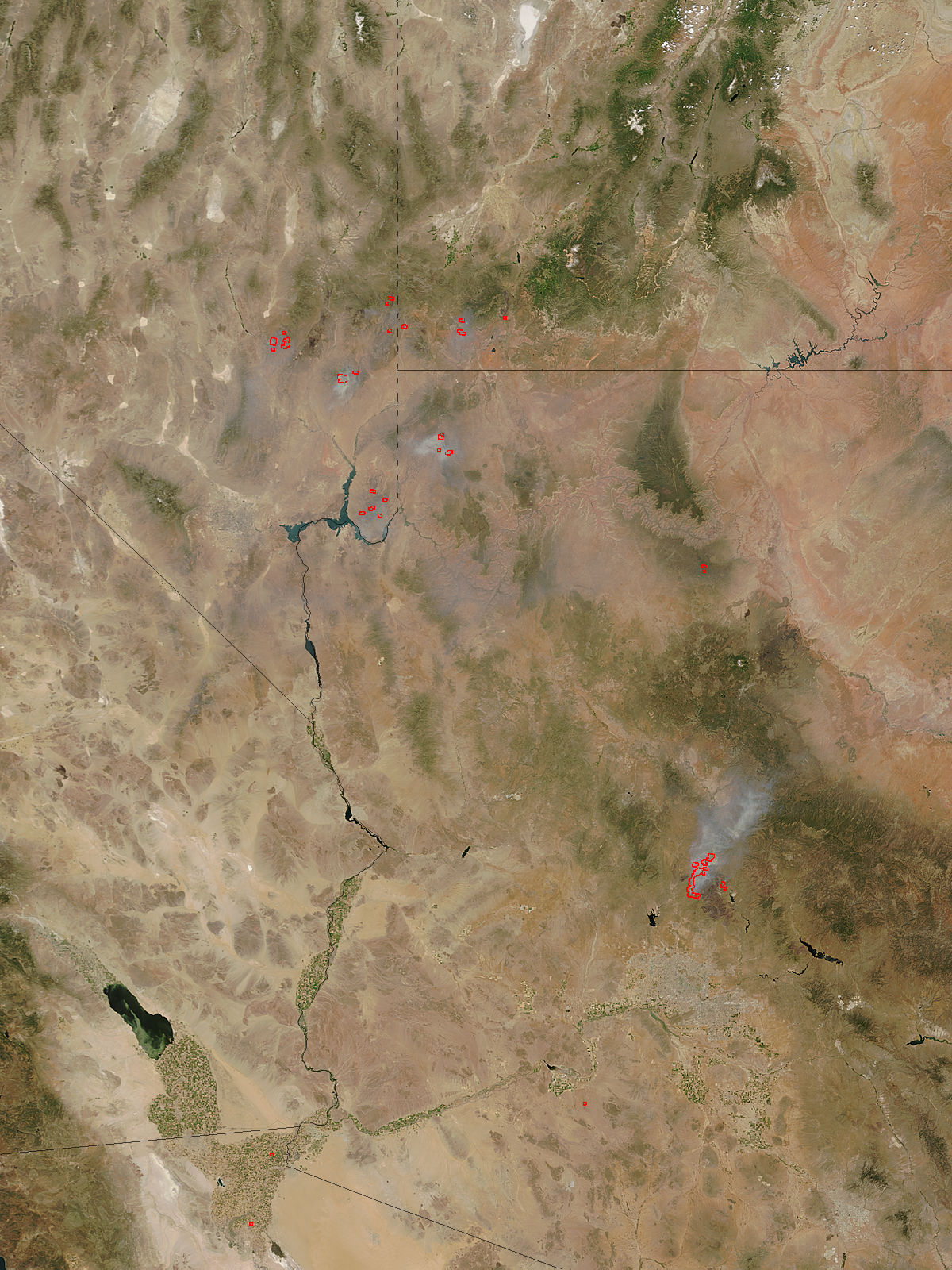 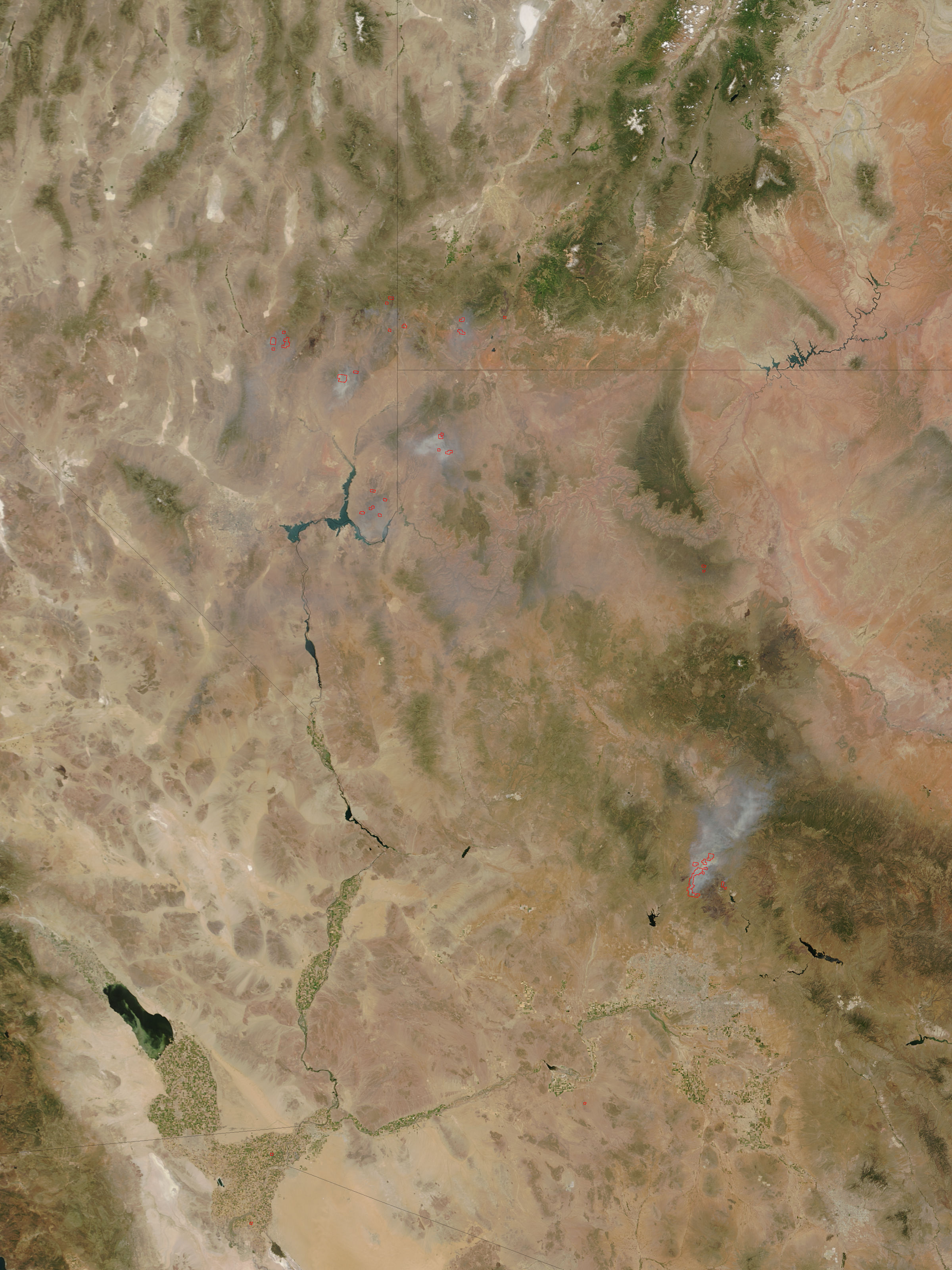 Fires and burn scars in the SW United States

Every year the fire season descends on the southwestern United States, leaving in its wake a number of scars from the fires it spawns. In this set of Terra MODIS images, a dozen fires are actively burning in the states of Nevada, Utah, and Arizona. The large fire north of Phoenix is the Cave Creek Complex, which is estimated to cover over 140,000 acres. Once the fire is put out, a burn scar will be left behind that will last for a couple of growing seasons. Small burn scars are scattered around Phoenix, and are visible as dark brick-red marks in the underlying false-color image. Similar burn scars are also visible in southern California, Nevada, and Utah. In the false-color image (created with bands 7, 2, and 1), tan represents bare earth, green represents plants, black represents fire, and bright red remains a fire signal. The false-color image is also available in the standard resolutions: Rapid Response website.