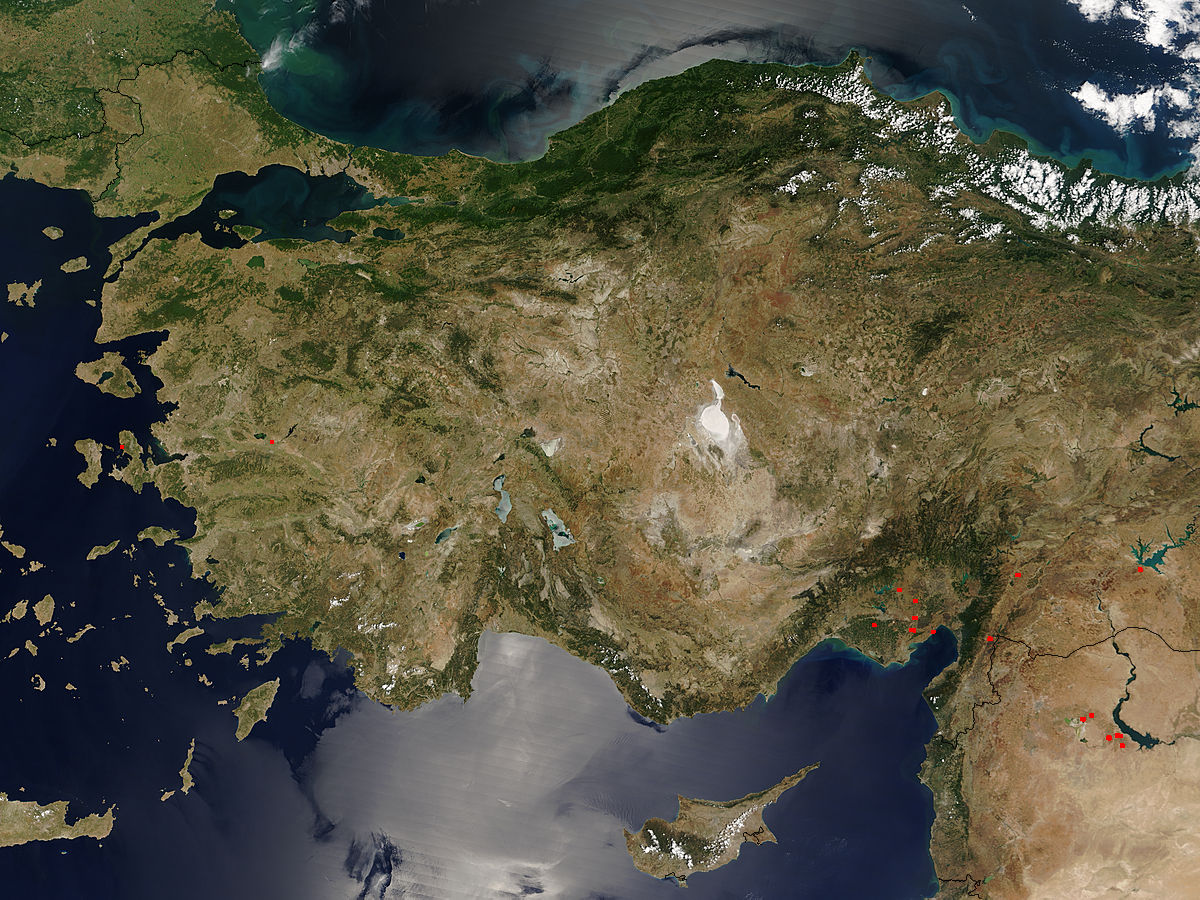 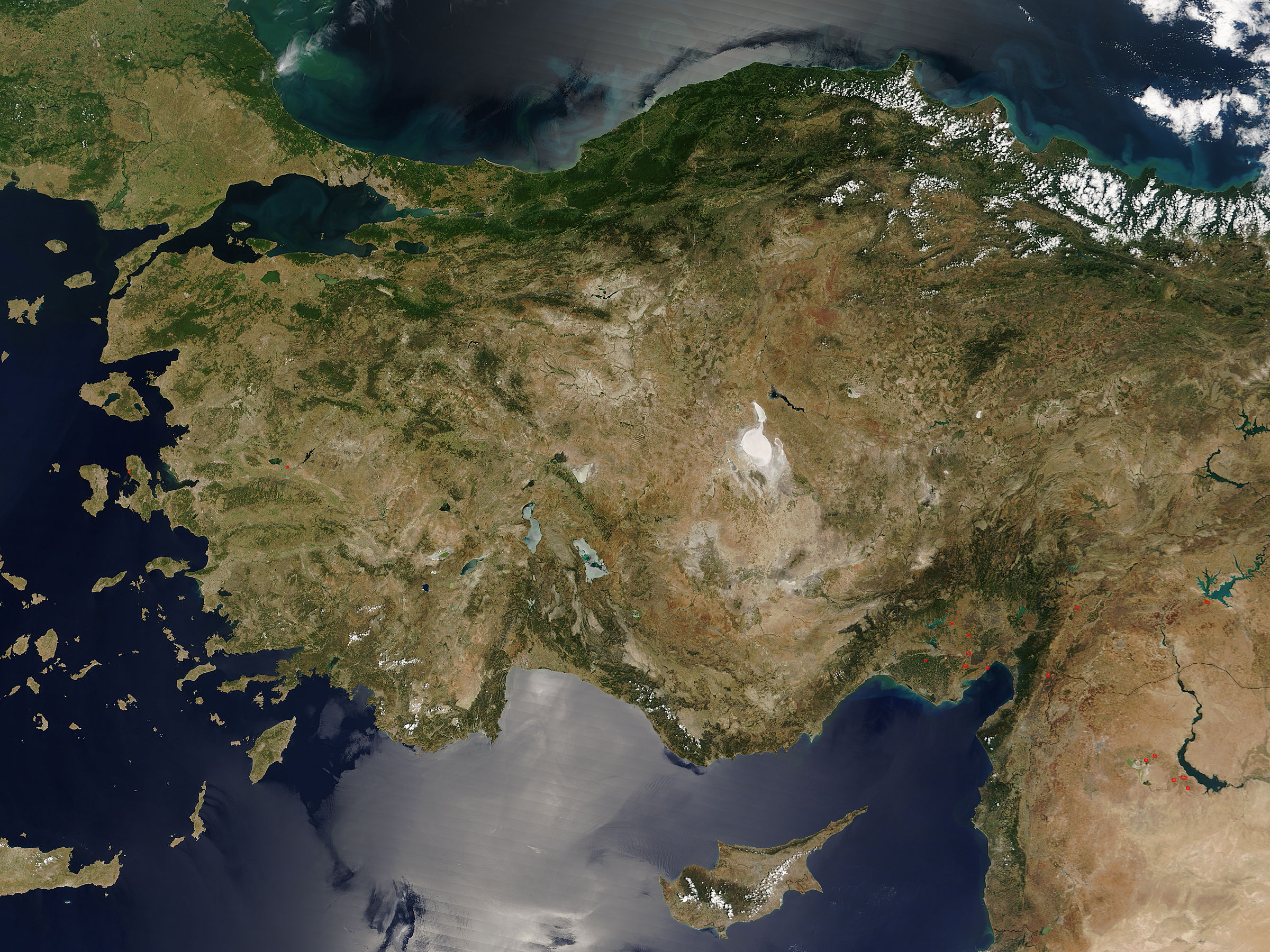 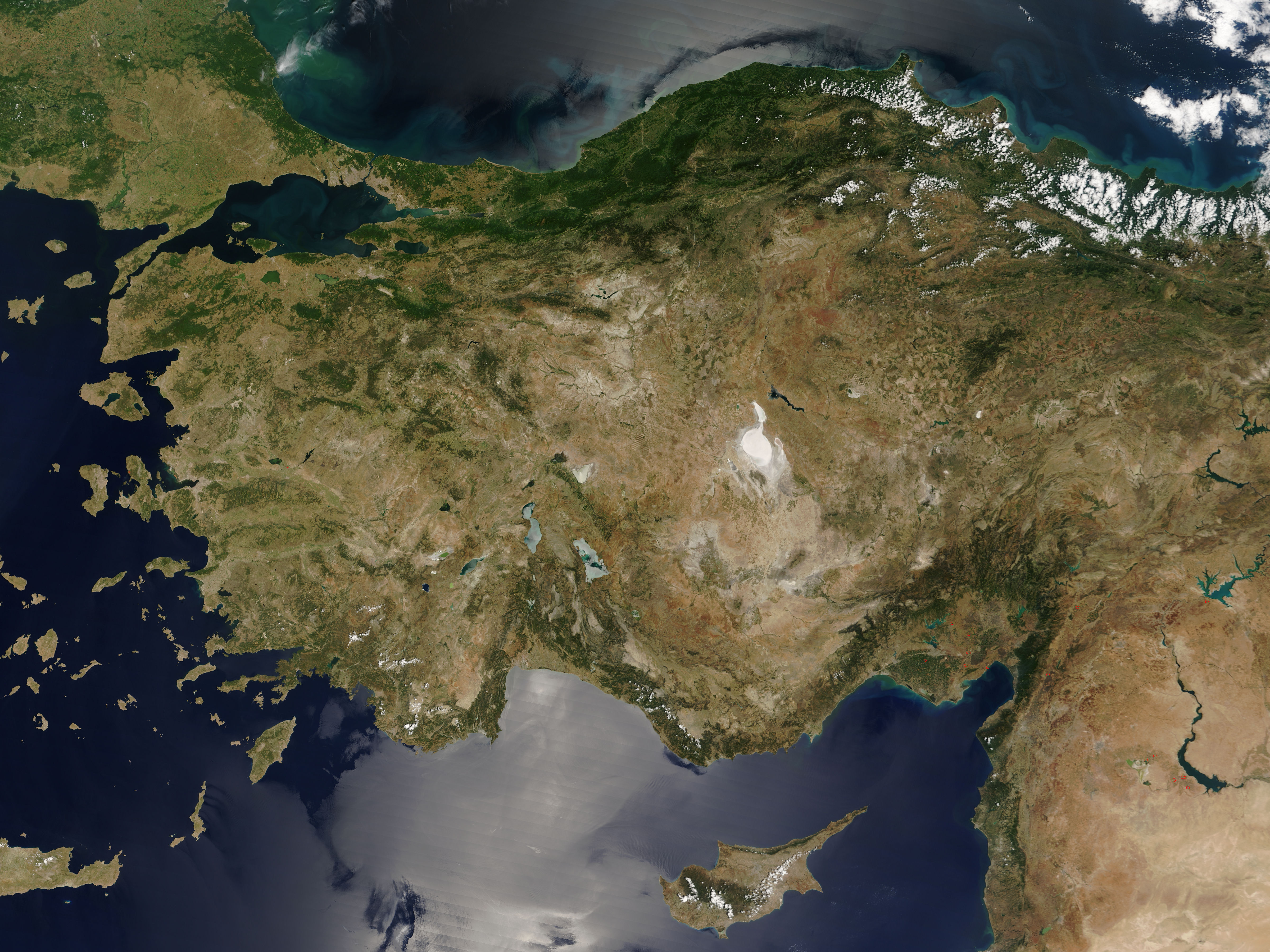 The bulk of Turkey separates the Black Sea to the north from the Aegean and Mediterranean seas to the west and southwest, and southeastern Europe from southwestern Asia. This portion of Turkey is called the Anatolian Peninsula, and has been the birthplace of a number of civilizations, most notably Troy and the Ottomans. One of the last great emperors of Rome, Constantine the Great, made Constantinople the center of the Roman Empire. Today, Constantinople is known as Istanbul, and straddles the narrow Bosporus Strait at upper image left. The Bosporus connects the Sea of Marmara (literally, Sea of Marble) to the Black Sea. The small red dots throughout the image mark locations where the MODIS instrument detected actively burning fires; these are mostly located in southern Turkey and northwestern Syria.