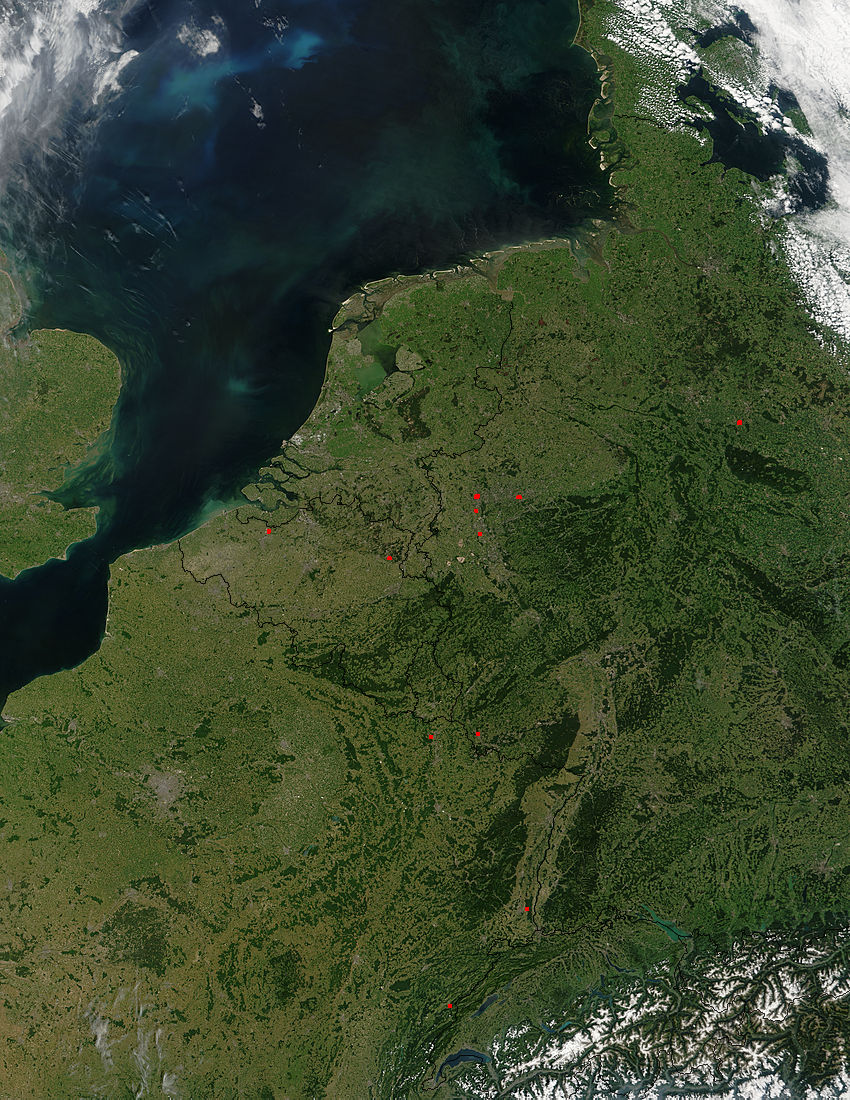 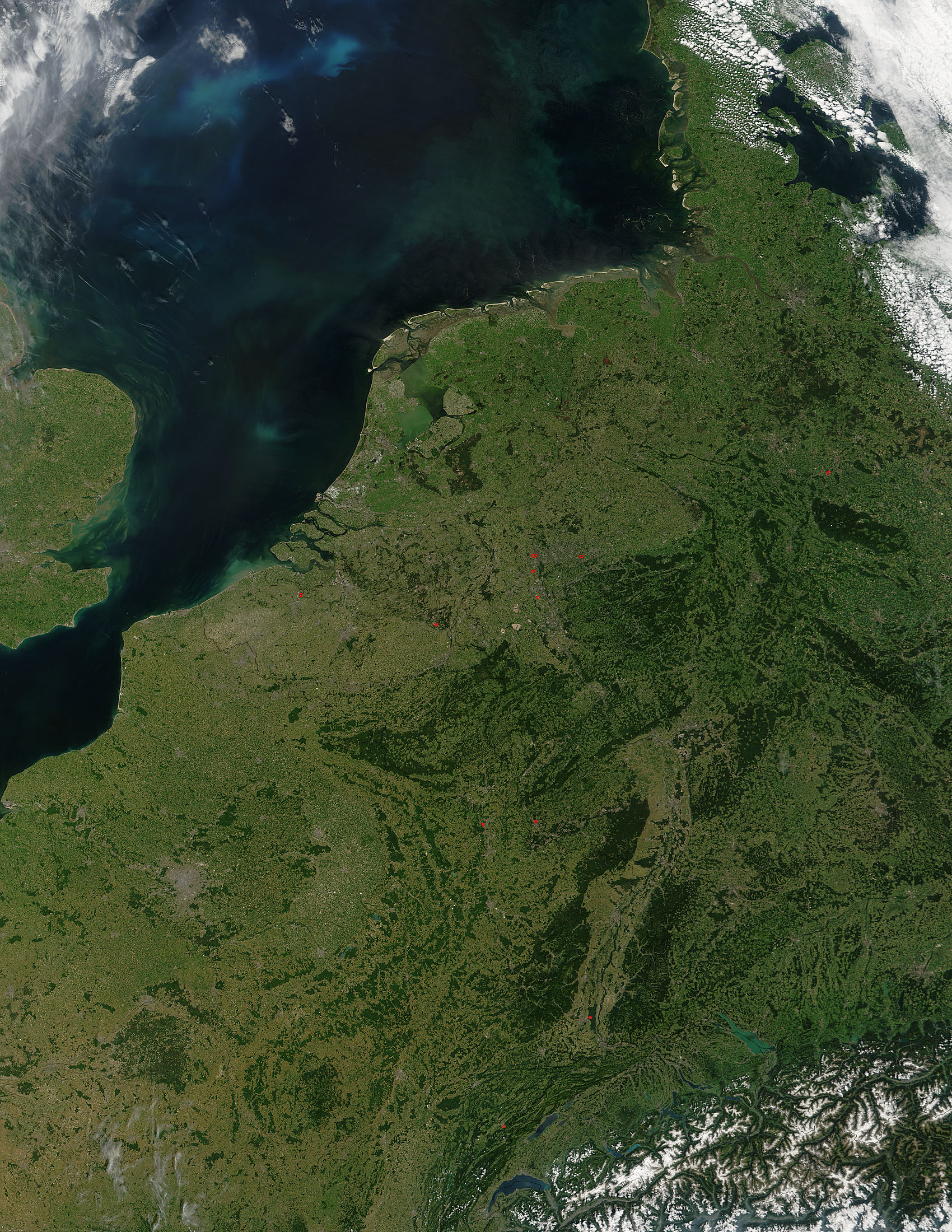 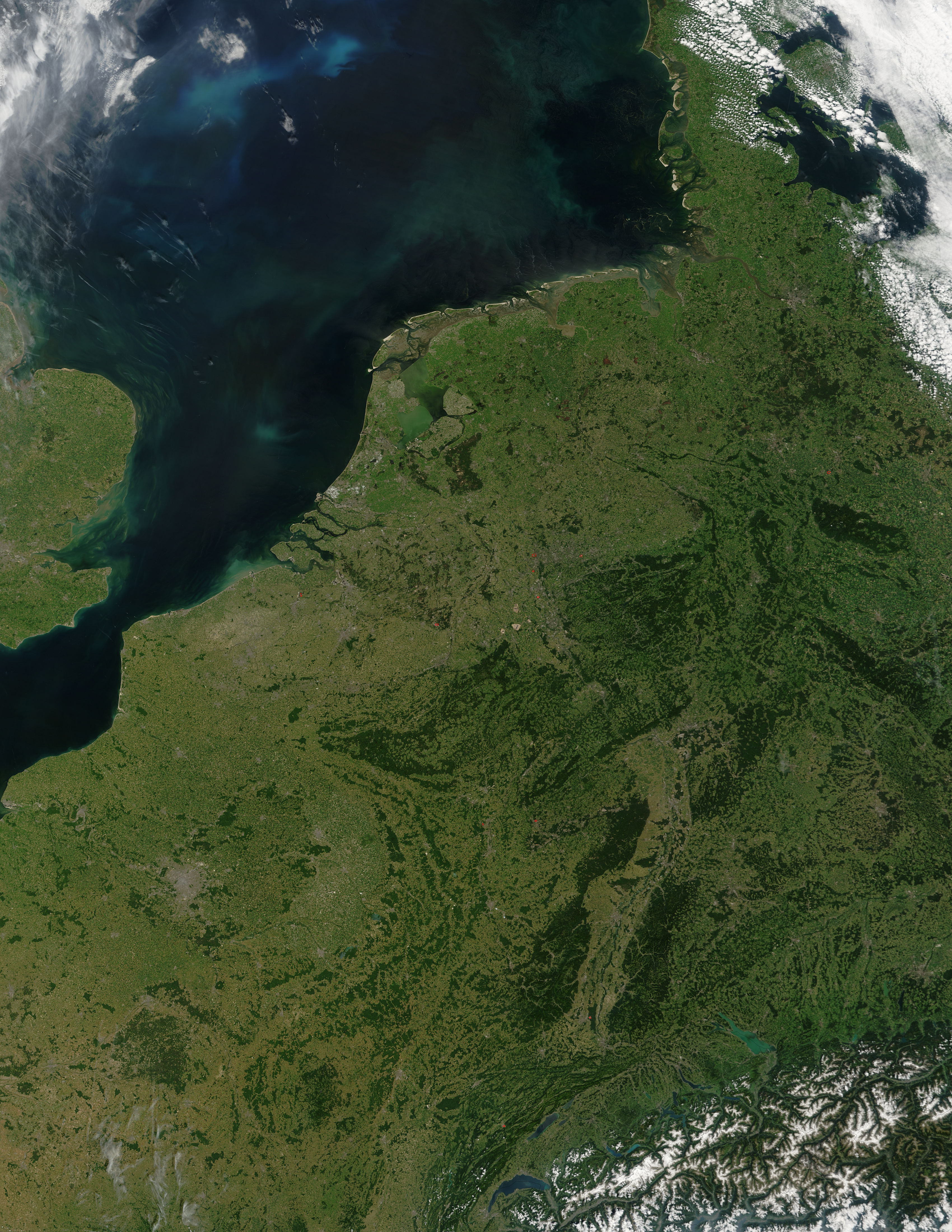 Not necessarily corresponding directly to nation-states, but rather to a region in northern Europe where cities developed around trade after the Dark Ages rather than developed from ancient centers, the Low Countries surround the delta of the Rhine, Scheldt, and Meuse rivers on the boundary of the English Channel and North Sea. This true-color Terra MODIS image from June 19, 2005, shows the Low Countries of Belgium, Luxembourg, and The Netherlands. Spring is in full swing across Europe, and the vegetation is a rich deep green as summer approaches. More information about the Low Countries can be found here.