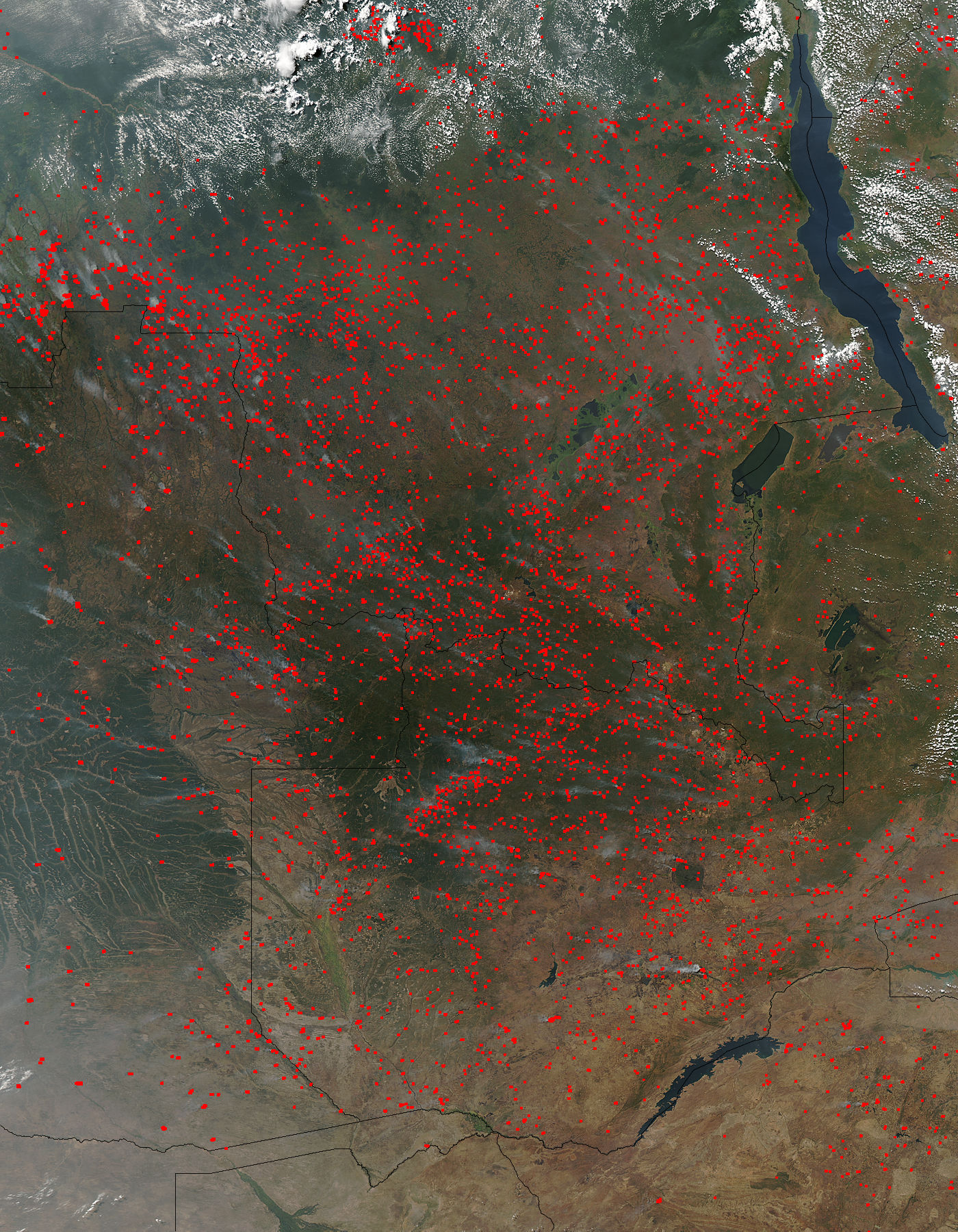 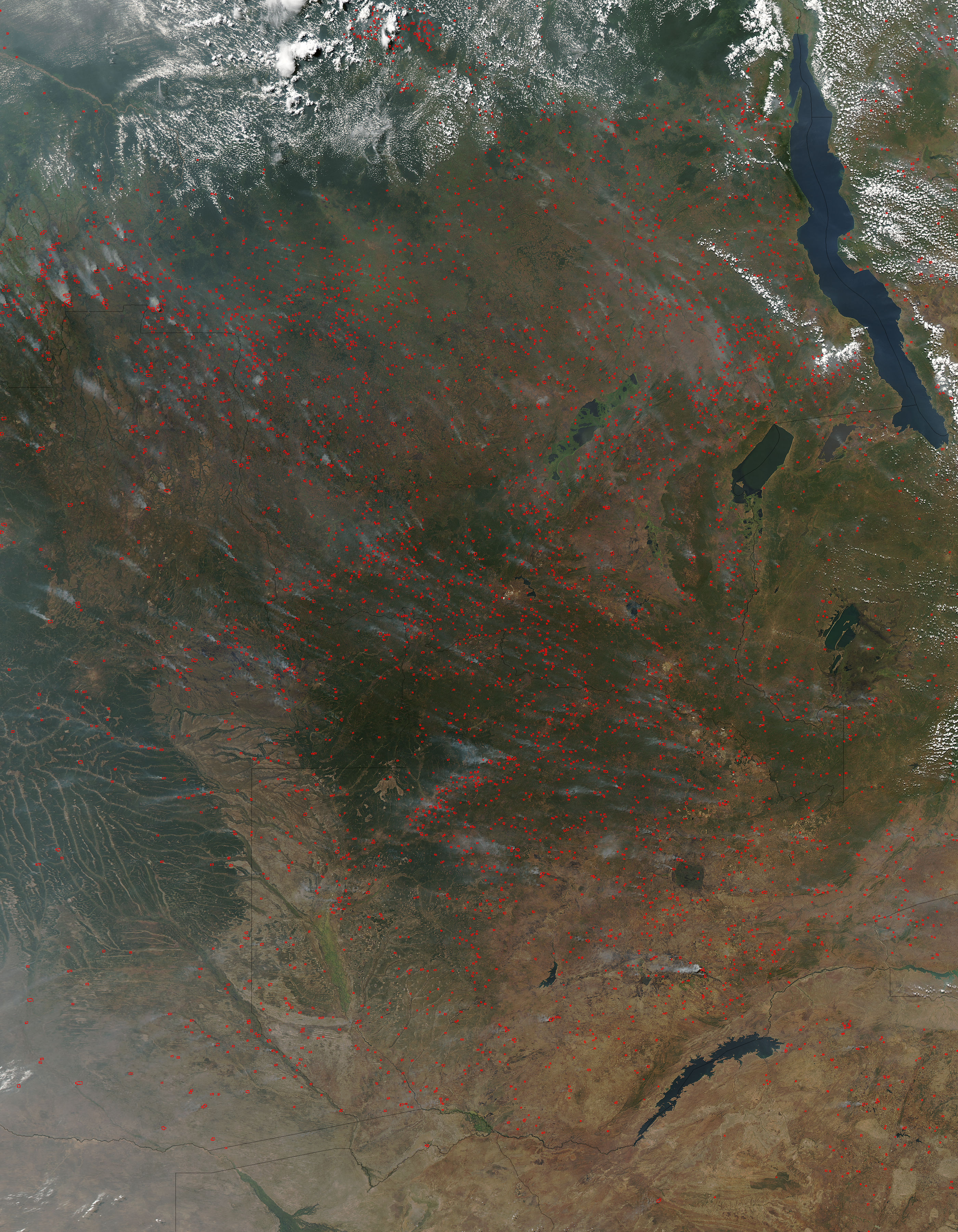 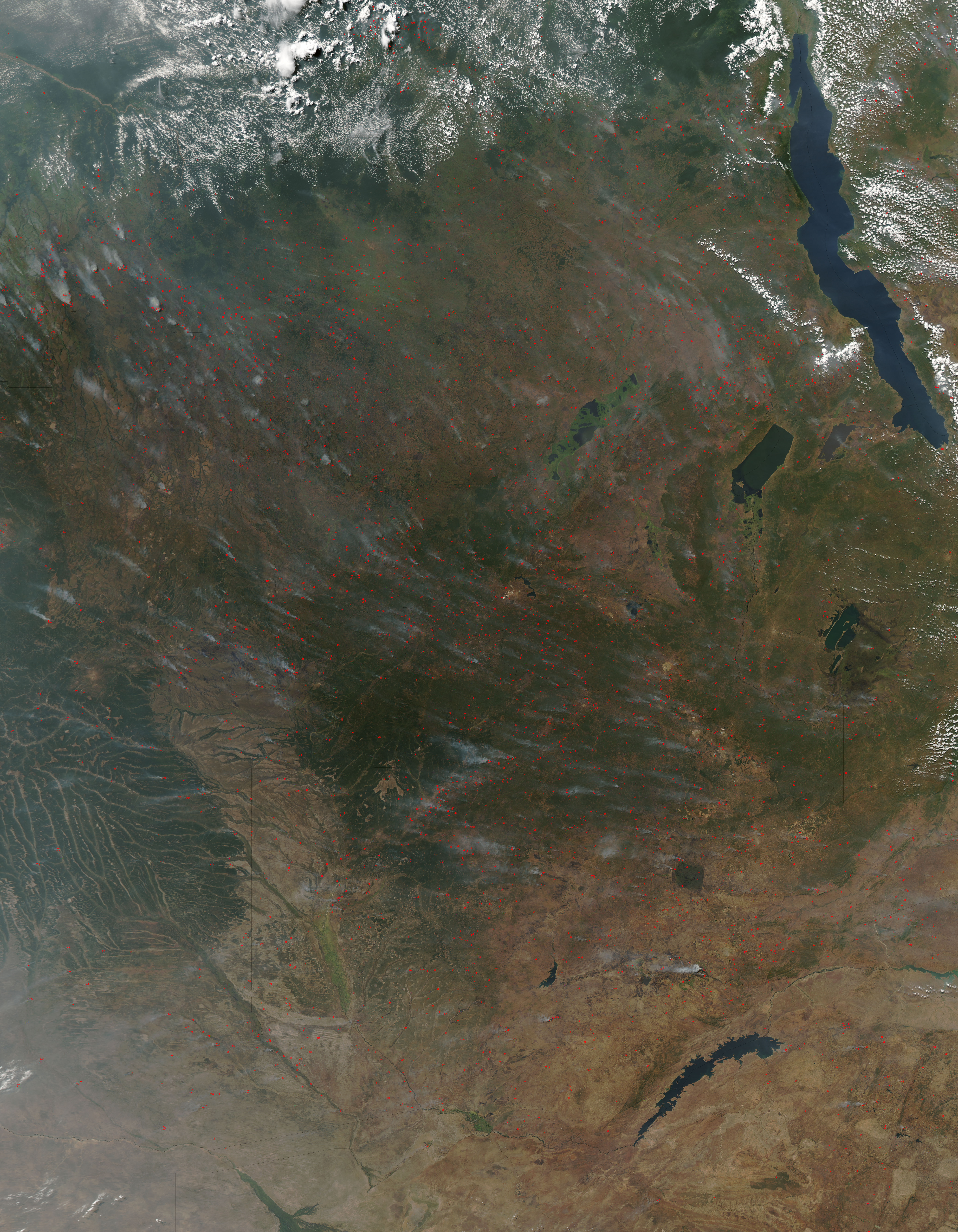 Thousands of fires in Central Africa cover the land like a swarm of insects. They send tiny plumes of grey-blue smoke into the atmosphere creating a collective haze over the region that can have a strong impact on the weather, climate, human health, and natural resources. The fires are likely intentionally-set agricultural fires (used for pasture renewal and clearing, for example), though if not properly controlled they can quickly cause a lot of harm.