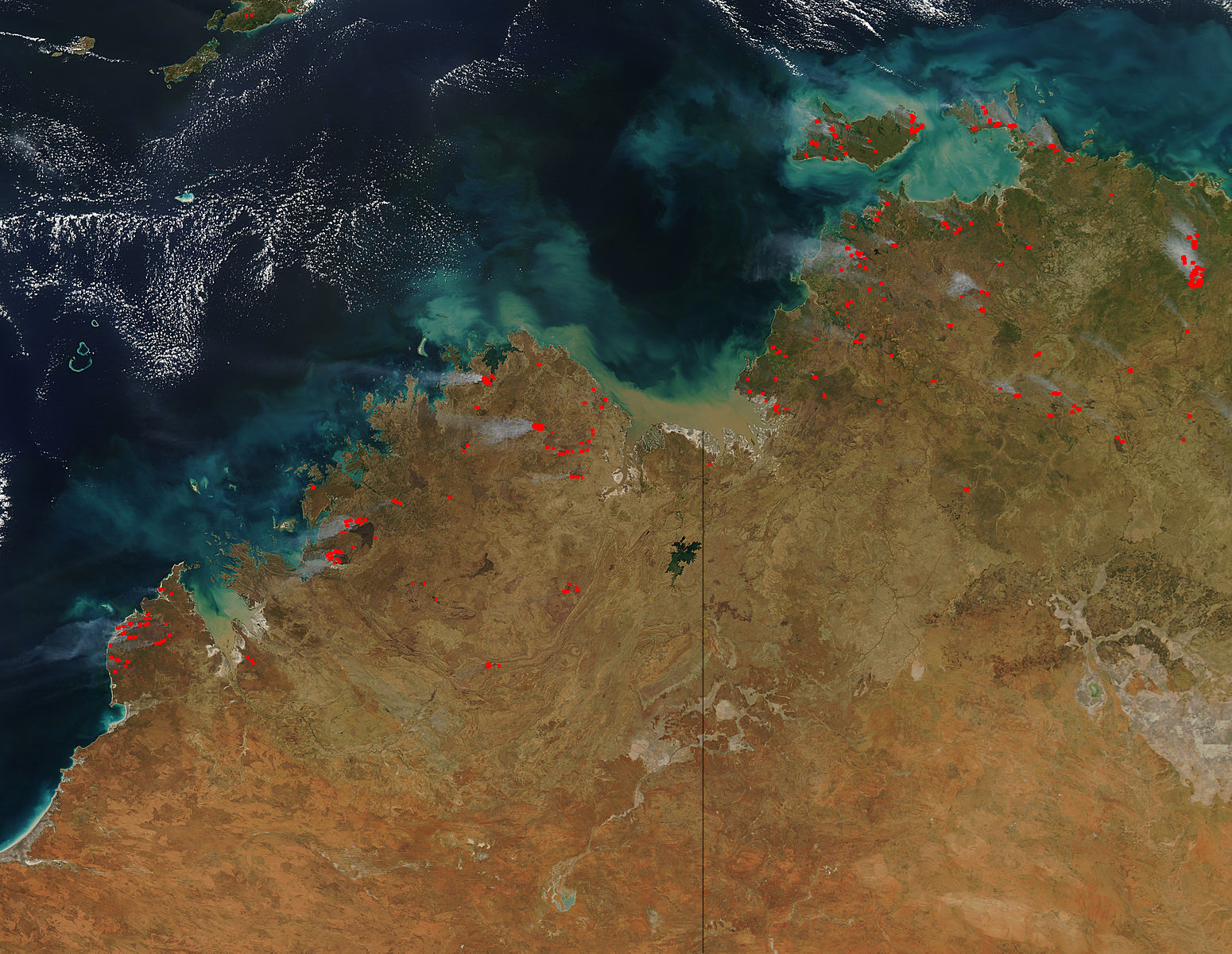 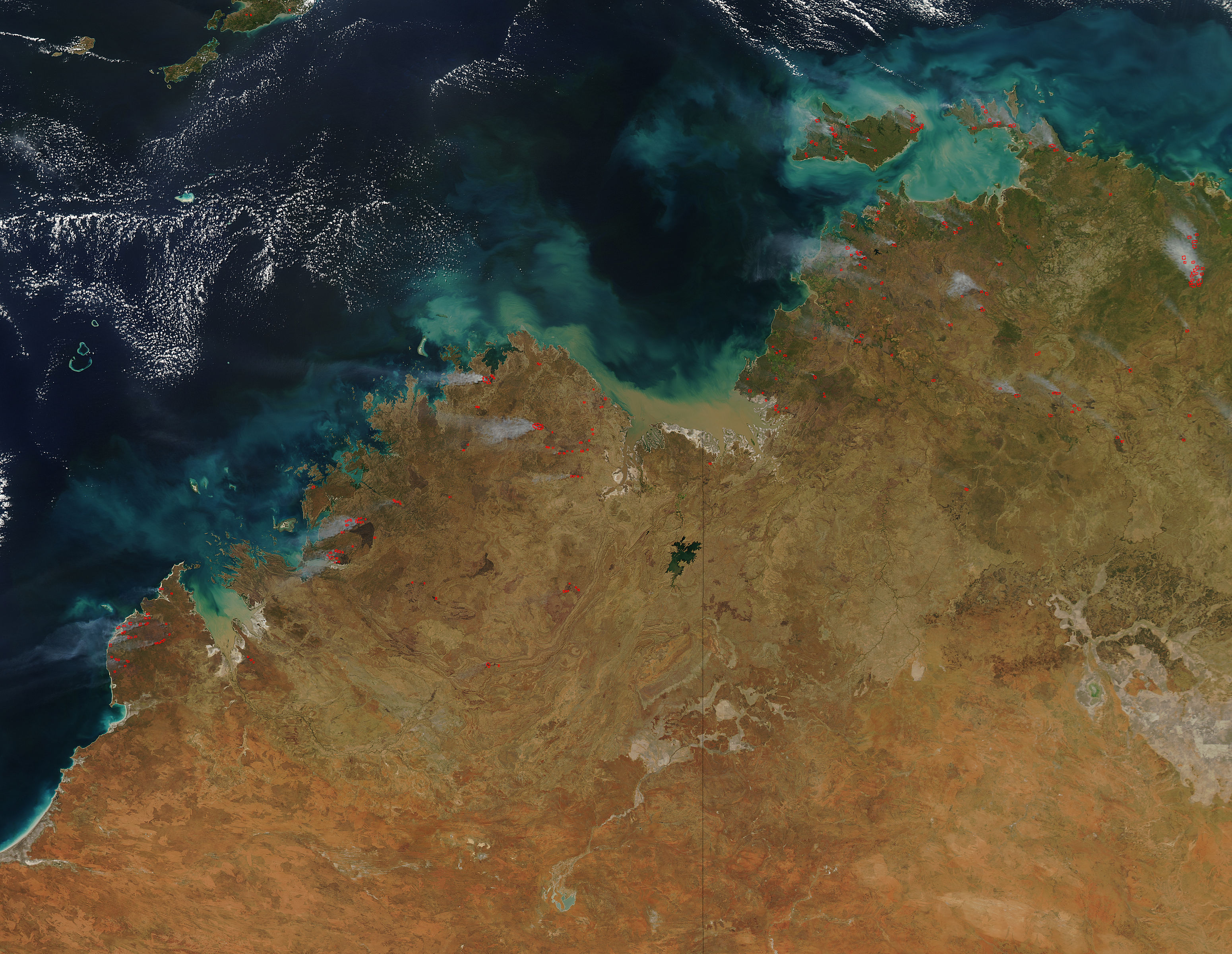 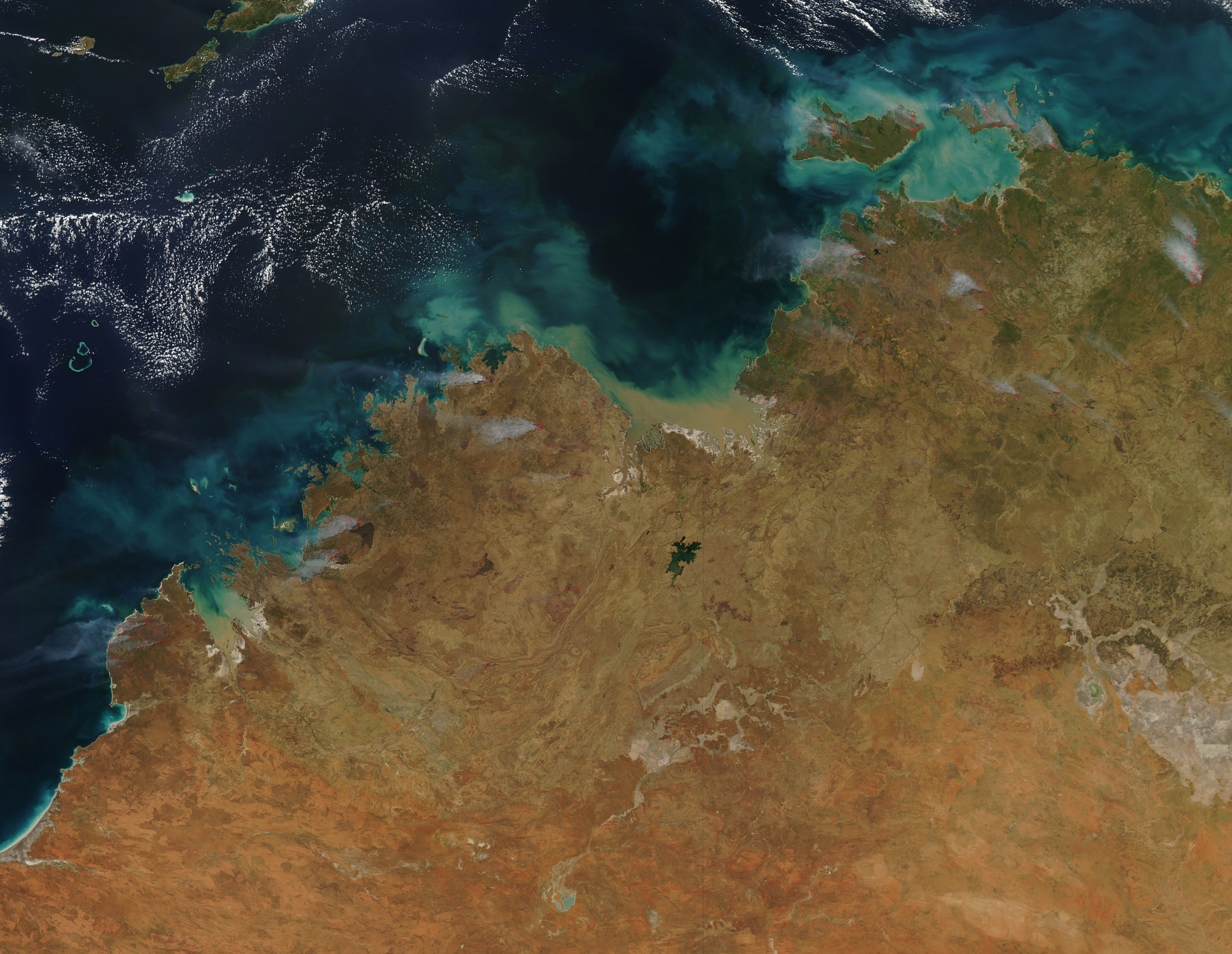 Amidst one of the worst droughts in Australian history, fires are being set across the continent to prepare for the winter growing season. In this true-color Aqua MODIS image from May 31, 2005, the fires send plumes of blue-grey smoke into the atmosphere. The fires are especially intense along the coast north of the King Leopold Range in Western Australia, and in Arnhem Land in the Northern Territory. Melville Island, across the Clarence Strait from the city of Darwin, is also besieged.

While rainfall across Australia has increased substantially in June, the total rainfall hasn't been enough to replace water lost from reservoirs to evaporation. While the drought continues, the agricultural output of Australia is severely repressed. This Earth Observatory gives more information about the drought.