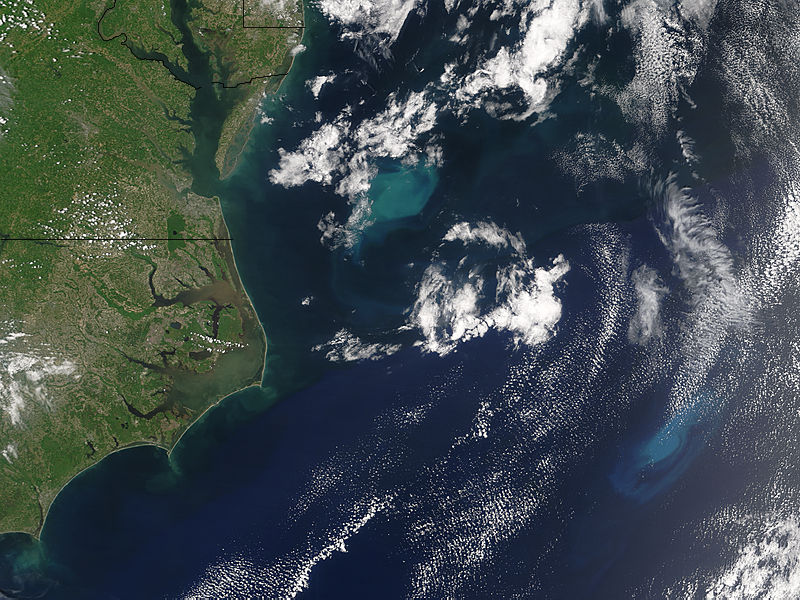 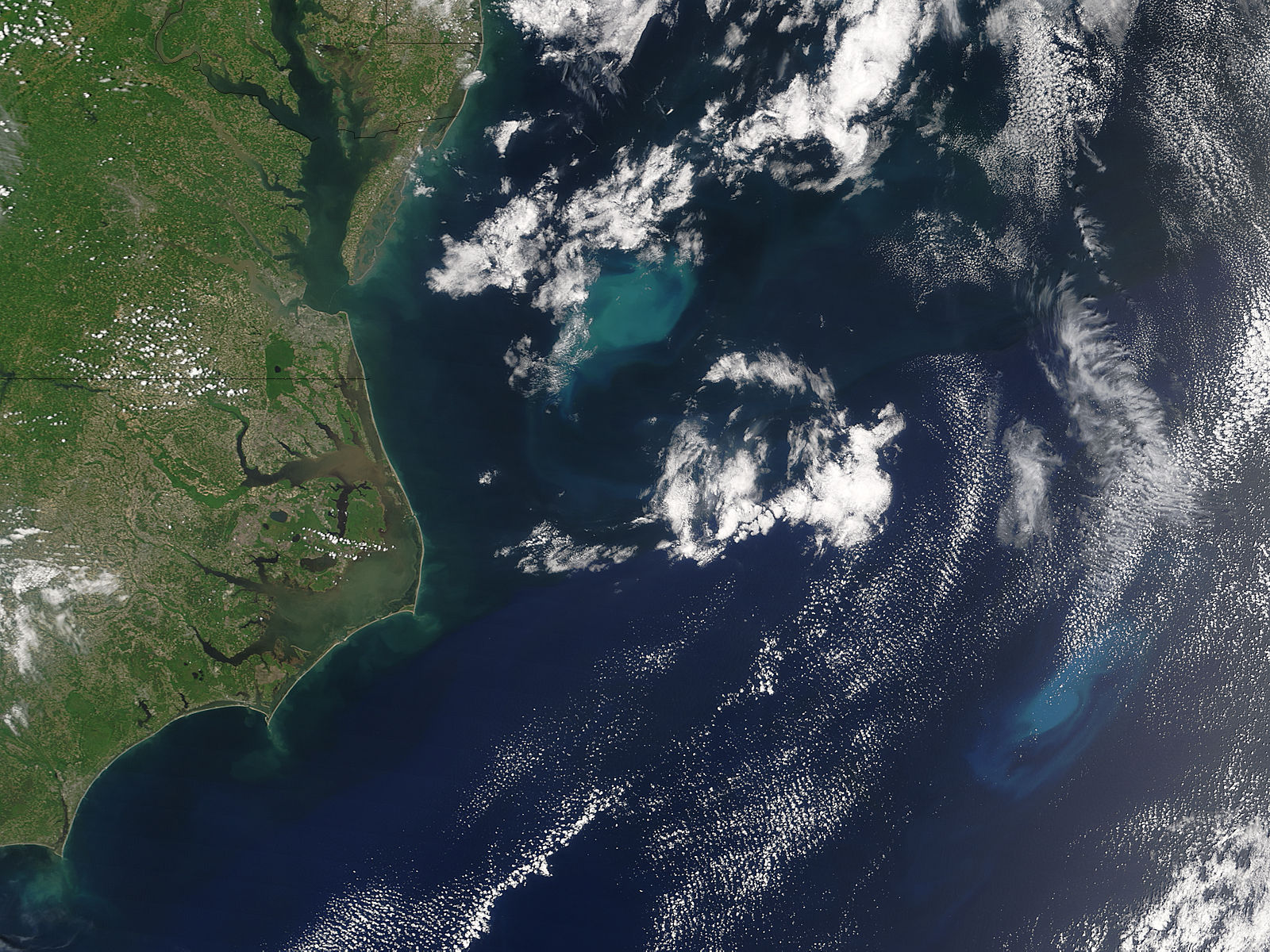 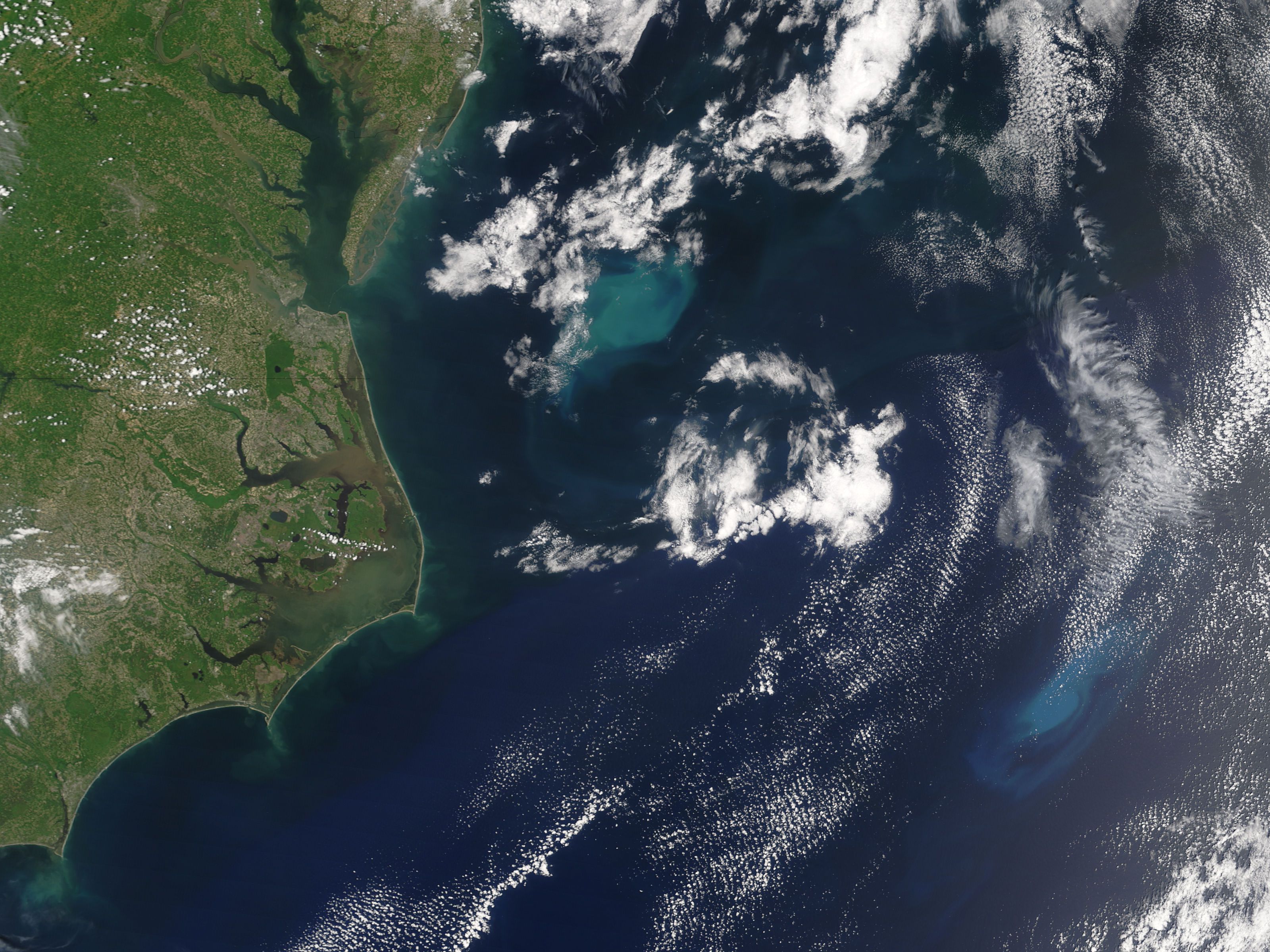 Phytoplankton Bloom off the US East Coast

Milky blue swirls of microscopic phytoplankton float in the waters of the Atlantic Ocean off the US eastern coastal states of Virginia and North Carolina in this true-color image. Judging by the bright blue color of the southeastern-most cloud, they could be a type of phytoplankton called coccolithophores, whose bright white calcite "shells" combine with the deep blue of the open ocean to create this vibrant color. More information about coccolithophores can be found on the Earth Observatory website. Farther south along the North Carolina coast, green-blue clouds of what could be phytoplankton, algae, or sediment darken the water. Acquired May 22, 2005, by the Terra MODIS instrument, the scene is veiled in places by bright white clouds. The Chesapeake Bay is prominent on the coast of Virginia, and the city of Norfolk adds a spidery grey cast at the southern edge of the bay's mouth.