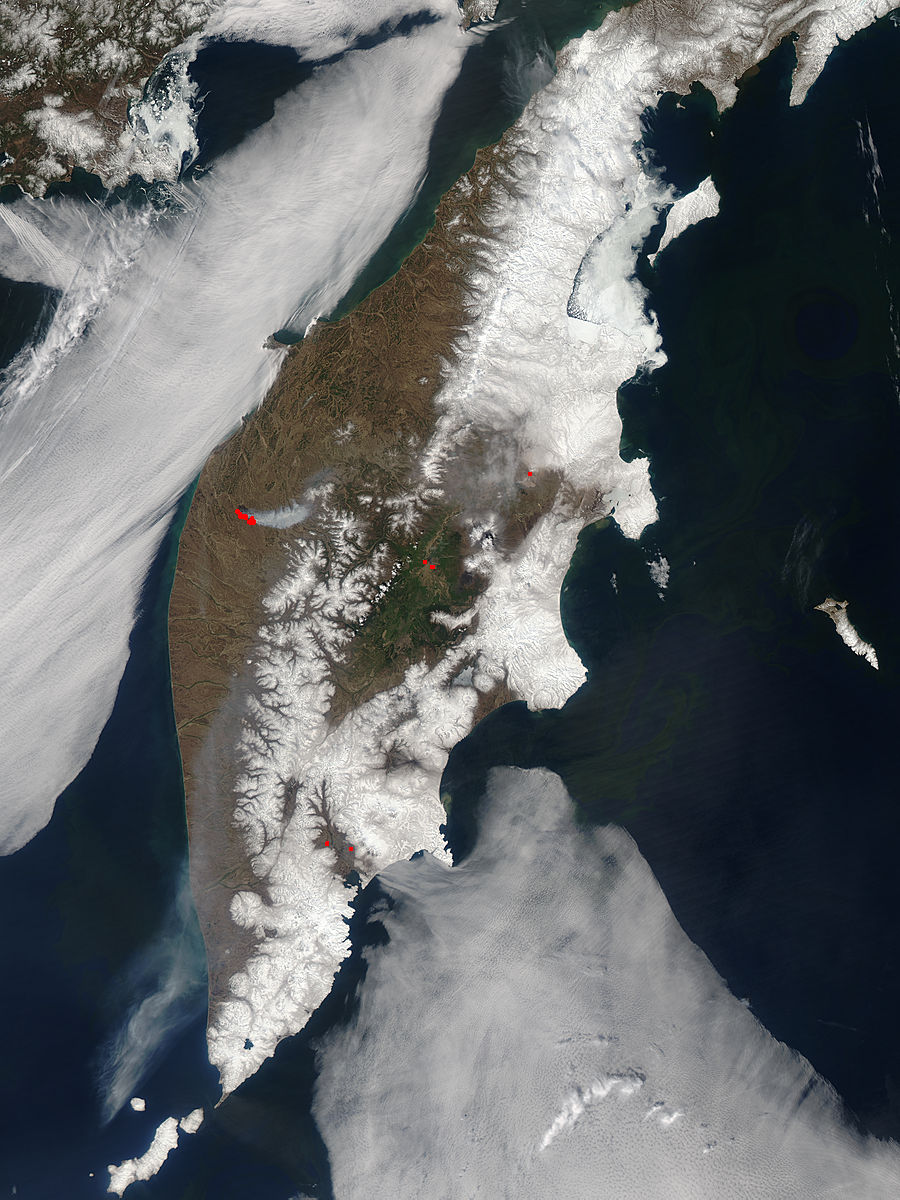 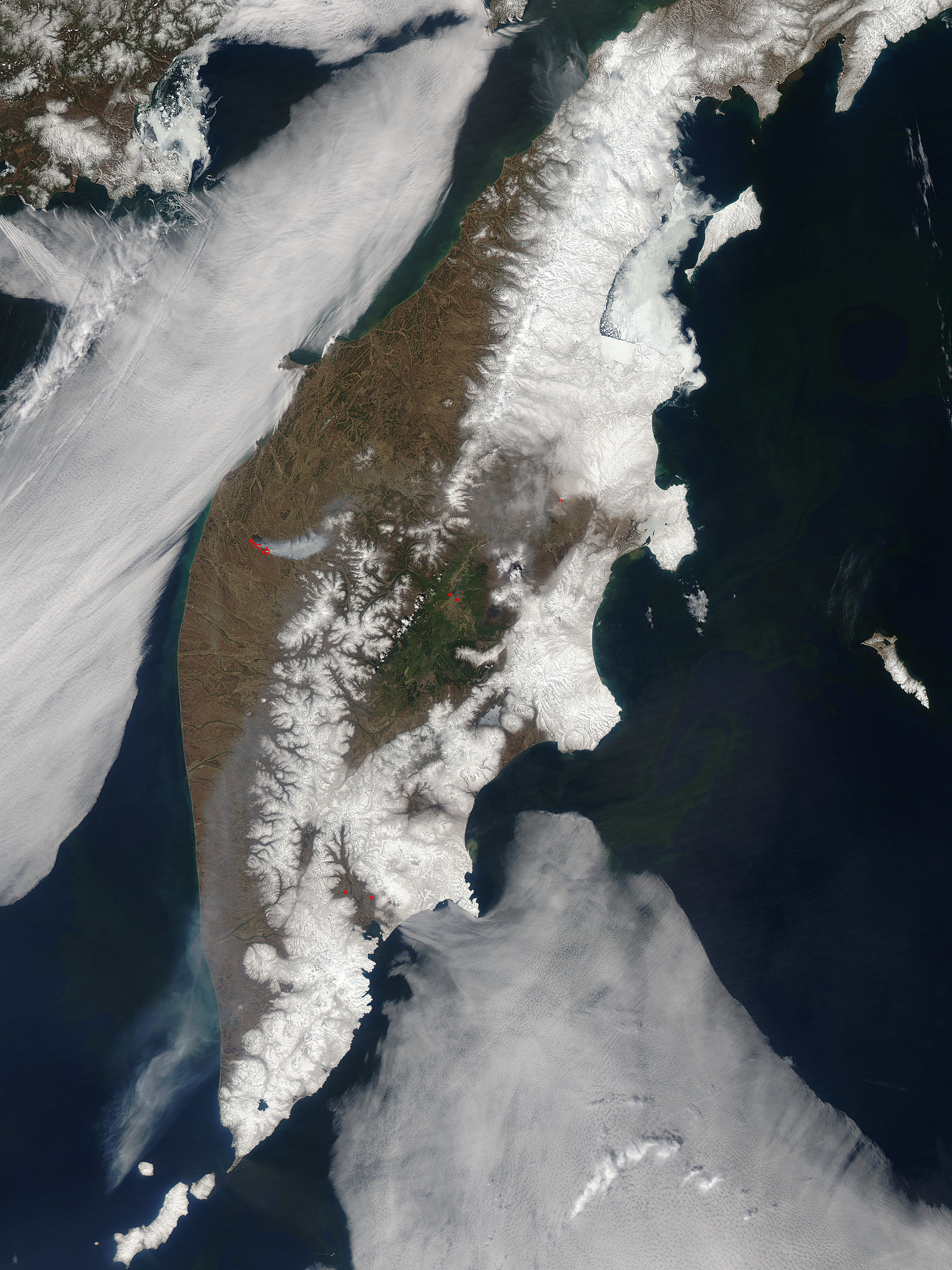 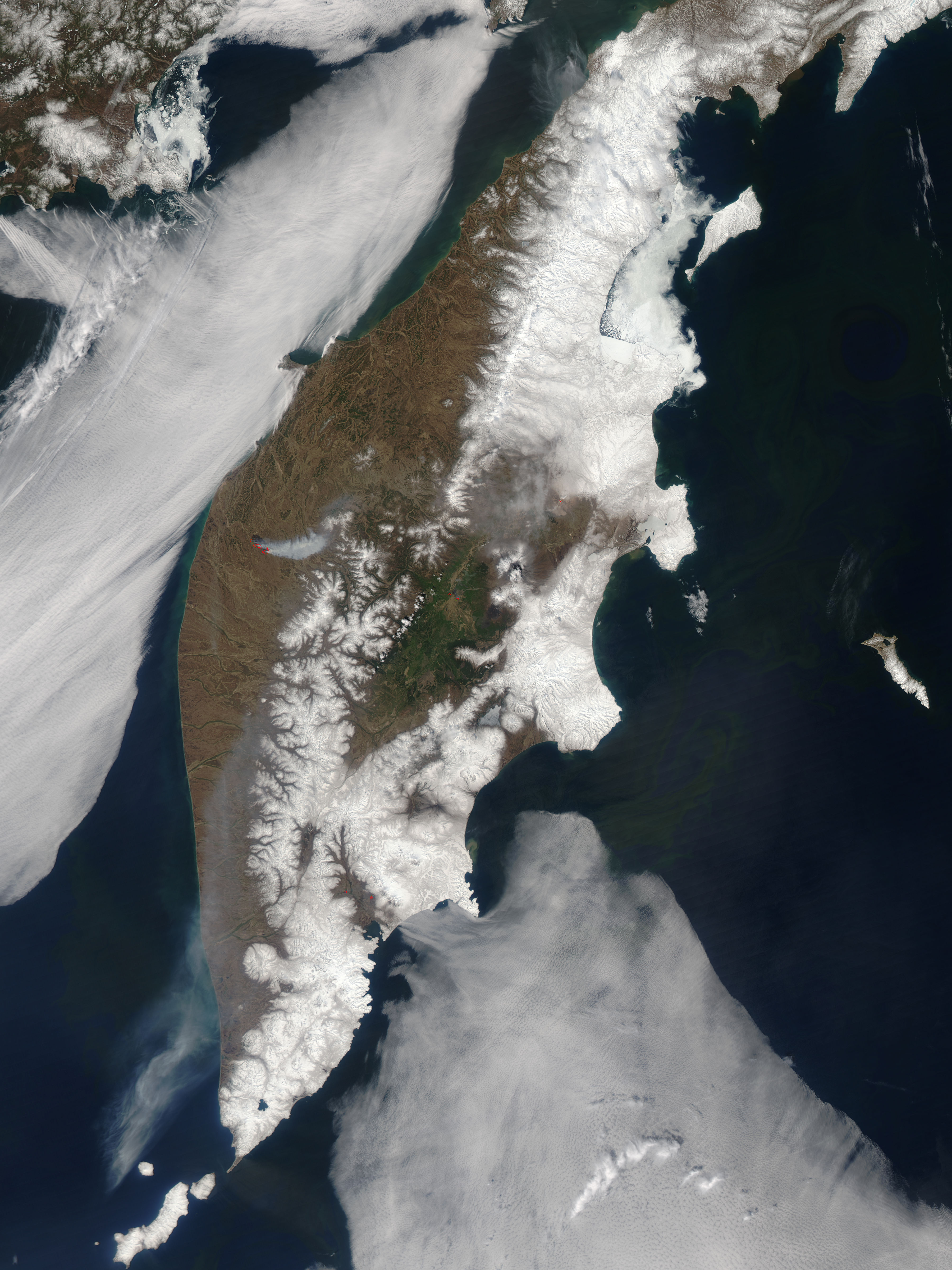 The Sredinnyy Mountain Range runs down the spine of the Kamchatka Peninsula. The volcanic peninsula dips like a dagger into the icy water of the Bering Sea to the east and the Sea of Okhotsk to the west. Dozens of volcanoes are scattered along the mountain range, mostly on the eastern side.

In this true-color Aqua MODIS image from May 28, 2005, a large forest fire (marked in red) was burning on the western side of the peninsula, the smoke from which stretched southward several hundred kilometers and spread into the Sea of Okhotsk. This is one of several large blazes burning in Russia´s Far East. In the underlying image from May 26th, the blaze is much smaller, as is the accompanying plume of smoke. Another couple of small fires across the spine of Kamchatka have also gone out (to the south) or grown (to the north) and split into two.

A the rollover image is available in a variety of resolutions - MODIS Rapid Response website.