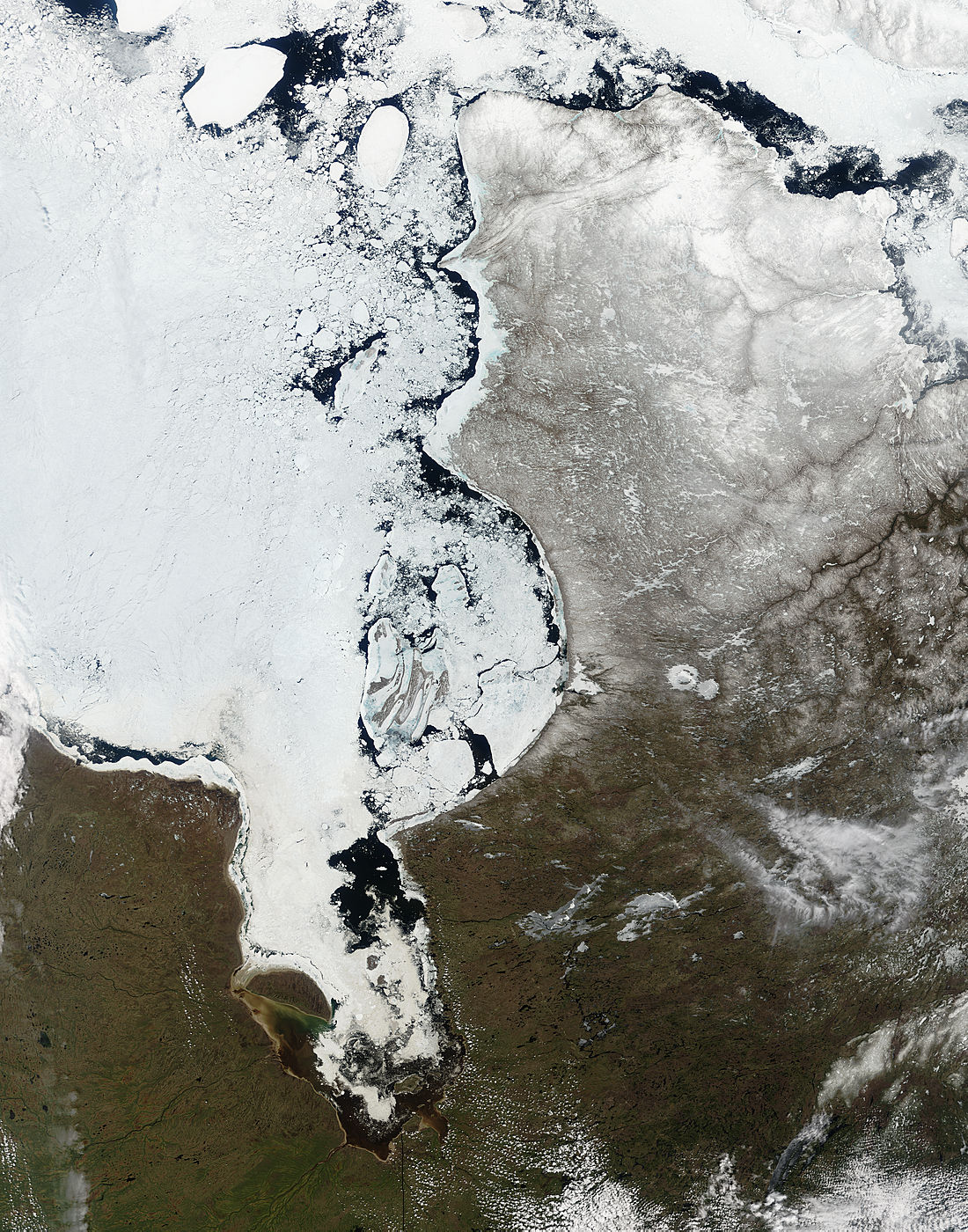 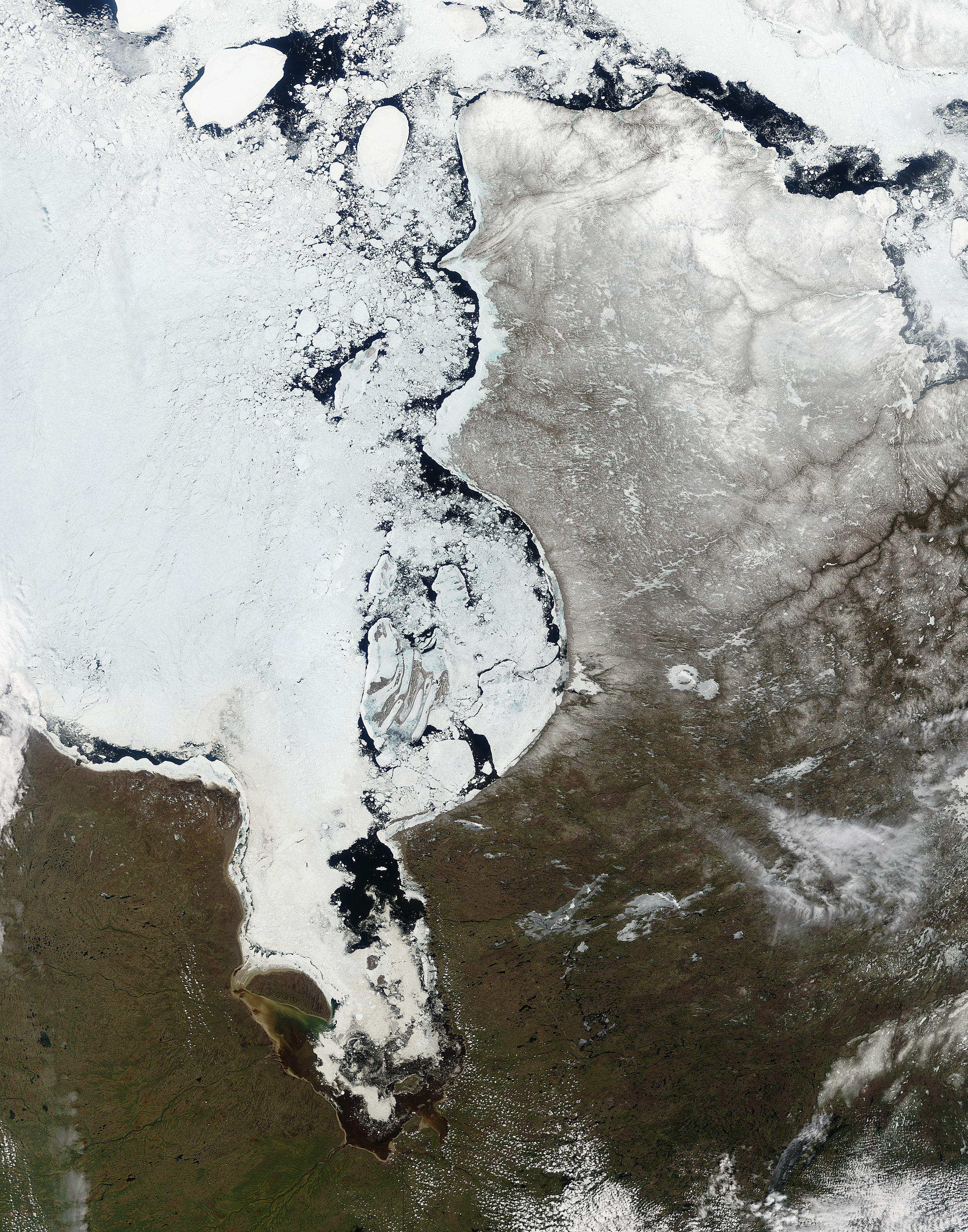 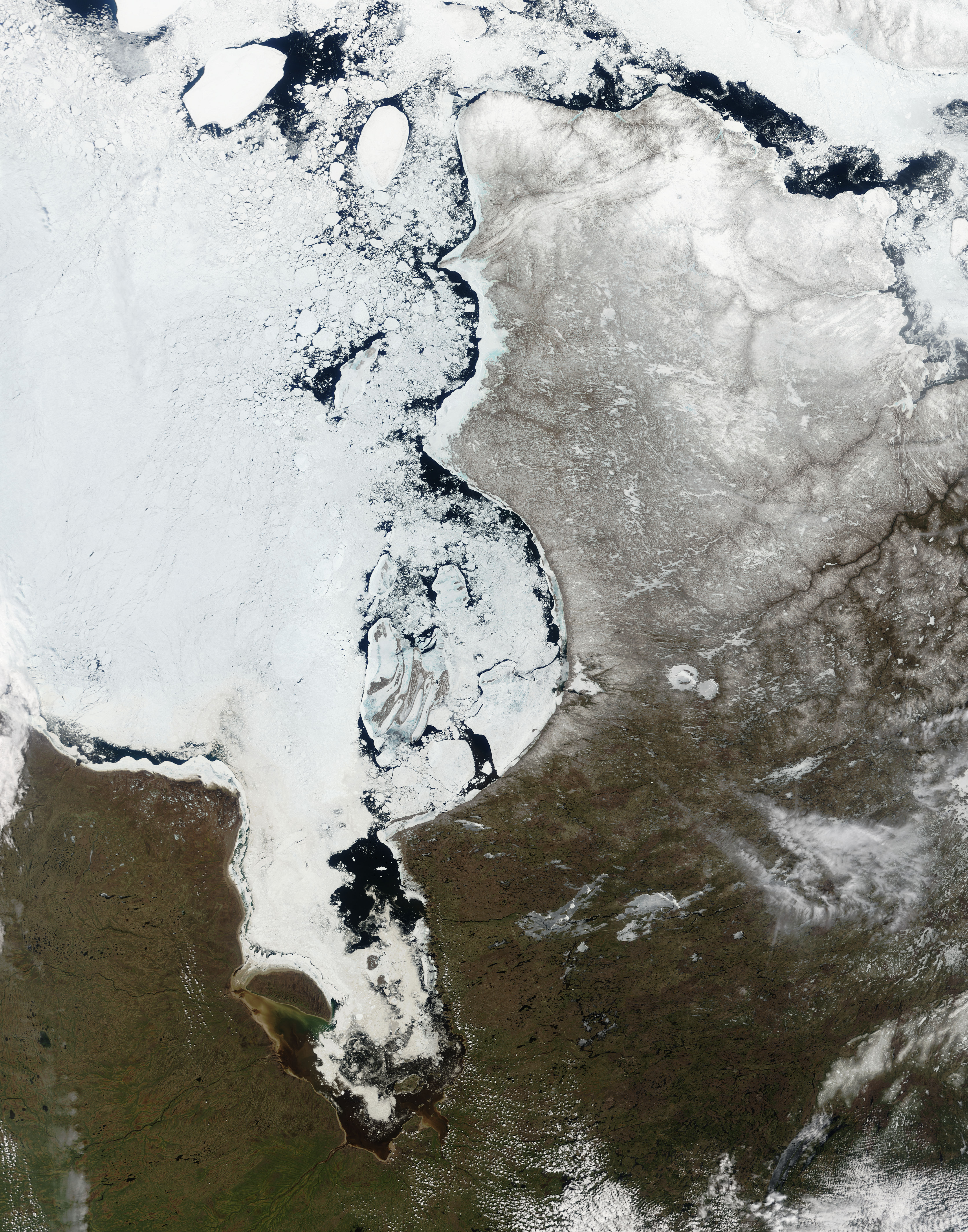 With the coming of spring, the ice on Canada´s Hudson Bay has begun to break up. Large chunks of ice float near the eastern shore of the bay, while the center of the bay, along the right side of the image, remains frozen. In the upper left corner is the Ungava Peninsula, the northern part of Nouveau-Quebec. With its sub-arctic climate, the snow-covered peninsula is home to the Inuit and Cree Nations. To the south green vegetation slowly blends into the winter-brown landscape, another further sign that spring is creeping north. Ontario borders the Hudson Bay in the southwest, the lower left corner of the image, while Quebec forms the southeastern border, lower right. Terra MODIS captured this true-color image on May 21, 2005.