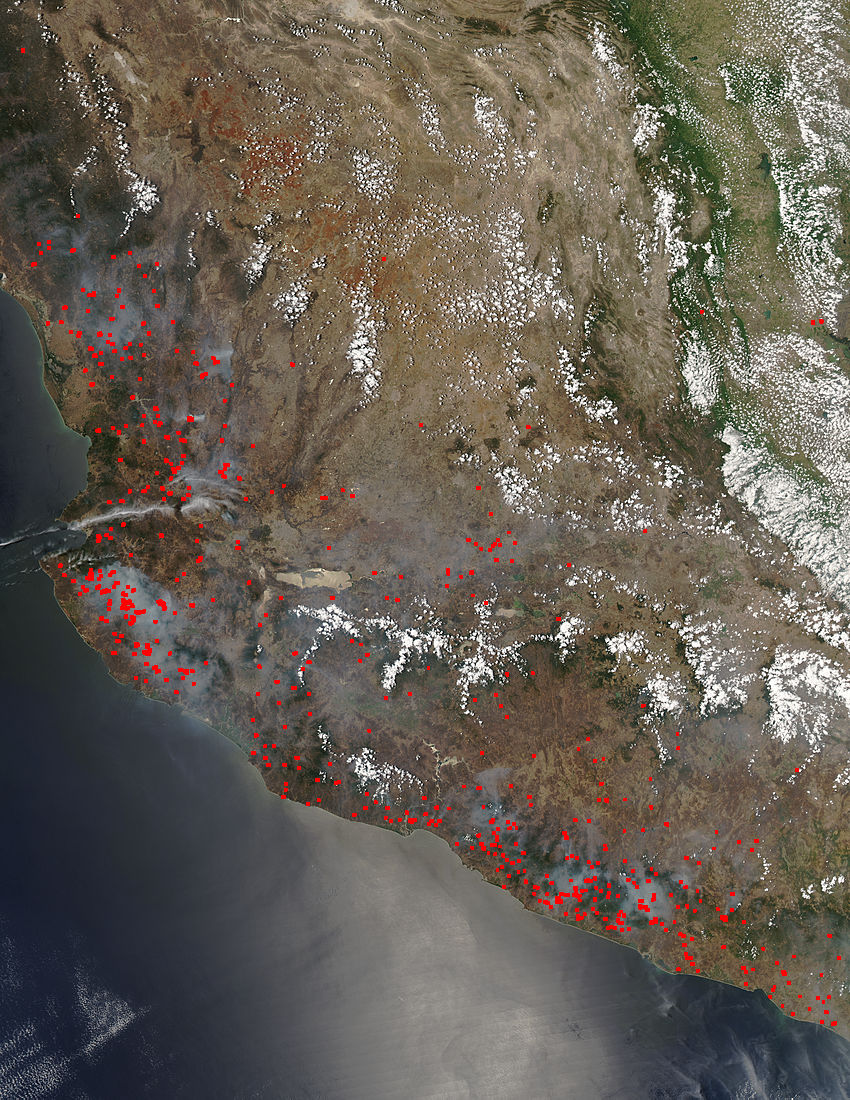 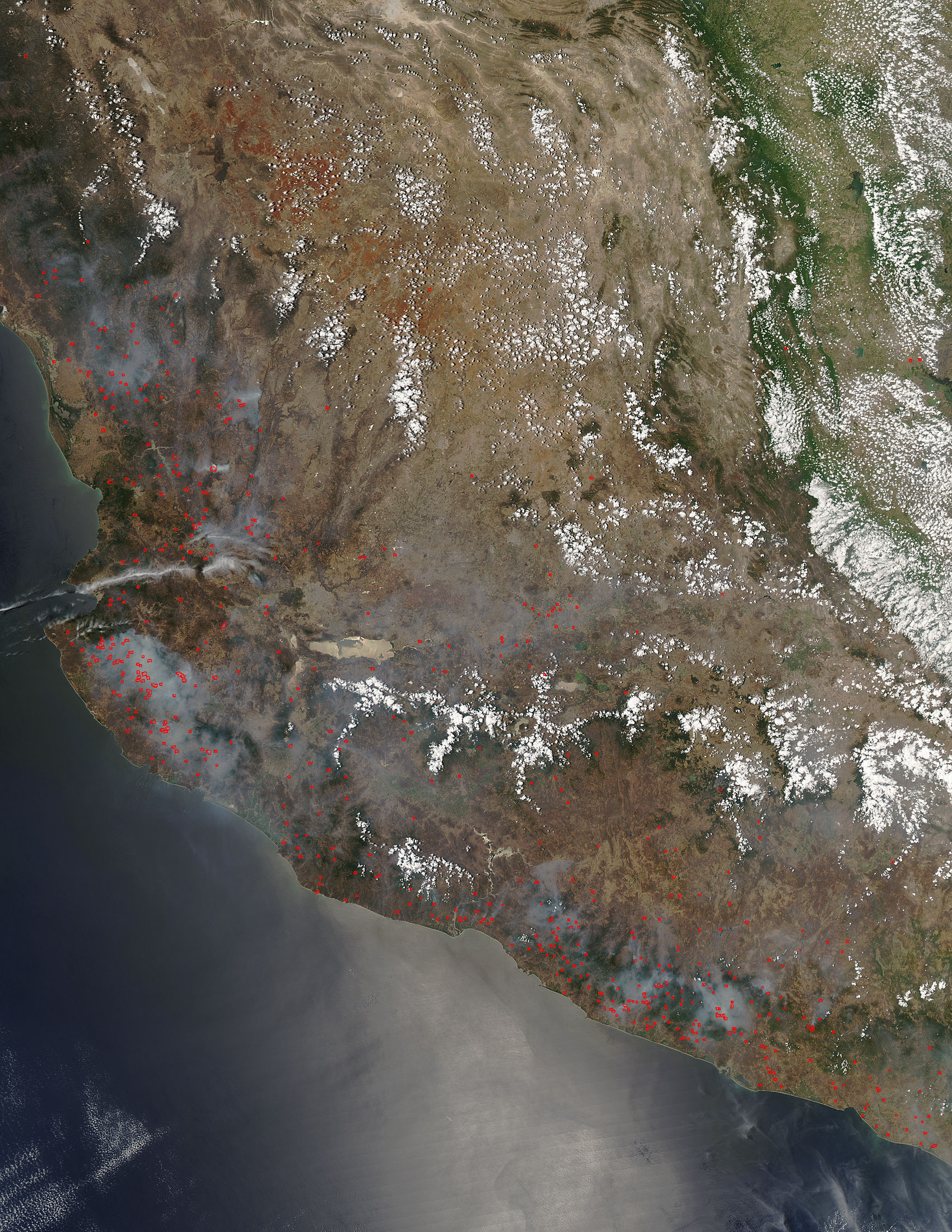 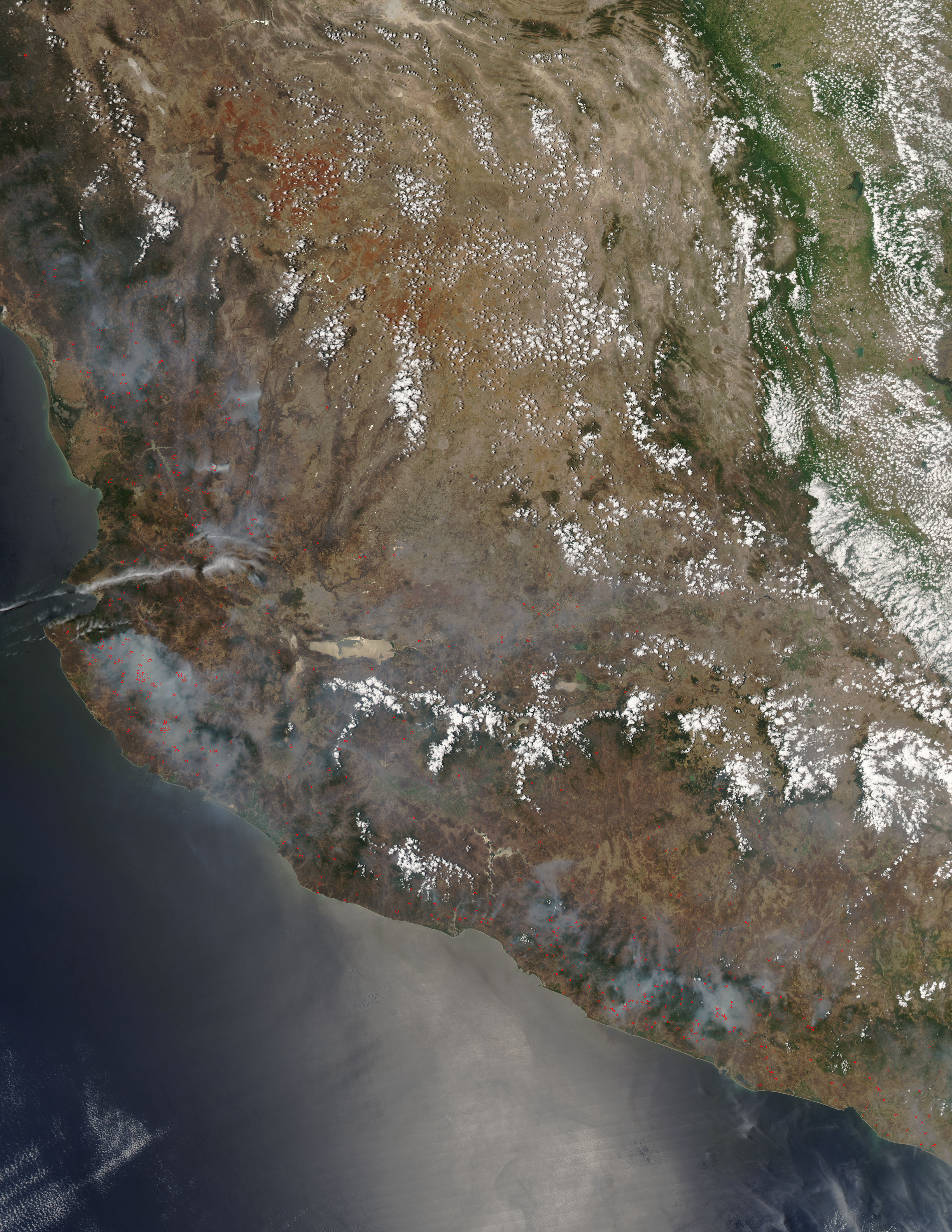 Scores of fires were burning in the mountain chains lining Mexico´s Pacific Coast on May 17, 2005. This image shows fires (marked in red) detected by the Moderate Resolution Imaging Spectroradiometer (MODIS) on NASA´s Aqua satellite in the southern coastal part of the state of Guerrero. The lush green forests of the Sierra Madre del Sur are partially hidden by smoke. The high-altitude cloud forests and other forest ecosystems in this area are some of Mexico´s last remaining large tracts of relatively undisturbed forest. This image has been cropped out of a much larger scene, which shows fires burning up and down the Pacific Coast of Mexico for hundreds of kilometers.