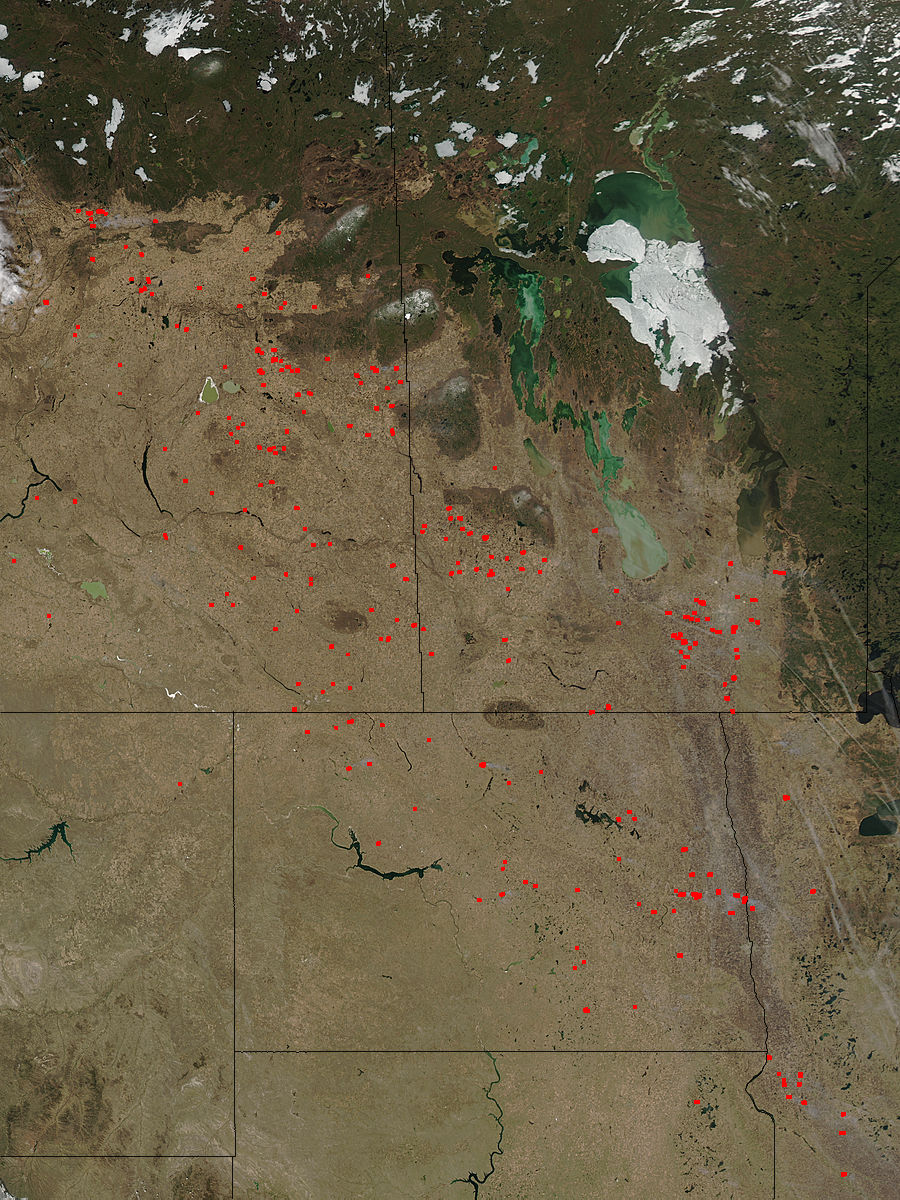 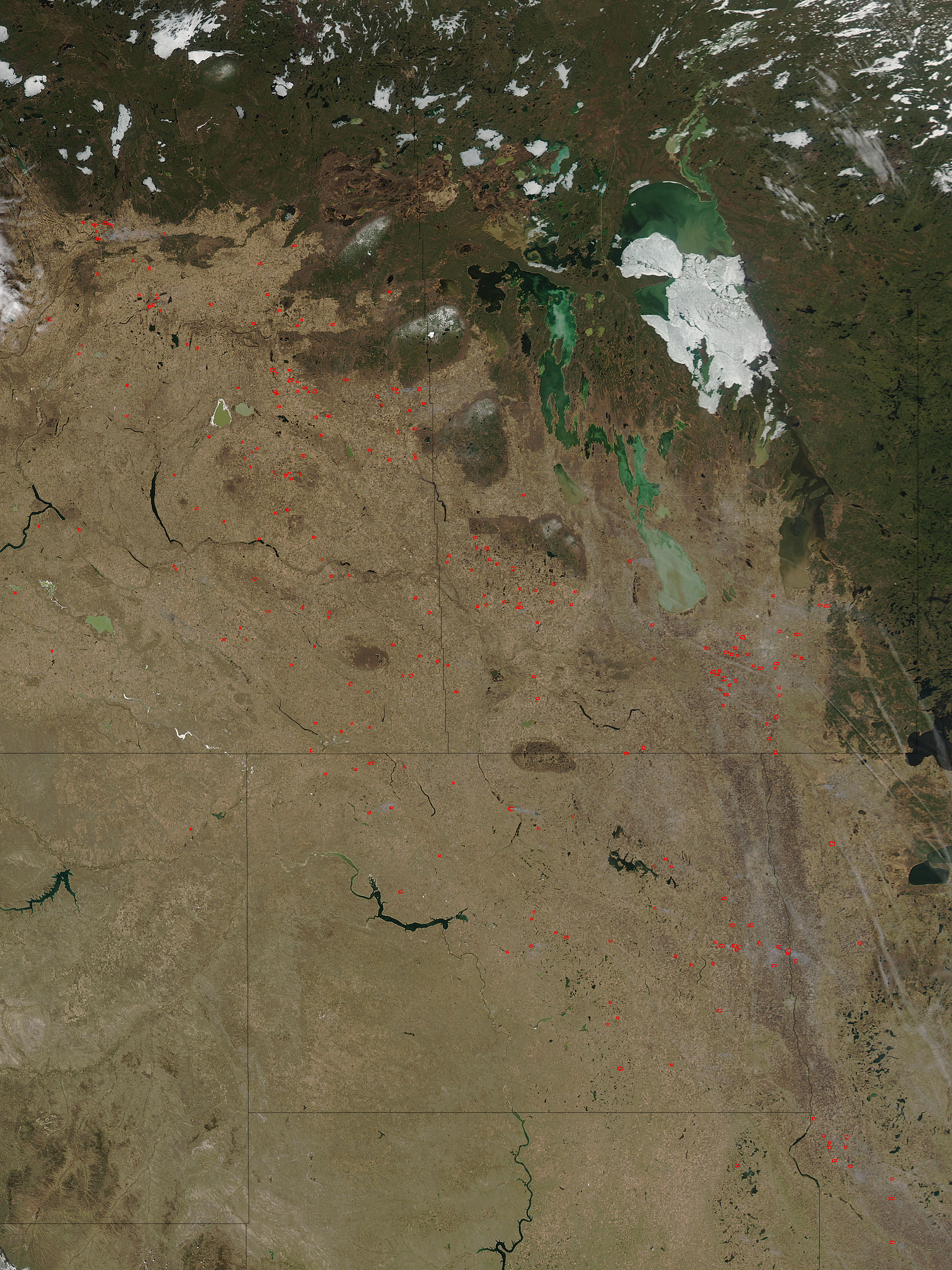 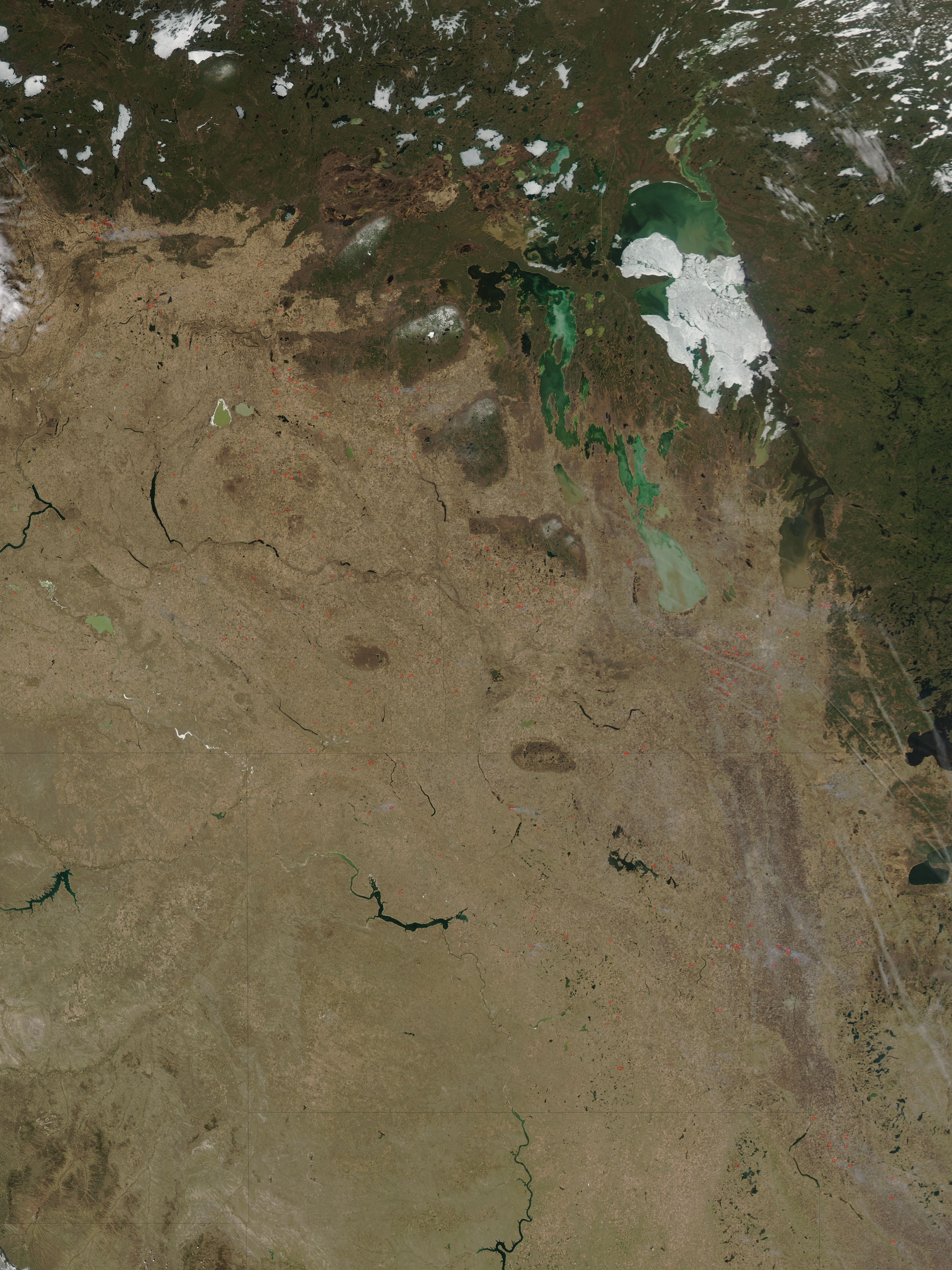 The northern Great Plains of Canada and the United States cover thousands of square miles. This true-color Aqua MODIS image from May 3, 2005, shows a portion of the Great Plains covering Saskatchewan, Manitoba, and a small slice of Ontario, Canada, and Montana, North Dakota, Minnesota, Wyoming, and South Dakota in the United States. Scattered across the region are thousands of lakes ranging in color from deep blue-green and black to milky blue, tan, and even white. In the northern part of the image, many of the lakes are white because their surfaces are still frozen from the cold winter, and spring temperatures have not risen enough to thaw them completely. The largest lake in the scene, Lake Winnipeg, shows the greatest amount of surface ice, while the clear water at its northern end shows swirls of milky tan sediment. To the east, Lake Manitoba is ice free, but also shows swirls of cloudy sediment in its waters. Throughout the scene are bright red dots - these are locations where the MODIS instrument detected heat signatures, which are likely early spring agricultural fires.