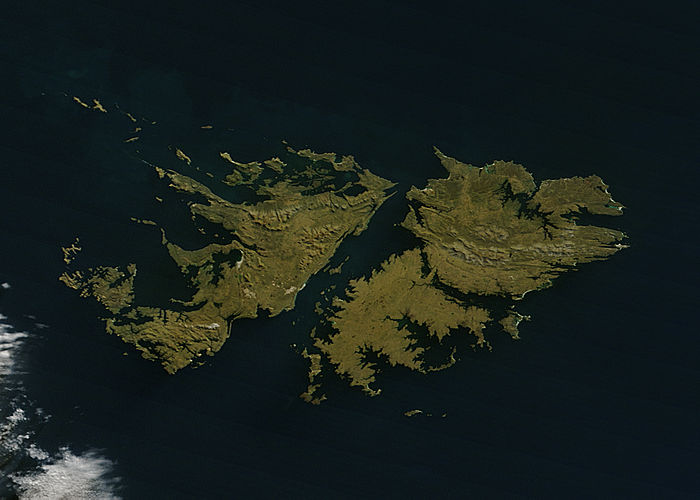 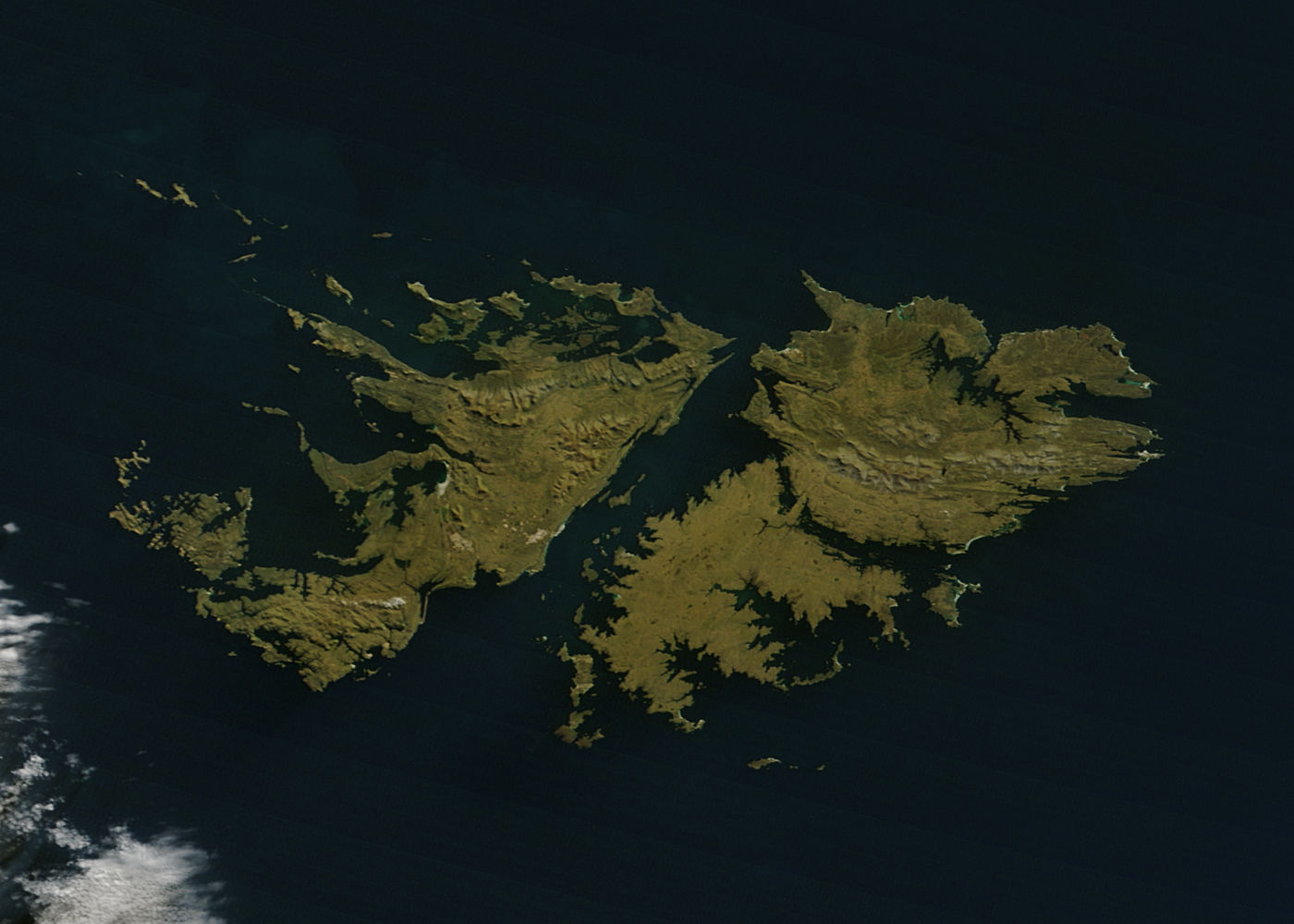 Also known as the Malvinas, the Falkland islands straddle the Scotia Sea and the South Atlantic Ocean about 480 kilometers (about 300 miles) to the southeast of Argentina. In this true-color Terra MODIS image from April 28, 2005, the three islands stand out in a rich green-brown against the deep blue of water. There are two main islands - West Falkland and East Falkland, with Weddell Island coming in at a smaller-but-still-significant third off the southwestern coast of West Falkland. About 200 much smaller islands are scattered around the archipelago. The Falkland Sound divides the two main islands neatly in half.