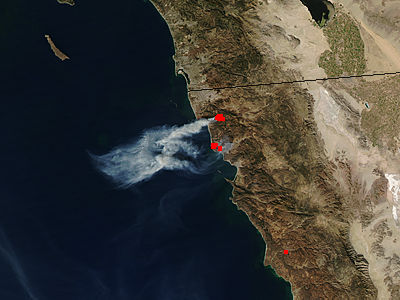 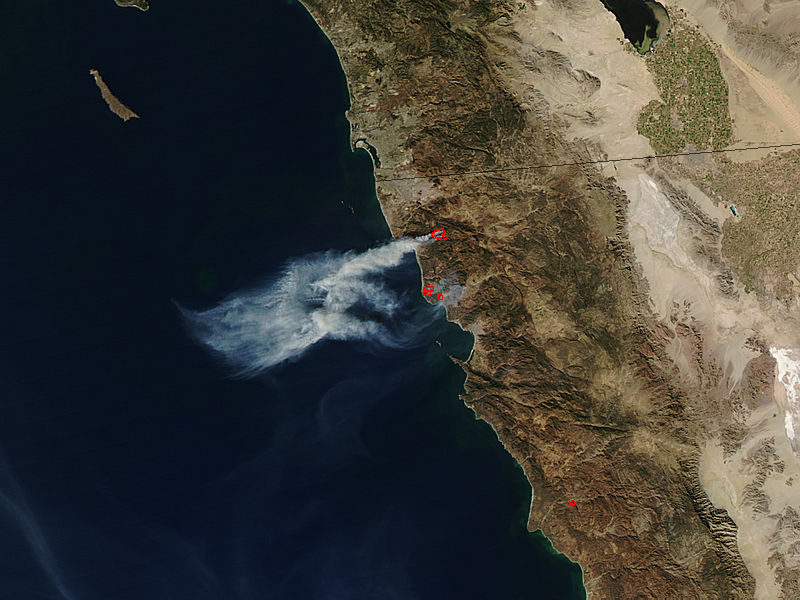 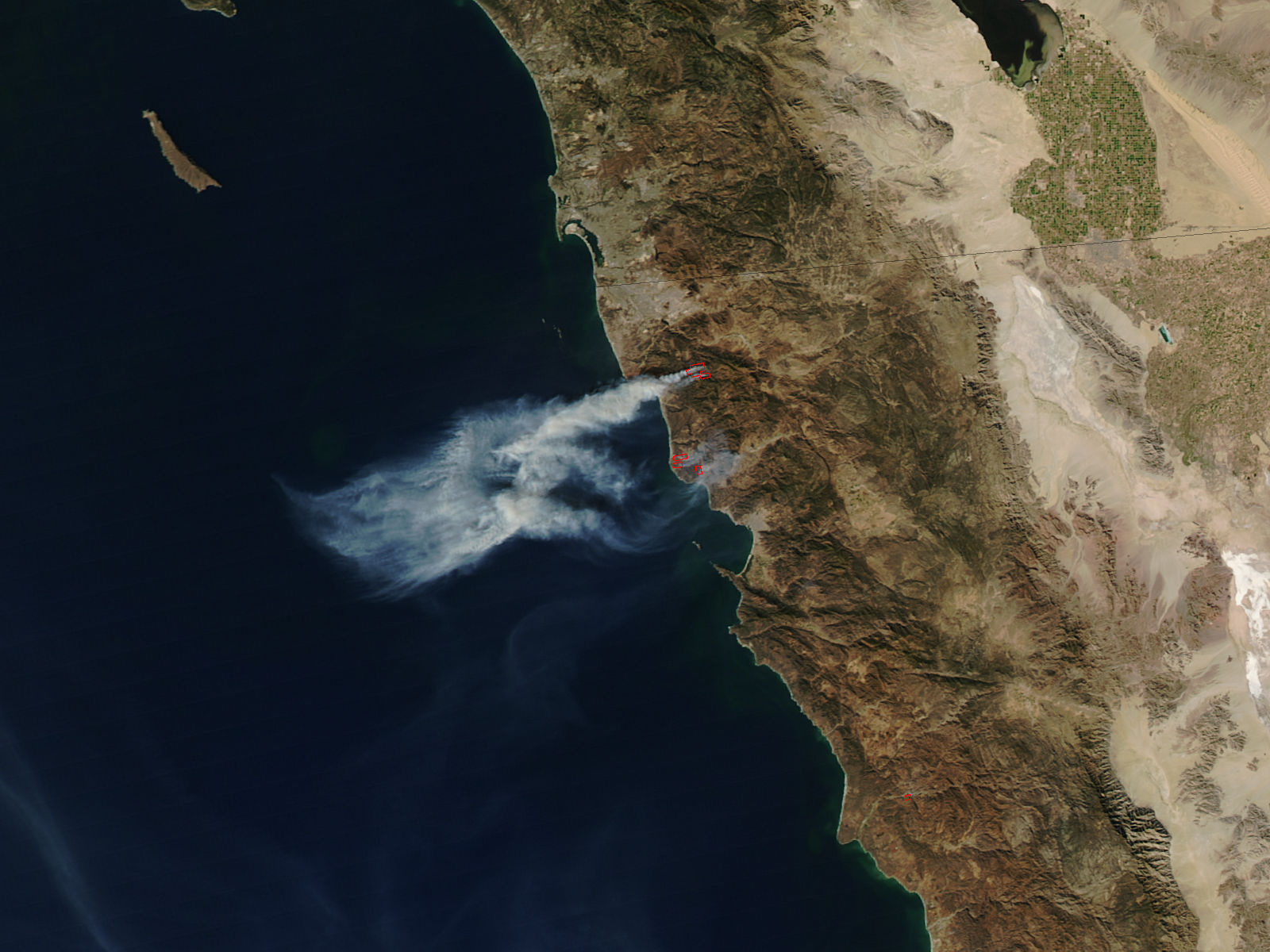 Soldiers from the Mexican army join firefighters in combating two brush fires in Northern Baja California. The fires, located between Rosarito Beach and Ensenada, have encompassed close to 4,000 hectares (10,000 acres) as of November 22, 2005. This chaparral ecosystem, consisting of highly flammable shrubs and grasses, has had a record number of fires this season with over 350. Fire, often ignited by lightning strikes, is a natural process and occurred regularly in the past. Scientists use images such as this one to monitor and measure the spread of fires and to target areas for more intensive reconnaissance, such as helicopter surveys.