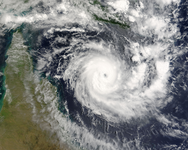 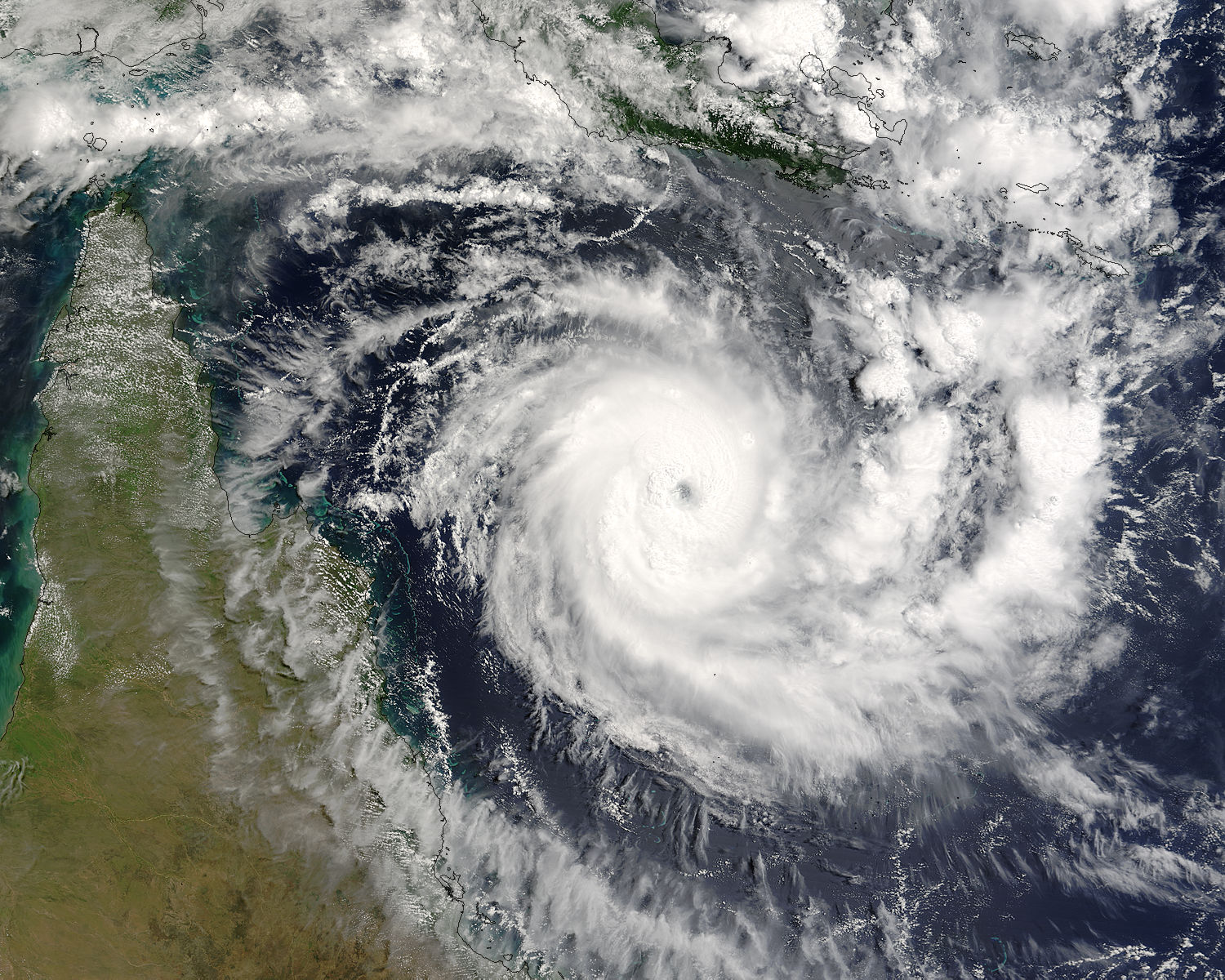 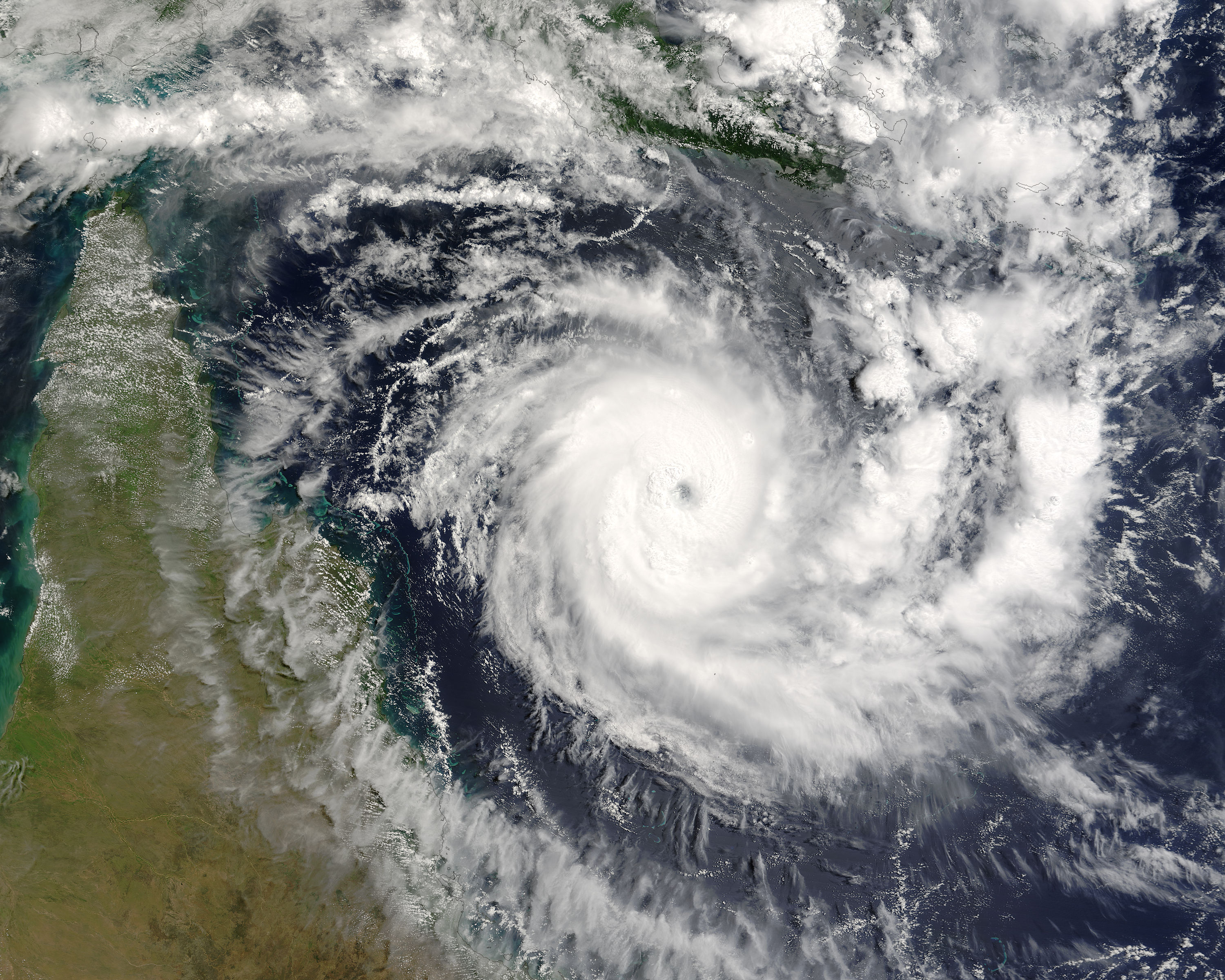 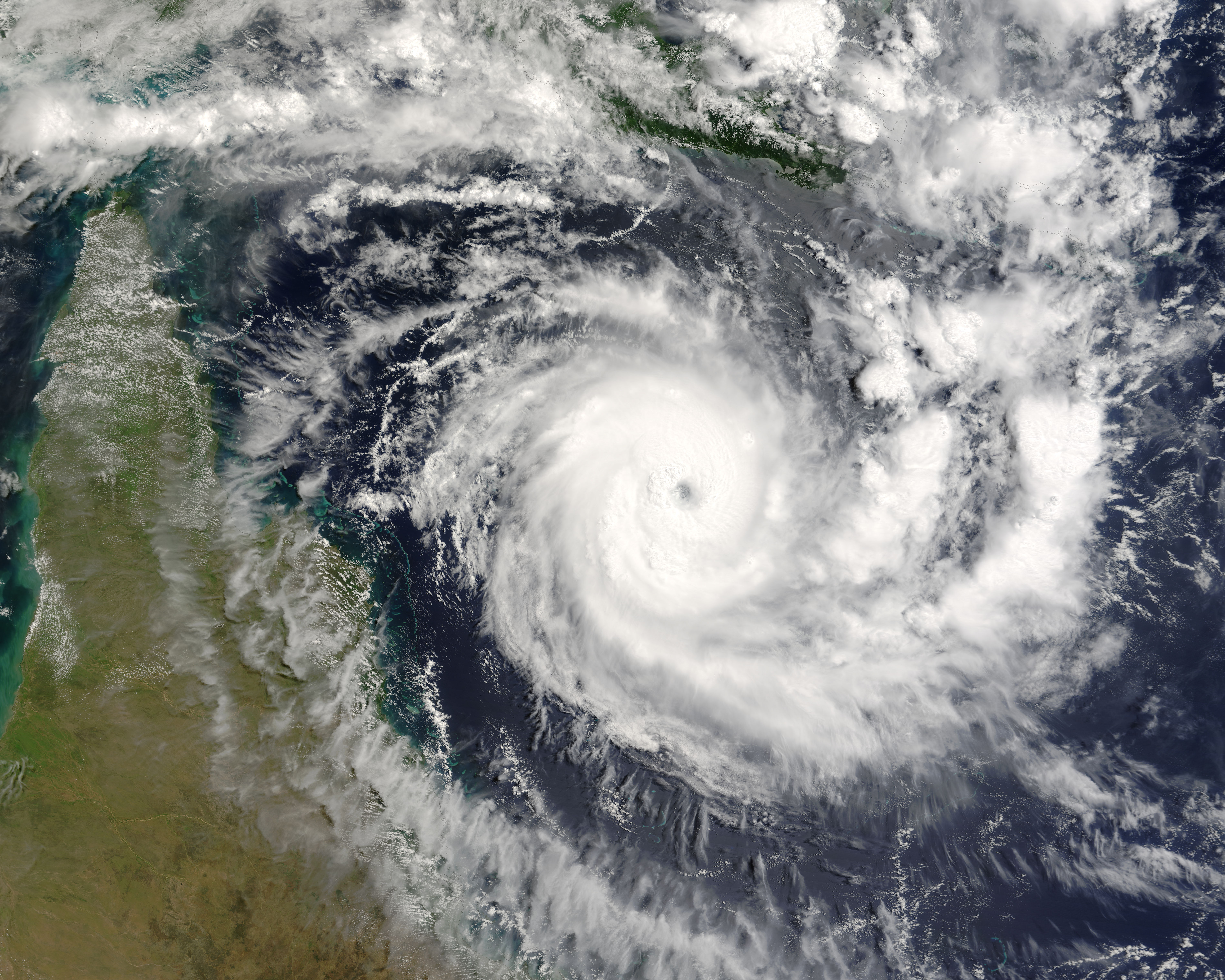 Tropical Cyclone Ingrid is slowing inching its way west-southwest over the Coral Sea towards Queensland, Australia. The storm developed into a cyclone early on March 6, 2005, and quickly intensified into a massive Category 4 storm within eight hours. On March 7, when the Terra MODIS instrument captured this image, the storm had winds of 121 knots (140 mph) with gusts to 147 knots (1 knot = 1.15 mph), though it was only moving at 2 knots toward the Cape York Peninsula. The Joint Typhoon Warning Center expects Ingrid to continue to intensify as it moves closer to northeastern Australia, possibly coming ashore as early as March 9.